Paris Hilton wasn't at the Sam The Record Man auction today but based on the throngs of media who showed up one might have reasonably concluded that she was trying to fit in some last minute shopping before her appearance tonight on Larry King.

I overheard at least a handful of people complaining that the media should get the hell out of the way. Early on, they were crowding the auctioneer making it nearly impossible for participants to get a close look at the goods. 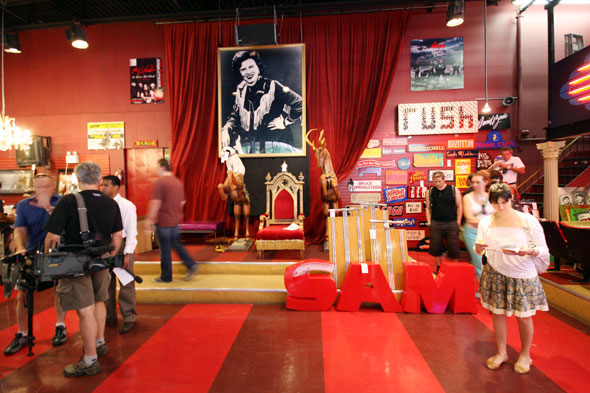 I can't claim I wasn't part of the guilty throng. While I did register to participate in the auction (and plonked down a mandatory $300 deposit on my credit card) I was truly more of an observer than a participant and didn't once raise my hand to offer a bid. 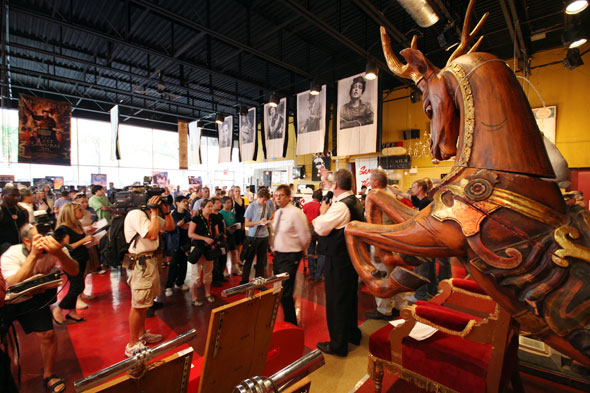 But bids there were. The auction process was fast and furious. With hundreds of items to get through the auctioneer didn't waste time before moving on. Some of the early items - mainly framed CDs of unfamiliar Quebecois artists - didn't even sell (not even for $5) but once the gold and platinum records came up for auction things started to heat up a bit. 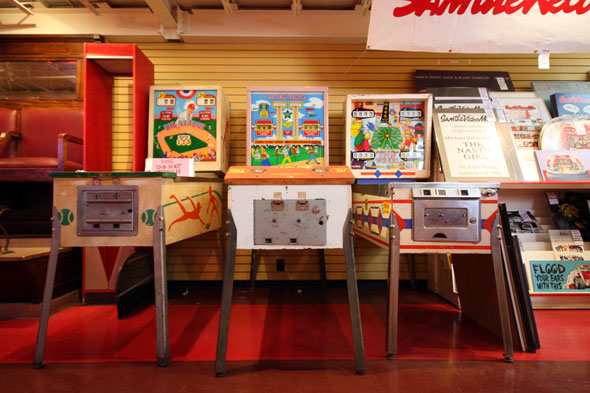 Beyond all the music paraphernalia, there were a lot of interesting hard-to-find collectable items. The pinball machines (above) sold for $200, $325 and $350. The shoe shine bench (that the auctioneer is briefly resting on below) went for $2000. A more standard Phillips TV (in working condition) topped out at only $40. 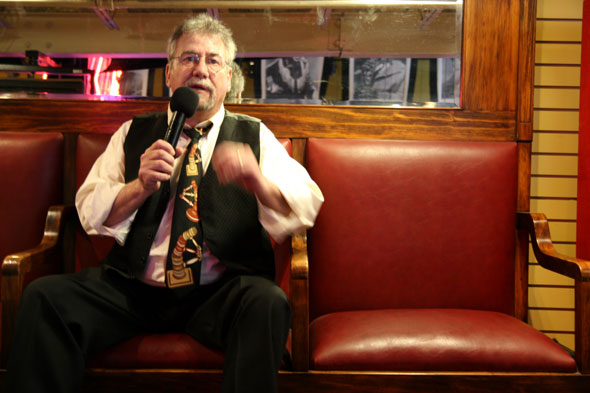 Here's a look at the auction room. 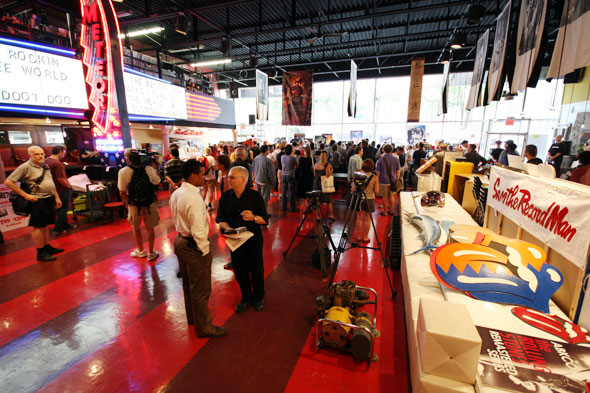 This was one of my favourite items - a yellow antique jukebox. It was lot 570 and unfortunately I couldn't stick around to either bid on it or see how much it sold for. 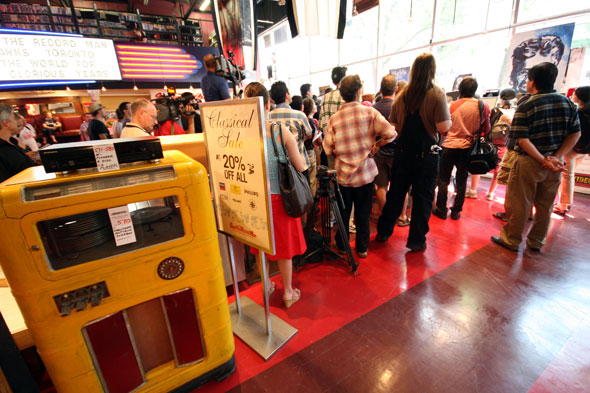 Not sure why Sam had a swordfish. A similar vinyl banner sold for $175. 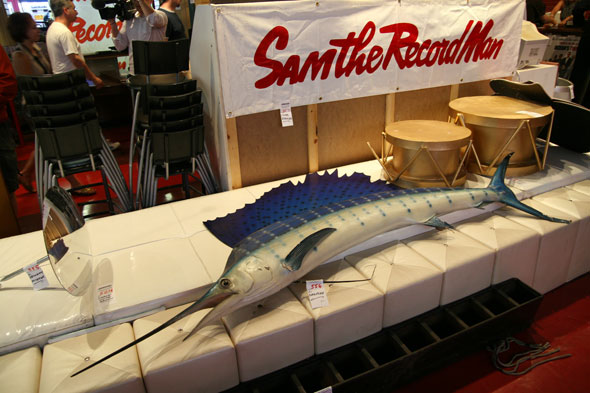 Miscellaneous signs. There were lots of these up for grabs. 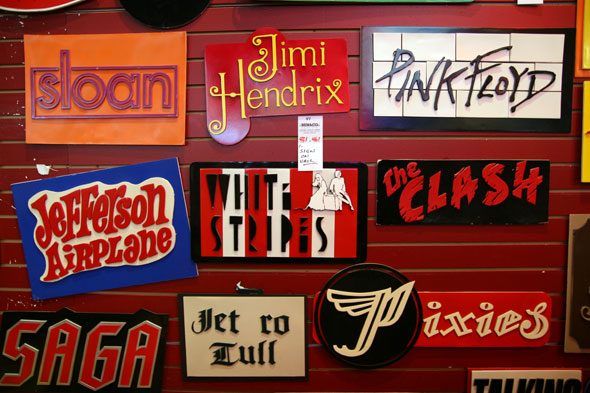