A while ago I stumbled upon frequent blogTO commenter Alden's attempt to create a virtual Toronto in the city-building video game SimCity 4. In the month since I originally highlighted his work, the virtual city has been growing steadily, having now reached a population of 28 000.

When we last checked in the young Toronto was suffering from unemployment. The good news is it seems to have recovered, and has begun even more to look like the city we live in today. 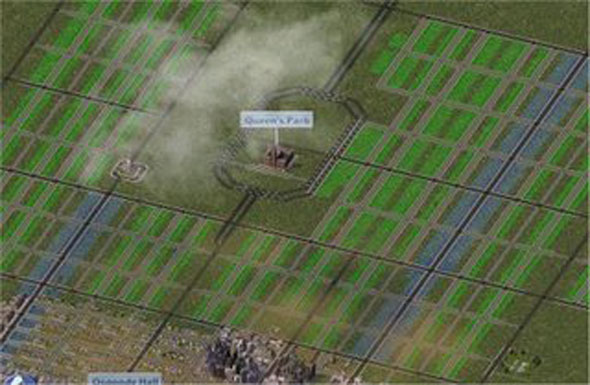 Deciding the development of Queen's Park was an important step in Toronto's growth, Alden made some room for the provincial headquarters. To keep the young Torontonians educated, he put in a few schools, although the University of Toronto has yet to make an appearance. As streets like Yonge, Church, and Jarvis extended north, they became heavily residential, laying thr groundwork for something that has always defined Toronto's downtown: it's livability. 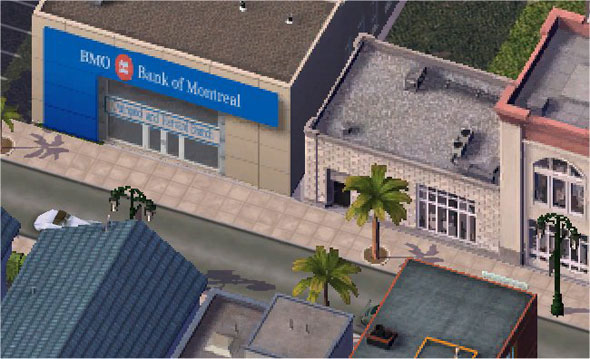 Another nice reflection of reality is the appearance of the city's first Bank of Montreal around Wellington and Bay street -- true to form the financial district is taking over the heart of downtown. I wish we had more of those palm trees that are surrounding it, though.

The next steps should hopefully see some of the city's more original structures: the TD Centre, Scotia Tower, and RBC are all included in the game's list of iconic buildings. We'll just have to wait and see what develops...