Your morning news roundup for Thursday May 31st, 2007:

Is heavy metal making a come back? at Queen's Park? Higher than acceptable levels of lead have been found in the water in Toronto, making it not so potable. That it was discovered at the provincial legislature is rather iron-ic (go ahead, slap that knee).

Frog legs or hot dog? A local chef treated City Hallers to a special treat yesterday, reminding them that Toronto wants changes to street food laws. Be there on July 13th to sample a wider variety.

A massive, bikini-clad beauty on an advertisement on the side of an apartment building along the DVP is causing a stir because it may be a safety hazard when it distracts drivers and pedestrians. And it doesn't have required permits, apparently.

Ontario wants to cut greenhouse-gas emissions by 10% by 2020. While that barely seems like a dent in the save-the-world campaign it is enough to warrant threats from the oil industry that we'll pay more at the pump.

What should be done with the legendary, flashy Sam the Record Man neon sign? Spacing Wire and its readers are having an interesting conversation about this very question. A (reactionary? premature?) petition is also already in the works on Facebook. 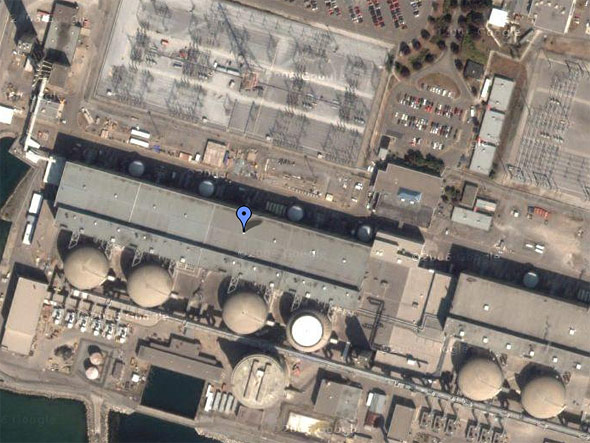 This week, the Crossroads puzzles are meant to challenge your knowledge of areas outside the core, and in some cases outside of Toronto proper. How well do you know the outskirts? Recognize this location in/near Toronto? Post your answer in the comments, and check for the answer in tomorrow's blogTO Morning Brew.