Your apocalyptic morning news roundup for Friday May 25th, 2007:

300 new residential homes are slated to be built at Talisman Ski Resort 1.5h north of Toronto. Is a second home the new cottage, or are hardcore skiers going to live there and commute to the city to work?

The TTC subway was back up and running yesterday but not before signalling problems forced them to shut down the entire University section of the downtown U-loop from 4:30pm-5:30pm. The timing couldn't have been worse.

More carpooling/HOV lanes are coming to the GTA, and, according to our Transportation Minister, by 2031 nearly all 400-series highways will have them. I'm thinking we should have stackable hovering lanes by then. Or we'll all be living underground.

OPP had a hand in busting a major international casino cheating scheme, and Orillia's Casino Rama was one of the locations hit. A collective of 15 people managed to win $5million before getting nailed.

We' broke a new record high temperature for May 24th yesterday, and today it's once again expected to reach about 10oC higher than the normal. Yesterday in Calgary it snowed. The end is near and you're all invited to drink the punch. 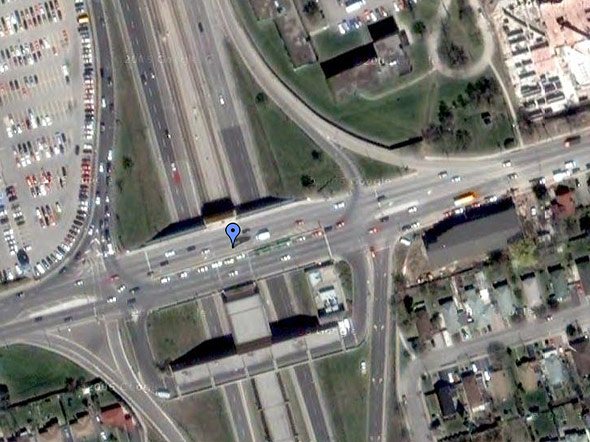