Why did the geese cross the road? To get half way across the 401 nearly causing a few traffic accidents and forcing the OPP and animal services to close off part of one of the busiest roadways in North America. Oh, Canada!

The parents of the rugby player that was tragically killed after being assaulted at a match are keen to see the charges against the accused dropped. The crown has already filed aggravated assault charges and pending the autopsy report are not yet ruling out manslaughter. Should the crown recognized the parents' wishes and treat this incident as a freak accident, or push the book at the accused to set an example?

The Toronto FC picked up their first ever win, the Raptors GM will be named NBA executive of the year, and Team Canada went undefeated to take home the World Hockey Championship. Three cheers! 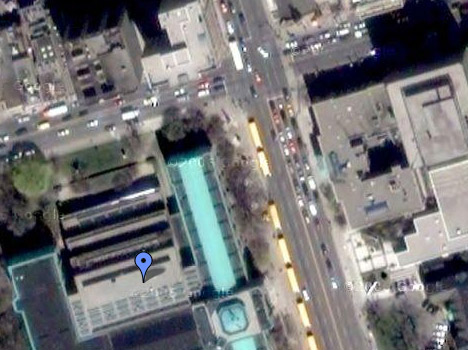 Recognize this part of the city? Post your answer in the comments, and check for the answer in tomorrow's Morning Brew.