Your quote-heavy morning news roundup for Thursday May 10th, 2007:

Torontonians are being gouged at the gas pumps. We're now being overcharged by about $0.15/L and it's been going on since hurricane Katrina in 2005. These are the findings of a think tank study and the results are stunning: "every penny per litre generates an additional $1 million for the oil and gas industry every day from gasoline sales alone".

The Jays are on an 8-game losing streak, which "is frustrating because we are not that bad," says Lyle Overbay. The team is now owning an embarrassing .394 winning percentage and is a whopping 9.5 games behind the division leading Red Sox.

The AGCO is looking more closely at liquor licenses at arts events in Queen West. On the weekend, the opening party for the Contact exhibit at the Museum of Contemporary Canadian Art (MoCCA) was cut dry early due to an error on their permit, and nearby SPIN Gallery has also been spot-checked. Art is so much better with wine. "I don't understand what the urgency is with invading the gallery scene on Queen West, looking for minor permit violations," said David Liss, the director of MoCCA. 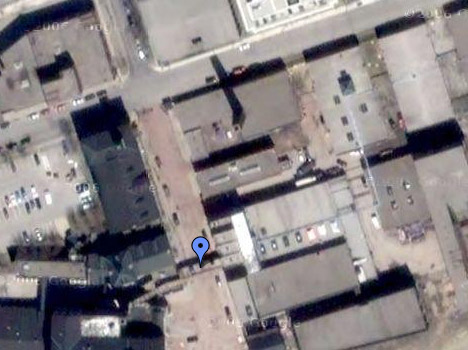 Yesterday's answer: The CBC Building on Front St (at John).