Forget the relationship between Japanese animation and 17th Century 'floating world' Ukiyo-e woodblock prints (and its ironic, homophonic shadow: the 'Sorrowful World'--the earthly plane of death and rebirth from which Buddhists sought release). Likewise unnecessary is namedropping Bakhtin and trying to ground Cosplay in theory of the carnivalesque. It's doubtful any of the estimated 13,000 attendees from places as far a-field as Indiana and Montreal (and some further a-field than this galaxy) considered their presence at Anime North in relation to the Carnaby Street poseur culture of the '70s while they were snapped for one of countless 'photo-ops' and probably don't care much for being the subject of your cultural anthropology Ph.D thesis or grounding their fun in any serious academic foundations. They're just here for a good time, a little art therapy, and to carry around some big-assed swords and seriously fuck-off artillery! 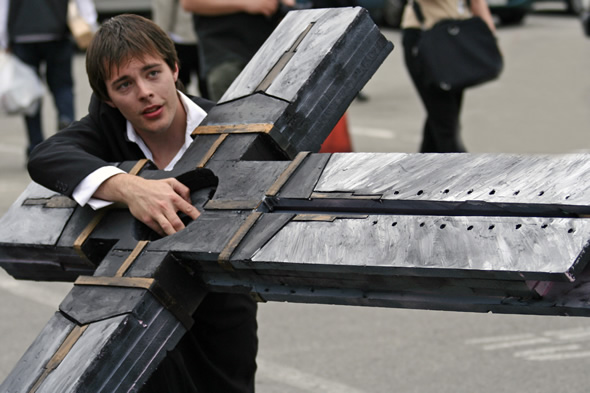 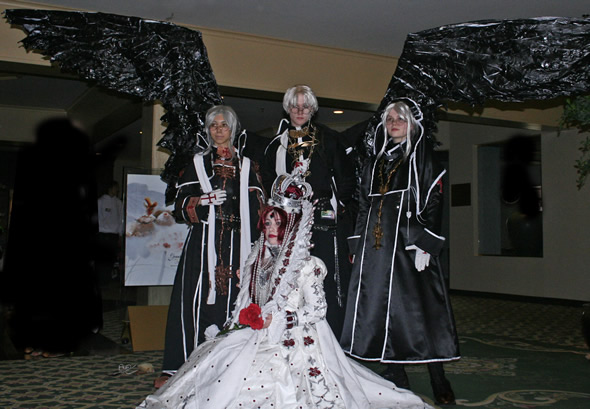 The convention, taking place between the 25th-27th of May at several hotels near the airport provided a perfect place to indulge your inner 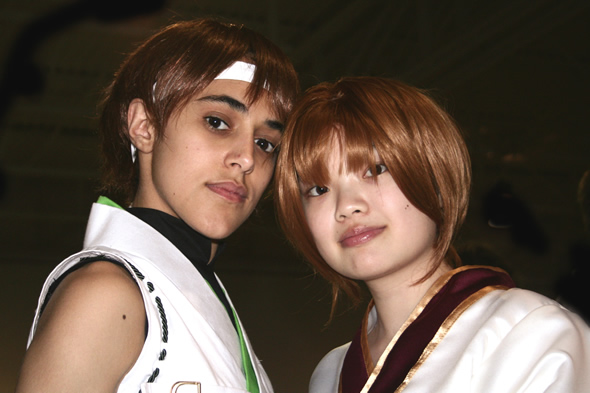 otaku, buy some Grandizer merch, a pair of furry cat-ears, a gothic maid costume and a manga or two from the various stalls scattered across the Toronto Congress Centre; you could also discuss the finer points of your favourite cartoons and and indulge in a few surreal moments.

While the convention make-up definitely skewed towards the typical adolescent male demographic it was surprising to see the girls out in force. Representing for their fave manga, anime and video game characters, the ladies strutted their stuff and unlike the boys who were pretty much split down the middle between the costumed and un-constumed variety (I'm not sure exactly which the goth contingent would fall into), the girls adopted the spirit of the event, dressing to impress with a variety of costumes (some taking several hundred hours to complete) and on the whole having a tonne of fun.

A panel on gender representation in anime provided on of the more head-explodingly, post-ironic 'meta' moments of the con, as a girl dressed as a geisha engaged in a heated debate with an armour-clad video game-girl character as to the cultural underpinnings of anime stereotypes and their transgression! Unfortunately, someone busting out the shoryu-ken and settling the argument once and for all wasn't forthcoming. A microcosm for the whole event, it served to illustrate the fact that you can be serious about anime but if you take it seriously you're in for a tough time. If you were there for a fun time, costumed or not, this well organized event didn't disappoint. 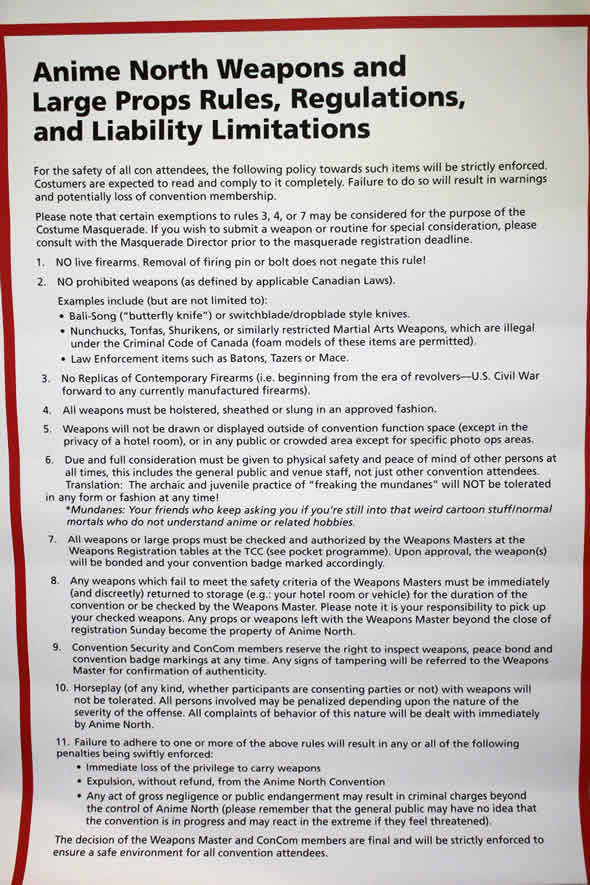