Coming soon, to your neck of the woods...

See that pink area? That means LOTS of snowy icy stuff is out there, and it's coming right for us. This unusually warm and dry winter has so far spared us of this kind of storm.

Be careful on the streets, folks. Reports coming out of west of Toronto are saying that major whiteouts are happening and that people can't see 3ft in front of them.

5:42pm UPDATE: photos from blogTO readers after the jump... 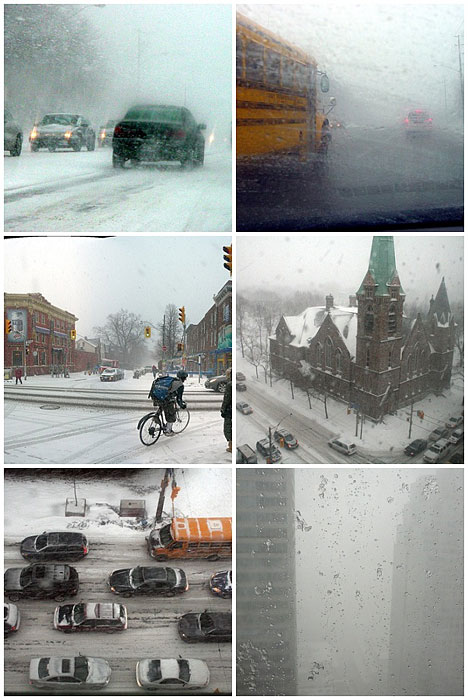 Thanks to all of our readers that dropped photos in the blogTO Flickr Pool!