Geese on the Street

I was going for lunch yesterday when I stumbled upon a gaggle of Canada geese attempting to cross Queen Street West.

Perhaps they were out shopping for a vintage teak dining set from the cavernous Queen West Antique Centre? Not likely, I know.

It was unsettling though, to see one of our two unique national animals (the other of course being the beaver), wandering around the streets like my grandmother when she escapes unnoticed from the Alzheimer's ward at her nursing home.

A few more pics and some video after the jump... 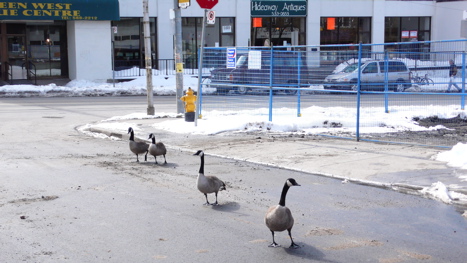 Their behaviour was startlingly human. They walked up sidewalks completely unconcerned with the people passing by, and as I followed them up the street I realized they had wandered away from some other geese who were hanging out on the front lawn of an apartment building. 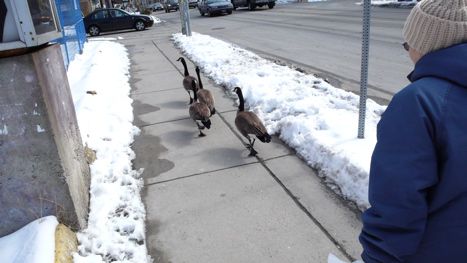 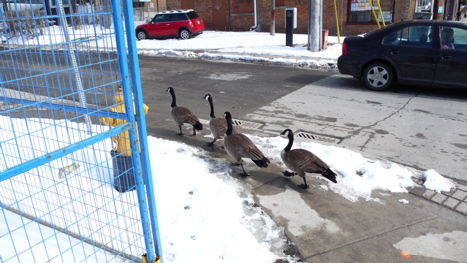 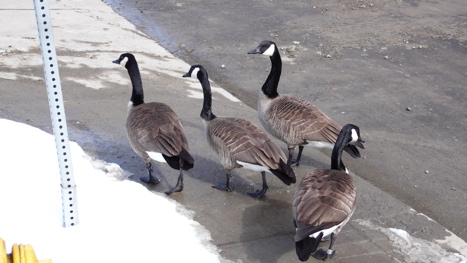 There's an old saying "a fed animal is a dead animal". Sure, squirrels seem to do a pretty good job of remaining respectable, but pigeons, urban raccoons, and grizzly bears around garbage dumps, are turned from wild animals into dirty scavengers relying on handouts from people. It's sad.

Here's some video of their aborted crossing:
photos and video by crips