So, Kensington Market--I think that one of my all-time favourite aspects of the market is that it preserves a bit of fringe weirdness right in the centre of downtown. Everyone knows that Queen and Spadina is now the outdoor Eaton Centre, and every bit of TTC-accessible land is becoming quickly gentrified into another Starbucks-and-stroller parkade. Except Kensington: ok, so there are the little bougie outposts, like Hibiscus foods (which is still worth going to, I'm not using "bougie" as a full diss) or the Kensington Lofts (which I would totally move into if I could), but still, good old Kens remains a haven for the incense-scented, mohawked and dreadlocked. And that counterculture isn't just aesthetic, which is why Pedestrian Sundays happen there, and why Maria Solakofski of Guerrilla Gourmet chooses to live there. Kensington remains a place where new things can happen, and new ideas can sprout and grow. But maybe I'm just being sentimental, since I never have got around to living there. How does it look from the inside? When did you move there? Do you smoke a lot of crack? 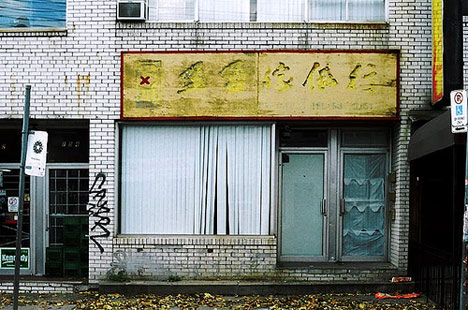 Believe it or not, after living in the Market just over half a year--and not too far from that infamous Augusta block above Dundas, either--I've personally seen nary an actual crack pipe smoked. Then again, my tempeh and kale intake rate has been zero, too--just 'cause you don't steam it doesn't mean it's not there. 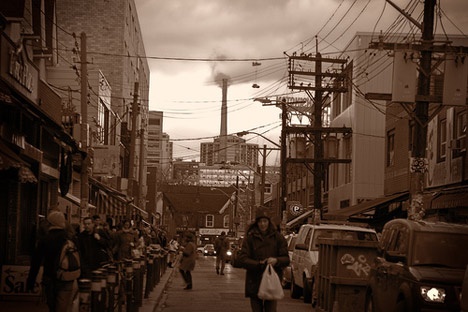 But you're right: if a chain moves in, be it Freshmart a few years back or Australian-based Cobs Bread just months ago, Market residents take notice. Sometimes they take action, like the infamous trashing artistes gave to Presto in 2001-02, Nike's attempt to co-opt the gallery property that, until recently, was Xpace. Man, do I wish I'd been at that Fuck Nike street party, though PS Kensington makes for a lovely evolution. Two of the most prominent anti-gentrification agents I've encountered are Citizen Greg (Harrington), Planet Kensington proprietor, and Shamez Amlani, La Palette owner, who more or less translates to Streets Are talk his resto would gentrify the neighbourhood.) Both of them will tell you stories of the Presto victory, the Freshmart chain controversy and both lament developments like corporate Cobs.But if you ask Stuart from Courage My Love(or another 20-year range resident), he'll tell you the only constant is change. That includes the Cheese Magic lads arriving to work one morning this week to find a shattered glass door (one employee wondered -- just wondered -- if there was any link to the recent nearby gang bust; changes also include these early rumblings on Planet Kensington's demise). 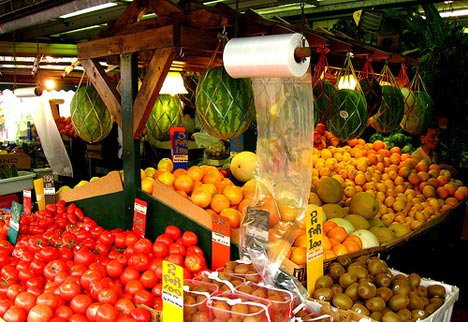 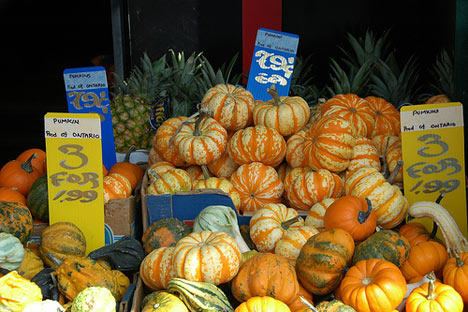 I've kibbitzed with Mary Offman (stood around chatting -- and many do) at the Augusta Egg Market, you'll see that nostalgia for Market days gone by dates back as far as the 70s. (Don't you wish you'd bought fresh, live chickens here? As a good Jewish boy, the Friday shopping Mary described -- she gestured with her hand on "shopping", making no secret she scoffed at what we call a grocery run these days -- made me wonder if I was born a decade or two too late.)

When I see places like Cobs and even Supermarket (much as I like the hip and the hop and whatnot), I do worry about what the critics say: that this is Yorkville waiting to happen. Ick. True, the feds' designation in December of Kensington as a national historic district and a city bylaw that supposedly preserves and protects the market's "unique character" against expansion are supposed to help. You know what? Maybe I ought to spread that crackpipe love, if for no other reason than to keep Kensington activist-approved. After all, it might not be Starbucks that makes a play for the real estate. Even real estate developers hoping to attract the beverage-sleeve crowd would seem reason enough to get the punks rallied again, no?

Mmm, La Palette. It's just about the perfect restaurant for the market, isn't it? The ideal destination for the hippie gourmet. One of my all-time favourite summer activities has to be a long brunch on the little patio. I've really enjoyed the Spanish tapas at Torito, too--I've yet to sit on the patio there, but I'm certainly going to this year. I don't know why anyone would go to Cobs when the almond croissants at My Market Bakery can't be beat. Then again, I have to admit I do stop by Freshmart on occasion--sometimes a girl just needs a can of Habitant pea soup. Let me make a small tribute, now, to all the delicious food in the market: pupusas at Emporio Latino; falafel and baklava from Akram's; cheddar with claret from Cheese Magic; beef and olive empanadas from Jumbo Empanada; Ted Thorpe's gorgeous produce from 4 Life natural foods; all sorts of spicy sausages from Casa Chorizo; Stephano's hemp granola from Essence of Life. Plus all the great ingredients for those of the culinary persuasion, like the excellent chili powder at Casa Acoreana (such a cute shop, with all its apothecary jars of spices, rices and candies). Ok, I'll stop now. 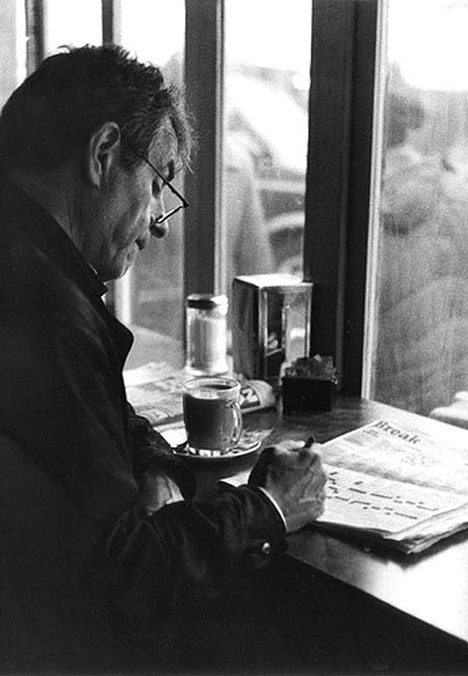 "The Pursuit of Happiness" (spotmaticfanatic)

When it comes to development, I have to say that I'm not entirely opposed. In fact, I think the market has so far been an example of how new development can fit unobtrusively into a neighbourhood--the aforementioned Kensington lofts has brought in a new crowd who are supporting the small businesses economically, and so far haven't overwhelmed the original character of the 'hood. It's all about intelligent, forward-thinking urban planning. But I can understand why people get nervous when developments are proposed, since forward-thinking urban planning has never been Toronto's strong suit.

Re: Yorkville, someone told me they saw Joni Mitchell there the other week, the day of her tribute. I'm surprised she still goes back, you'd think it would break her heart. Or maybe she's shopping at Pusateri's with the rest of the ex-hippies.

All images from blogTO flickr photo pool. Much respect!

Part 2 in this series