In this installment of glowTO, something a bit more traditional...

Some 900 Christmas seasons ago, in the town of Assisi, Italy, the man we now know as St. Francis started something huge. He decided that in order to teach local peasants about the Christmas story, he would set up a nativity scene in the local hillside. Every since then, people around the world have continued in this practice, hillside or no hillside, by creating their own nativity scene at home or community.

Here in Toronto, the church of St. Francis (in Little Italy) has taken it upon themselves to not only keep up their saint's tradition (as most other Catholic parishes do), but to make the scene life-sized and outdoors, much like the original. 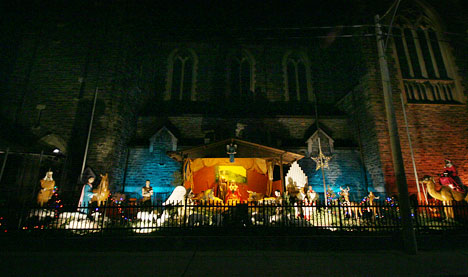 St. Francis parish is located just south of busy College Street at Grace & Mansfield and the scene stretches all the way along the Mansfield side of the church (see above photo).

The setup itself is amazing, but the sheer size and proximity to the street makes this a risky venture. Between the harsh elements and potential for vandalism, there's good reason to take the scene indoors.

Even so, Torontonians continue to rally in support of it, and so, the Franciscan's have carried on their tradition once again this year.

Just the sight of it makes me proud to a part of this incredible city. 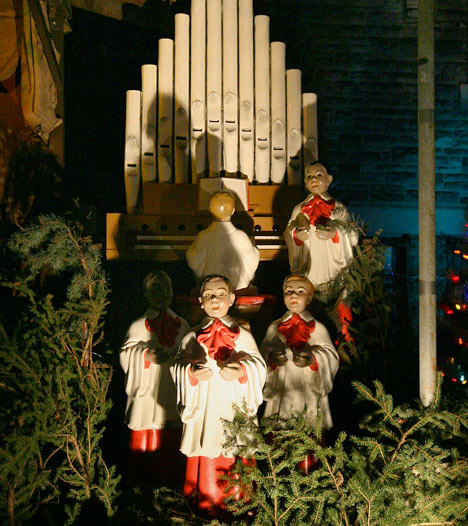