There's something about the marketing deluge of the xmas shopping season that I find strangely hypnotic. The ads and the sharpie-wielders' response to them fascinate me, especially when I find myself succumbing.

I don't watch a lot of TV, I try to ignore billboards as much as possible, and have learned to overlook the hundreds of ads in print media (unless they mention something specific that I've been considering anyway, like the yoga studio ads in eye and Now).

But over the past couple of weeks - I find myself craving things whose actual value escapes me. I blame my metro pass and the wallpaper of giant ads on the TTC - there's nothing else to read. 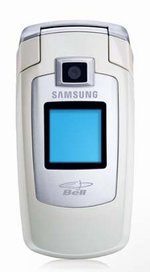 Suddenly I find myself considering things I don't need (and usually can't afford), like an iPod (I have a cheap mp3 player that works just fine, but doesn't have the memory capacity - although really nothing's stopping me from getting a memory card for it), a new phone (those pretty Samsungs from Bell look a lot nicer right now than my Kyocera - whose antenna has snapped off), and possibly a new phone service (though realistically I can't part with my phone number, nor do I want to sign on for three more years of mediocre Bell service to get a pretty phone for half it's usual price).

Shouldn't I at least be wanting to get this stuff for other people?

Lucky for me, there are some anti-capitalist sticker-wielding graffitists out to remind everyone that you don't need to buy stuff you want. And, since this is Toronto and everything's up for discussion, some equally defiant capitalists responded with succinct yet pointed arguments about the validity of shopping.

In case you can't read the pen marks, it says:
(on the first sticker)
Fuck U, I (heart) retail therapy
What People?
(on the second)
What if it really would?
Do you have an alternative?