Wunderland feels more like a log cabin than an urban coffee shop. Just plug your ears when the Queen streetcar rattles by and summon up a bit of that earth imagination. Owner Peter Styrsky--that is, Reverend Brother Peter Styrsky of the Church of the Universe --built the furniture and fixtures from 200-year-old wood salvaged from an old barn. Peter's family has lived in the house on Queen near Woodbine for over a decade, barista David Silveira tells me, but Peter just recently took an interest in the indie coffee scene.

"People are discovering us really slowly," David says. "They pass by all the time, then suddenly discover that we're here." 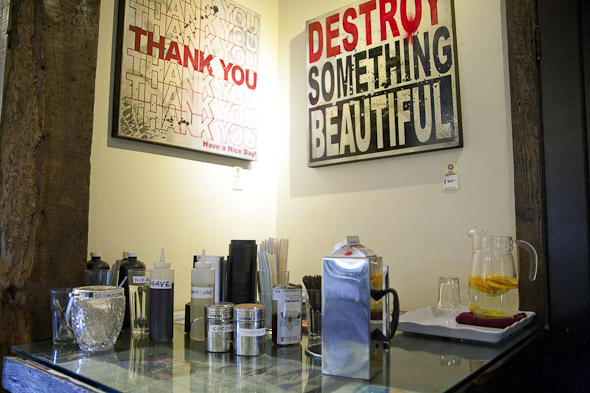 Wunderland (which was named for the Tim Burton movie, tweaked with a "U" to reflect the family's German ancestry) has the propensity to fade into the background. It's several paces from the street, not terribly ostentatious in terms of signage, and opened six month ago without so much as a helium balloon.

"Our focus is on coffee," David says. "So we let people find us that way. There's not a lot around here in terms of good, independent coffee." 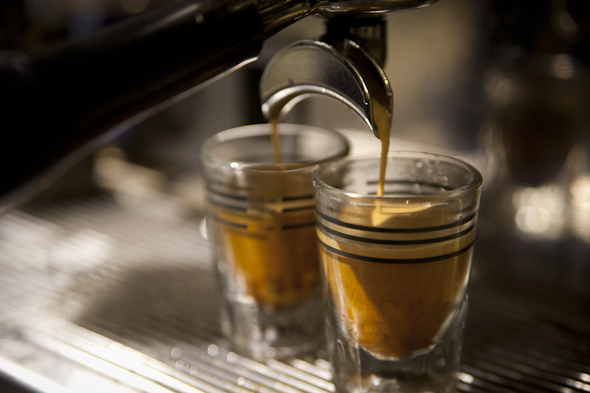 Wunderland uses certified organic and fair trade Ethiopian beans from Classic Gourmet Coffee . Of course, my mind was on another substance, given the Church of the Universe's previous battles over pot legislation, but since Peter wasn't in to field questions of that nature, I kept my eyes on the list of lattes.

"It's an Americano," David says. "Like everything else, we wanted it to be local." 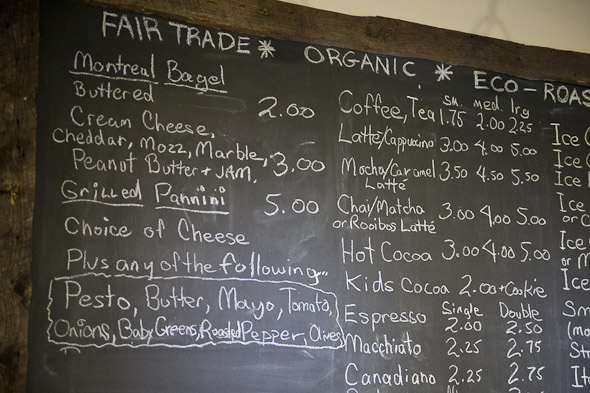 There's certainly a local feel to the space, which displays pieces new by Toronto artists every month, as well as article clippings about Ford shenanigans under the glass atop its wooden bar. Drinks can be accompanied by baked goods by Dimpflmeier Bakery, and free WiFi and dairy milk alternatives are also available to customers (at no extra charge). 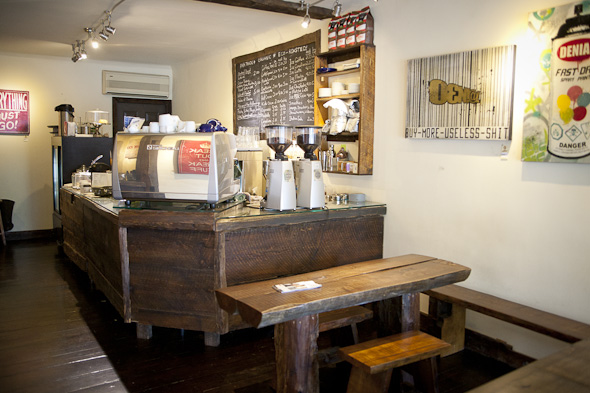 Though my Canadiano is solidly bold and slightly (and pleasantly) fruity, it's the creaky floors and dark beams that have me swooning. A quiet cabin in the city--minus the, uh, country grass. 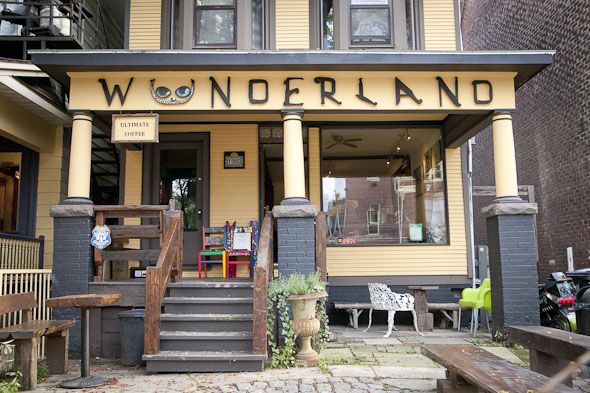