Tim Hortons Innovation Cafe at 130 King West in the Exchange Tower is what the company is calling their first-ever upscale cafe, which basically means a third-wave-style Tim Hortons. 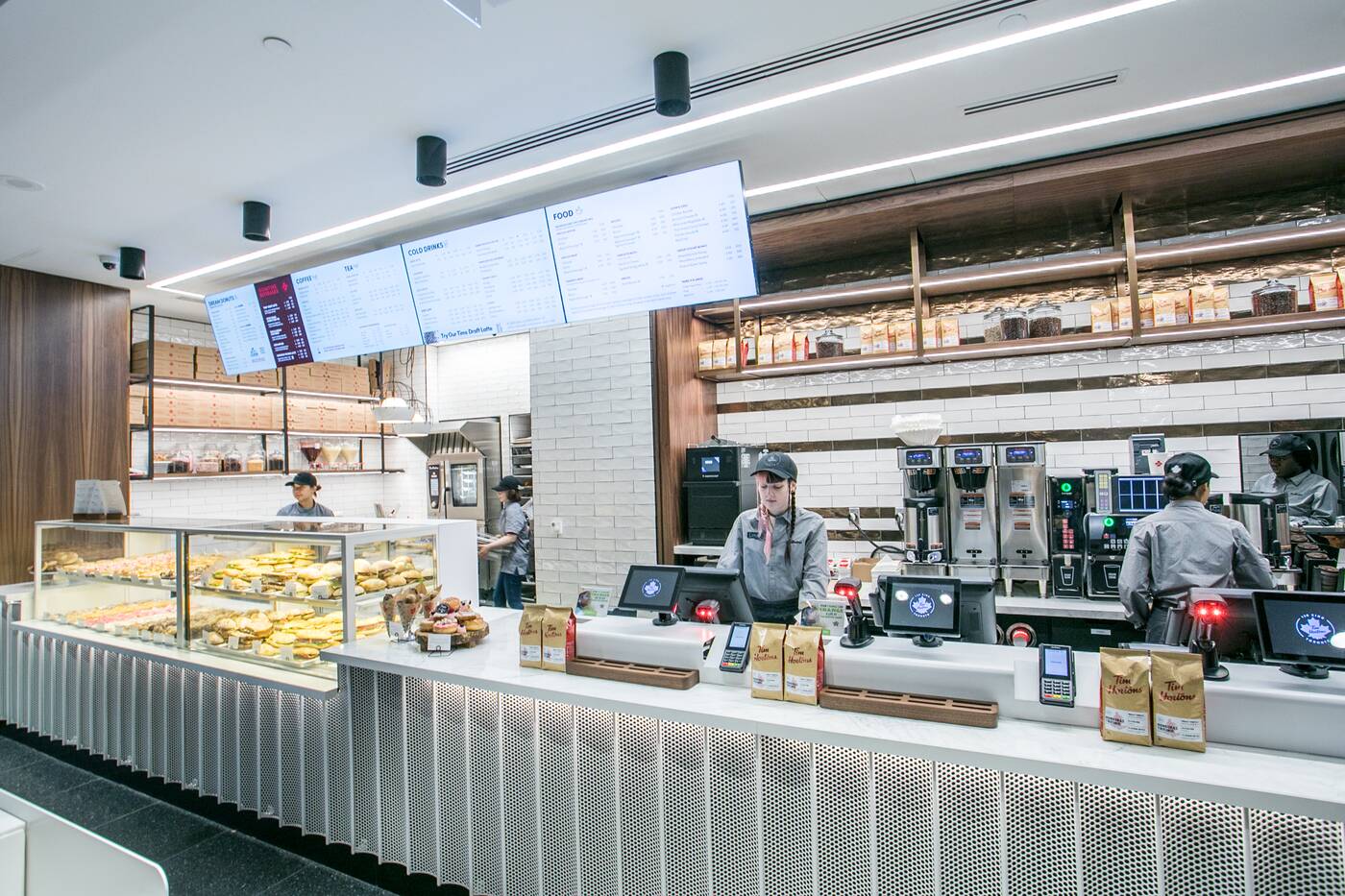 With a capacity of about 140, the interior is lush with hockey-inspired detailing like light fixtures inspired by face masks, bathroom tiles that mimic hockey socks, net-like forms above the draft bar and a texture fronting the cash that references holes in a jersey. 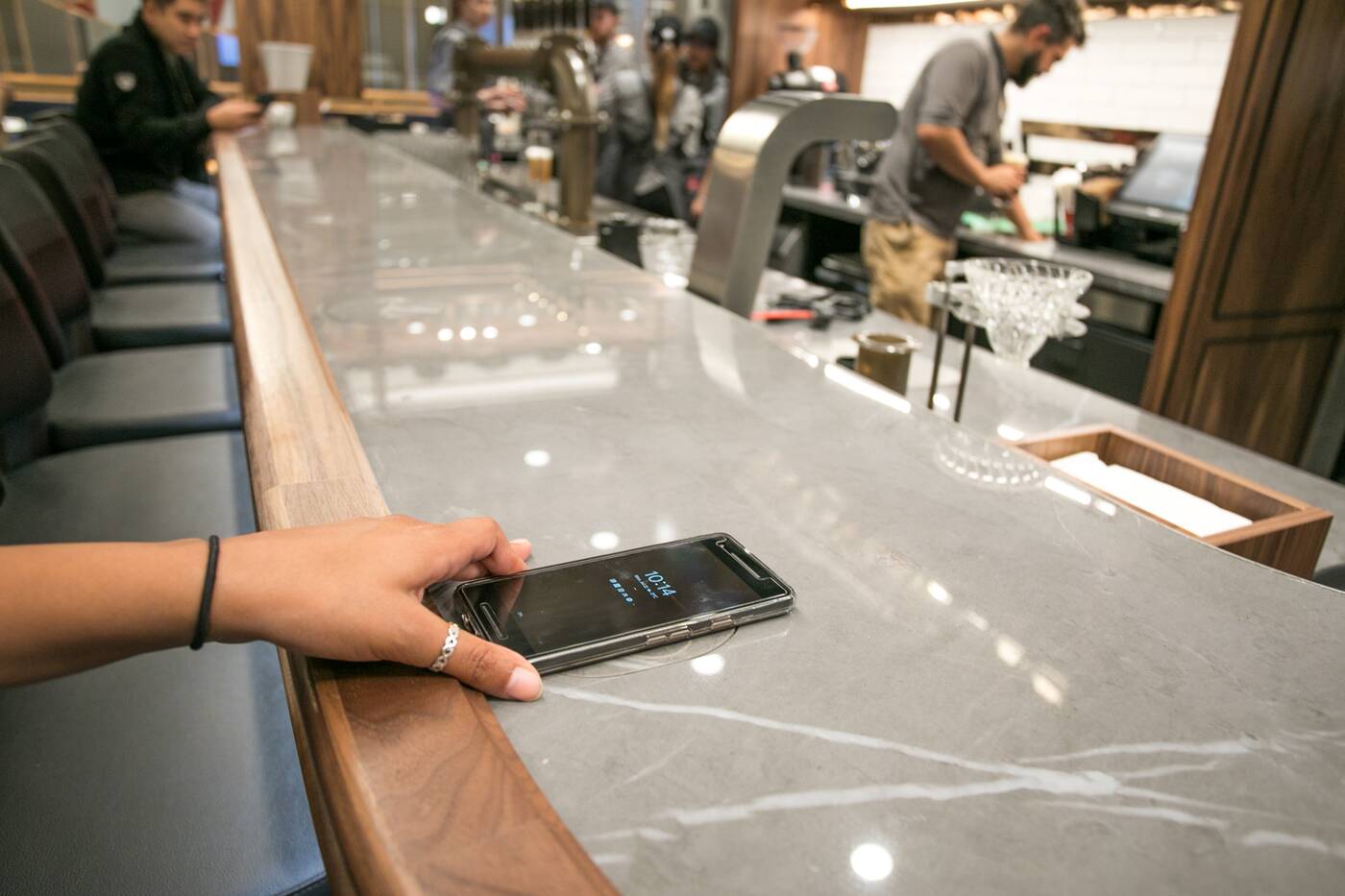 The bar and a communal high table are equipped with wireless charging stations. 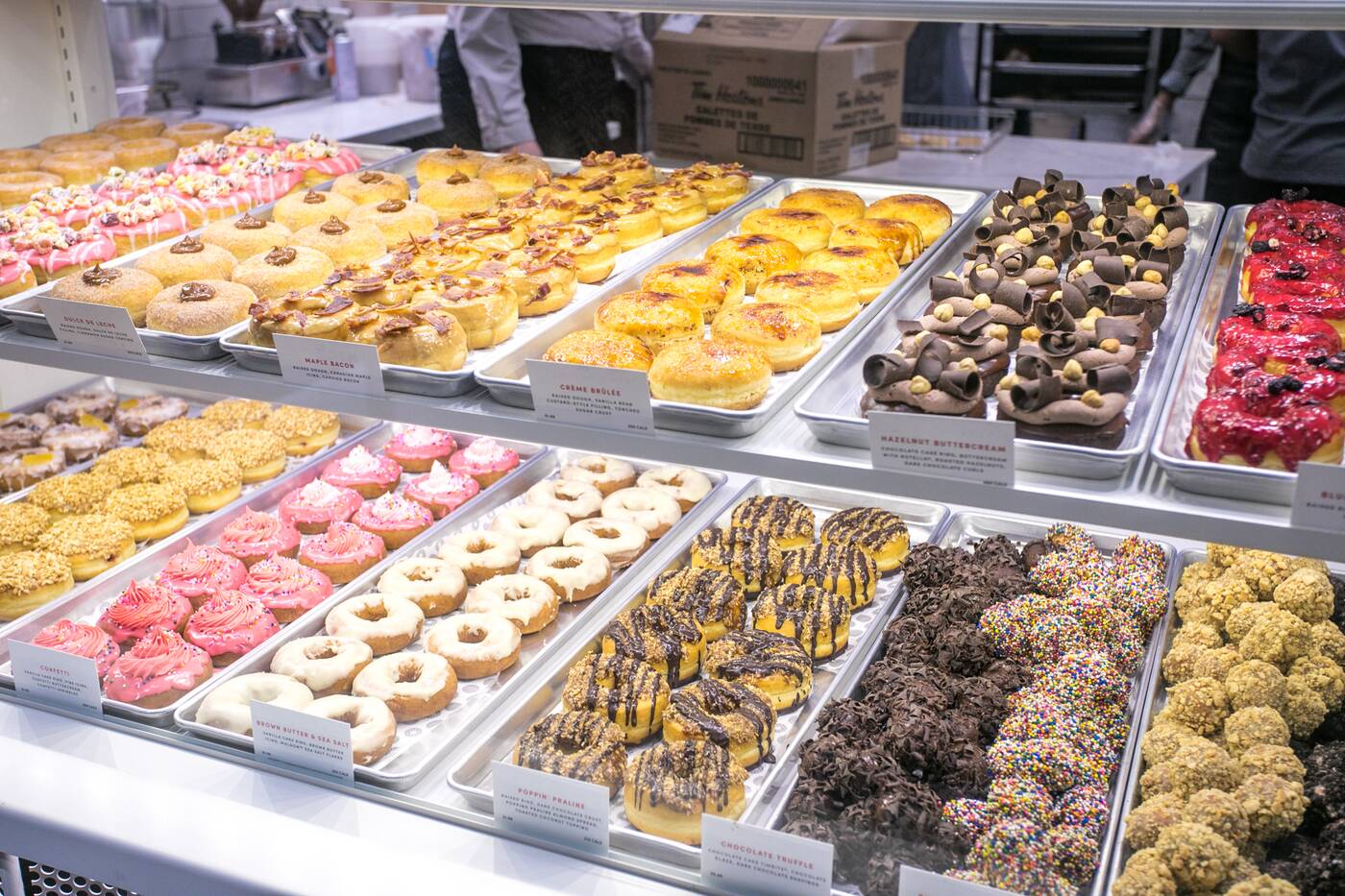 12 handcrafted varieties of “Dream Donuts” are $1.99 apiece in comparison to the cafe’s usual 89-cent mark, but come with toppings and fillings you won’t find at an average Tim Hortons like Froot Loops, bacon, hazelnuts and dulce de leche. 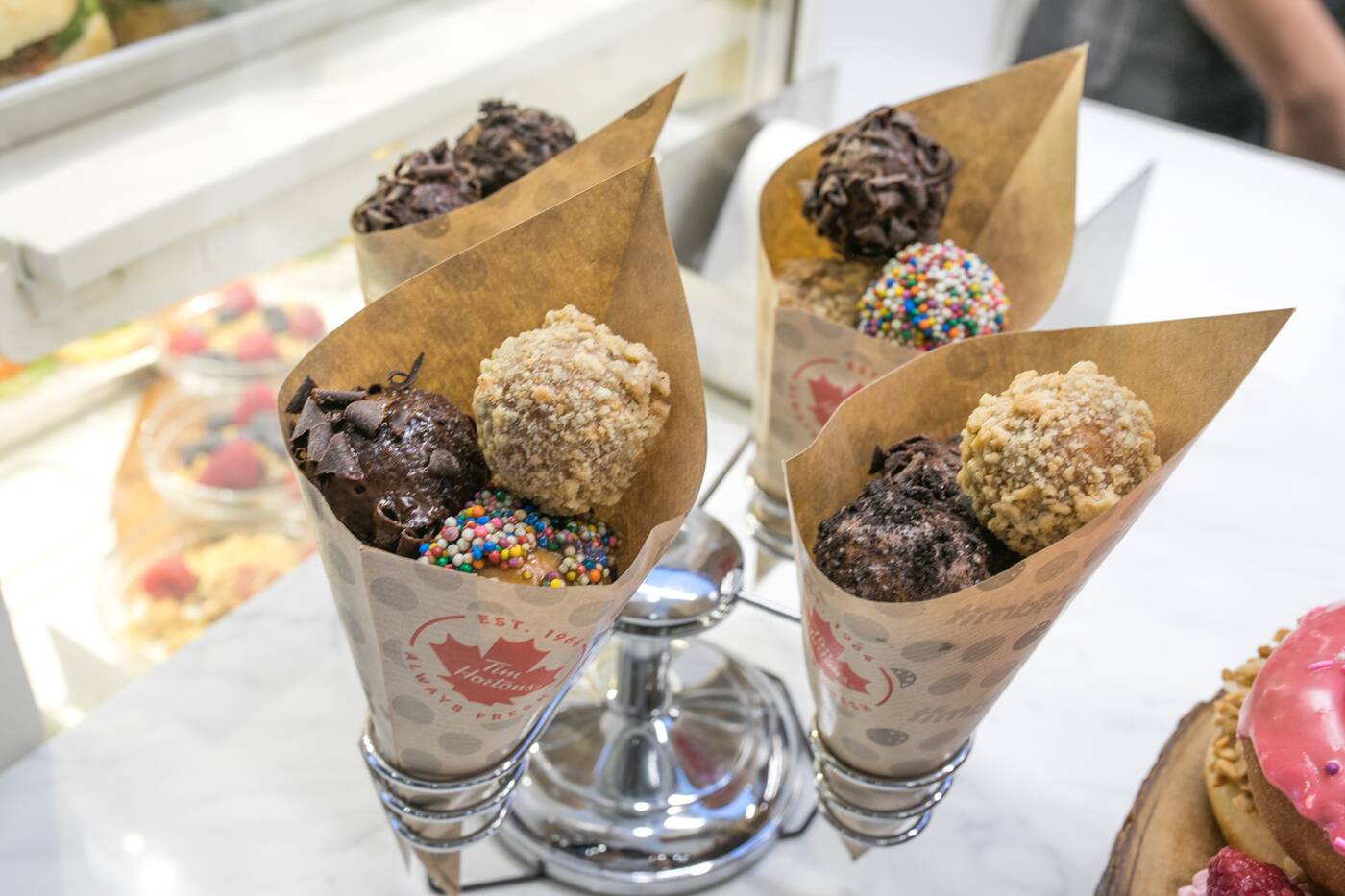 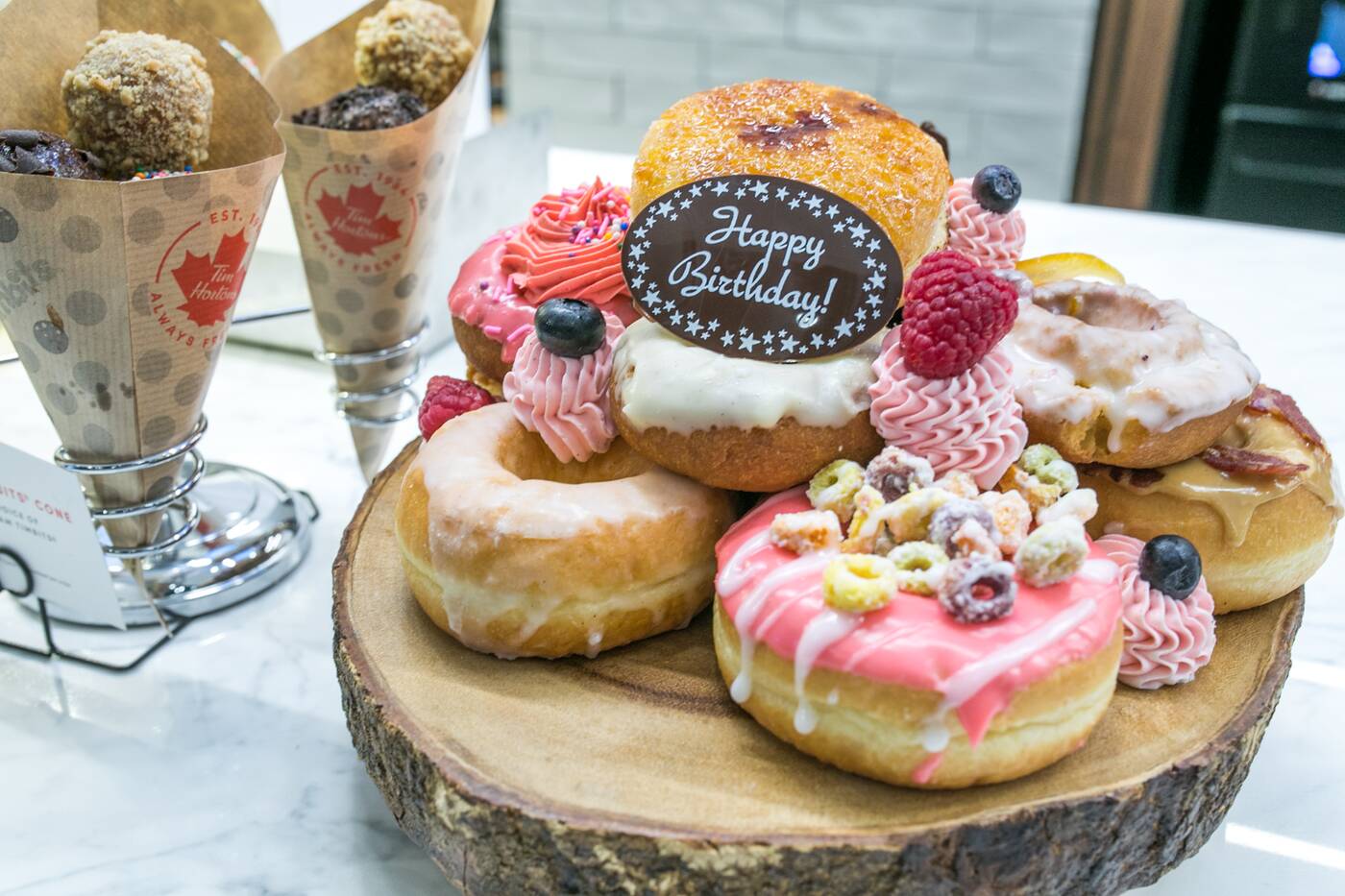 You can even get Dream Donut Towers ($24.99) of 11 varieties as cake alternative for celebrations. 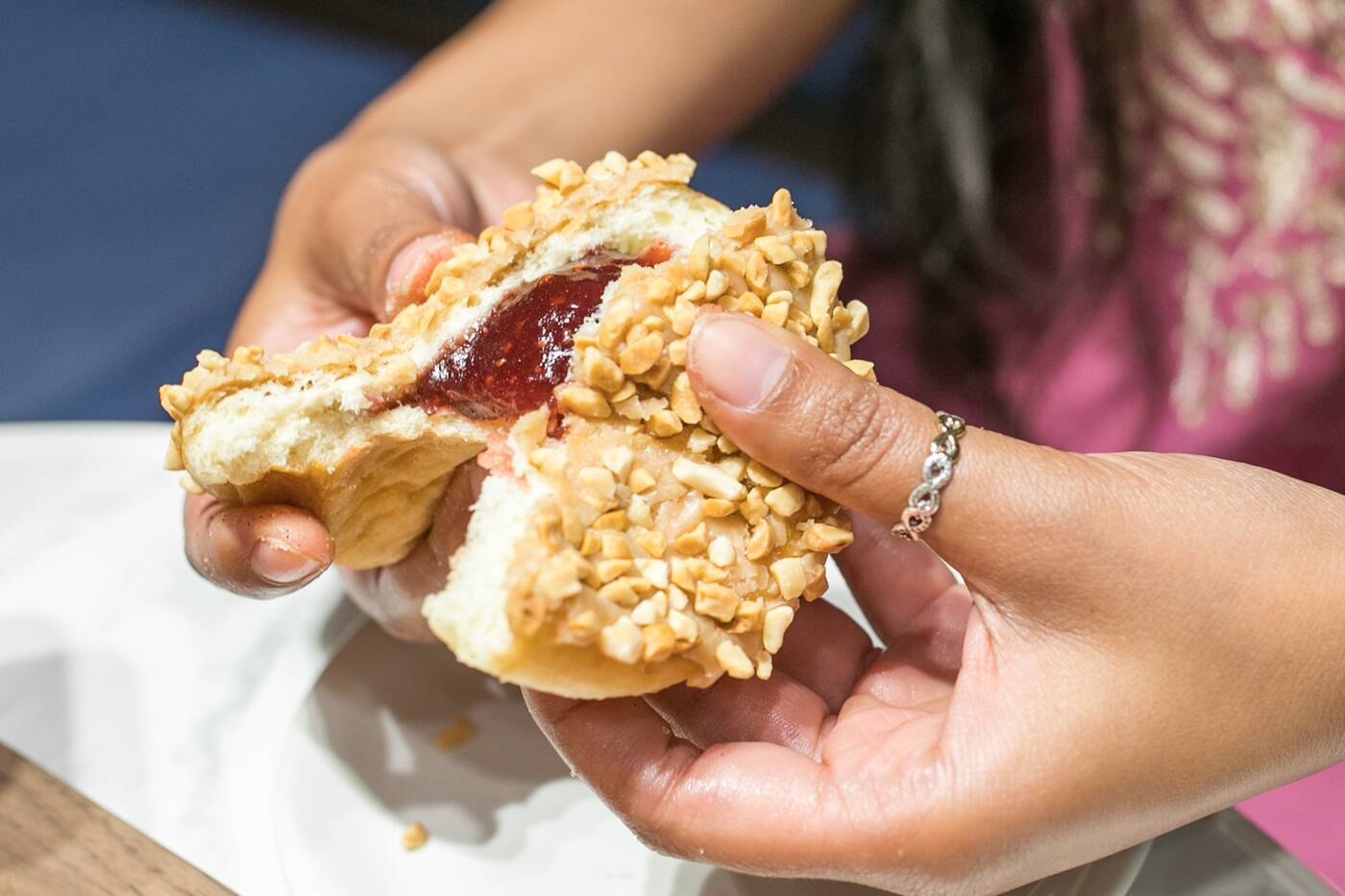 I’m especially partial to a PB&J variety filled with jelly that really feels like a sandwich with crunchy peanut butter. 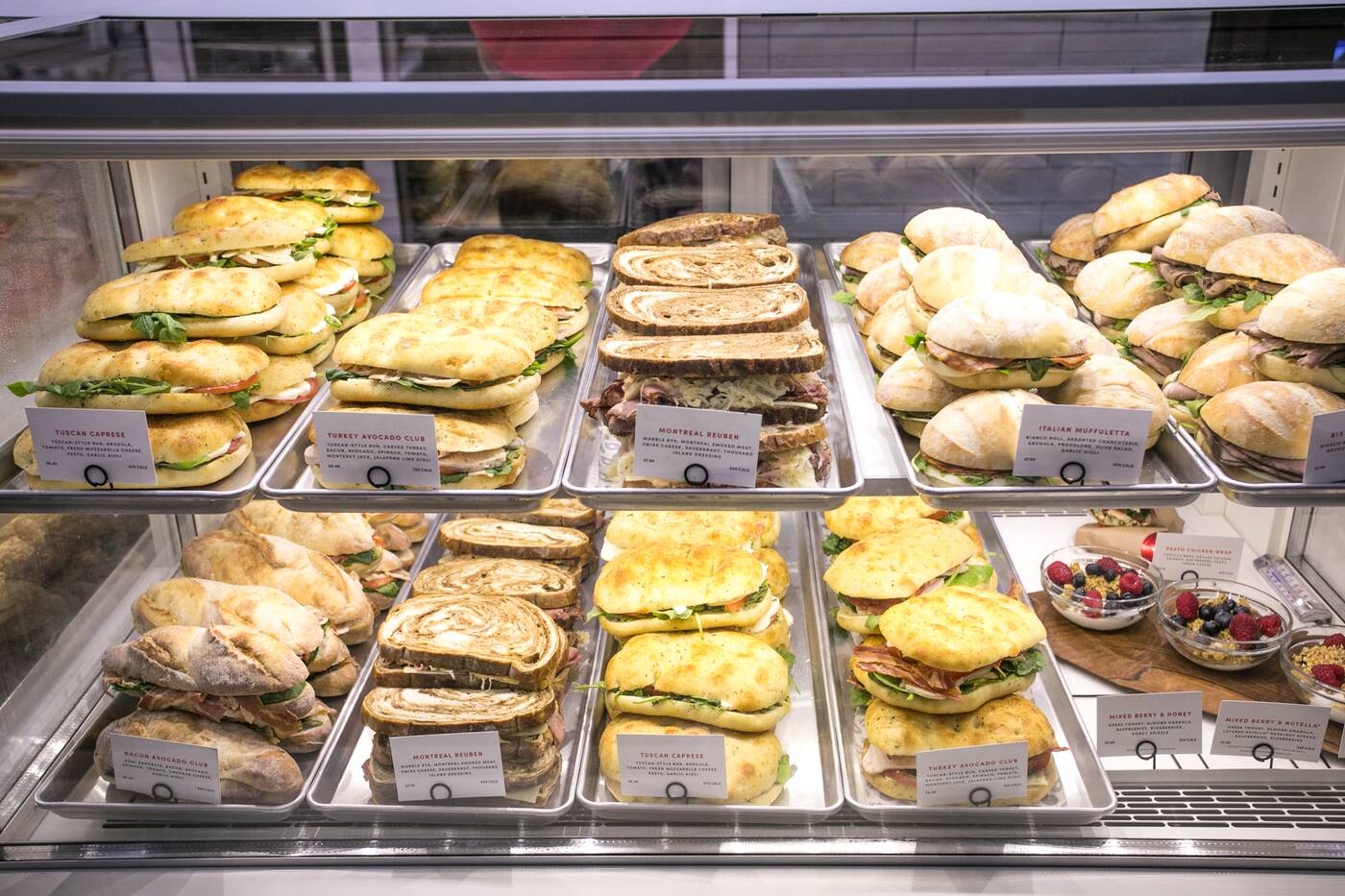 Sandwiches on local bread take it up a notch too, with options like a Montreal Reuben or Italian muffuletta. 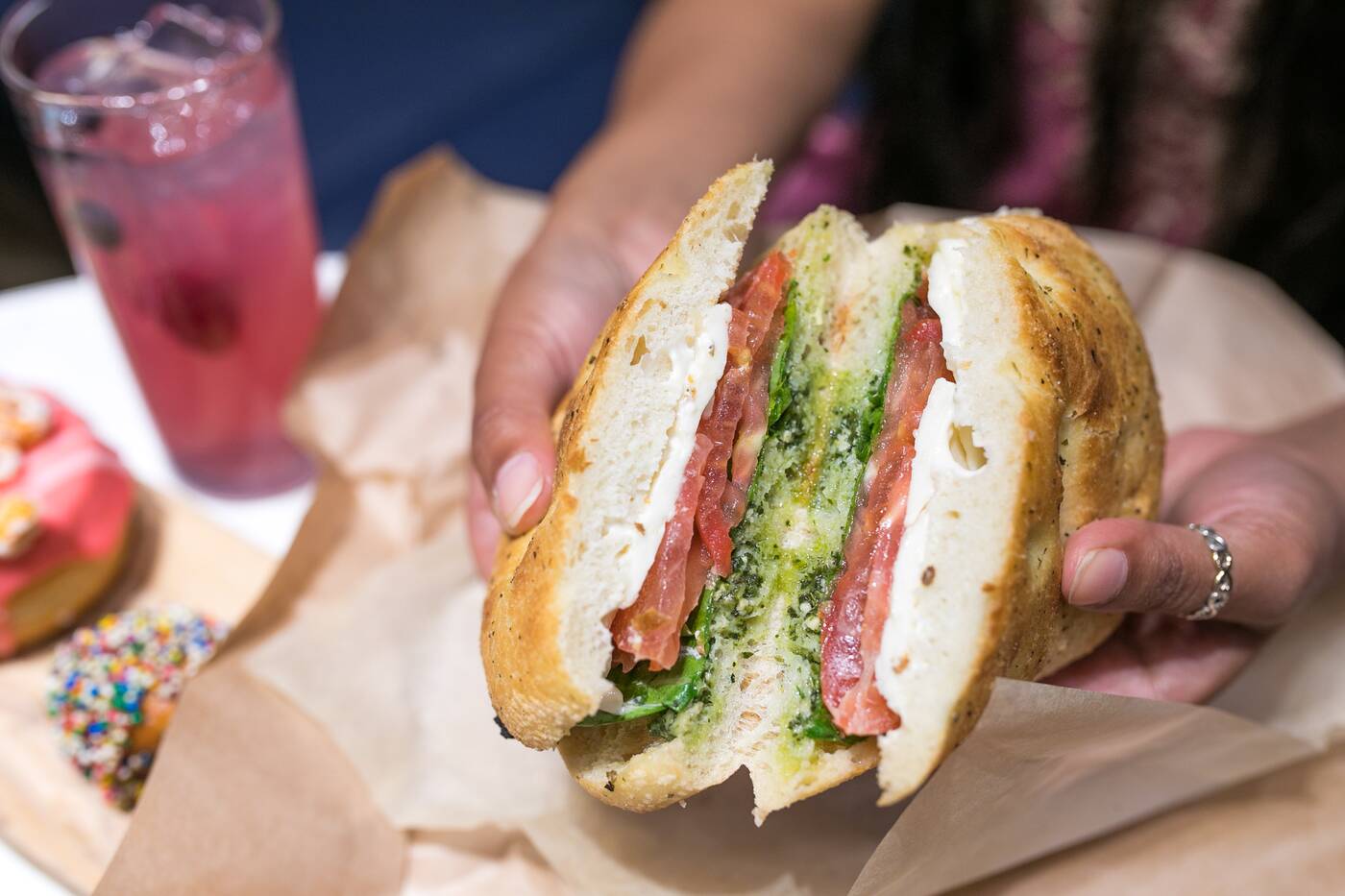 A Tuscan Caprese ($6.49) comes on a focaccia-like “Tuscan-style bun” with arugula, tomato, fresh mozzarella, pesto and garlic aioli for a fresh and meat-free option. 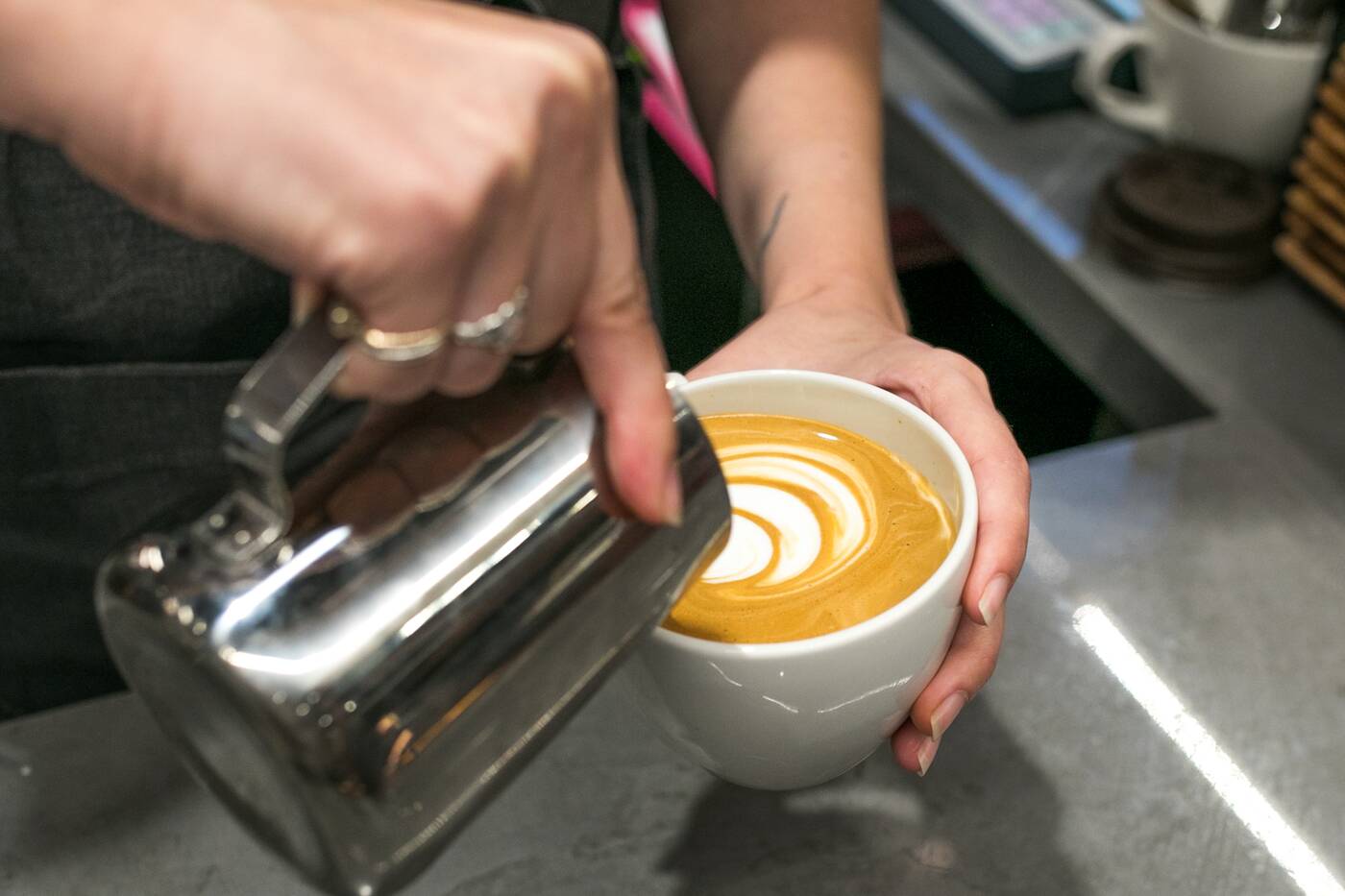 The Honduras Trifinio Latte starts at $2.99 for a small size, one of the signature beverages at this location made with a single origin medium roast with light cocoa notes and a toasty body.

New single origin coffees will pop up on the menu here seasonally. 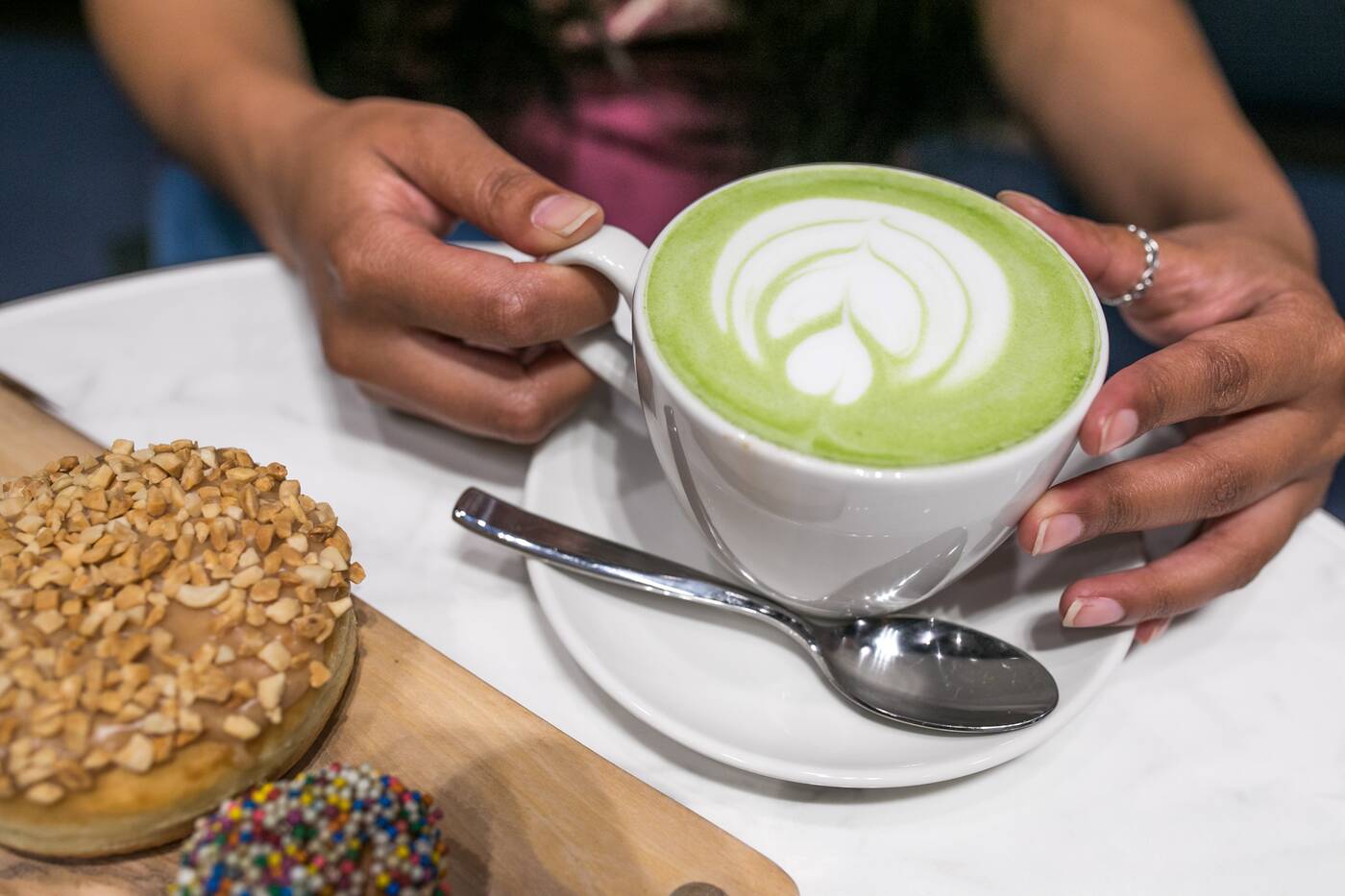 Matcha lattes start at $3.09 and aren’t exactly at the level of a Japanese tea ceremony, but they do the trick, being both creamy and sweet. London Fogs and chai lattes are priced the same. 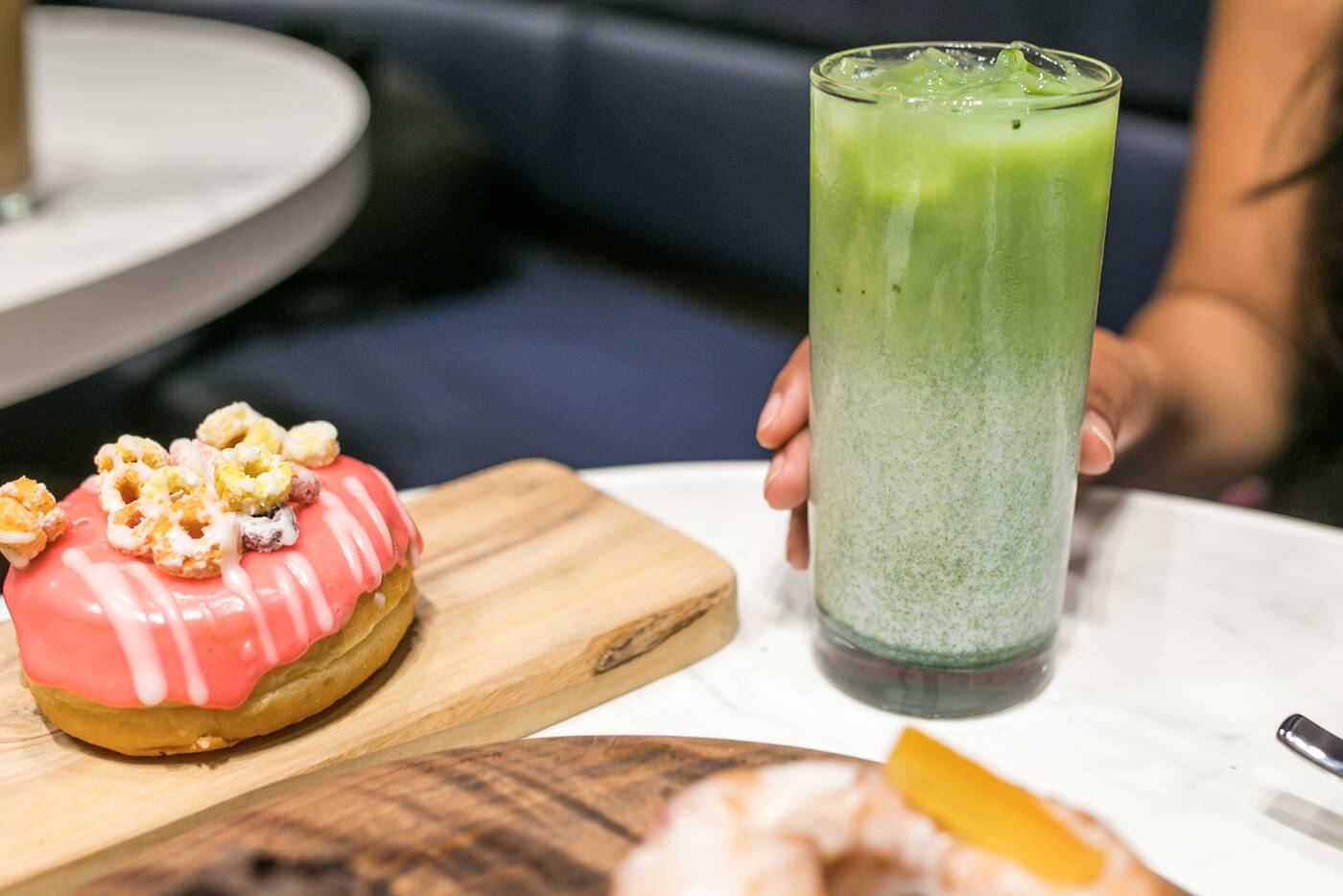 Matcha lattes also come iced for the same price, built so that the milk and tea can be combined slowly to preference. 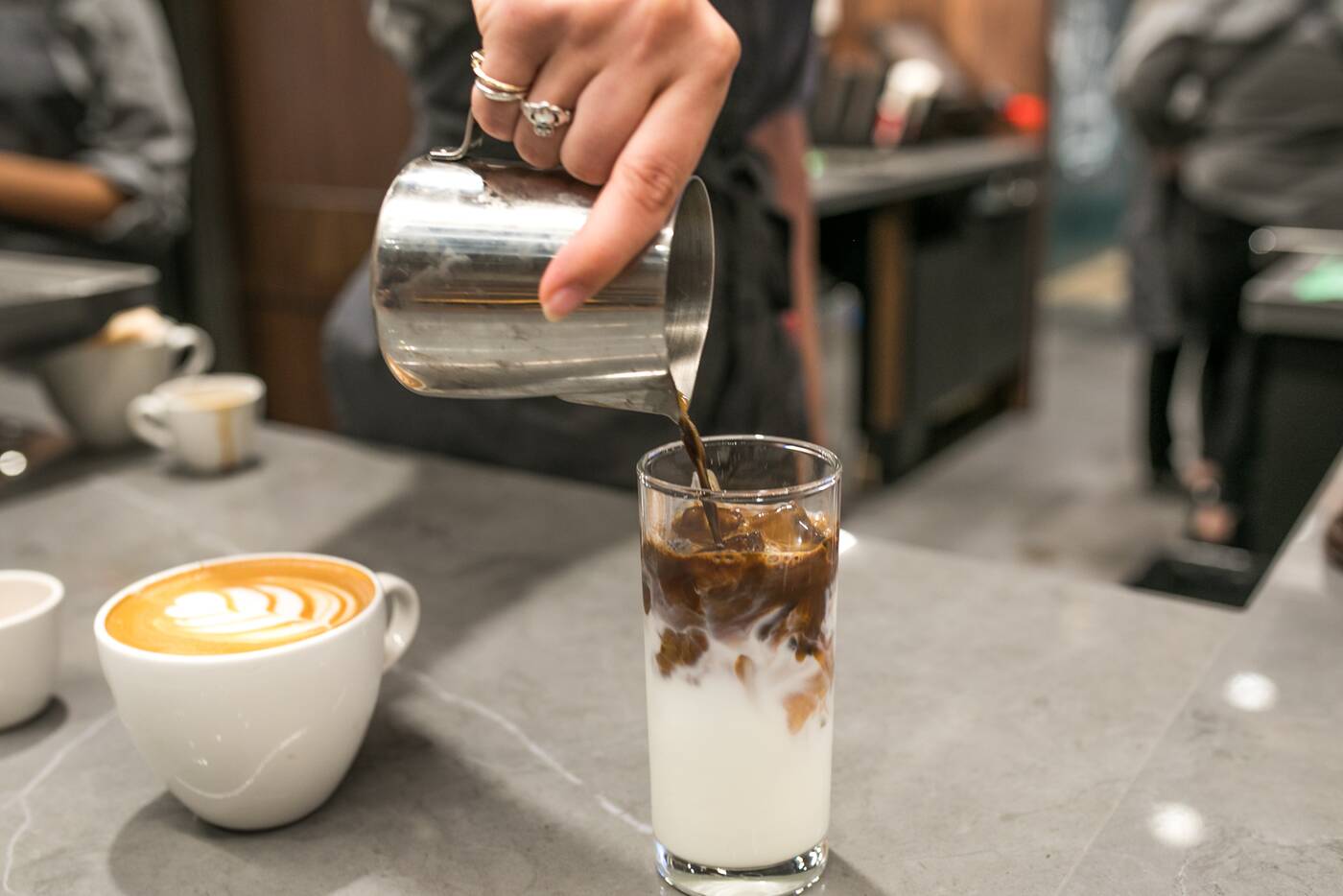 Get an iced capp starting at $2.69 that’s also built rather than blended, the milk and espresso poured over ice. 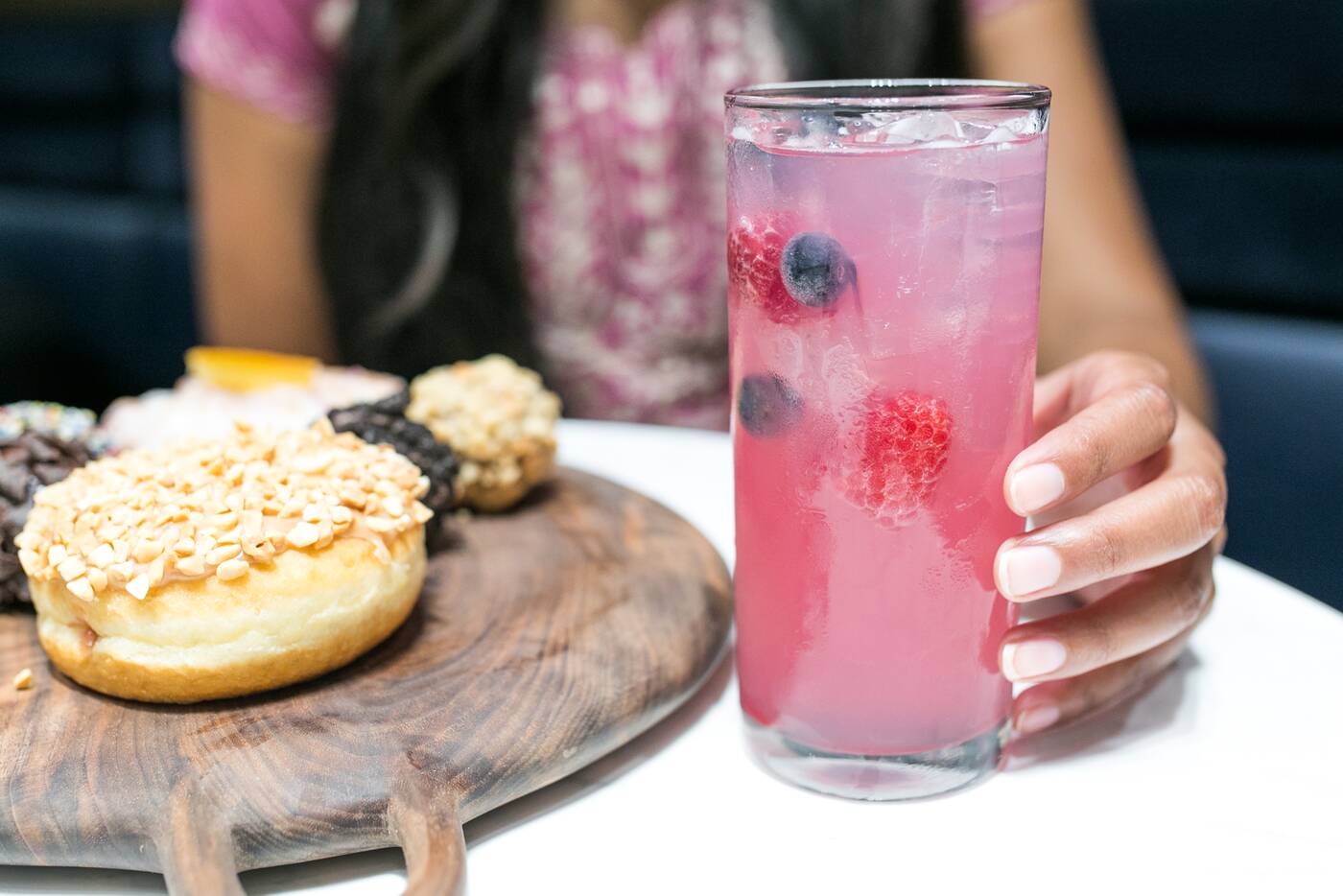 Handcrafted lemonades start at $2.09 and come in strawberry and blueberry lavender flavours, the latter sweet without being overly floral. 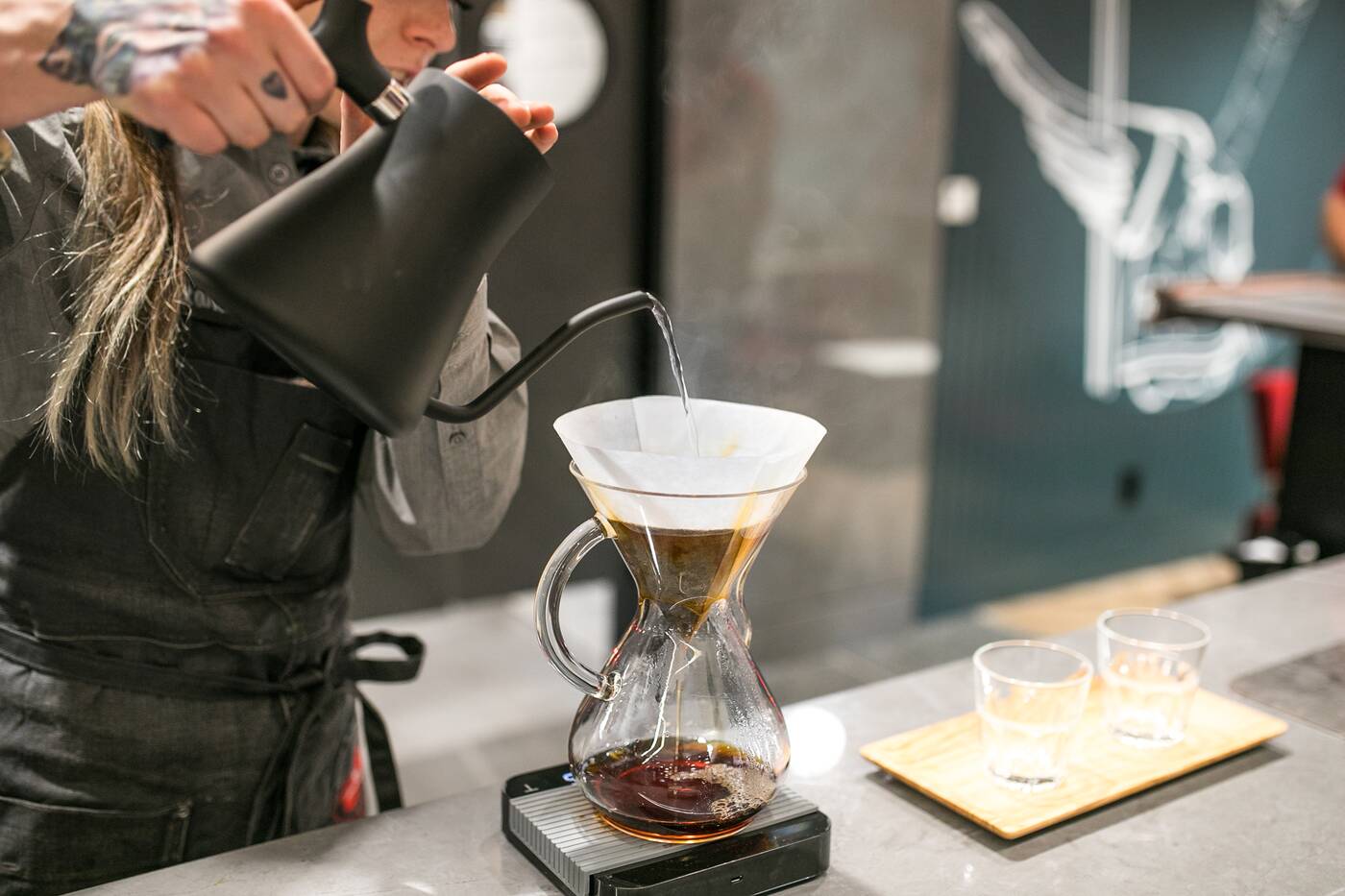 Pour over for two is brewed in a large Chemex, and takes a little bit more time to prepare (a few minutes) but brings out more flavour and richness in the coffee. 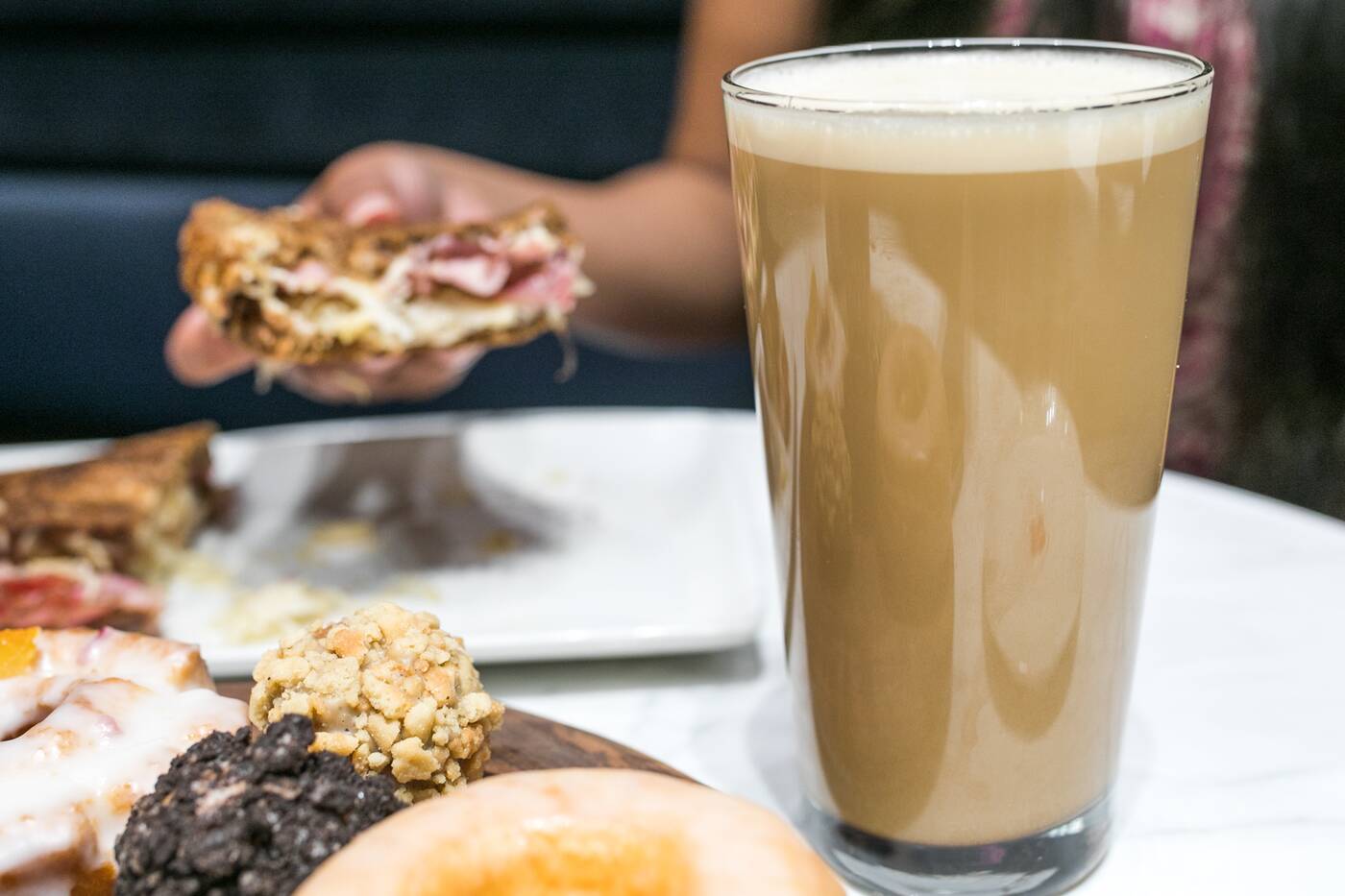 Tims Draft Lattes start at $2.79, a nitro-infused combination of cold brew and milk that’s almost chuggable, smooth without being sugary. 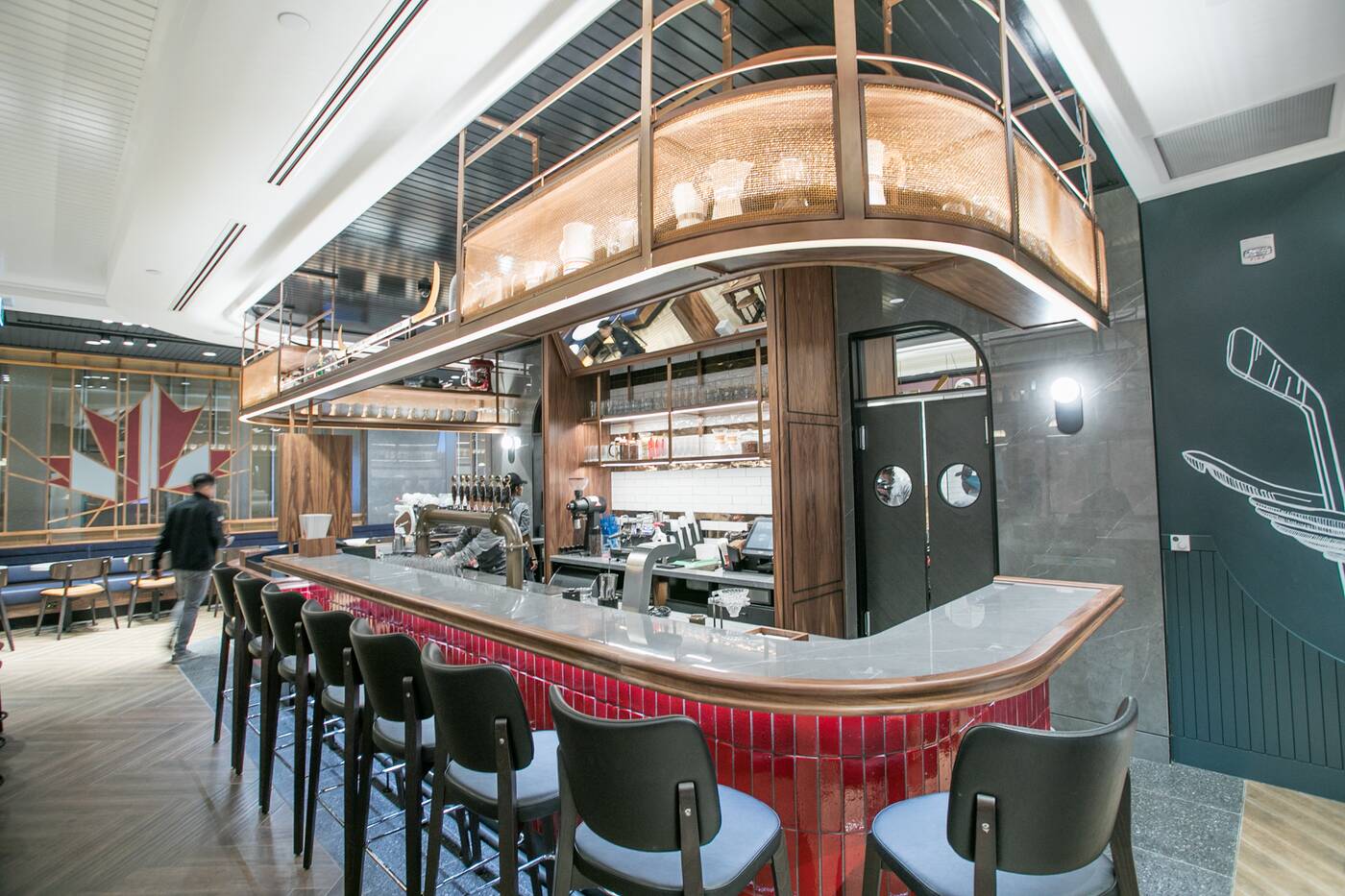 There are also plenty of outlets and USB ports throughout the cafe. 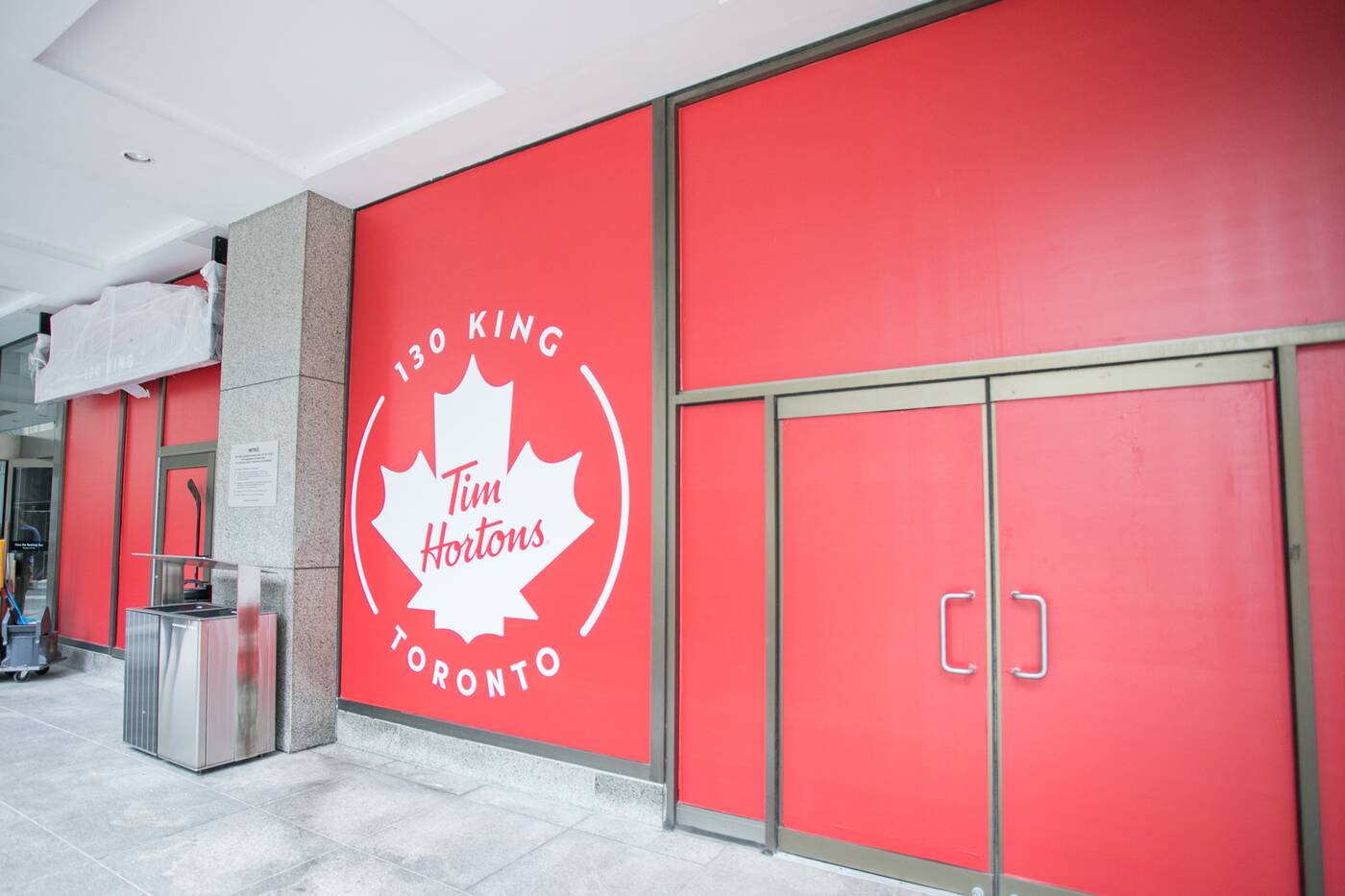