The Sovereign is currently open but their offerings and services may be affected due to the pandemic. Please contact the business directly for more information about any changes. Is this your business? Please contact us if you would like to update this message.

The Sovereign is a new indie coffee shop that gambled its launch on the outcome of the most recent provincial election. That's right; while most cafes look to, say, neighbourhood demographics and area spending trends when deciding on an opening, Sovereign owners Ross and John had their eyes glued to the polls.

"This used to be a Liberal office," Ross says as he reclines in the cafe's church-pew bench. "Oh, for the last 11 years, or so." 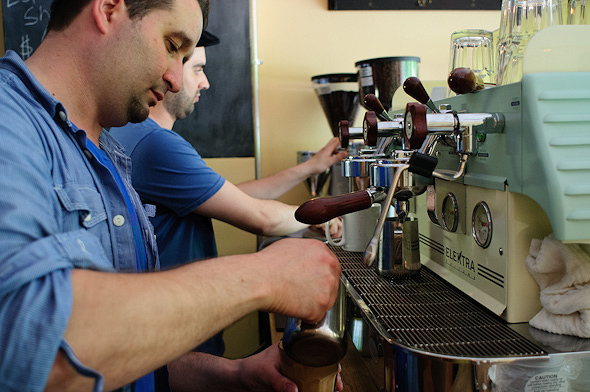 He says that the building's landlord was quite content with the Liberals as his tenants, seeing as they always paid on time and never caused much fuss. (You can juxtapose that with party tendencies if you like, but that's a discussion for another forum.) So John and Ross made him a deal. 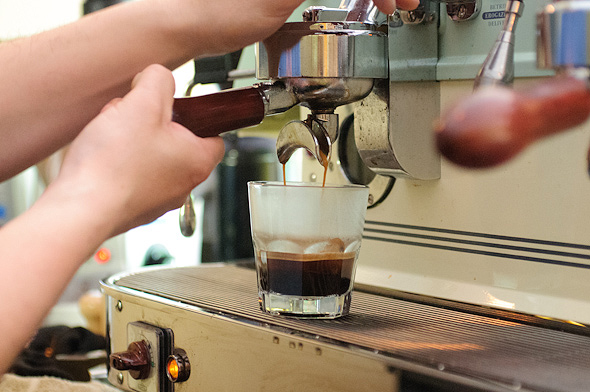 "We said, if the NDP wins the riding, then we get the space," Ross says. And John pulling espresso at the bar confirms how that turned out. 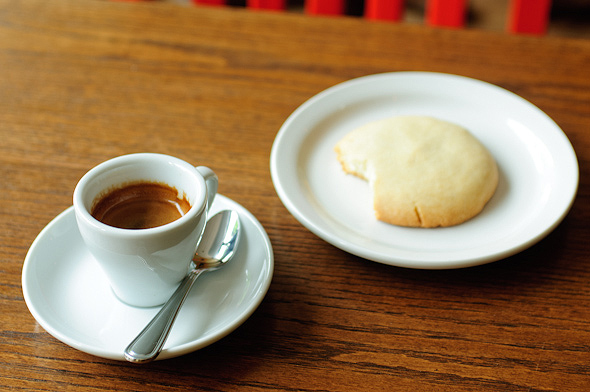 The pair — who live on the same street just a few blocks from the cafe — tell me they've tried to open their own space for years. Ross had been working as a sommelier and John in a bakery, when they finally thought they had caught a break with a prime space in Parkdale . "We had the lease signed and everything," Ross says. "But in the end, it fell through." 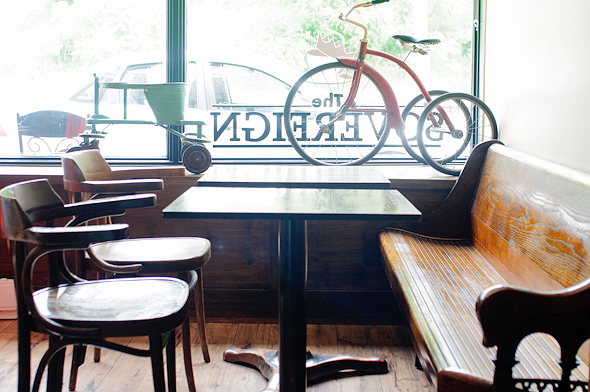 Nevertheless, they're now both behind this location on Davenport, touting the abundance of young family and drought of good espresso. " There's nothing else around here," John says, as he prepares an Americano ($2.00/$2.75) on the shop's Elektra Barlume. The shop does all of the classic espresso drinks using Rufino's Super Bar Blend (with soy and almond milks available on request) and offers a small assortment of baked goods such as shortbread cookies ($2.00) and butter- and flour-free peanut and fig torrones ($2.00), prepared by John's mother. 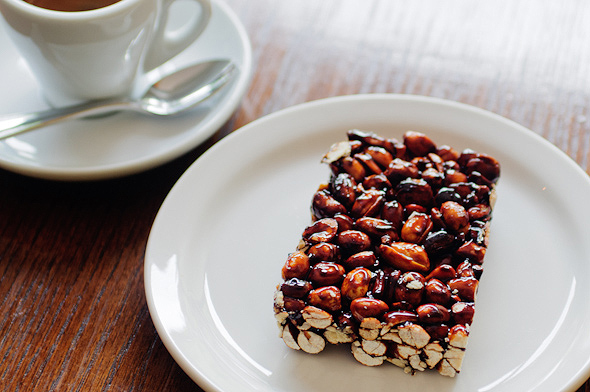 I sample the latter, expecting something chewy and sweet but find the torrone hard and sort of savoury — still, delicious all the same. My Americano has a smooth nutty flavour though it comes of sort of muted, confirming that I probably should have gone for the double shot instead. Ross and John tell me they're planning to soon introduce iced drinks for the summer, and that they're also hoping to host a few wine-tasting events in the (currently unfurnished) back space. 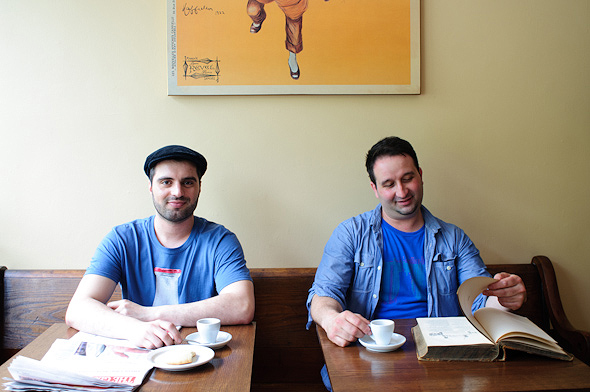 "It's been steady; people are discovering us slowly," Ross says. "Though a few people still come in thinking it's the Liberal office. So we played off of that with the name."

While Davenport Liberals might still be reeling from their loss, The Sovereign is a boon to coffee drinkers in the area. 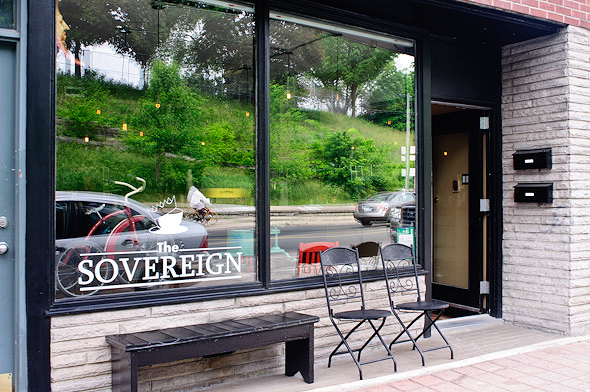