Local Hero can be found inside the Film Buff on Roncesvalles, the latest addition to the Worsley family enterprise. This spot has always been a gem, but since the family gave the cafe a name of its own and spruced it up, it's become a veritable diamond.

Some things are the same - they still serve Maypole ice cream (a regular cup is $3.33, milkshakes are $3.99 and $4.38) with flavours like Peanut Butter Chocolate, Praline, and Vanilla. But as the video store component has given way to a cafe, they've condensed many of their movies into binders, and stored them under a new communal table. 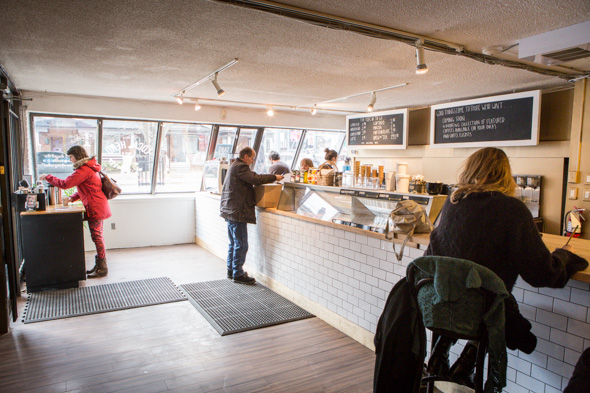 In place of the previous racks are a bunch of comfy chairs and two-top tables for chilling with your coffee and snacks. The businesses function independently, but are happily together. 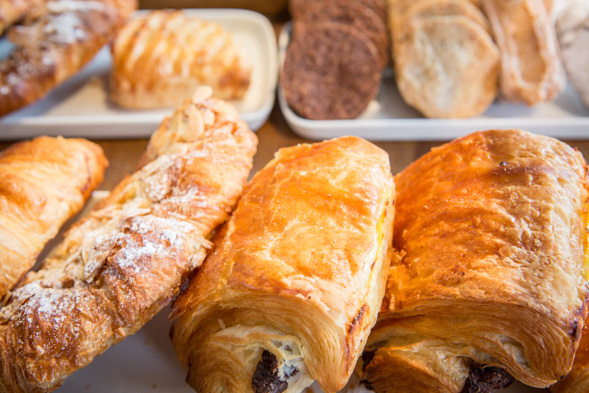 Speaking of snacks, they've upped the ante, bringing in a revolving selection of mini sandwiches and many types of macarons from Delysees . 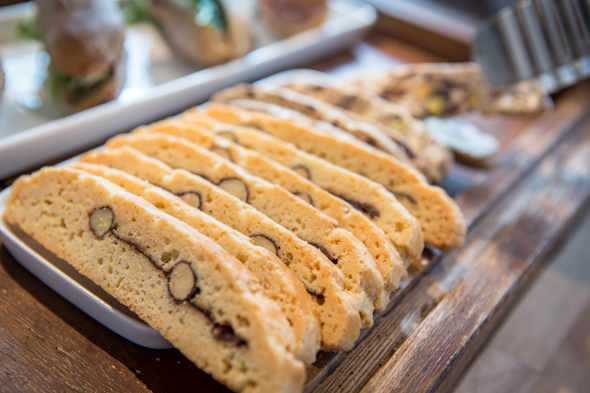 Biscotti and other baked goods come from Forno Cultura . They even have granola and water buffalo milk yogurt ($3.99) from neighbour Stasis . 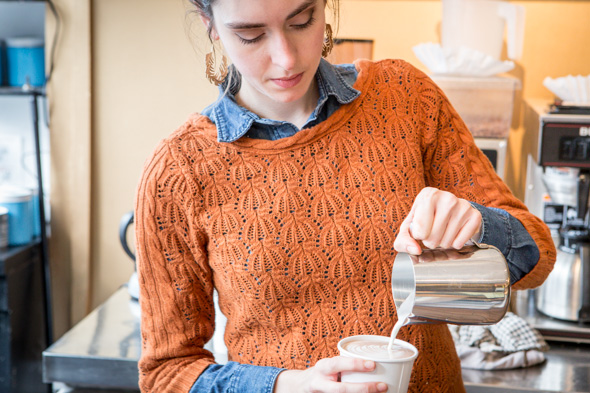 The coffee beans come via Phil & Sebastian , but expect a rotating selection of featured coffees for pour-overs and coffee flights. They use a Simonelli machine for their espresso-based concoctions, and make a mean hot chocolate. An espresso is $1.90, and an Americano $2.38, while cappuccinos and lattes are $3.33, plus taxes. 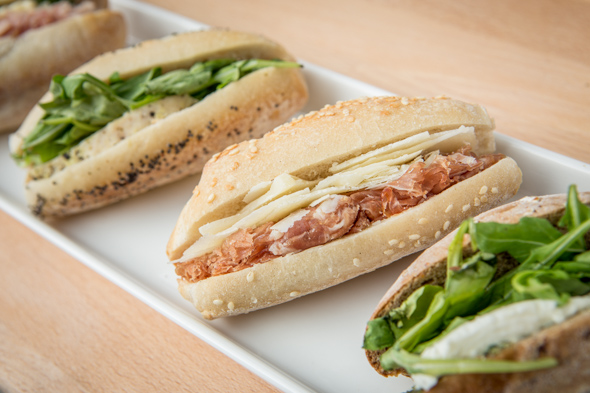 With their free Wi-Fi, good coffee and expanded seating section, Local Hero makes for a good spot to get a little work done, but with no buffer between it and the Film Buff (thankfully), expect to take in some entertainment at the same time. 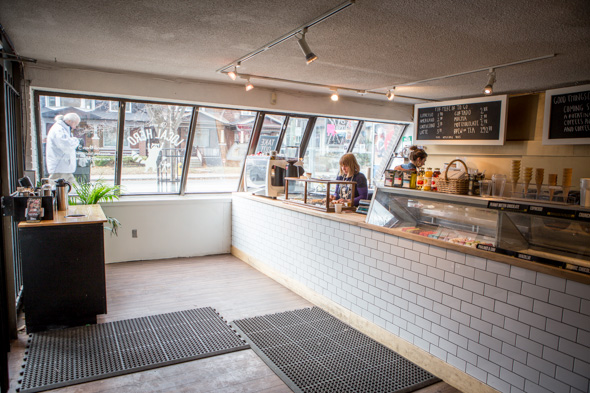 The steady stream of customers for both the cafe and the Buff create a lively community feel perfectly befitting of Roncesvalles. 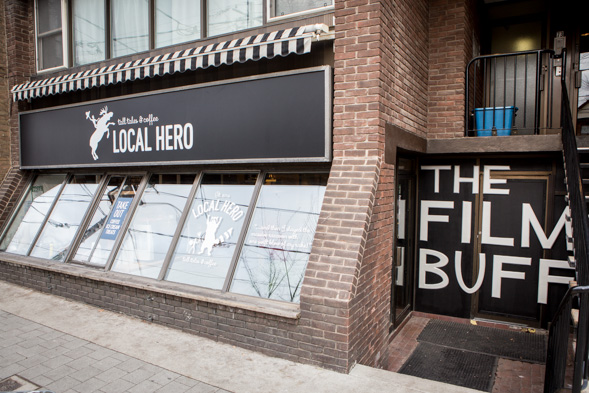