The Arrow is said to have some of the creamiest ice cream around. Unfortunately for me, I dropped by the new Dundas West cafe and ice cream shop a little too late.

"That was the first one we ran out of," says Michael, resident Arrow barista and ice cream-scooper. "But we're supposed to be getting more in later this week." 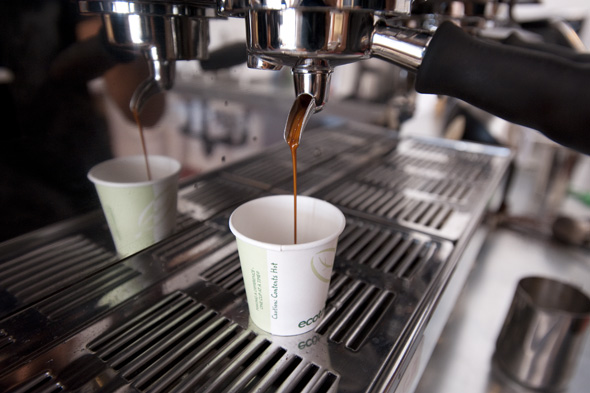 The buffalo milk ice cream from Monforte Dairy to which Michael was referring is just one of the flavours available at the cozy little shop. 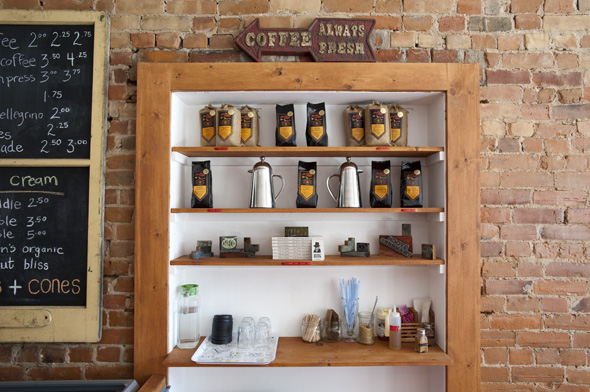 Also on the roster is vegan-friendly coconut-milk ice cream (coincidentally, also sold out when I stop by) and a variety of Mapleton's Organics flavours such as lavender, chai, mint chocolate, and strawberry. The ice cream counter is just large enough for six different ice creams, though I'm told the flavours will be on constant rotation. And the prices ($2.50/$3.50/$5.00) aren't too bad, too. 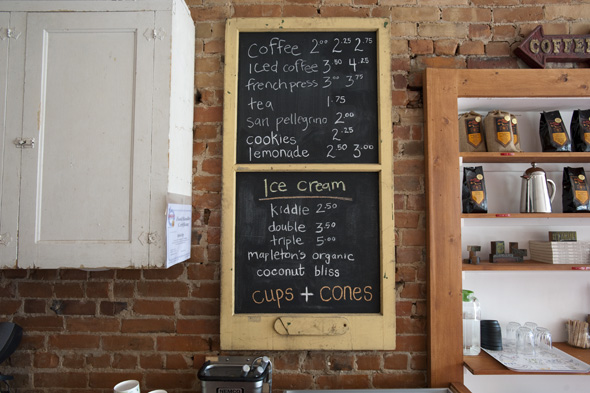 The Arrow is still in its infancy having just opened about two weeks ago. Co-owner Robin Eley tells me she and friends Eli and Owais decided to go into business together, banking on her cafe and ice cream expertise and their combined business savvy. 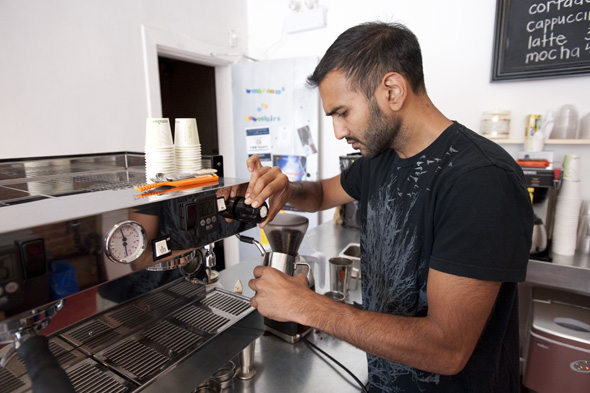 "The boys live in this area," Robin says when I ask why they chose Dundas West. "But more than that, this area is definitely popping. We thought it would be a good choice." 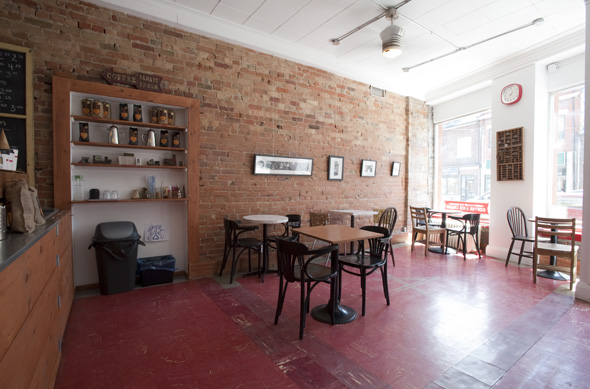 The trio quickly found this space — a former office — and set to work on an overhaul. After tearing up the old carpet, they found a gold "A" with an arrow through it printed on the floor, and decided to use it as inspiration for the shop's name. Mismatched chairs, local art, and exposed brick add to the ambiance, and WiFi and additional snacks are soon to come. 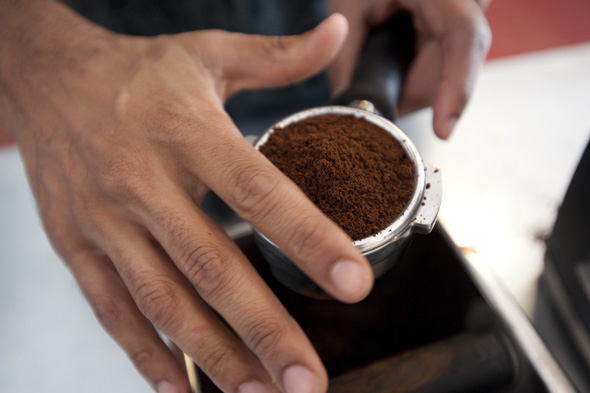 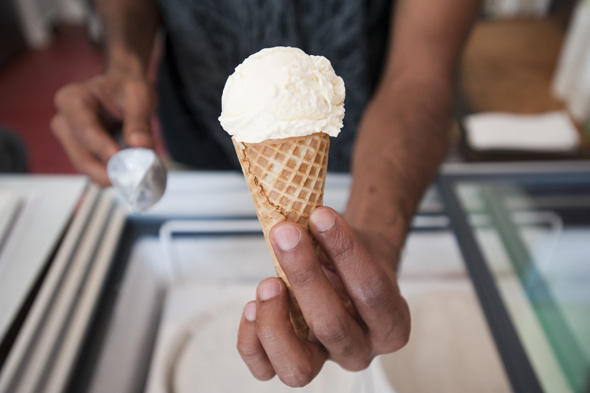 With The Arrow still on the hunt for organic cones, I opt to try the lavender ice cream, which starts off with quite an intense lavender flavour and finishes creamy and with a delicate sweetness. An adult flavour, for sure.

Robin adds that affogatos and sandwiches may be in The Arrow's future, but that buffalo milk ice cream is coming back for sure. And on that note, I'll be back. 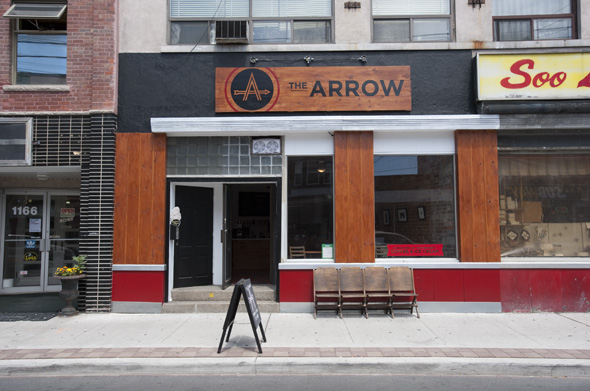