"Te Aro," as it revealed itself through a Google-mapping, does not mean "I love you" in Spanish after all. Of course, I jest. But I also, upon my first couple of lazy reads, was positive that this hot, new cafĂŠ I was searching for was, in fact, called "...te amo?... or something?"

In actuality, the meaning was much further linguistically and geographically than I would have ever guessed, one that satisfied my desperate need for something exotic and balmy on this cold, Monday, "holiday" morning. Named after a New Zealand suburb, this spacious and spanking-new addition to the ever-changing face of Leslieville is modern and sleek yet comfortable , with a glorious patio space that is so sprawling it feels more like a parking lot (in a good way; such a good way), or at least a very big drive-way. Who can compete with that? 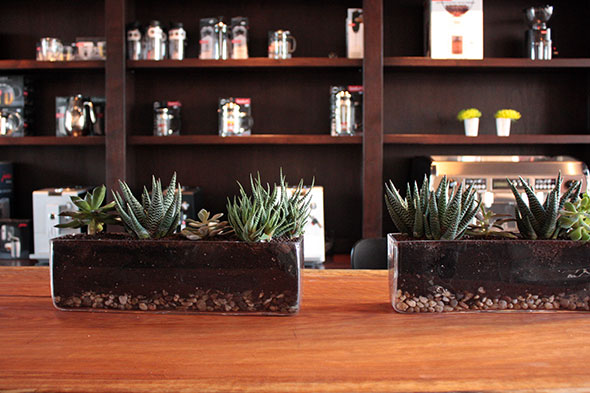 Working on everyone else's holiday, waking up at 6 am, and braving a five-degree-Celsius Victoria Day should be unbearable. And unbearable it all would be, if not treated as novelty and peppered with things like decadent, leisurely hour-plus meditations in joints like this. Strong Americano ($2) and an exceptionally moist maple and oat scone ($2.50) from Circles and Squares Bakery sustained me, body and soul (seriously), through the long morning that followed. Fresh sandwiches made possible by the usual, yummy, ethical and health-conscious suspects (Rowe farms, Fred's Bread), could have taken me into the afternoon with a ham and cheese croissant ($4.50), or BLT ($5.50), had I only let them. 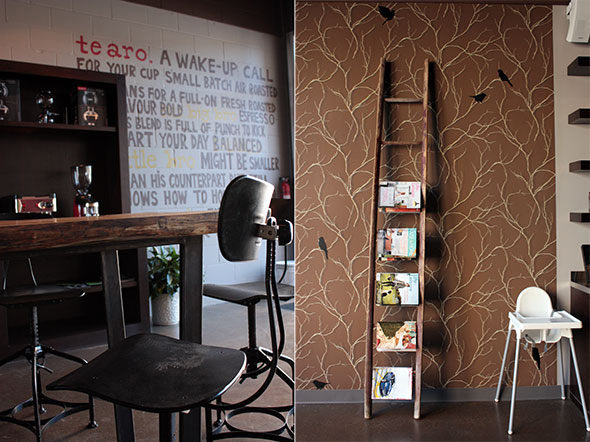 A chalked greeting out front to "Come say hi! [we're new]" carries the promise below, in fine print, that the coffee is "fresh, air-roasted in Leslieville." The shelves inside boast pounds of eponymously-branded beans, bagged with the same cheerful aesthetic as the wall-painted descriptions of various blends, cutely named: "big-bro", "little-bro" and "easy-mate"(from strong espresso to Swiss water decaf, respectively). 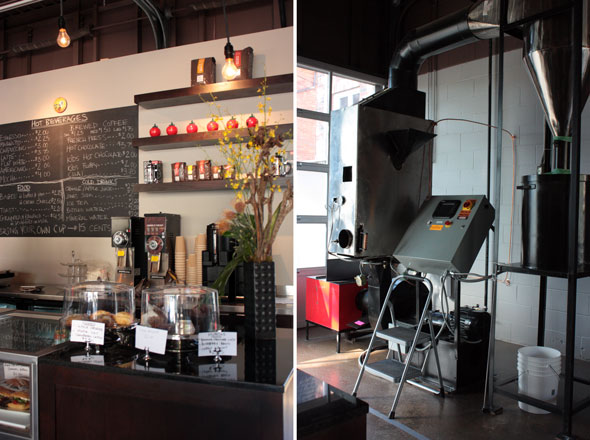 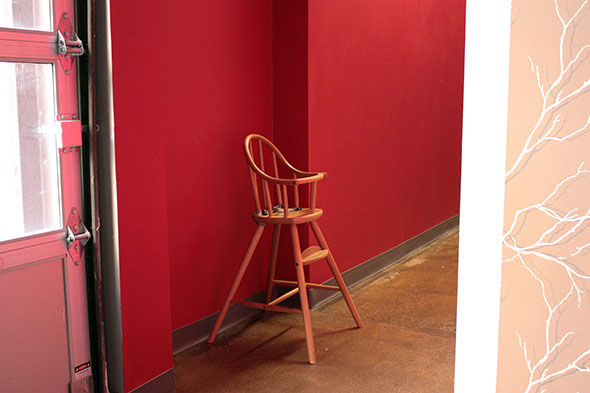 The friendly demeanor permeates everything, and little touches like a water pitcher and glasses, magazine collection, and a couple of prominently-placed high-chairs all strengthen this air of hospitality. Had duty not been calling, I would have pulled out the ol' laptop and stayed for hours. The steady flow of regulars, after a mere two weeks in business, seemed to feel similarly, and were a testament to the awesome rapport between the staff and their customers. 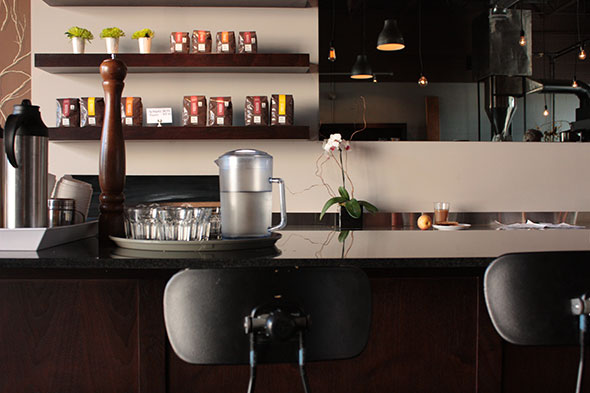 In bonding with my server over our holiday work schedules, I asked how she felt about Toronto, moving here two years ago. "I love it!" she responded without hesitation and more enthusiastically than I've heard in ages. Damn right. The relative serenity of this day's streets, looming warmth after frost (it was the coffee, I tell ya), and a new face in a familiar landscape sent me off to work feeling similarly blessed: Te amo, Toronto. Te amo, Te Aro!

The Best Cappuccino in Toronto