Tea Blendz has introduced quality loose leaf tea and something called a "teapresso" machine to the Junction . I had never previously given much thought as to how my favourite tea lattes and other specialty tea drinks were prepared at various cafes around the city. But Jose and Khadija Jafferji, owners of Tea Blendz on Dundas West near Keele, piqued my interested when they pointed out their shiny new toy. 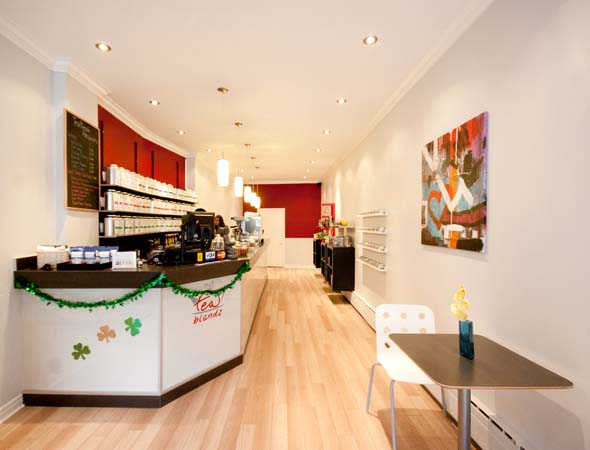 "They have them everywhere in China," Khadija says. "Even in places like KFC and McDonald's, where people are drinking tea instead of soft drinks."

"It has two different boilers," Jose says as he strokes the top of the machine. "Each is at a particular temperature suited to certain teas."

"That way," Khadija says, chiming in, "you can make a perfect cup or shot of green tea, for example, and in just about 30 seconds." 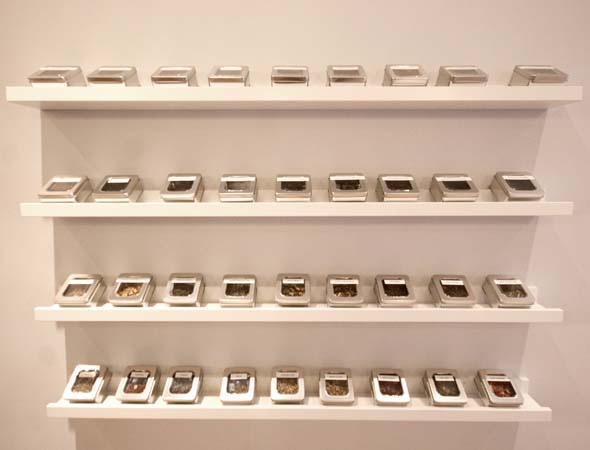 Tea Blendz just opened a week ago in a space previously occupied by a record store (Traxx). Khadija and Jose had always been passionate about tea, often hooking up friends and family with their favourite blends before finally deciding to open a business of their own. They saw the Junction as a tea market just waiting to be tapped.

"The BIA has been very supportive, as well as the whole community," Jose says. 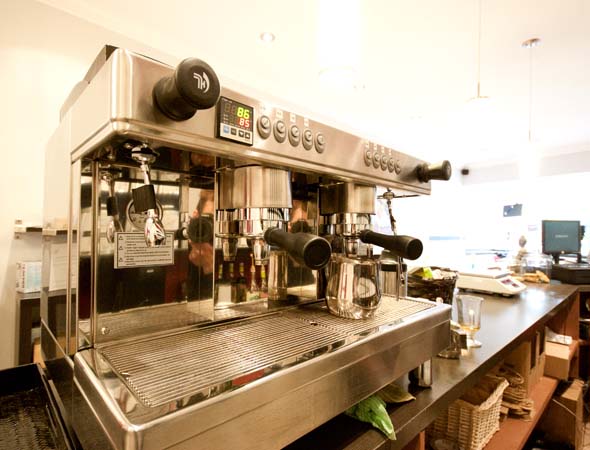 Tea Blendz has all sort of black, green, oolong, white, rooibos, and fruit and herb tea blends, sourced from various suppliers and given names including "Root Beer Rooibos" and "Indulgence Supreme." As well as brewed hot ($2.65) or in a latte ($3.99) Tea Blendz sells its teas by 50 grams, generally priced around $6, and up to $20 for more expensive blends. 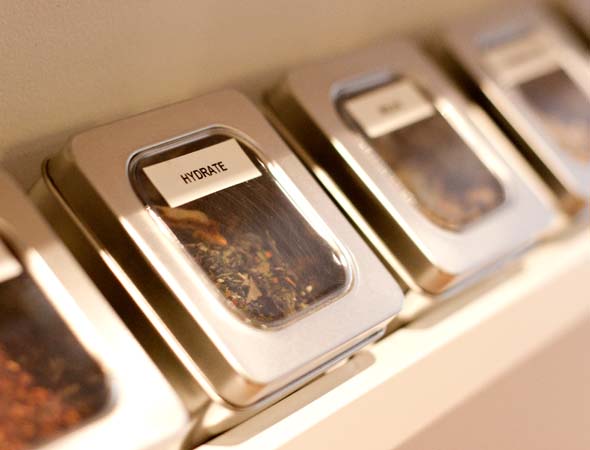 I opt for a Toasted Caramel Rooibos latte, which happens to be the cafe's tea of the day ("It's just basically whatever we feel like," Khadija says."). As it's being prepared, I browse the pots and infusers available for sale, as well as the wall of small canisters of all the blends, designed so customers can help themselves and open and smell before picking their selection. 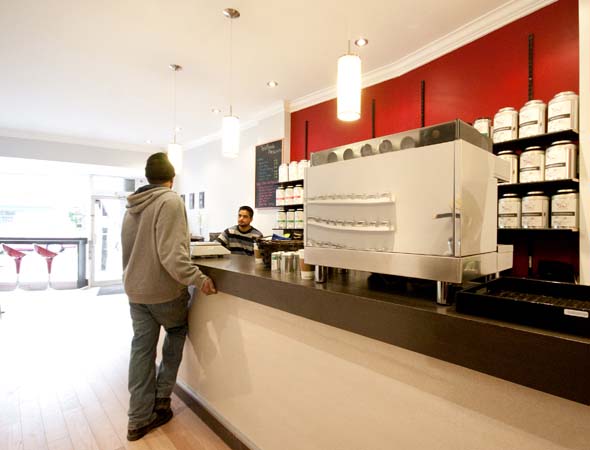 And my advice would be to do so. Especially since my Toasted Caramel Rooibos tasted just like it smelled. While I find that some teas can have misleading scents and end up tasting bland compared to their aromas, this one was in no way disappointing. Sweetened with agave syrup, it was creamy and sweet with a definite "toasted caramel" taste. 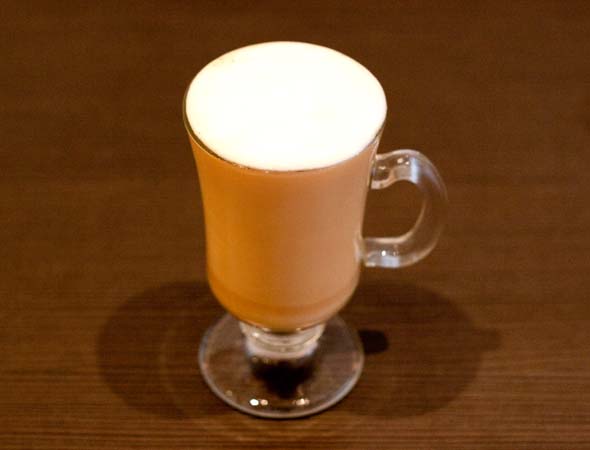 While still in its early stages, Tea Blendz plans to offer up drinks including tea martinis, as well as a healthy take on bubble tea using crushed fruit and oolong in the summer. 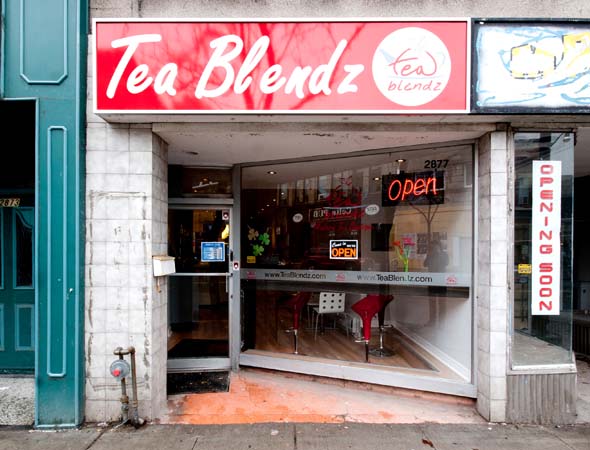