Visiting T.A.N cafe felt like re-uniting with an old MySpace friend, when I made my way over there last week. A few months back, I had helped Melissa hang pictures for her photography show, and got to know the place almost inappropriately well.

Just like those couple of times I stayed at my high school until 11 pm, there is something about being in a public establishment when the public is gone that feels kind of weirdly intimate and... intrepid. 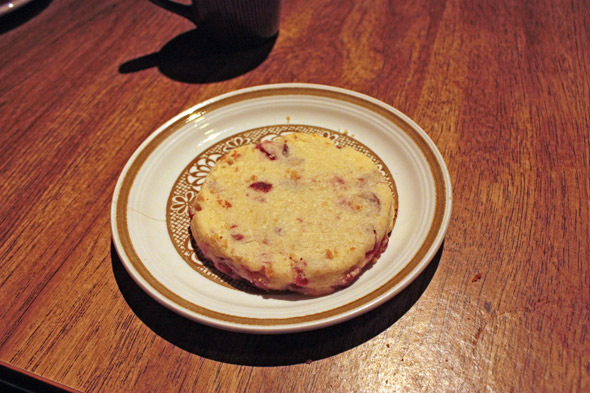 Even more thrilling still was the shortbread that awaited me; shortbread which had been given as a reward for mounting frames. Shortbread for which my love was so intensely memorable, that a re-encounter with Chris behind the counter brought a spark of recognition to his face... "oh, right... you guys were really into the shortbread, weren't you?" 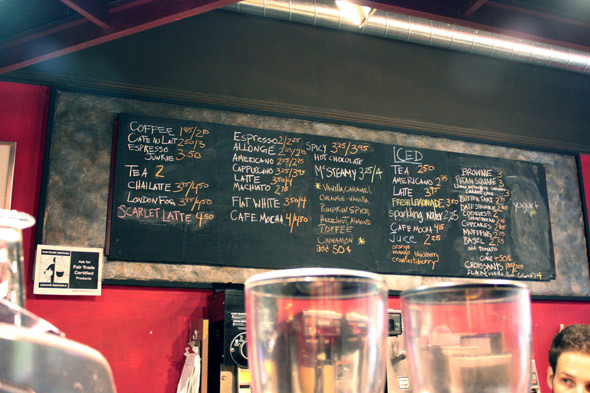 "The shortbread" in question, would be that of World Class Bakers . The size of saucers, and bursting with cranberry (or chocolate, if you swing that way), I feel as though somebody has finally listened to my cookie dreams and made them flesh and blood (butter). 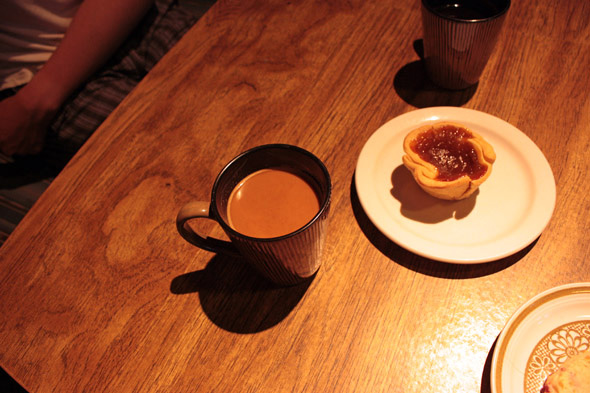 Similarly bespoke, seem the delicious, raisin-free(!) and flaky-crusted butter tart that is provided by... you guessed it:

Circles and Squares Bakery. Man, those guys get around, and I'm not complaining. 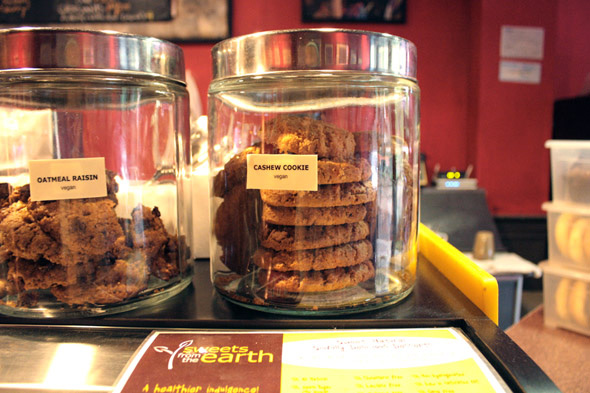 The list is rounded out with yet even more selection from Sweets of the Earth , who serve up some truly delicious-looking vegan goodies. The lure of the cashew cookie was enough to make my eye momentarily wander, until I remembered that my body runs on butter. 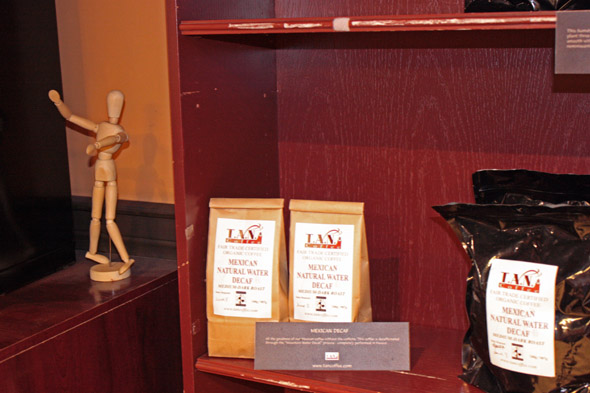 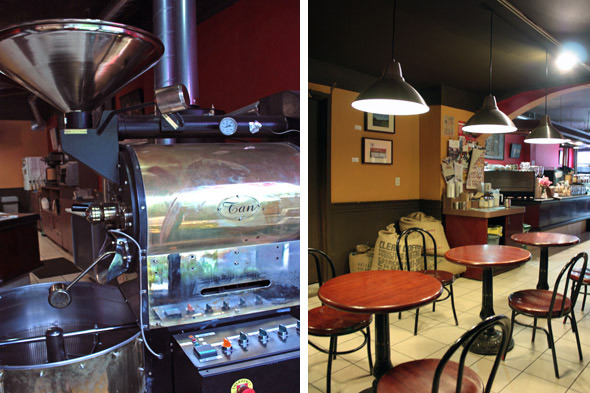 T.A.N. Coffee roasts their own beans on site, which are singularly-sourced and fairly-traded. They have a number of blends displayed on their shelves, and even some thematic garments & gear for sale. The "Expresso Junky" t-shirt wins extra hard for their creative spelling - the latter word adopting my (and William S. Burroughs'?) favourite. 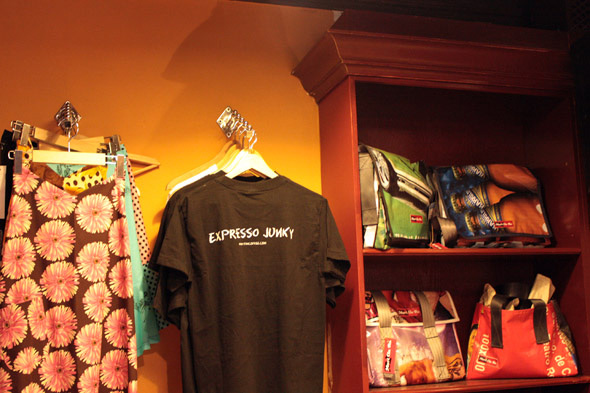 As I mentioned, the space also doubles as a gallery, whose very successful usage I have witnessed. It holds a surprising number of people, and has plenty of wall space; deep crimson wall space that sets a vibrant, dramatic field for a variety of art works.

Along with the TD Jazz Festival performances this past weekend, the website also lists various lectures and exhibits on its roster, often with an activist angle (a model which the aforementioned show certainly fit). 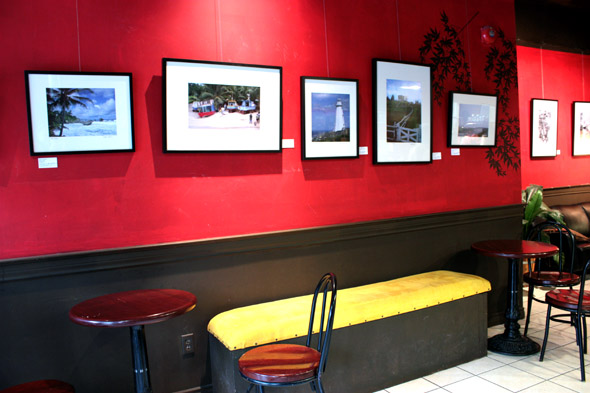 The super-comfy digs allow both the steady circulation of crowds, but also encourages those of us who wish to sit and percolate on an overcast Thursday. On benches with crushed velvet cushions, no less.

The cozy area in the back (a precursor to a lovely patio that I didn't know about/couldn't use anyway as 'twas raining) had stayed particularly vivid in my mind, being the focus of my previous visit's tasks. How psyched we were to find it unoccupied, this little private coffee den where our caffeine-riddled voices freely bounced off the walls. 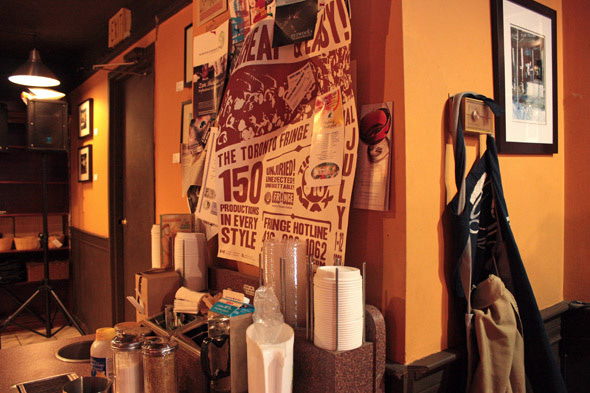 We savored our buttery treats for what seemed like hours in a kind of lovely, rare isolation that felt like home. Add to that the wood-paneled kitchen table (not unlike my mom's old one), and some very familiar-seeming dishware (not unlike the ones my great-aunt still has), and everything felt kinda frozen in time. 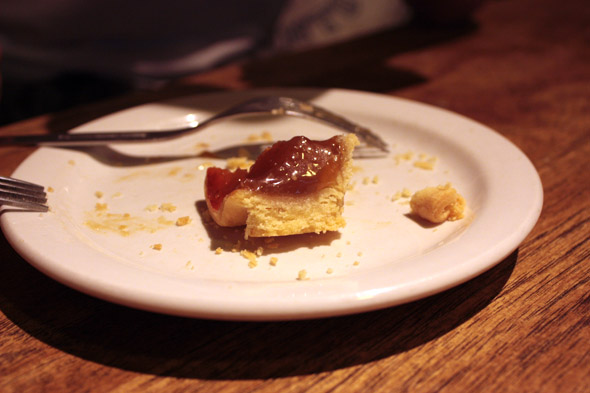 It somehow seemed appropriate that in this sepia-tinged room was where I received a call telling me Michael Jackson had passed away.

How surreal to walk onto Queen Street and be bombarded by the news we'd been missing for the past couple of hours, coming from the mouth and car stereo of every passerby. I only mention this, T.A.N. Coffee, because to not do so would seem dishonest. Our ordinary afternoon took a sad turn, and became downright historical, but have no fear: our relationship is just that much stronger. And in this post-MJ world, I need your shortbread now more than ever. 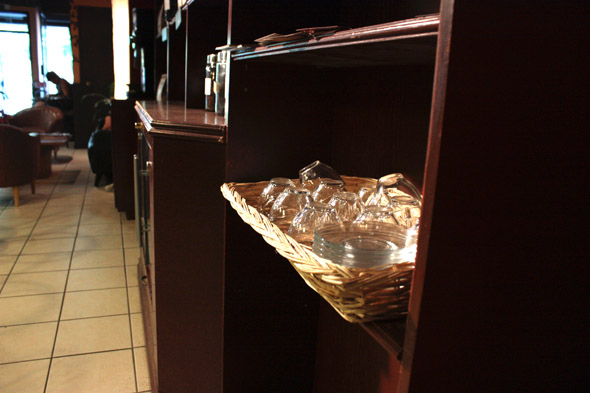 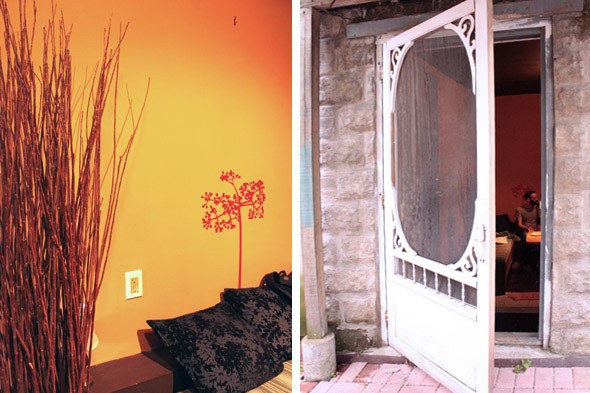