I had a feeling about you, Sideshow Cafe. The name (obviously) was what did it for me straightaway. However, I tend to be wrong about these things, so I tried to keep my expectations in check. Thus, your name and all of its freaky promise was put on the back-burner of my mind, nearly forgotten.

It has since been replaced with a number: "1300" and a crossing street: Greenwood. This, I know, is where I am to get off the (College) streetcar that I take everywhere, everyday, but never this far East on Gerrard. I am excited. I keep eyes peeled for the typical markers, signals of a new hotspot. That being new and hot... well, anything, really. 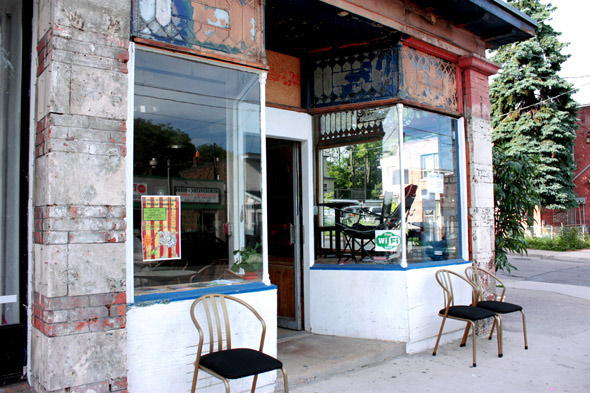 With nary a music or clothing store, nor independent grocer in sight, I am taken aback when two signs simultaneously catch my eye: "free wi-fi" and "circus lessons", on adjoining storefronts across the street. This is when my belly gets that twitchy feeling - the feeling that I had arrived, and that the destination was already sparking my imagination.

The feeling that when they say "sideshow", these guys might actually mean it. I find this incredibly refreshing, as people rarely mean anything anymore. Rest assured that they so do. Super-nice Erica behind the counter tells me that the cafe's been open for under two months, but the building dates back to 1914- when it was the site of an actual circus(!!). 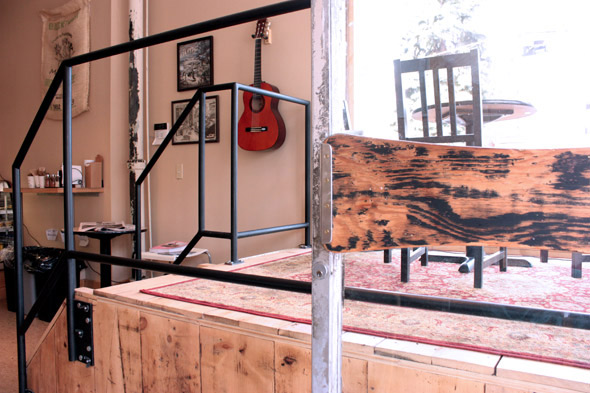 By this time, the info is not exactly shocking, but thrilling nonetheless.This fact is played upon with a confident subtlety; you can practically feel the history vibrating in the walls and it speaks for itself.

A few carefully chosen and casually displayed knickknacks convey this vibe. The tinny (in a good way), old-tyme (pronounced "time-y") music brings it home hardcore. In my head, it is coming from of an antique radio, but in reality, I can see that the culprit is a trusty modern-day Macbook, which I somehow still like anyway (being the whiny PC-user I am).

The aforementioned "circus lessons" are courtesy of the place next door, which is really just an extension of the cafe (or probably vice versa), a few steps by the cash register leading up to a door. A semi-costumed, stilts-carrying member of this troupe comes in and uses these stairs to enter a presumed rehearsal space while my curiosity kills me. My friendly server also goes in at one point, and I all I can think is: "what is going on in there?!" 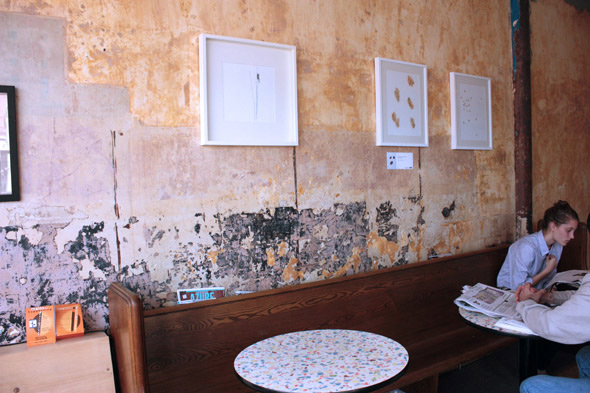 The excitable child in me, with a flair for sequins and curled mustaches (on other people, and as sported by the co-performer outside) absolutely has to see and know.

The grown-up coffee drinker realizes that these guys are probably very busy and working very hard and that the term "circus" is entirely commonplace to them, though it is clearly not to me. I decide against making a scene. 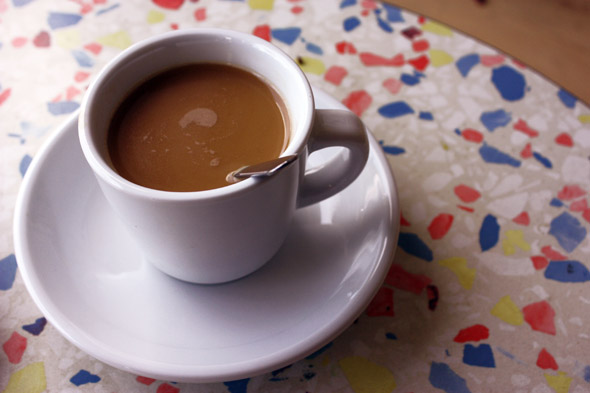 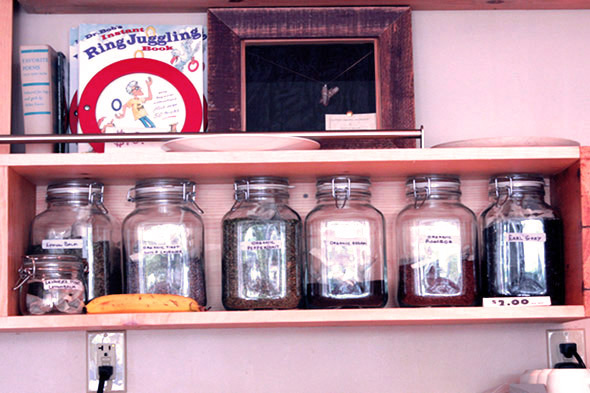 Luckily, my Americano ($2) courtesy of Alternative Grounds, is good enough to re-direct my attention to the matter at hand, and the choice of treats is wide-ranging enough to occupy my restlessness.

I ask for a recommendation, but deep down I knew it had to be the lemon/raspberry square ($2). Everything looks very homemade; the saran-wrap disturbing my snack's aesthetics, but preserving the crumbly goodness which is, admittedly, a little light on the lemon. Very sweet, as she warned me, but naturally so. 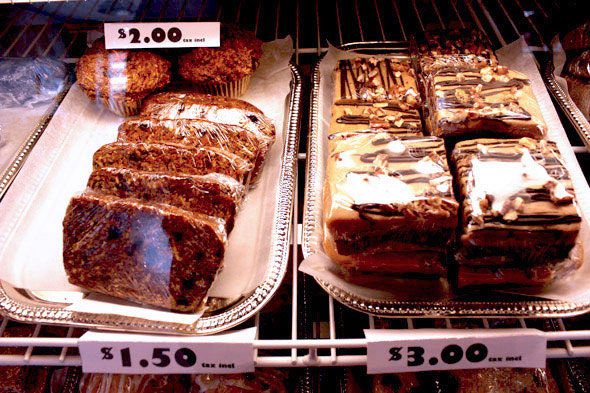 Everything about this place feels natural. Such a theme could, in many other establishments, seem a little contrived. But these guys pull it off beautifully, and genuinely. 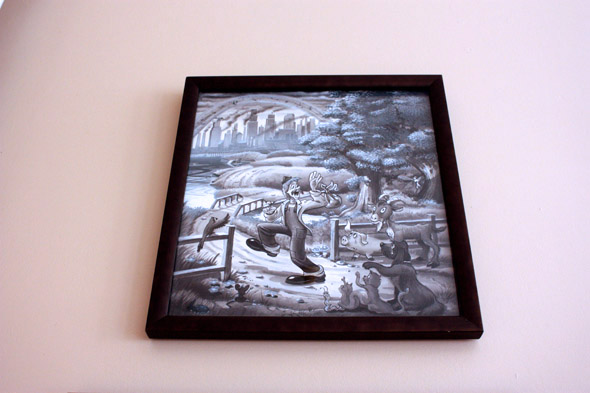 The space is small-ish, but very inviting; clearly old and paint-chipped, but it feels fresh and vibrant. It has- and this is not a compliment I throw around very often- true character.

Sideshow Cafe is effortlessly cool, which you should know is the only real kind anyway. 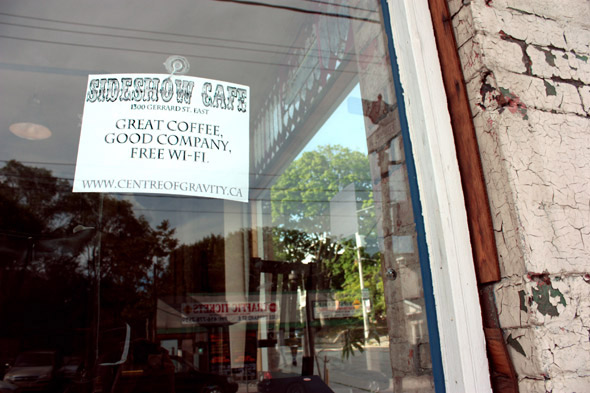