Si Espresso Bar is currently open but their offerings and services may be affected due to the pandemic. Please contact the business directly for more information about any changes. Is this your business? Please contact us if you would like to update this message.

Si Espresso Bar, like a well-brewed Americano (which they've got here, incidentally), is the source of more fun and energy than you would expect to be contained in one, little china mug. Or one little neighbourhood coffee stop, as the case may be -- especially when that neighbourhood is so far from your own. 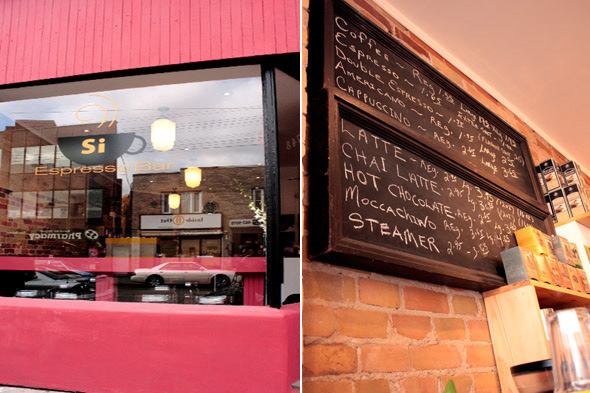 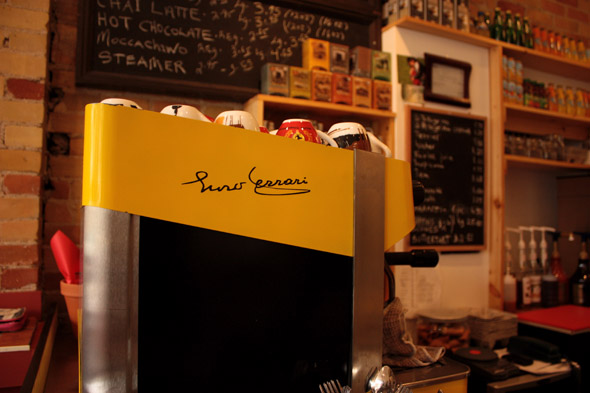 Owner Egidio, or "Edge" as he's better known, clearly loves his coffee and loves sharing it with his kindred customers. Just how kindred? They all seem to match his biting wit, and some his propensity for kickass names - "call me Mercy," one in particular says, as casually as though she'd actually said "Sue." 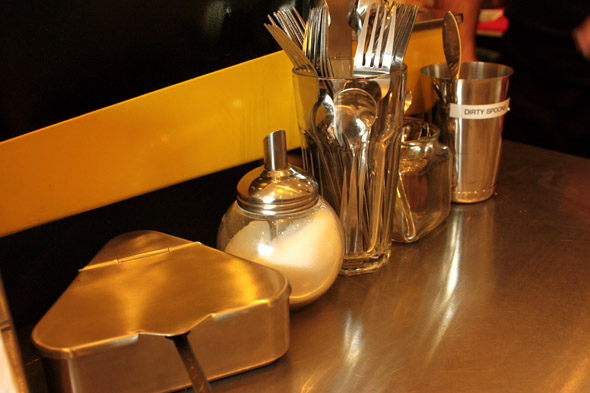 As a working actor who has been in the game for twenty years, Edge's gift for clever banter and more one-liners than I could possibly recount here ("use them all," he shrugs) is uncommon and highly entertaining. Interactions with his regulars (which they, literally, all seem to be) are loaded with familiarity, genuine kindness and endless enjoyment on both ends. 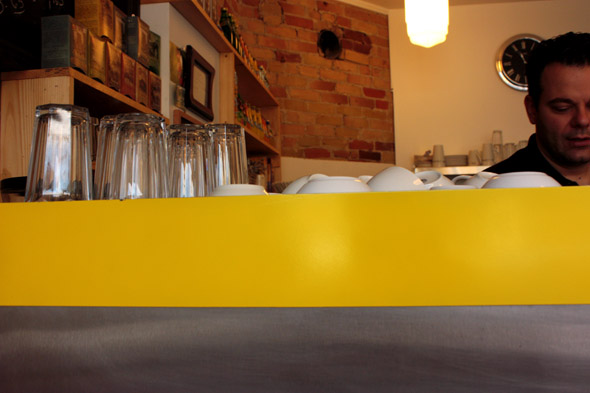 Such traits manifest themselves in acts like the delivery of tea to an elderly woman, who waits out front with her walker. I get the sense that this is a daily ritual. "This place is my home, these people are my family," he says more than once. "I'm not doing this to get rich." 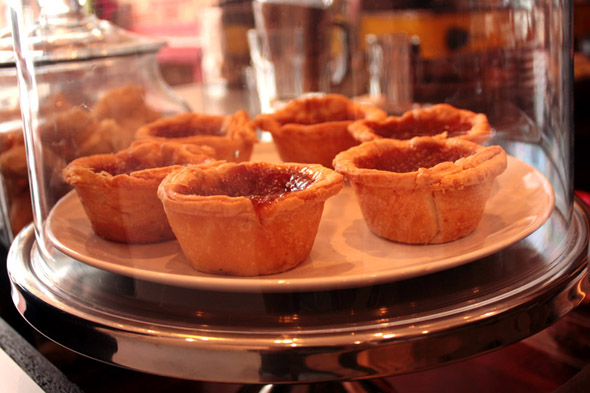 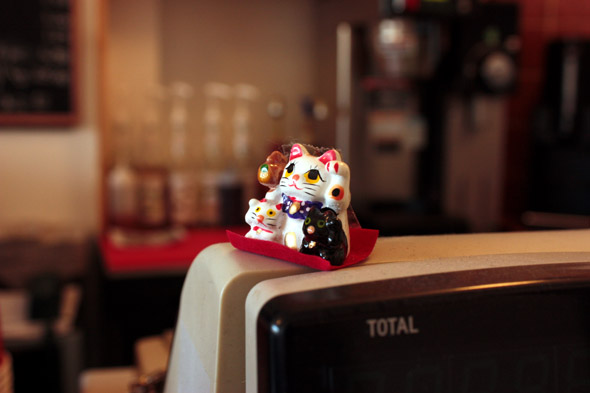 As for me, I like my coffee as I like most things in life: laid back. The coffee is far too strong and bold to fall under this label itself, but the delivery could not be any more so. I know there is no discernible reason for the process to be mired in formalities - particularly first thing in the morning. Edge agrees. "Don't be pretentious with me," he says in his calm, but no-nonsense manner, to those who might be tempted. 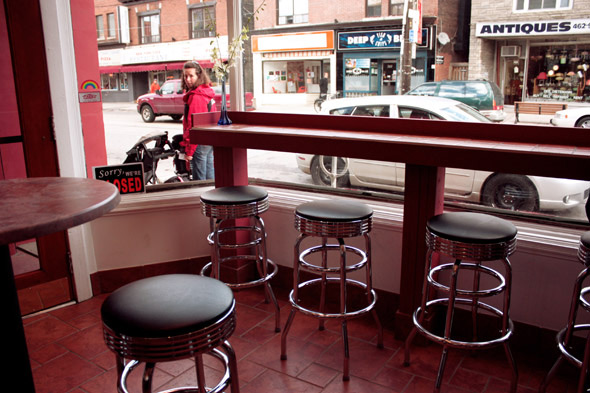 The interior is impeccably devoid of nonsense. With no room or need for tables, a smattering of stools really facilitates the social atmosphere. While a smattering of treat decisions, including scones and muffins from old standby Circles and Squares, a couple of mini (and large) cakes, and those delectable-looking Amaretti that Mercy swears she's addicted to - helps those of us who tend to be indecisive. 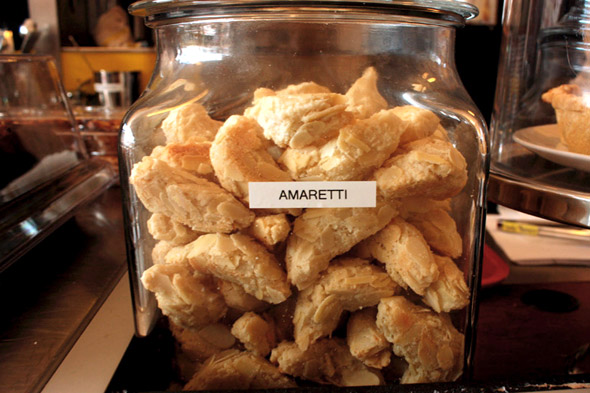 "Don't try and tell me what I want," he says to those who have tried before. "I'm Italian, I've been drinking coffee since I was five years old. I know what I want." It's that confidence that pervades every inch of this lovely establishment, giving it an energy so unique in this city; the unmistakable vibe of having nothing to prove. 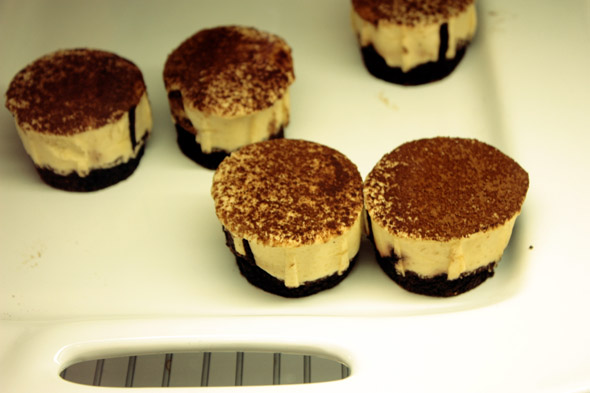 Though the next part of my day involved visiting a brand new baby(!) I find it hard to leave; it just feels like I'm gonna miss something if I duck out too early, with all the interesting people coming in and out, (many artists, industry people and even two folks who had lived in Brampton before) constantly mixing up the conversation. It seems like I'm missing out on something every day, and I guess I'm just gonna have to accept that, or start taking the scenic route to work more often. 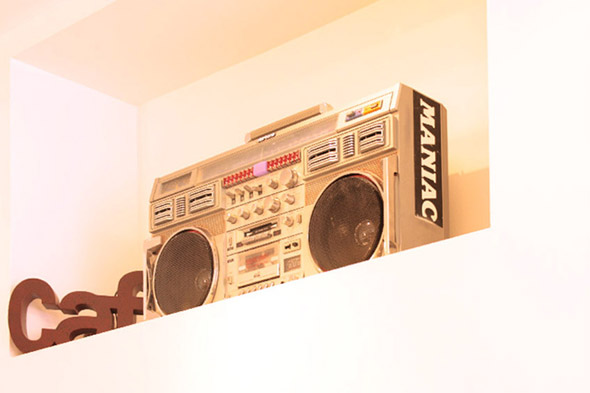 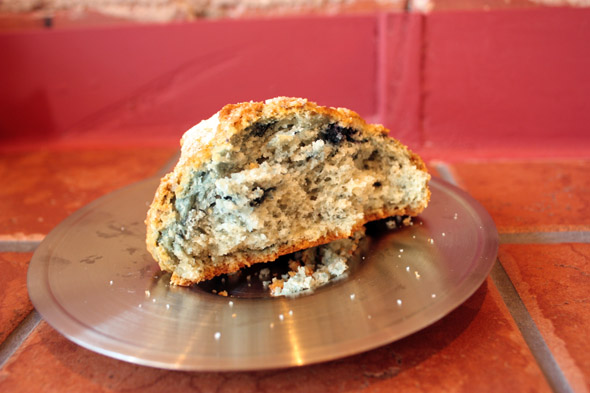