Seven Grams Espresso Bar offers more than just the option of espresso or drip. On Avenue Road just south of Davenport, the new cafe is striking in appearance, and not just because of the strange coffee contraptions displayed on its bar. But more about that later. Upon entering the former gallery, I'm greeted by three massive orange chairs that look perfect for curling up, albeit a bit too close to the entrance to comfortably sink away. 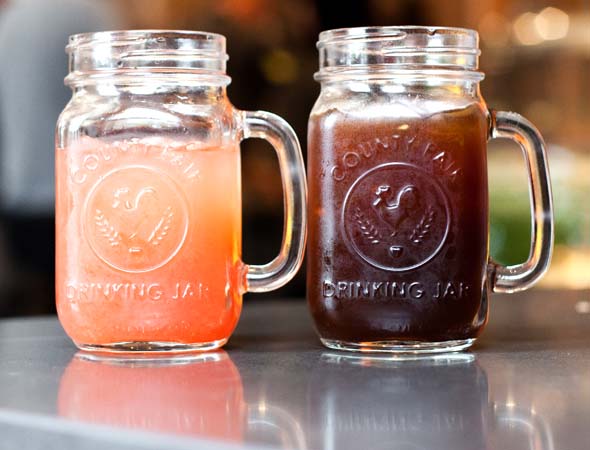 So I head up a few orange steps to the orange and black espresso bar, adjacent to a wooden communal table where a couple of customers are chatting away. Adam, one of Seven Grams' baristas, finds me there, and he begins telling me about the coffee offered at the new Yorkville café. 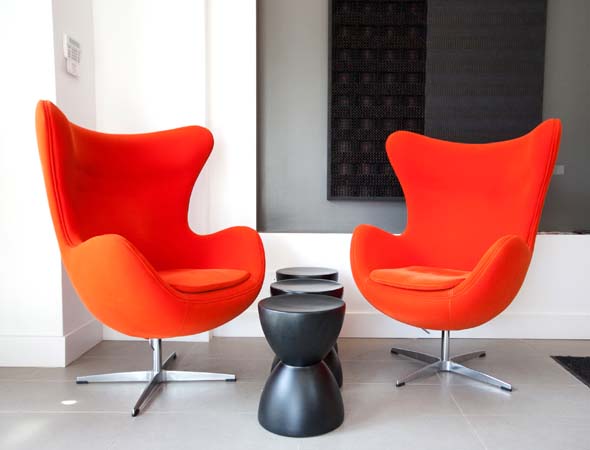 "We're always experimenting with different coffees, different amounts, and different methods of preparation," he tells me. "It's about finding the combination that works." 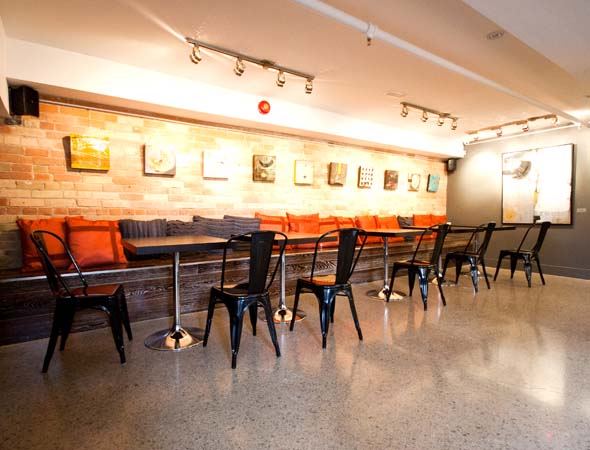 Seven Grams gets its locally roasted beans from Te Aro in Leslieville . Its collection includes Ethiopian, Peruvian, Kenyan, Brazilian and other coffees, as well as teas sourced from the Tea Emporium. But it's Seven's methods of preparation that make it unlike other coffee spots nearby. 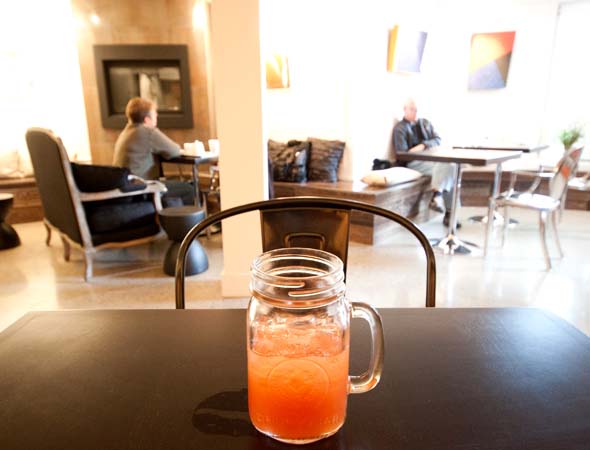 "Of course, we have drip coffee ($1.75) and espresso drinks ($2.75/espresso)," Adam says. "But this," he says motioning toward a glass contraption that looked better suited to a laboratory than a café, "this is for our cold drip." I had seen a cold brew device before, yet never actually in action. 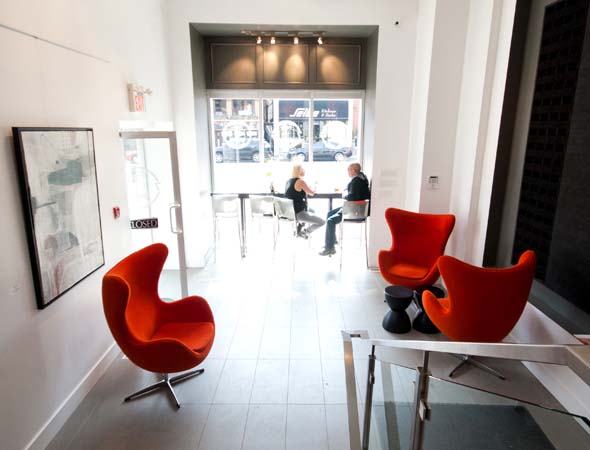 "We brew it about twice a day," he says. "The result is a very smooth coffee, a little thicker than normal." He pours me some Brazilian over ice ($3.50). "It's almost like a scotch." 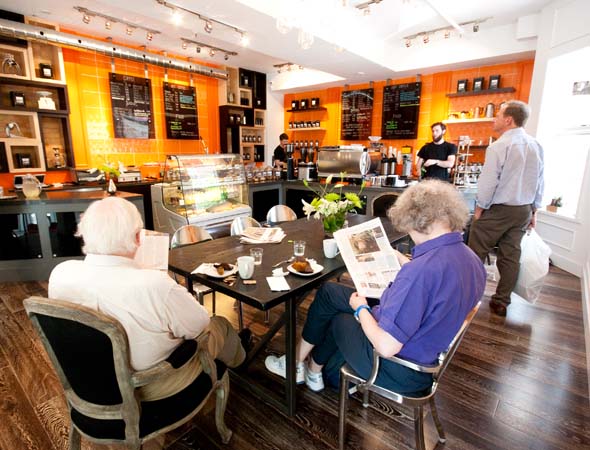 While, disappointingly, I didn't get that scotch buzz, the coffee did have a very smooth flavour; not acidic at all and it went down quite easily. 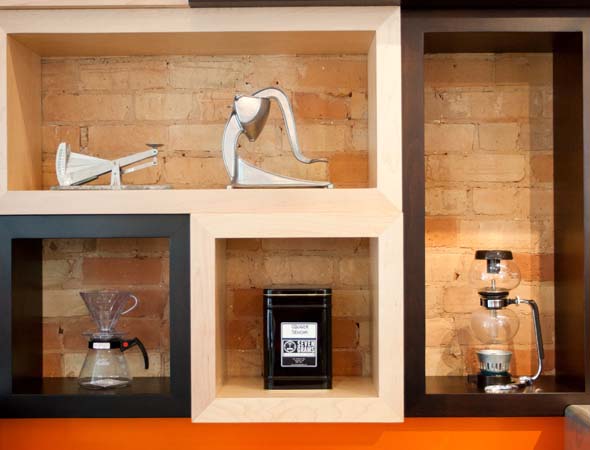 Next, we moved onto pour over coffee ($4.00), where the extraction is controlled by the barista pouring hot water in a deliberate motion over the coffee. "It takes about two minutes," Adam says. "The oils are removed, and the taste is very clean." 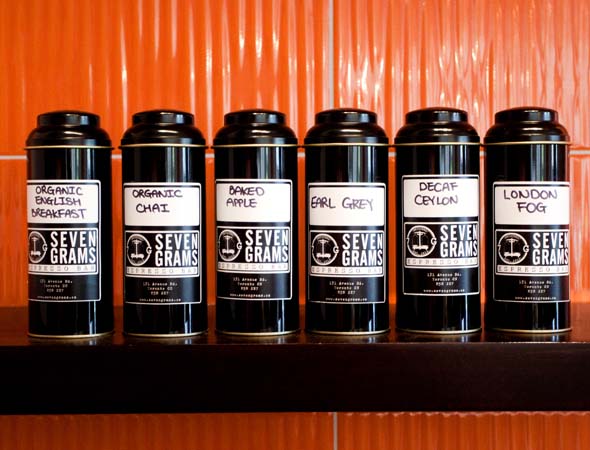 Lastly was something called a trifeca coffee ($4.25), made in the only Bunn Trifecta coffee brewer in use by a café in Toronto (according to Adam, who notes that Crema 's Clover is similar). The single-cup brewer makes the coffee using pressurized systems of water and air, stirring as it brews. The result reminded me of the type of cup you'd get from a French press, but cleaner, crisp and fruity. 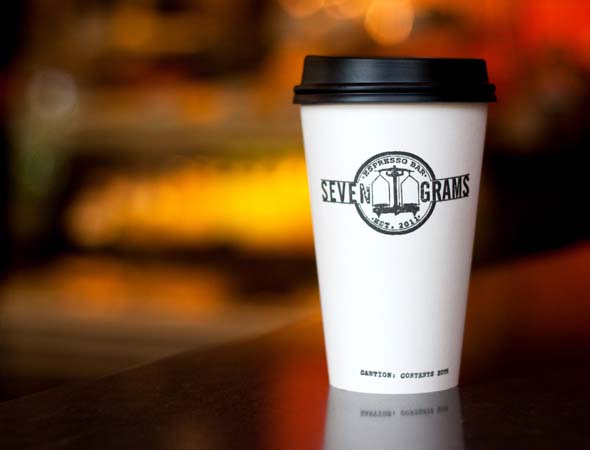 Seven Grams also offers treats from local bakeries including the ubiquitous Circles and Squares , truffles by an independent supplier, free WiFi, and soy and lactose-free milk at no extra charge. 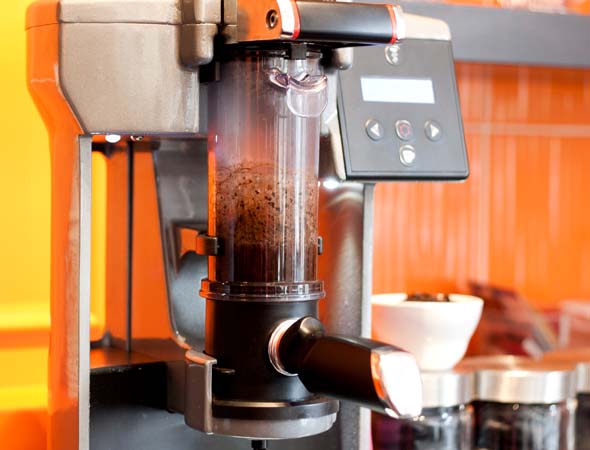 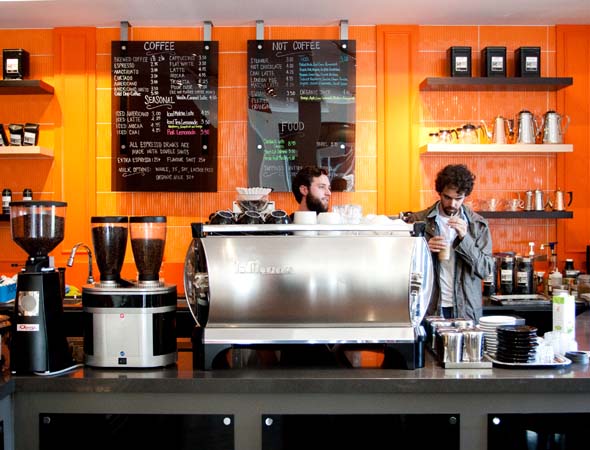 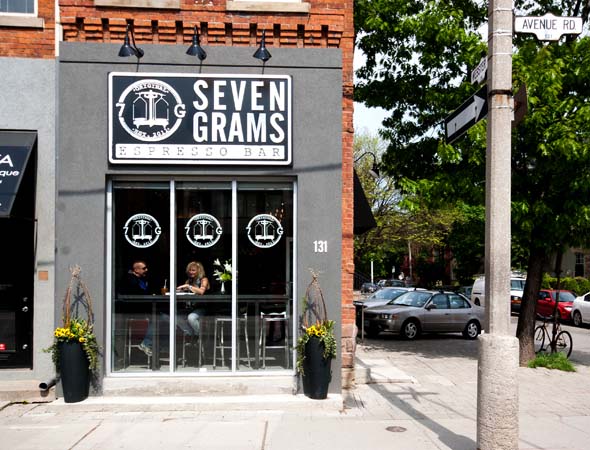