Sense Appeal Coffee Roasters is the coffee shop I've been waiting to find. Some of the most delicious coffee I've ever had, a groovy bare brick space and an impressive rotating food menu, make this a coffee shop everyone in the city should hit up.

Open for only a week and a half, the guys at this shop gave out free coffee for the first week to announce their opening. According to the owners, there was almost a constant line-up to the back of the store for the entire week. 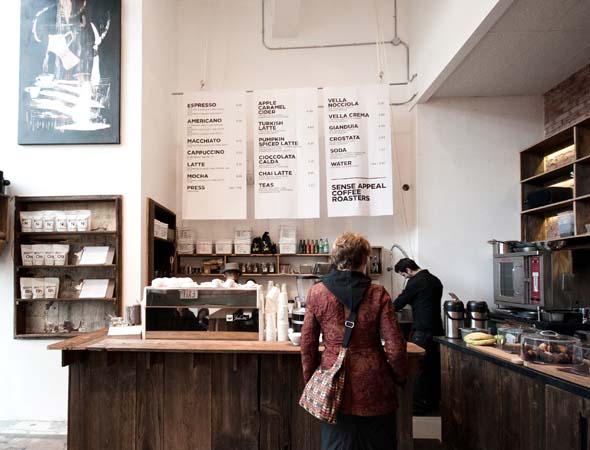 When I first walked in, I was greeted by a smiling Sameer Mohamed, and given a choice of espresso to chose from. "Show me what you've got," I said. Mohamed is the kind of barista who loves to get excited about coffee and explain in great detail what it is that you are drinking. This passion is why the owners of this shop have Mohamed in charge of their coffee program.

The shot was passed to me, and I instantly understood these guys are the real deal. A thick, elastic head of crema with consistent tiger-striping had my mouth watering before I could even pick it up. 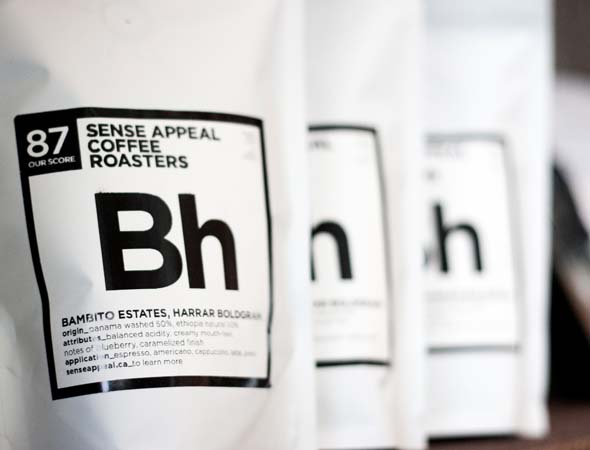 "Give it a stir," I was instructed, and let me just say I love when baristas do that. There is nothing better than a barista who knows exactly how an espresso tastes best. He was right, this shot was absolutely fantastic. Smooth and sweet, I couldn't get enough. A blend of Panamanian beans, this was honestly one of the best shots Ive ever had. Tasting that coffee reminded me of the first time someone pulled me a shot of BlackCat in Toronto.

By the time the second shot came around, I really wasn't sure if it could be as good. I was starting to regret the order in which I tried their coffee. Was the best over? Definitely not. The second shot, a blend of South American and African beans, was also outstanding. Slightly beefier than the first shot, and a sharper sweetness to finish, this shot was a winner. 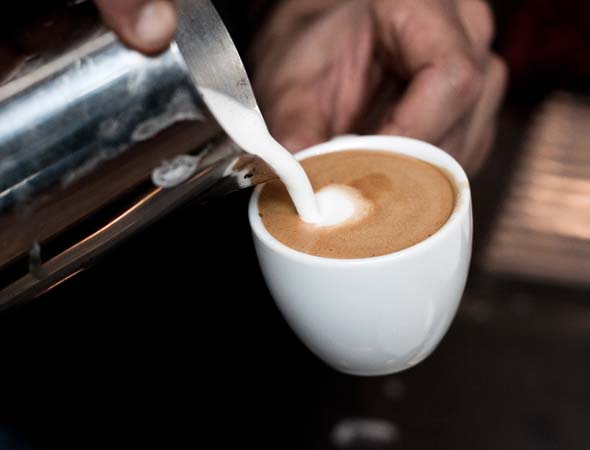 Besides espresso on the menu, Sense Appeal serves seasonally changing signature flavoured lattes, but don't let the name "flavoured latte" freak you out. These drinks aren't made with a sugar syrup. Instead, they are flavoured with natural reductions, purees and caramel. Owner Peter Adamo is a sommelier, and brings much of his experience with food and drink menus to this shop on Spadina Ave., explaining to me that no menu of his is static, and that everything on the menu has been carefully considered. 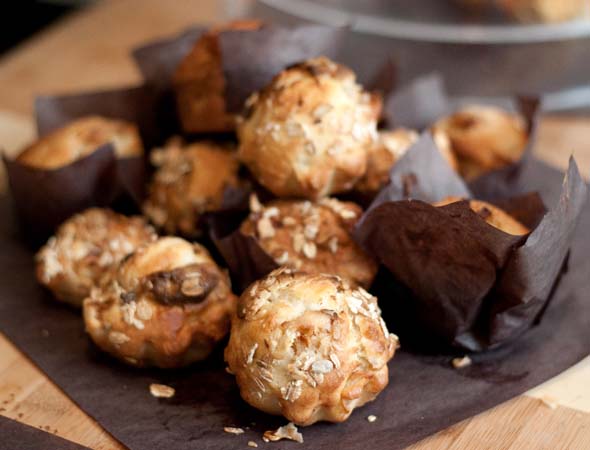 In an attempt to get a better understanding of the kind of food and coffee to serve, the fellas at Sense Appeal are going to be using their customers as a sample to determine specific coffee and food pairings in the shop. Daily-made brioche and varietal polenta scones, are often gone before noon each day, and despite the fact that it was opened less than a fortnight ago, the neighbourhood knows these guys have got a good thing going on. 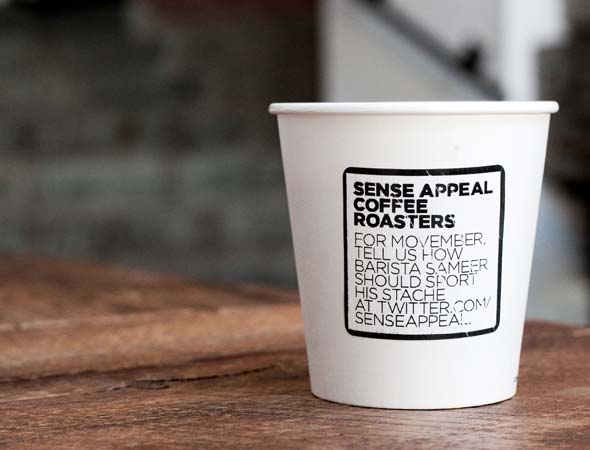 The coffee used in this shop is sourced through both a direct-trade relationship with a number of South American coffee farmers, and through auction. Adamo has a keen sense of what's good, and favours his system for the sake of equitability and control. For example, with the system in place, Sense Appeal can avoid importing coffee from regions they know haven't had a good harvest, in favour of a good crop. Once their coffee arrives, it is roasted locally and left to rest and de-gas for a few days before serving.

Before turning into a coffee shop, Sense Appeal was roasting coffee in an exclusive agreement with select 5-star hotels. 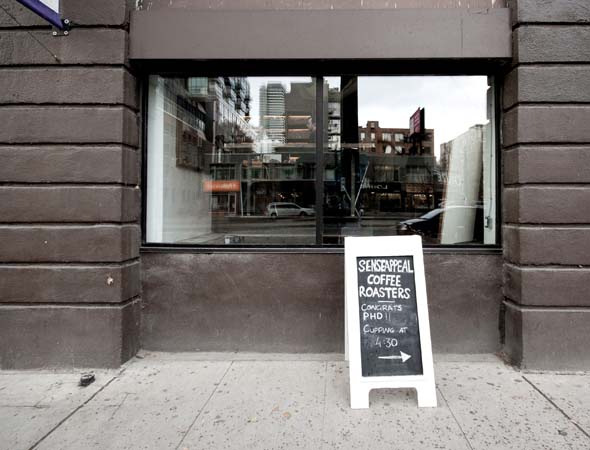 Sense Appeal, at 96 Spadina Ave., is open from 8-7 Monday to Friday and 9-6 on Saturday. Photos by Dennis Marciniak