Scoop and Bean is the best concept for a café ever. I'm not saying this brand new Bathurst/Follis joint invented the coffee and ice cream combination ( the Italians did? ), but it's the first place I've seen that's named after it. Scoop and Bean sounds unbelievably enticing, especially on the morning of a busy day. 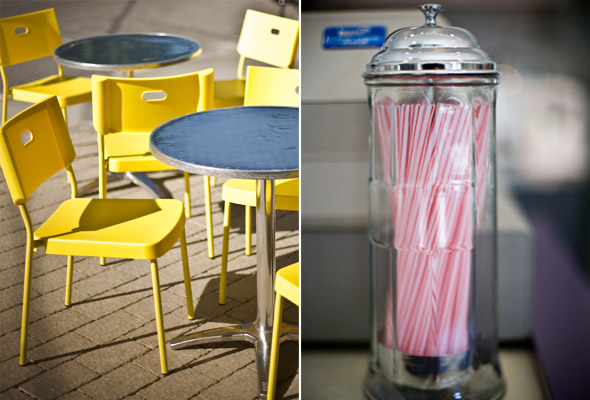 Alyssa had a busy day on Tuesday. If I was going to get her to Scoop and Bean, I had to get her there early - 9am. It's early for us (apologies to those with jobs) but it looks like the S&B crew has been up and at 'em for a while. They're busy with colourful chalkboard menus and patio furniture, enthusiastically putting final touches on their bright new place. It's their second day of business and so far so good - tons of kids were running around with ice cream cones last night, I hear. And this is ideal. "We cater to families," says Cesar Ramirez, one half of ownership. He and Joe Prajza are running upstairs and downstairs, back and forth. They're excited! They're tired. They are everything one is at the dawn of a new endeavour. They also have great staff. Alyssa and I are greeted with smiley faces. This leads me to believe that all these guys are either entirely used to (and entirely enjoy) being at work before 9am, or they've been partaking in some scoop and bean already this morning. It's encouraging. Alyssa and I get right to it. 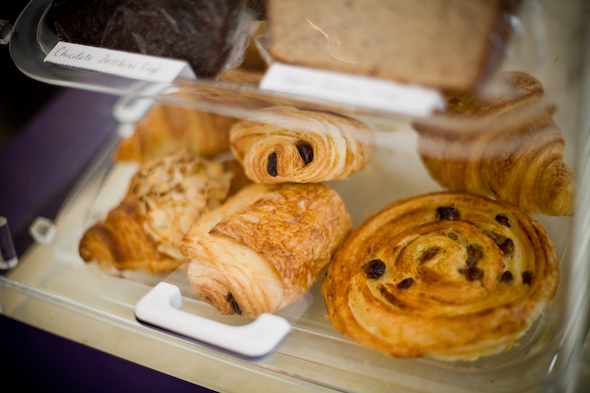 The breakfast selection goes beyond ice cream. S&B offers Montréal style bagels, cupcakes, brownies and cookies from Assaggio Catering, croissants from Pain Perdu and sandwiches from Santaguida (which is directly across the street). I want the straight up goods: two scoops and one coffee (bean). The ice cream is from The Kawartha Dairy Company , which is my favourite because it tastes like summer and cottages (they like Kawartha Dairy up north). I get mint chocolate chip and moose tracks because, well, that's what I always get from Kawartha. My friendly server, Fran, piles it up on an ice cream cone and with the first bite I can practically see Muskoka and the lake. My coffee is Reunion Island. Alyssa's approach is far more efficient. She has an affogato: vanilla ice cream with a shot of espresso on top. She's going to have a great day. 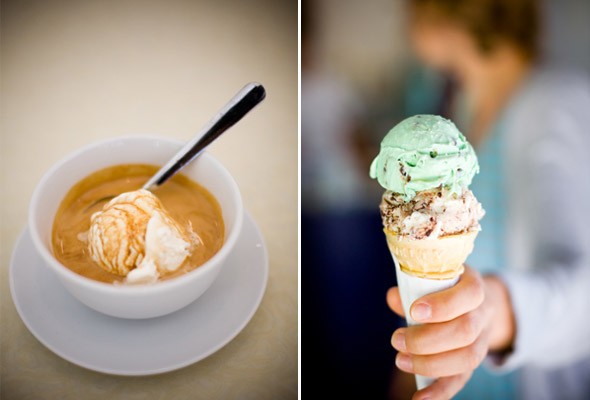 Alyssa spots a huge, comfy chair in the corner. "I want to sit in that," she says and takes a seat with her espresso treat while Joe fills me in on the biodegradable take-out gear and gluten free/vegan options. He and Cesar grew up in the area and spotted this building for lease when having dinner at Grapefruit Moon , their new neighbours. I love Bathurst these days. All the empty storefronts are filling up with sparkly new businesses. 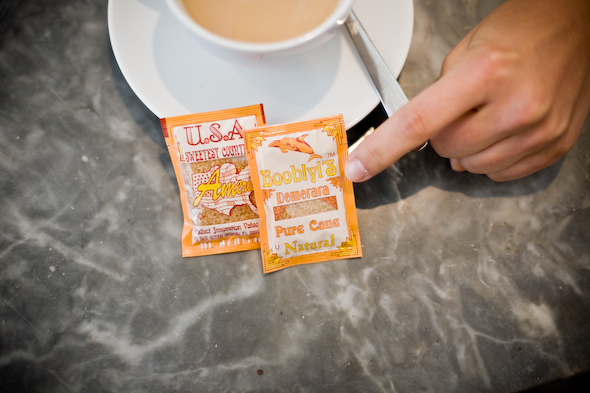 Over in the comfy chair, Alyssa is finishing her breakfast, which by this point has melted into a delicious, creamy mess. She asks for another coffee and fills it with raw sugar. "This is fancy sugar," she says to herself. Turning to me, "Look how fancy this sugar is." She's sky high on caffeine (and fancy sugar) and her busy day is looking far less daunting. "It's Demerara !" she exclaims, launching into a history lesson about the sugar industry in Guyana. It's fascinating, but can't last long. She's got a lot to do and is out the door soon thereafter, leaving me to linger inside Scoop and Bean with free wifi and my own (much more moderate) caffeine/sugar high. It's going to be a great day. 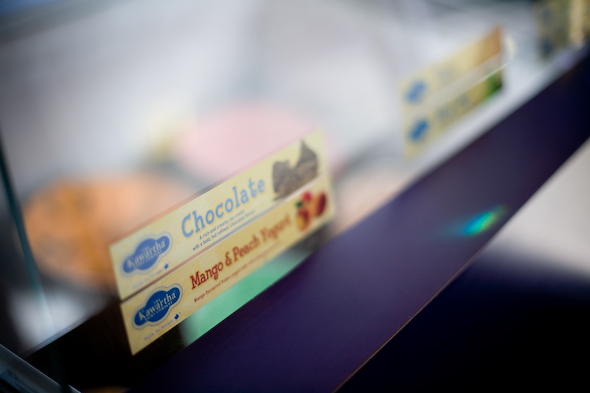 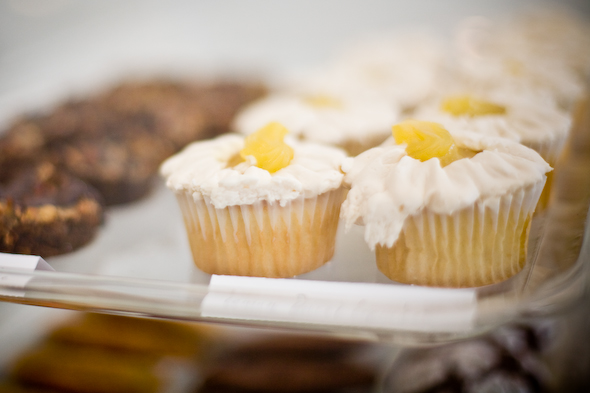 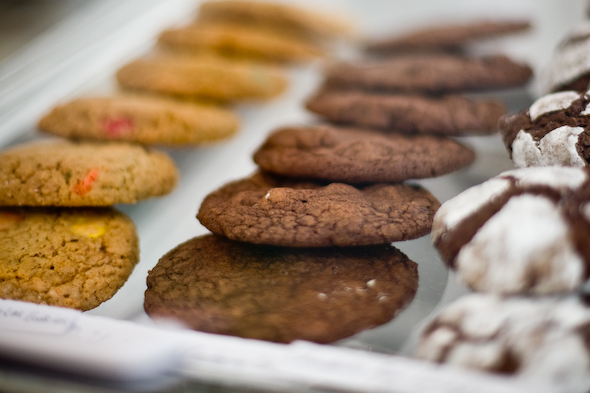 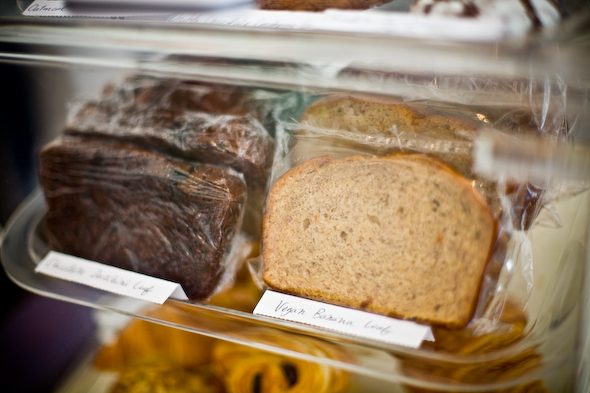 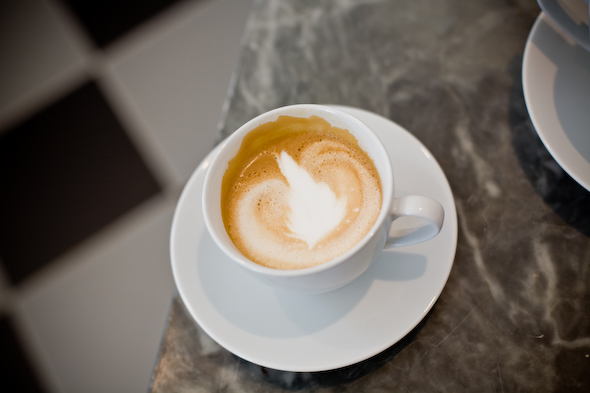 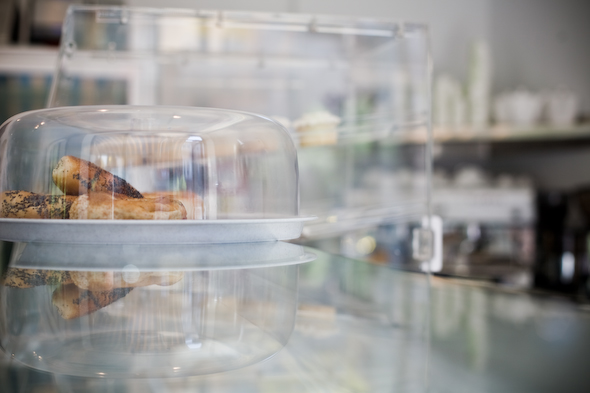