Sam James (PATH) just wrapped up its inaugural week and its momentum at close shows no sign of slowing down.

I stop by the third and newest location on a Friday afternoon, when Sam James and his team are futilely trying to wrap up for the day. No dice. A constant stream of people seem to poke their heads in the custom-designed space, hoping to be able to get their hands on the last pull of the day. That goes on for a cool 20 minutes. Needless to say, the PATH has fully embraced Sam James. 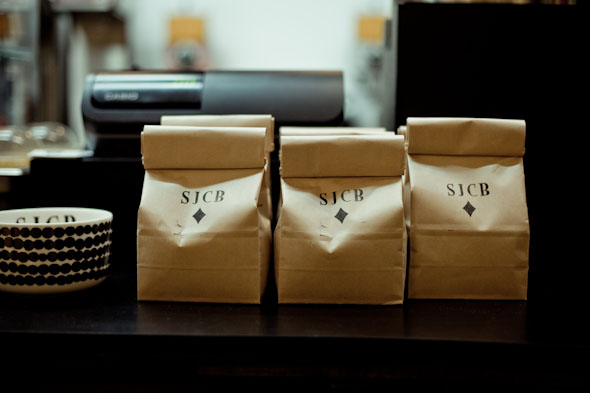 James and I finally get a chance to chat once the last customer is served, and he takes the opportunity to show me how the bar has been designed for ultimate time efficiency. "Here," he says, pointing out a nook by the grinders and La Marzocco Linea espresso machine. "This was cut out to be just the right size; the barista can get right in there." While the shaping of the bar might seem like a minor detail, Sam says even the littlest detail can make a big difference in a spot as busy as the PATH. 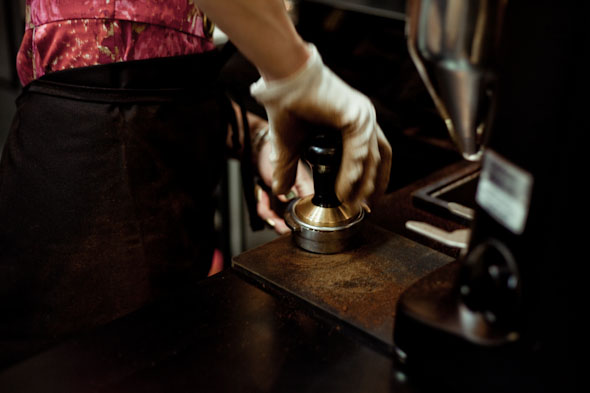 "Drip coffee is huge down here," he continues. "Some of the people who work upstairs are under a lot of pressure, and they need fuel; they'll come down four, five times a day, and they want something quick." 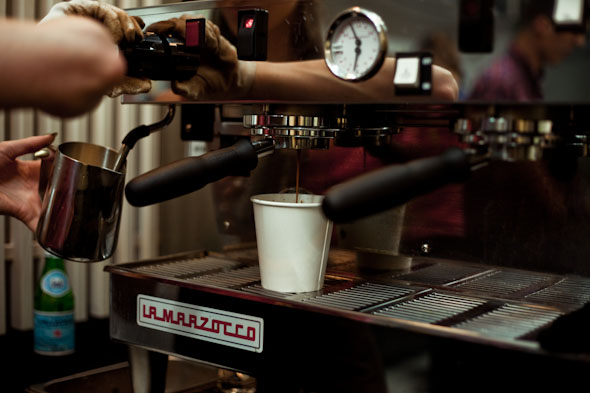 James has thus made the decision to invest in two premium drip machines, as well as two espresso machines and two cash registers. And though the concept may be of a slightly more accelerated form, the principle, as always, has stayed the same.

"Ideally, we really want to showcase what our skilled baristas can do," he says. "It's not about the brand," he adds, noting that they've refrained from actually putting up a "Sam James" sign. 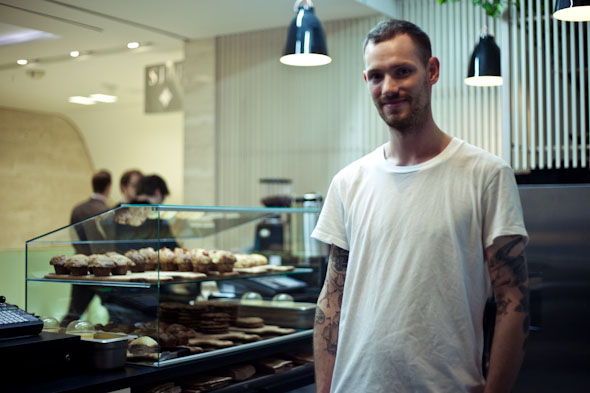 Nevertheless, some customers have, indeed, recognized the brand, familiar with the Sam James location near their home and now finding it at work. And the word has spread from there, so much so that new location has yet to experience a lull in its constant pulling of espressos ($2.62), mocha lattes ($3.58/$3.99) and from its serving treats from Delica Kitchen.

With all of the activity I can't imagine Sam looking forward to another location, but I ask him about the possibility anyway. 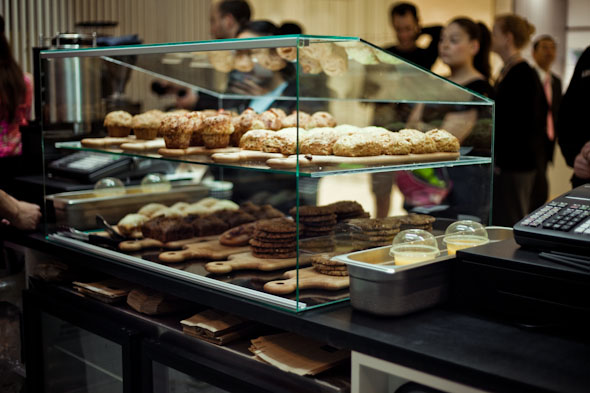 "I'm always thinking about what I want to do next," he says, noting that it was about one year ago that he set his eyes on the PATH. "But this week, I've been working 12-hour days. For now, I'm just hoping to get this place into a routine." That routine â on the customer end, at least â is Monday to Friday, 7 a.m. to 4 p.m., with the expectation of a few latecomers hoping for one last latte. 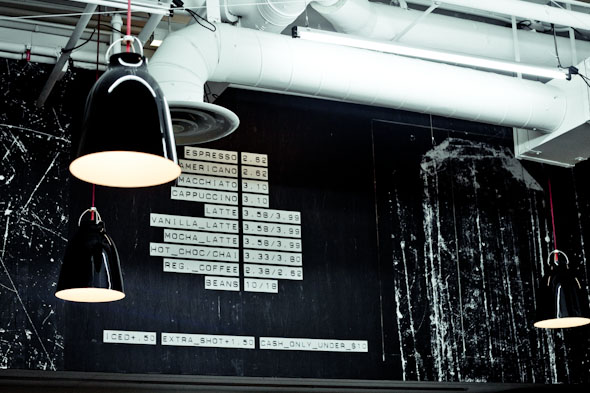