Rustle & Still is currently open but their offerings and services may be affected due to the pandemic. Please contact the business directly for more information about any changes. Is this your business? Please contact us if you would like to update this message.

Rustle & Still is a cafe that pays tribute to its owners’ Vietnamese heritage, with specialty coffee beans sourced directly from Vietnam along with banh mi and desserts.

Decor at this Koreatown spot is light and bright, with a Scandinavian-like style of minimalism. Wood furnishings and plants galore combine to make the space feel both hip and welcoming.

Outside, an old-school revolving barber’s pole has been updated, its stripes replaced with leaves instead; when it revolves, they look like they’re rustling (get it?), piquing the interest of passers-by. 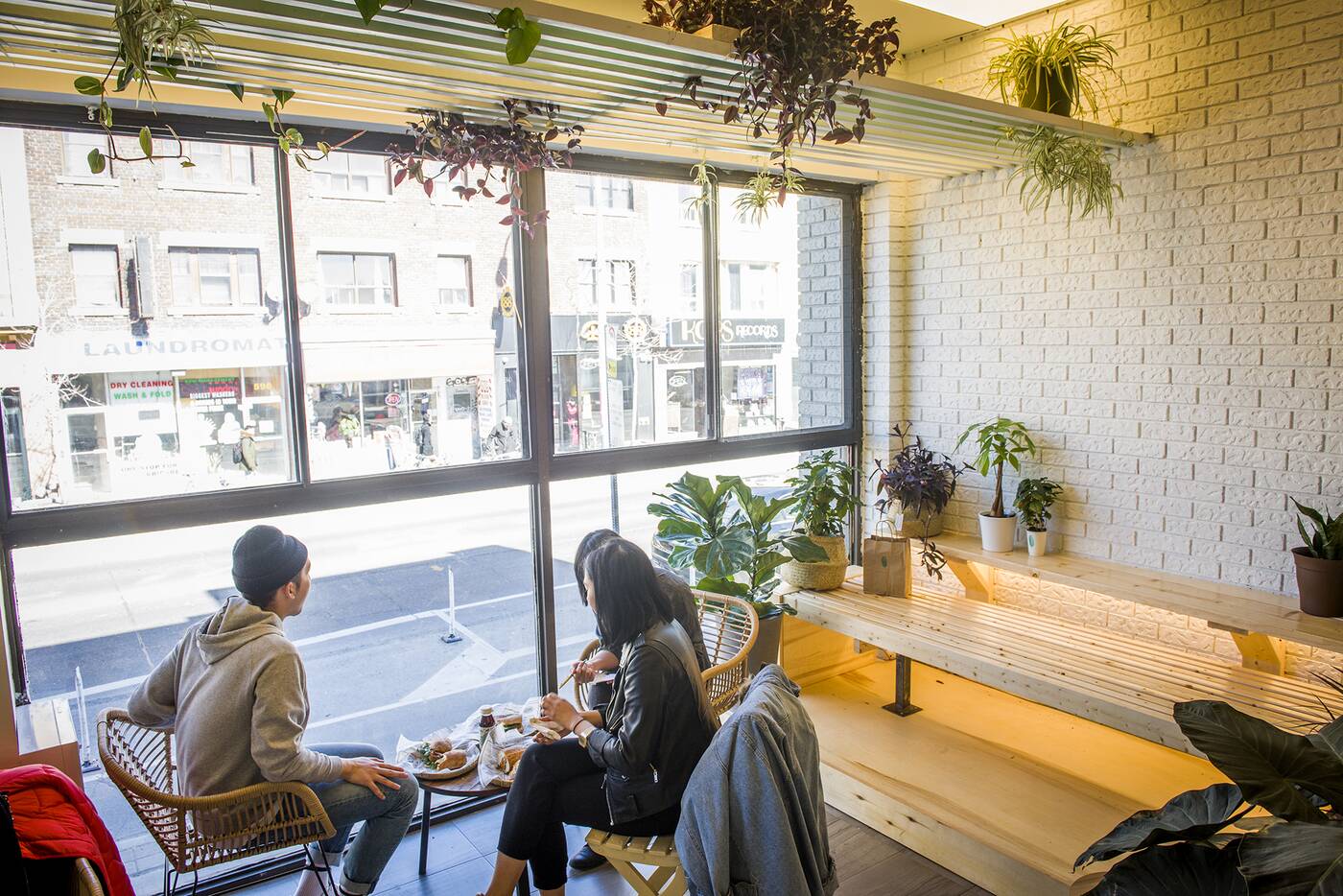 Co-owners/married couple Tri Ngo and Hang Vu are both originally from Vietnam. They met in Toronto as students and eventually decided they wanted to open a cafe here that offers the city something a little different.

This cafe features only one type of single-origin bean, and for now, this is the only place that offers it in the city. Ngo, a huge coffee enthusiast, researched and planned for three years before opening this cafe, and he looked into which coffee to feature from his homeland very carefully. 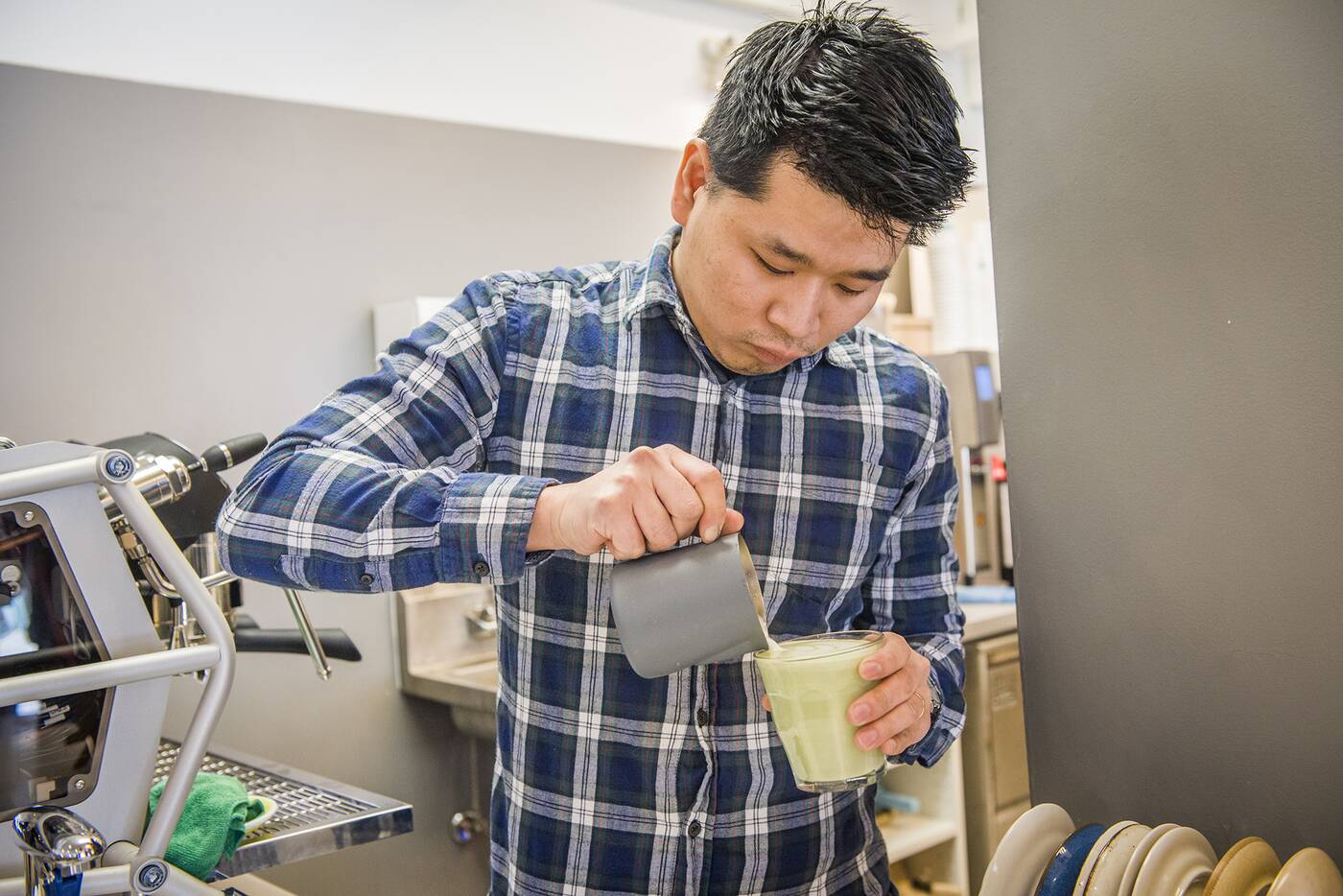 Vietnamese coffee beans tend to have a reputation for being of low quality because it mostly farms Robusta beans (typically used for instant coffee), but Ngo has sourced high-quality Arabica beans sustainably grown by the indigenous K’ho tribe from Lac Duong near Dalat, the central highlands of Vietnam.

Partnering with Filanthrope, a non-profit that aims to ensure a larger portion of coffee sales goes directly back to the farmers, Ngo and Vu hope to make a real difference with coffee. 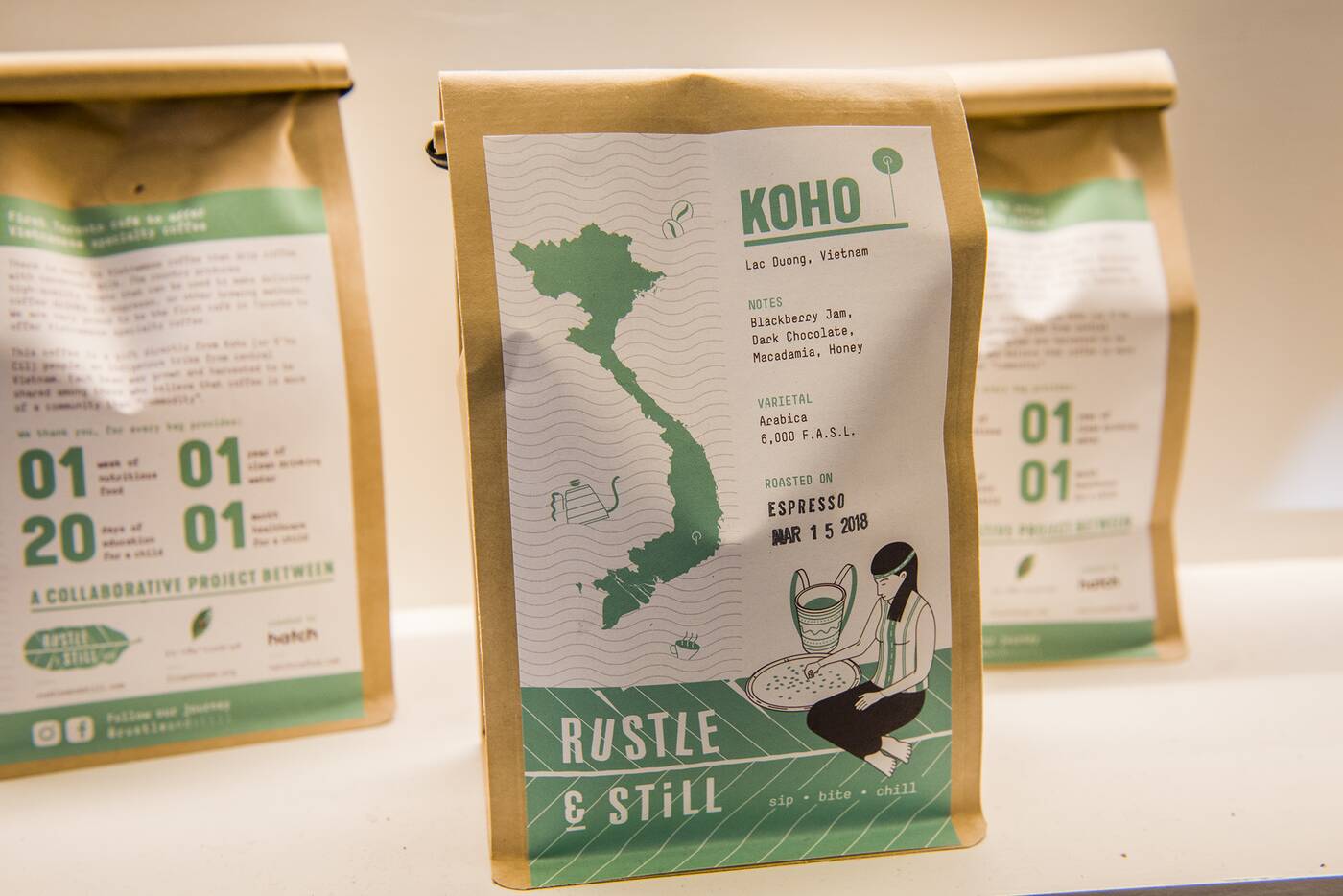 Roasted locally by Hatch, these Koho beans (bags for filter or espresso are available for $18 each) have different roasting profiles depending on the brewing method. The goal is to highlight and showcase how varying methods of preparation bring out different unique flavours and aspects of the bean.

Ngo notes that most Toronto cafes tend to feature light, fruity, Ethiopian beans and/or heavier bodied Brazilian beans, and he believes this specific Vietnamese bean lies somewhere in between the two, with notes of blackberry jam, dark chocolate, Macadamia and honey. 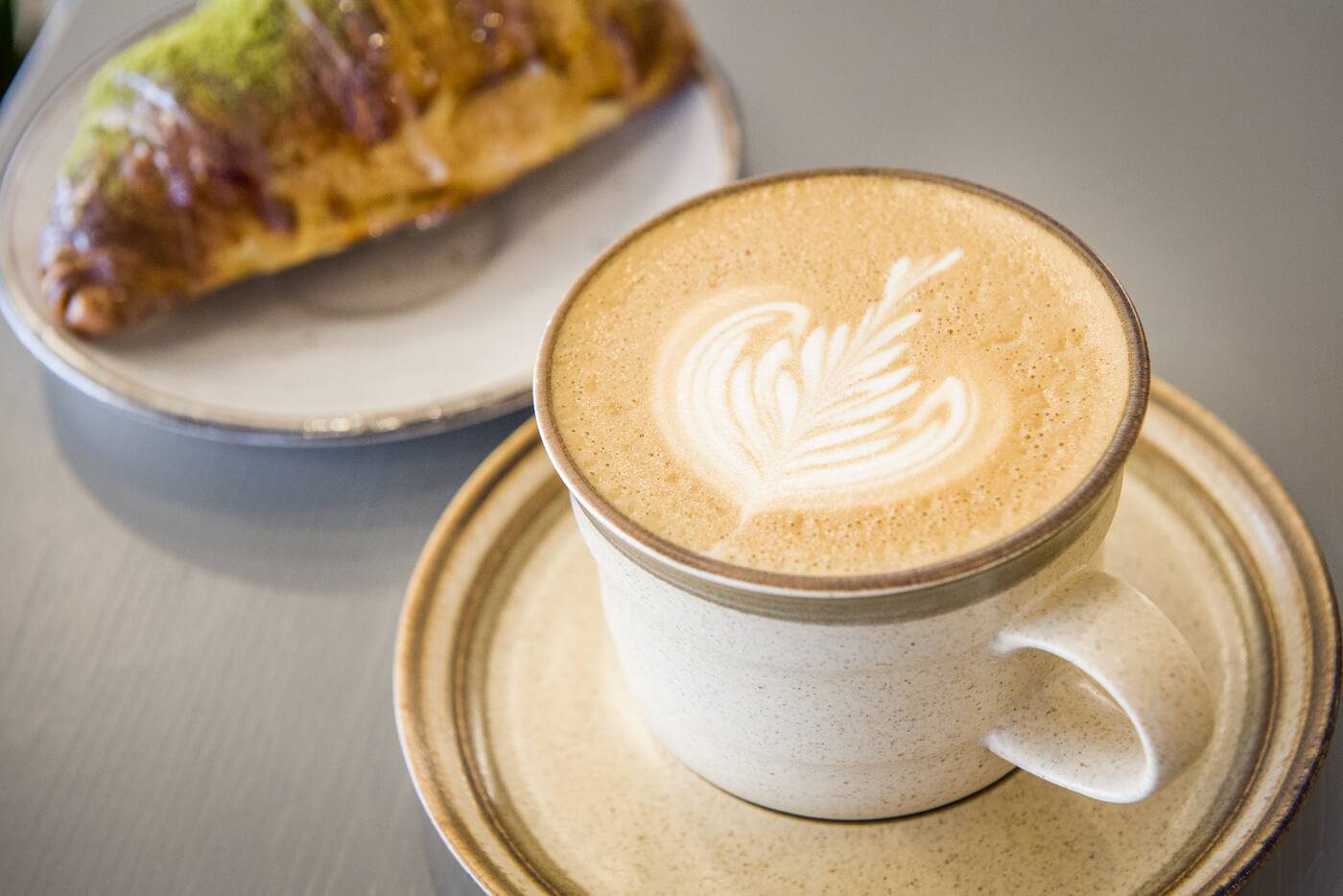 It’s available in drip coffee form ($2/$2.25/$2.50), and also as an espresso-based drink. The cappuccino ($3.90) I try is deliciously on point, with the perfect balance of espresso and milk, and doesn’t even need a drop of sugar. 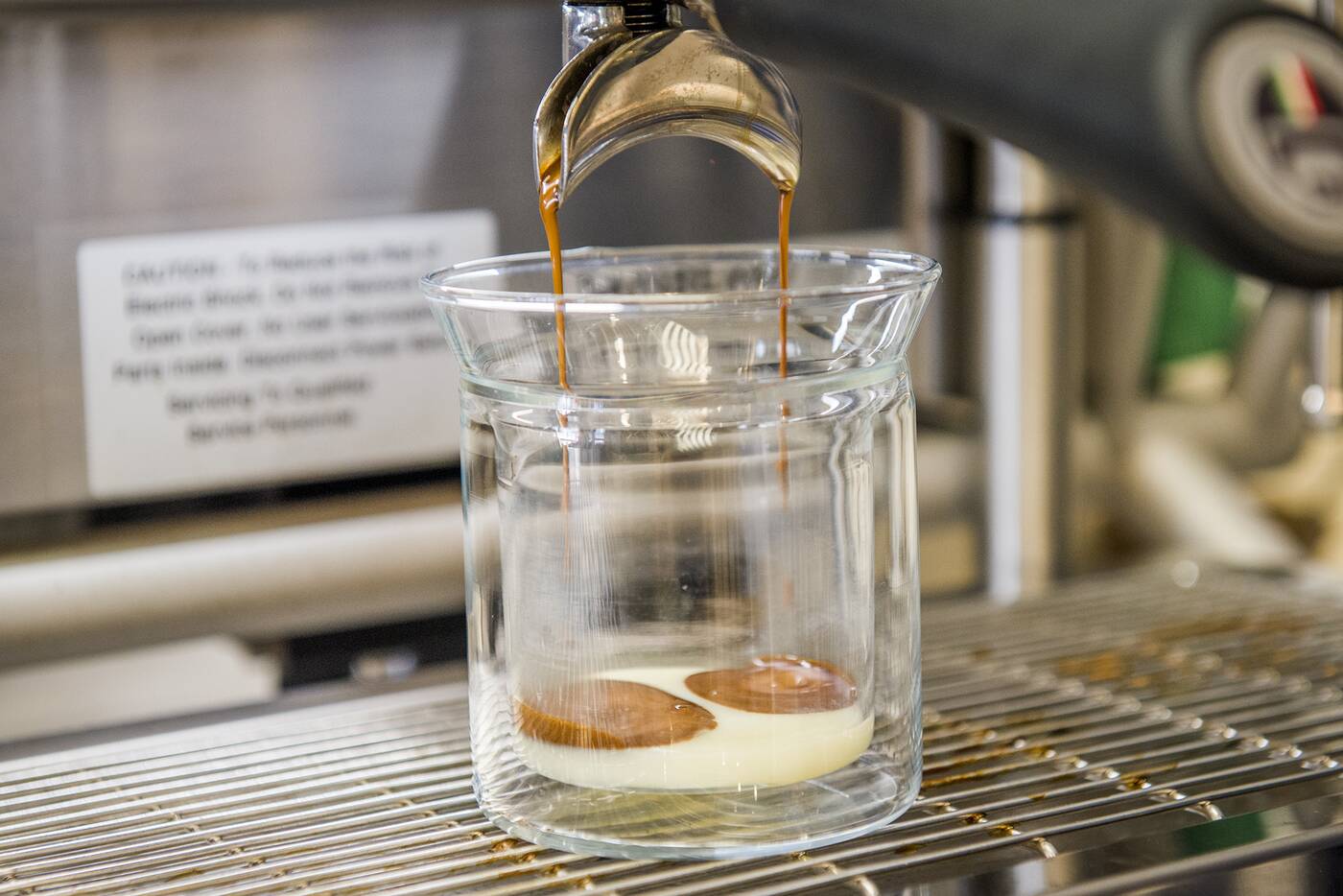 Of course, it’s also offered as Vietnamese ice coffee ($4.30), the twist here being that instead of a drip filter, it’s made with a long shot of espresso specially calibrated for this particular beverage. The shot highlights the fruitiness of the bean, and is served over a layer of condensed milk. 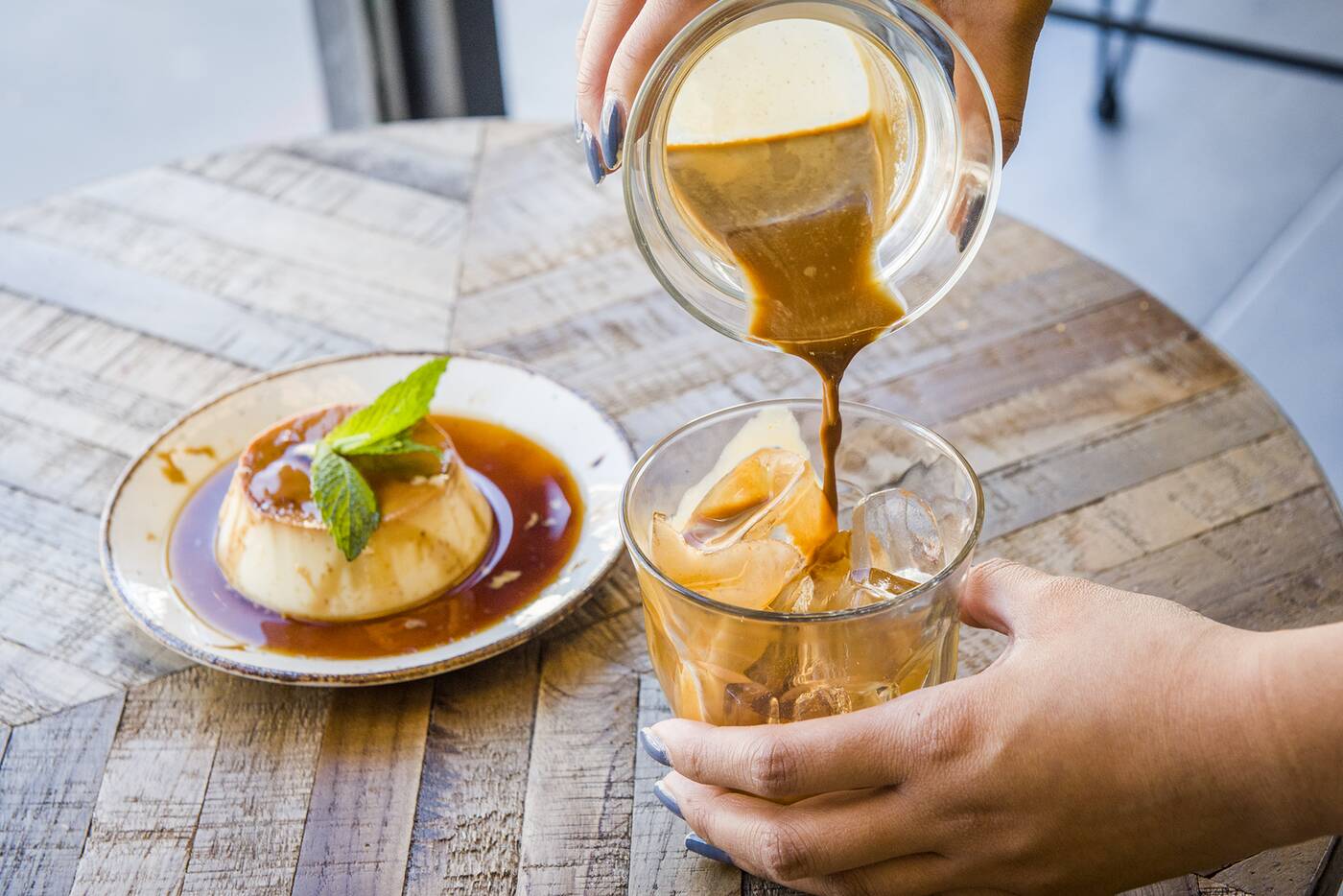 It has beautiful crema, and is meant to be mixed in with the thick, sugary milk and then poured over a short glass filled with ice. It’s strong and sweet and has a nice balance of flavour. 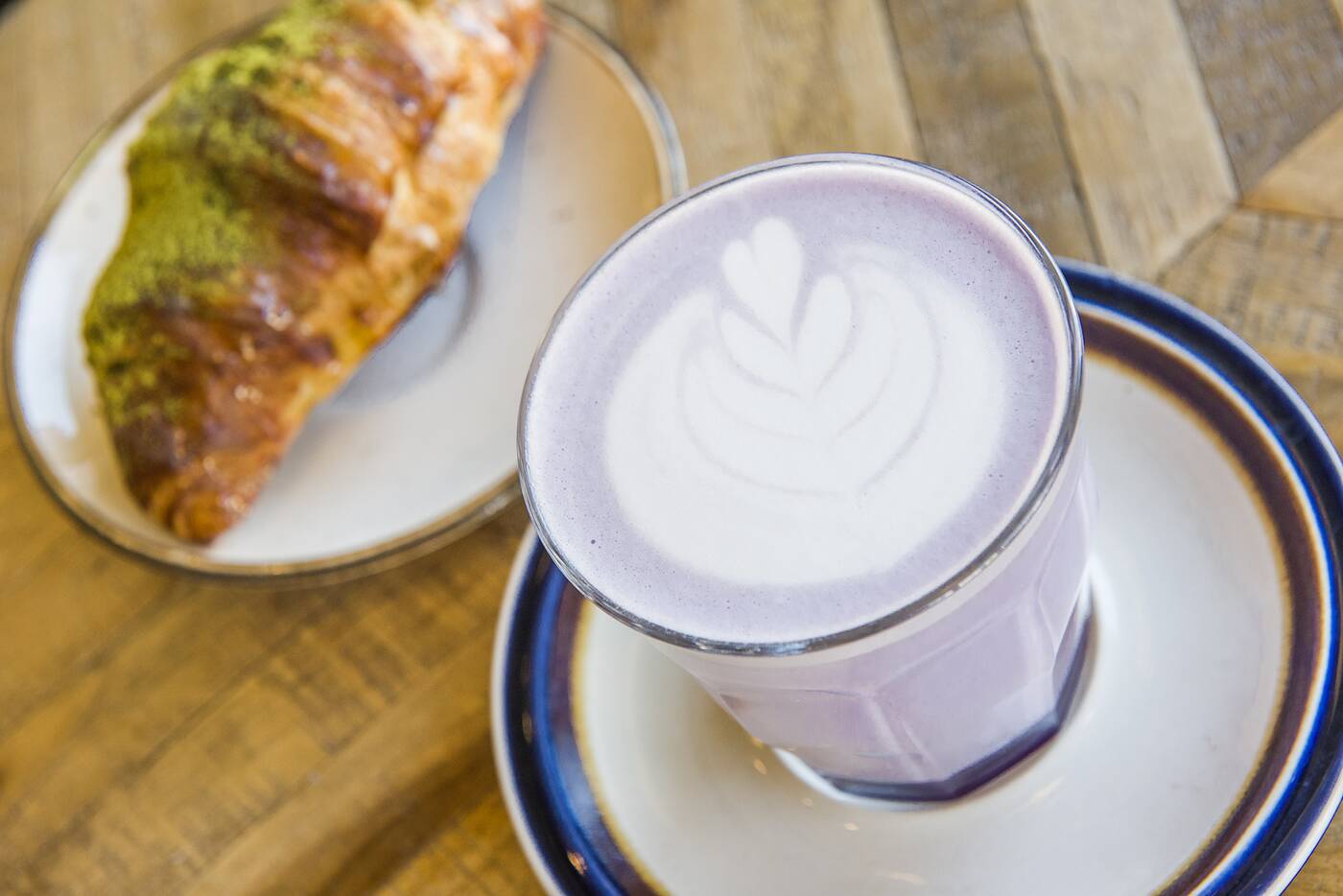 Other Asian-inspired drinks cater to those who don’t want coffee. There’s Genuine tea ($2.50 each), with flavours that include milk oolong and chamomile lemongrass.

Ngo and Vu have also come up with special offerings, like the purple sweet potato latte ($4.90), made with house-made roasted sweet potato puree and steamed milk, which has a distinctive flavour and is just the right amount of sweet. 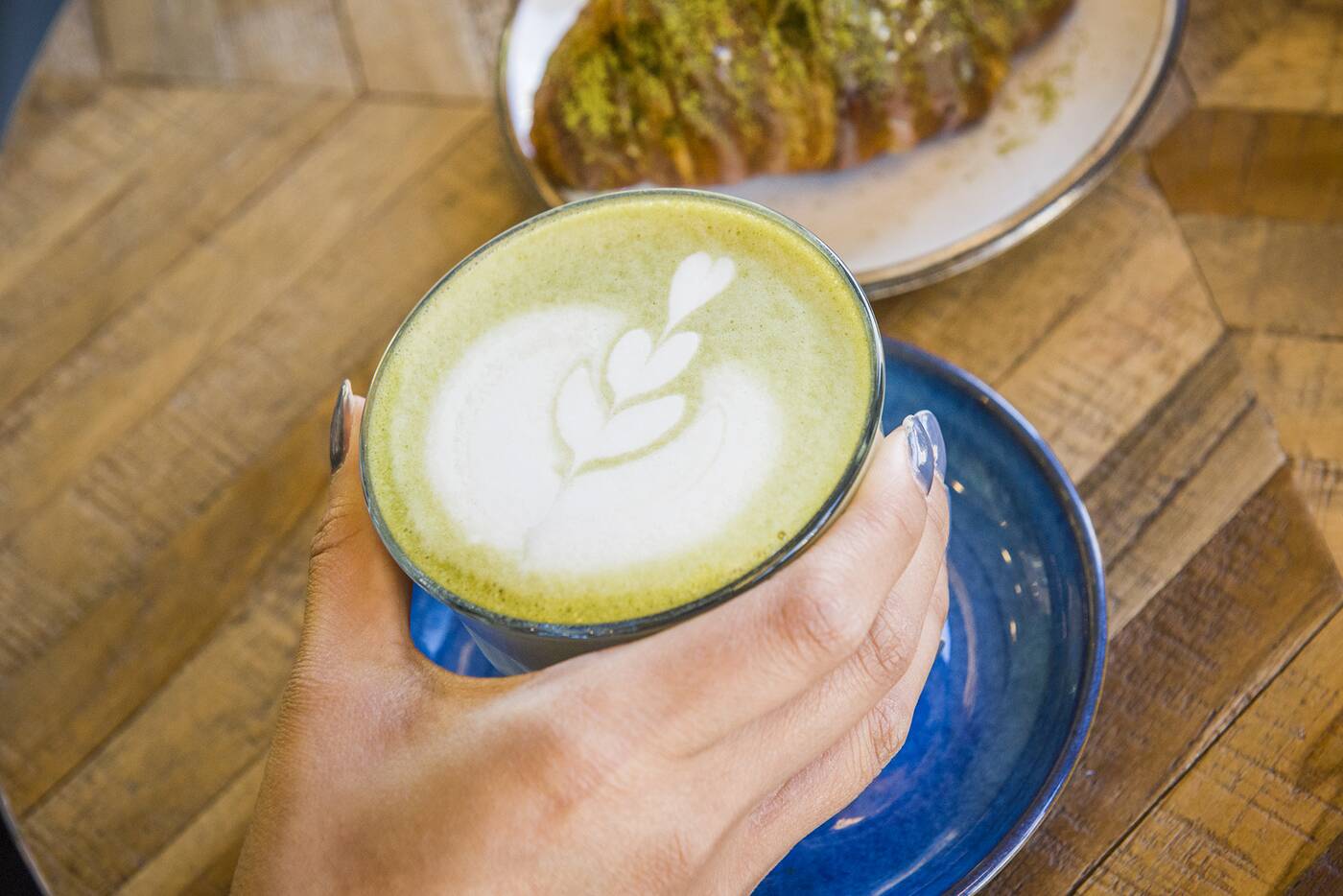 The matcha pandan latte ($4.90) combines a bit of matcha powder and frothy steamed milk with a house-made syrup containing extracted flavour from fragrant pandan, which are leaves from a plant used in Southeast Asian cooking (basically Asian vanilla). It’s a creative and not-too-sweet concoction that I haven’t seen in any other cafes (yet). 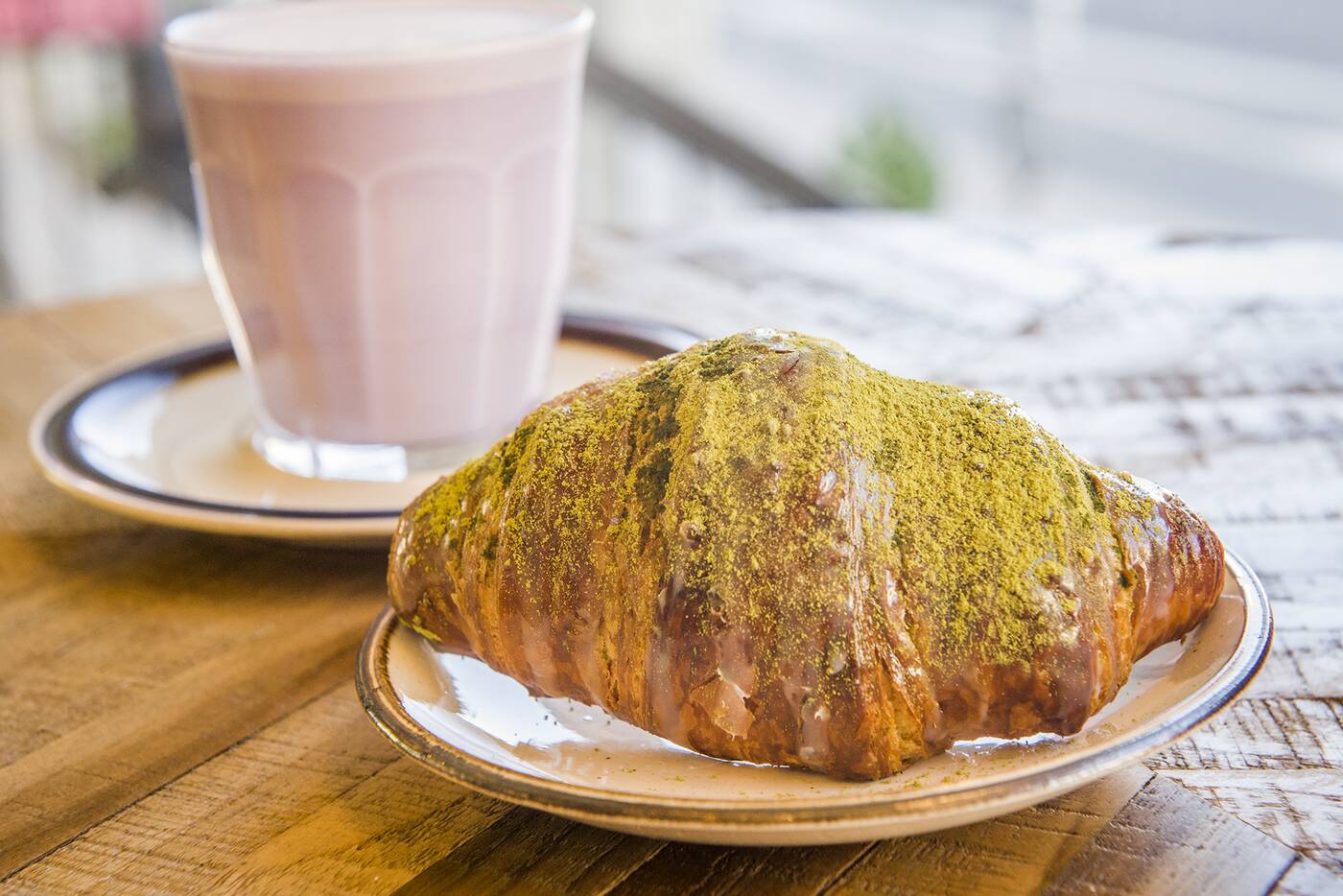 Vu, who is in charge of the food, left a career as a chemist to open this business with her husband. Her background in chemistry helps in the kitchen, where the baked goods are baked in house (they don’t make their own pastry dough though) and flavours change daily depending on whatever inspiration strikes.

On the day we visit, there are matcha-dusted or cinnamon-dusted croissants ($2.70 each), apple cinnamon mini loaves ($2.25) and cranberry oatmeal cookies ($2). 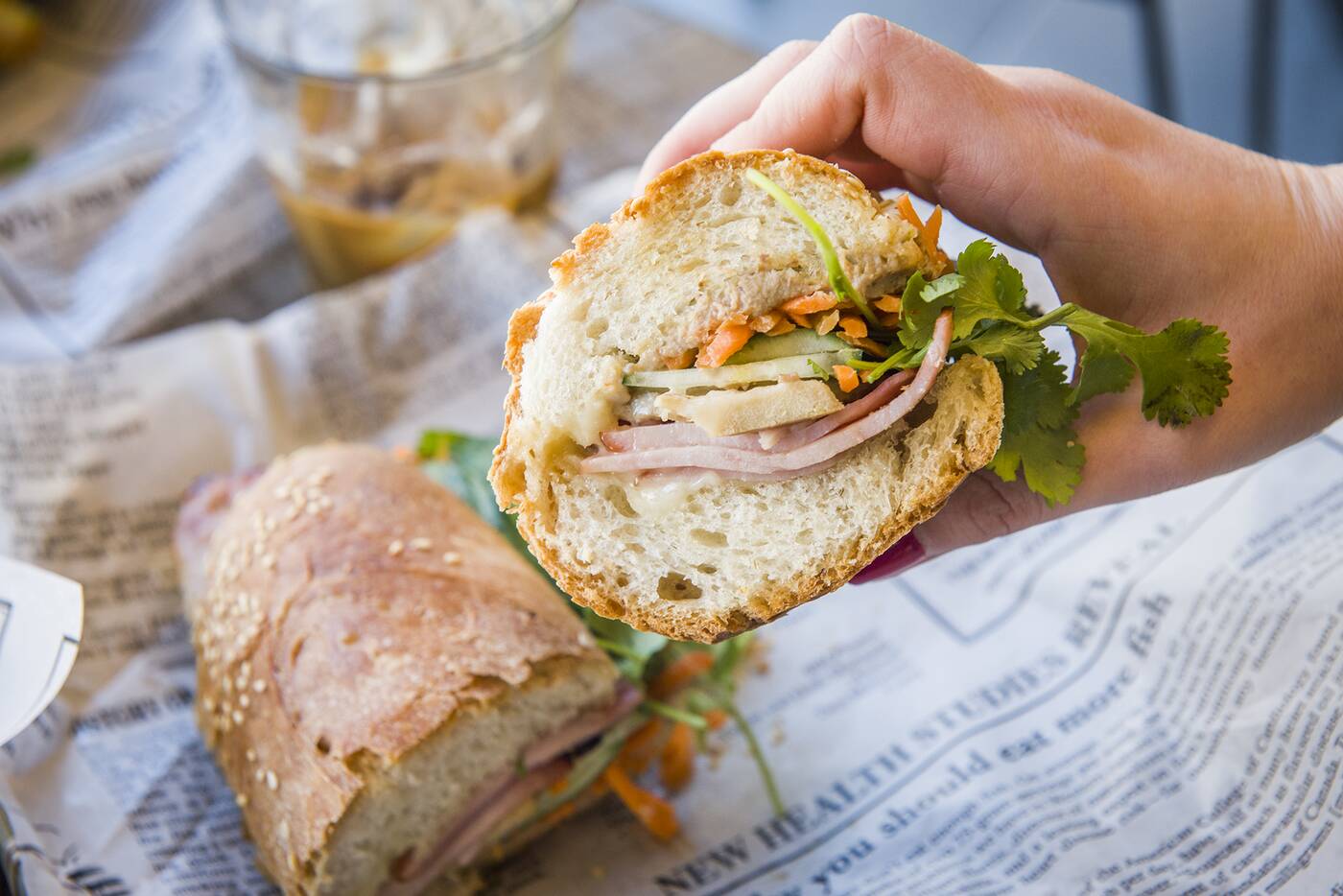 As for savoury stuff, the space (which was formerly Sky Blue Sky) is carrying on the tradition of serving sandwiches; Ngo and Vu want to showcase the flavours they grew up with, so it makes sense that there is banh mi. Vu makes her own pâté and mayo (the bread is from local suppliers) and they even roast their own ham. 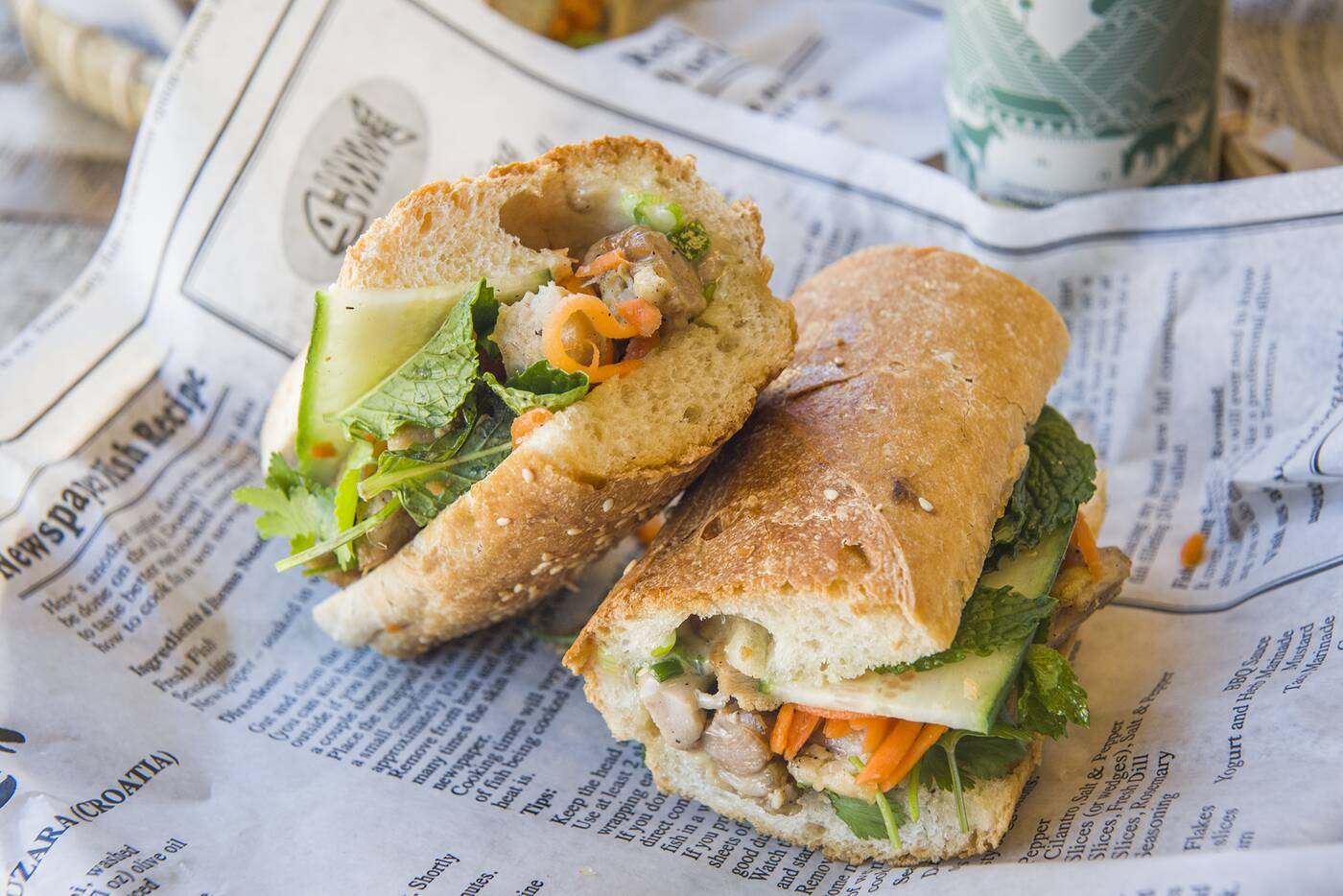 Each sandwich is served on handmade trays from Vietnam lined with fake newspaper – a nod to the tradition of banh mi wrapped in newspaper where it’s sold as street food in Vietnam.

The bread used is a bit unconventional for banh mi, as it’s topped with sesame seeds and is a tad thicker than the typical baguette, but it’s fresh and soft on the inside while crisp on the outside. 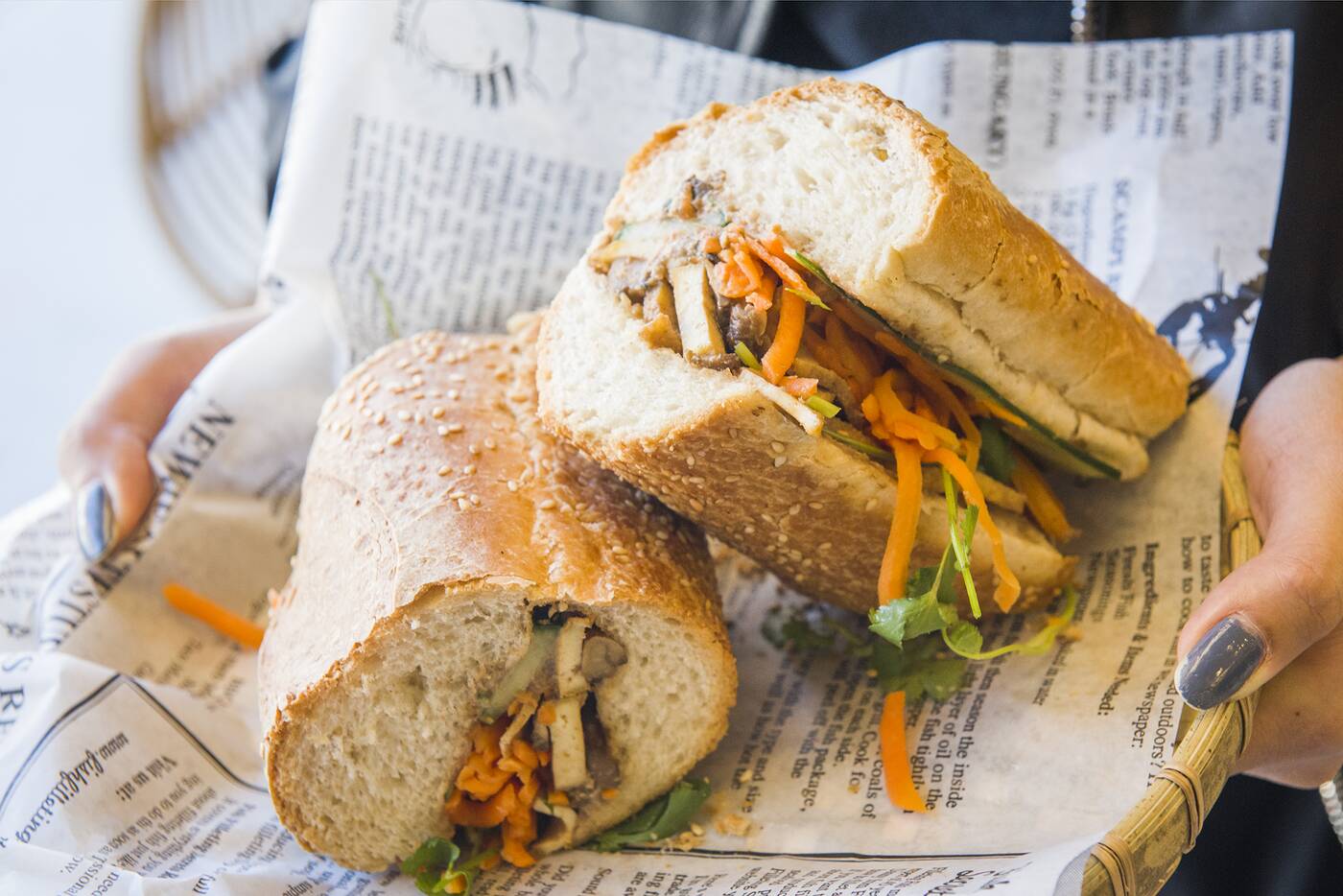 I try the deluxe ($7.30), which is stuffed with an assortment of jambon, sliced ham, home-made chicken liver pâté, mayo, cilantro, pickled carrots and cucumber. It turns out to be my fave of the bunch, as the pâté is pretty delicious, but the grilled lemongrass chicken ($7.80) with scallion oil and mint is no slouch either.

Surprisingly, the vegan offering ($7.80), which contains sautéed tofu with five-spice sauce, baby bella mushrooms and mushroom walnut pâte, turns out to be a hit with my very non-vegan friends. 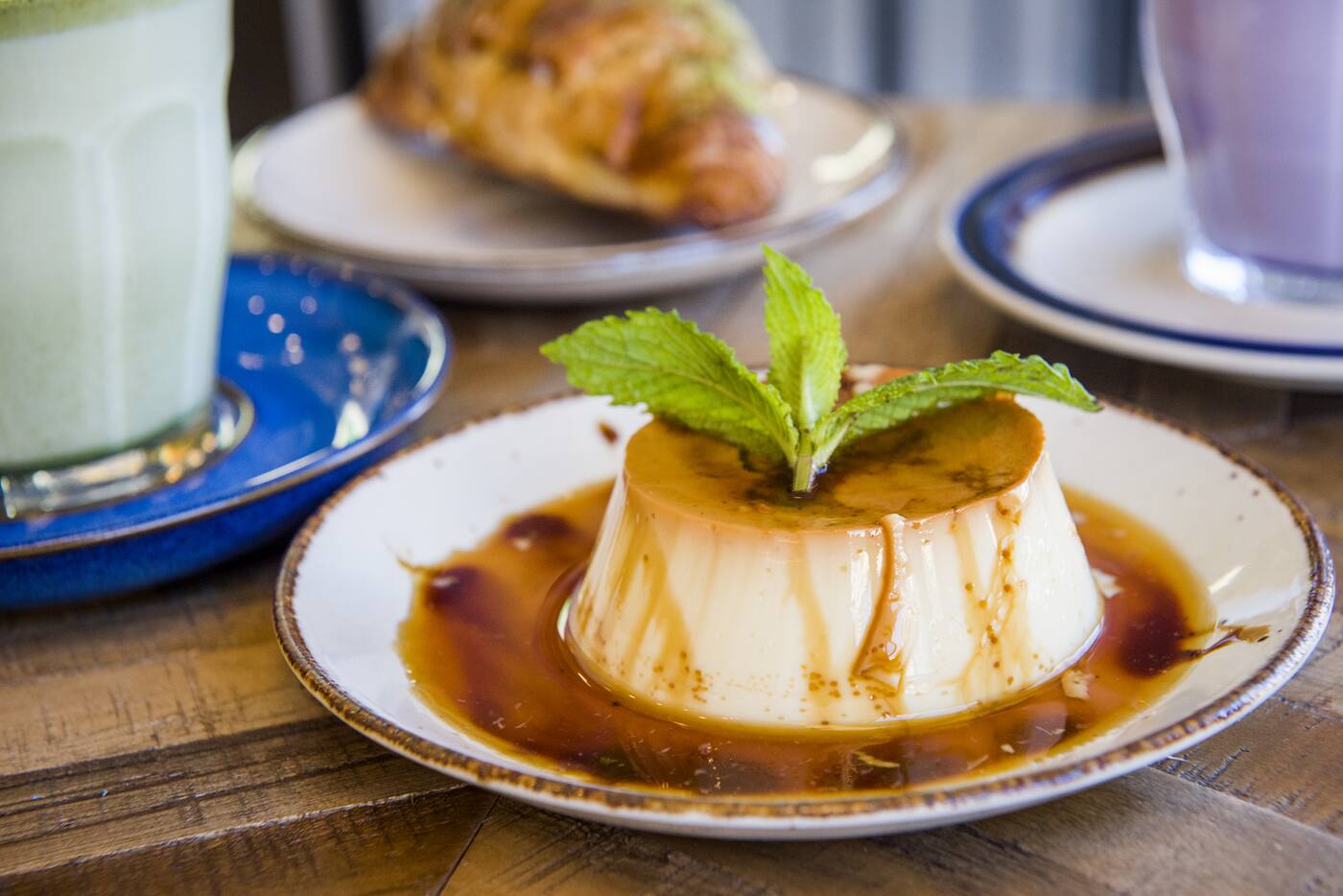 For dessert, there’s jiggly caramel flan cake ($4.25) – an egg custard pudding with a layer of caramel and a shot of espresso drizzled over it. 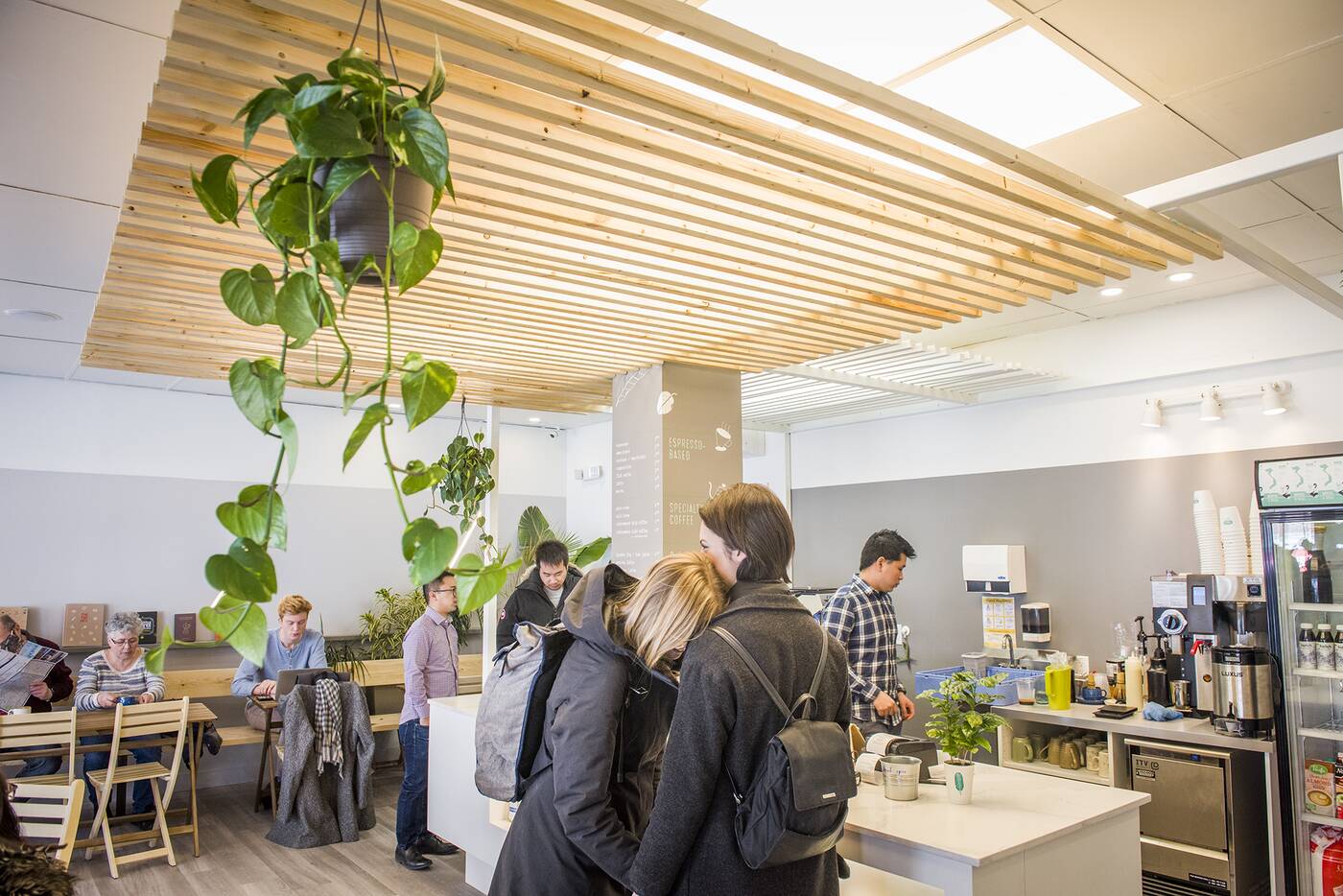 Ngo and Vu named this space to reflect how they envision it to be; a place where there is a contrast and balance between the bustling movement of a cafe and the stillness of patrons hanging out (with free Wifi), relaxing and just enjoying the moment. 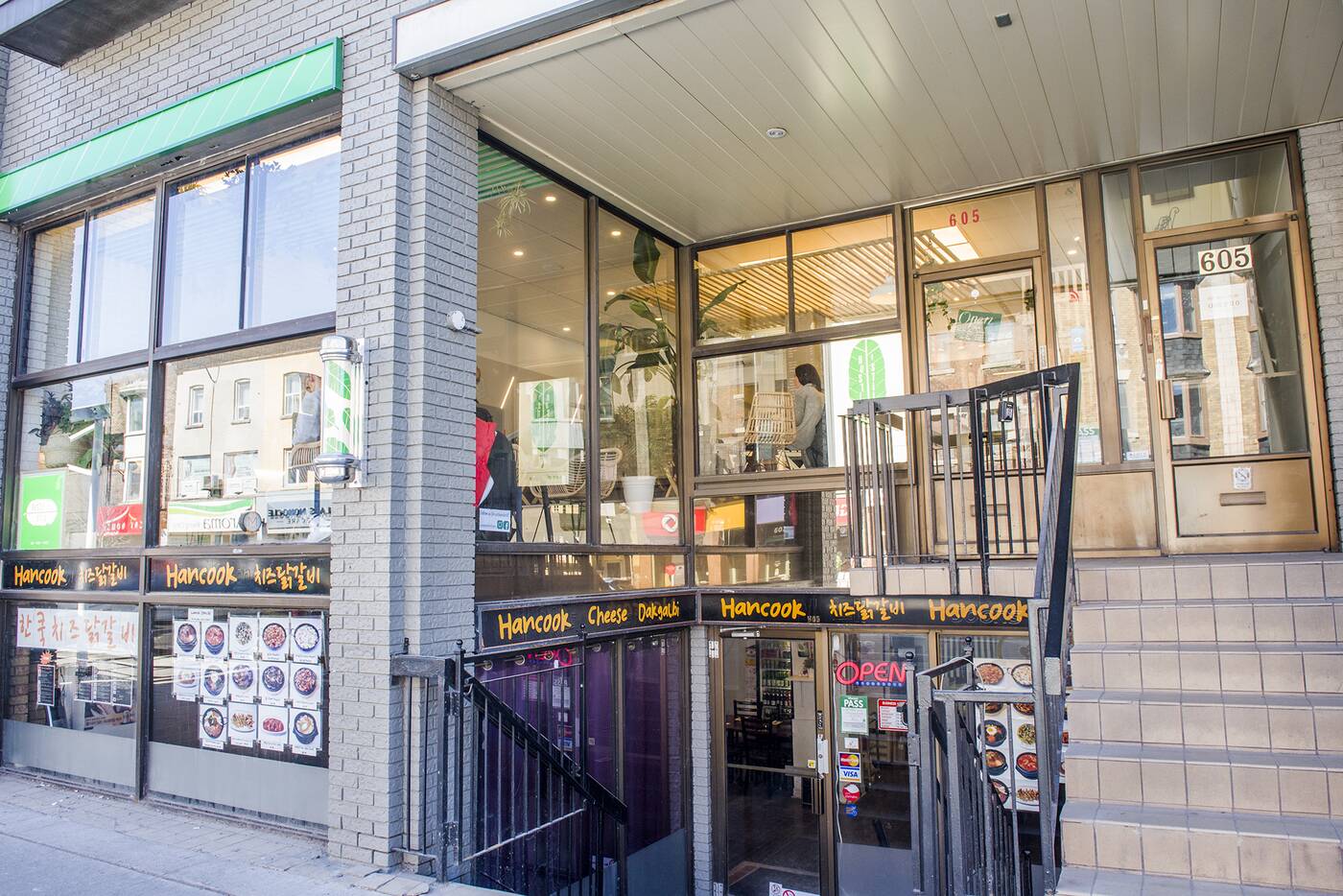 The Best New Cafes in Toronto for 2018