Rustic Owl is a 2,000-square-foot gallery and cafe new to Bloor and Dovercourt.

While many indie cafes of late like to throw a few paintings on the wall and call themselves a "showroom," Rustic Owl has a bona fide gallery space, which is separated from the rest of the cafe by a pulled black curtain. 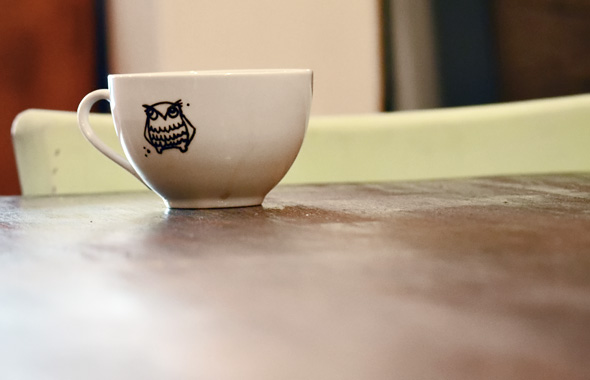 The space was an NDP campaign office before Stacey Collrin got her hands on it. She then gutted the interior, ripped out the carpets, and designed and constructed her own bar and tables.

I meet Stacey as she's single-handedly preparing about 10 coffee and lunch orders, and am immediately struck with an overwhelming sense of inferiority. While I was at home playing Mario Kart on N64 in unwashed pajamas, 25-year-old Stacey was independently preparing for the launch of her own business after eight years of event planning. And building her own bar, at that! 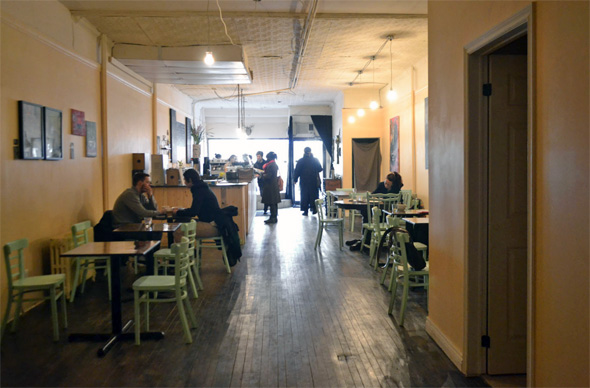 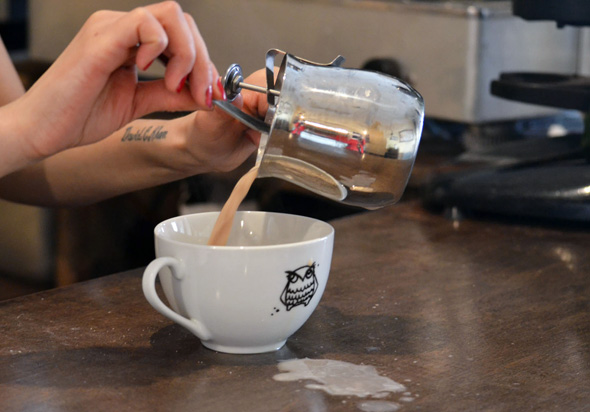 It's clear that Stacey eventually will need some help as the door keep opening and orders continue to flow in. For now, the cafe offers an assortment of baked goods from Desmond & Beatrice , fresh sandwiches including cured salami ($6.75) and BLT on a bagel ($4.75) prepared to order by Stacey, and a variety of coffee and tea drinks including Rustic Owl's signature pumpkin latte made with pumpkin puree. 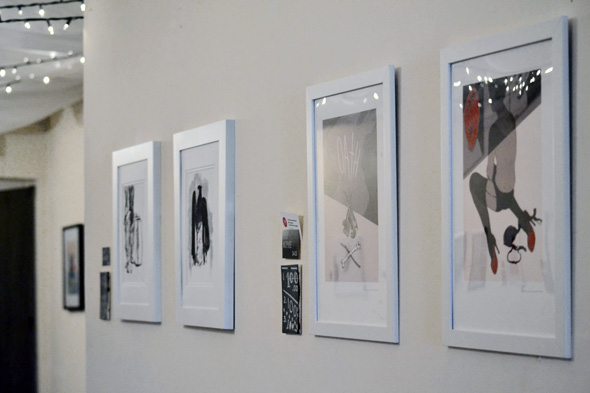 I give Stacey a chance to catch up on orders while I go explore by the back gallery space. With a lone bench centred in the middle, the walls carry a variety of sketches and paintings by many artists who are part of SASS (Spontaneous Art Show Surprise) , though Stacey says she's always looking for more, as long as she has the wall space. The room will also be used for events, including movie nights and video premieres planned for the near future, as well as a scheduled coming book convention.

The coffee is an organic and fair trade Mountain View blend, and I ask Stacey to prepare me an Americano. Here, the water is added to the espresso (for the sticklers who need to know) and soy milk or almond milk can be substituted for any drink for an additional $0.50 or $0.75 respectively. My drink has a pleasant medium intensity and fruity undertone — good for kicking back and enjoying a book (Rustic Owl's raison d'Ãªtre) rather than a morning jolt. Free WiFi should be coming to the cafe soon, and though there's no liquor license (yet), though Stacey says it's on her mind. 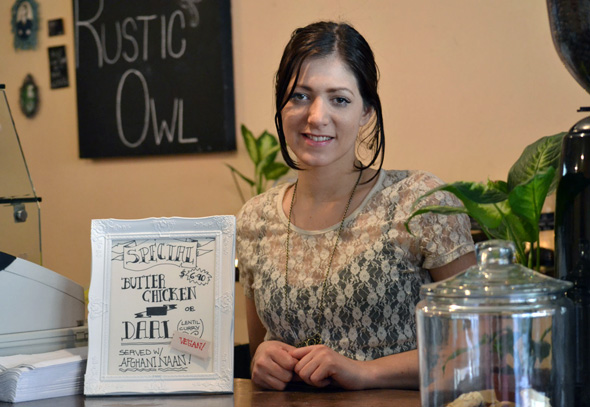 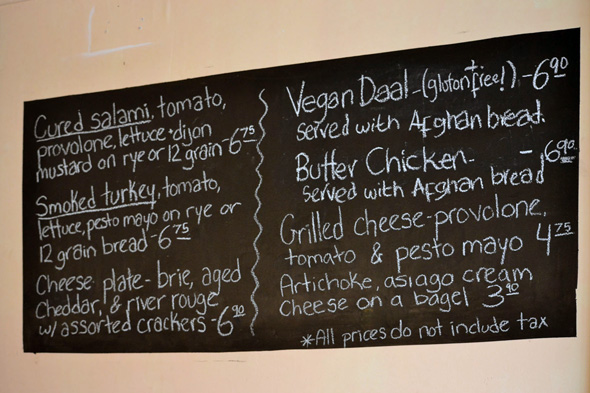 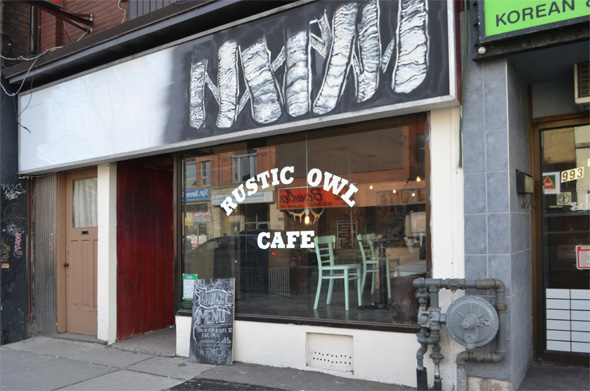