Rooster Coffee House is already a beloved entity both in Riverdale and on King East , and it's clear that just as much care has been put into this third - and possibly final - location, found at the southwest corner of Jarvis and Charles, on the ground floor of a condo that used to be Pizza Pizza's headquarters.

While all the Roosters have a ton of character, co-owners Shawn Andrews and Dave Watson respond to the individual spaces differently, giving each its own unique personality. Exposed pipes and ductwork give this one an industrial feel while its furnishings add a quaint, homey vibe and a touch of sophistication. 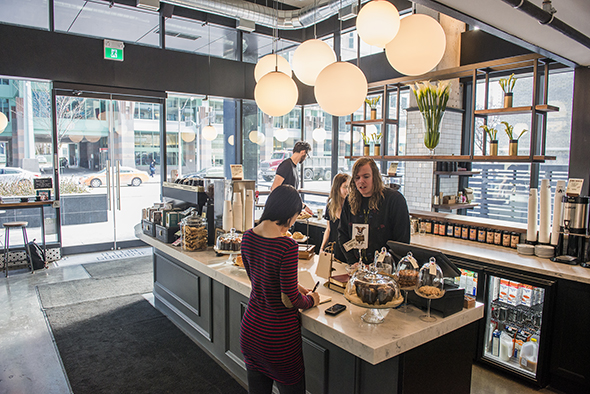 This bright spot is full of windows and natural light, and Andrews and Watson took advantage of the incredibly high ceilings by adding an upper level loft, where you can look down over the edge and watch the baristas working at the bar. 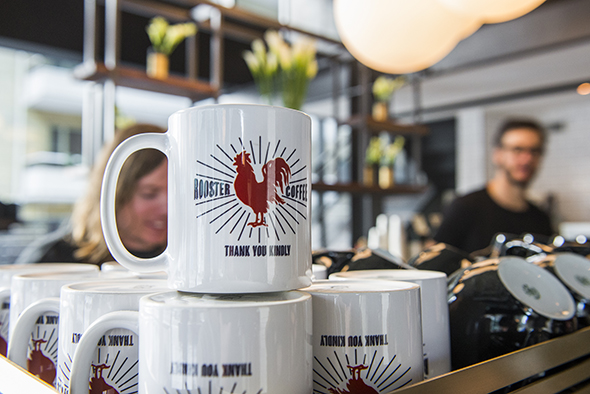 Unlike the other two Roosters, there are no communal tables this time around, but the proximity of the seating still encourages strangers to interact, with the one exception of the cozy and quirky hermit's nook by the stairs. 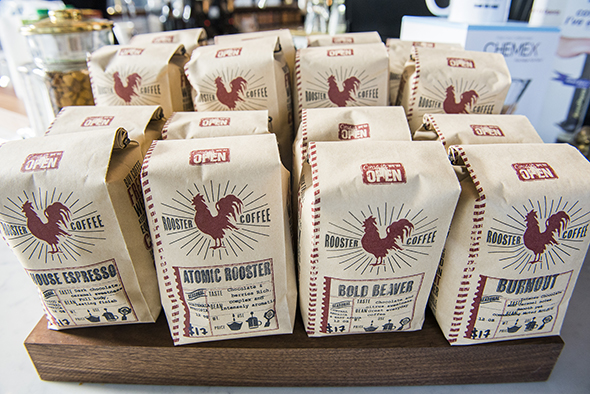 Coffee-wise, Rooster sticks to the roaster it's been using from its start in late 2009, with a choice of its house-blend espresso, featured beans or organic decaf from Pilot Coffee Roasters . 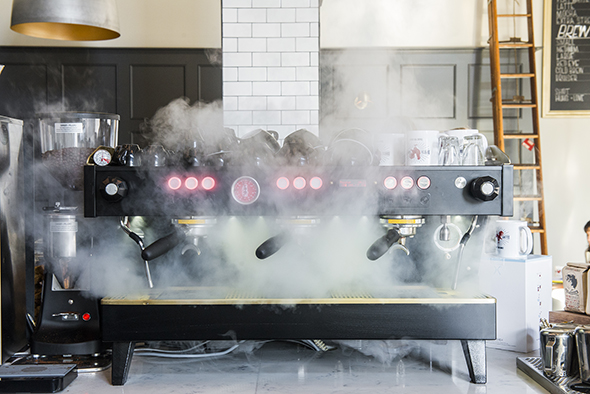 Espresso-based drinks ($2.25-$3.75) are made on the swank and super high-tech La Marzocco Linea PB, which was custom-painted at a motorcycle shop. 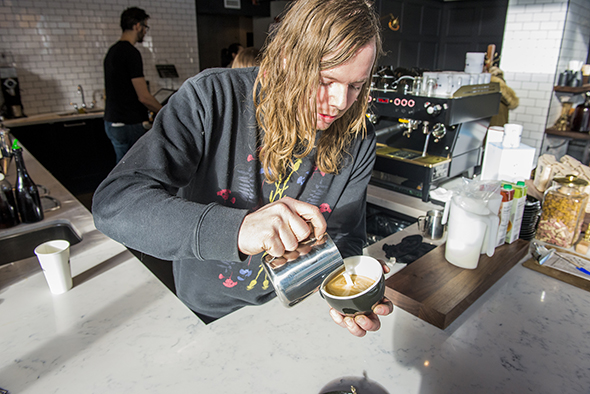 I try a latte ($3.75), and unsurprisingly, it's as satisfying as I've had at any other Rooster; smooth and creamy enough that sugar is unnecessary, and topped with expertly made latte art. 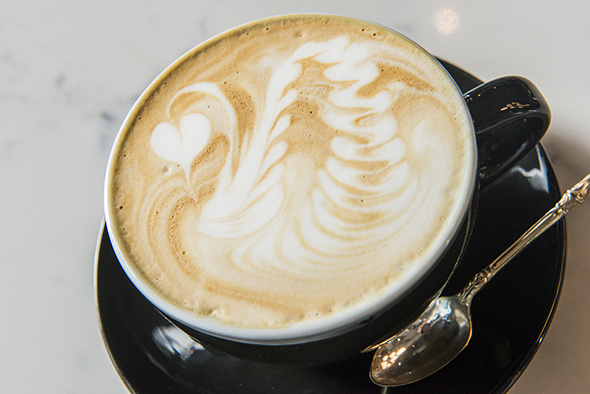 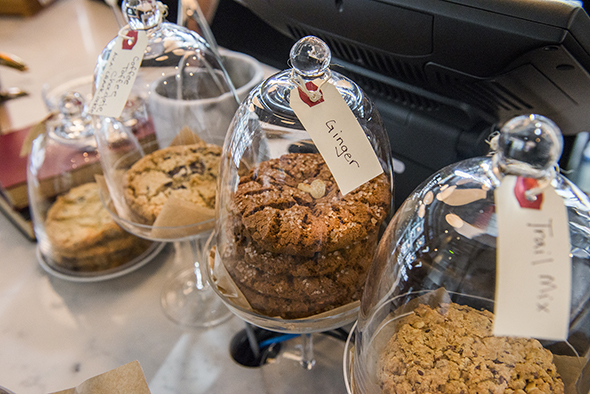 A wide variety of baked goods ($2-$3 each), with gluten-free options, are sourced from all over, including Jules Patisserie , Circles and Squares , Dark Horse and Desmond & Beatrice . For lunch, there are hard-boiled eggs ($4/pair), salads ($7) and sandwiches ($8) from Cinq Foods. 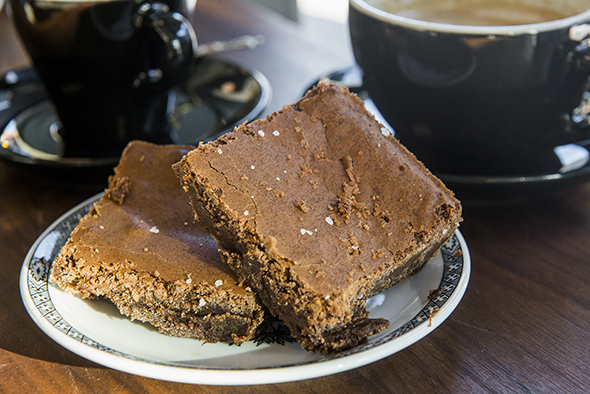 Like its two siblings, this spot carries on the tradition of the communal crossword puzzle at the coffee pick-up counter, and baristas seem genuinely happy to be here. They get to know their regulars (I experienced this firsthand when I used to visit the King East location almost every day). "We do our best when we create relationships and connections," says Andrews. 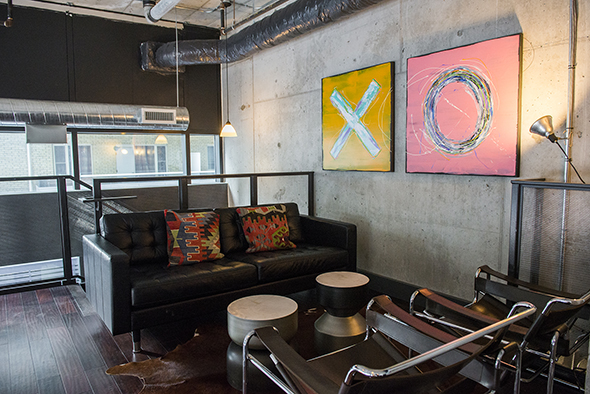 With the Rogers Building just up the street and St. James Town nearby, this Rooster should do very well. Andrews tells me each location has sentimental value to them; she used to live in this area when she first moved to the city from Guelph, and has always been drawn to this neighbourhood. (Andrews and Watson now live next to the original Rooster in Riverdale.) 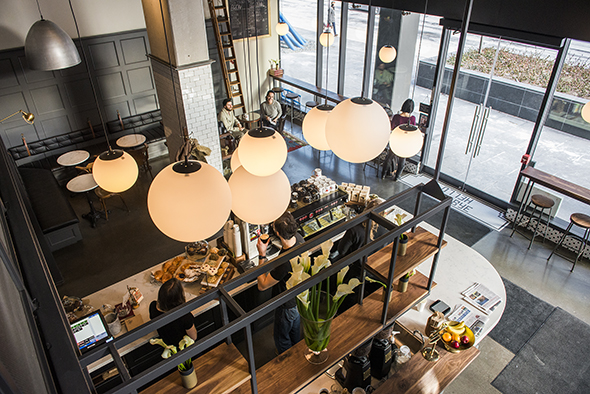 She feels things have come full circle with this cafe, particularly since this is likely the last Rooster she and Watson will create. They personally want to maintain the high quality of each, and don't want to spread themselves too thin. While that's sad news for the Rooster-less parts of this city, who knows? Maybe they'll change their minds in a few years. 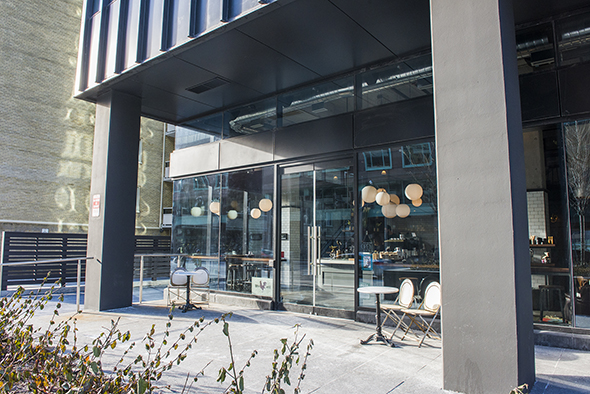