Just a few weeks after opening a brand new location on the Danforth , Red Rocket is back in Leslieville and just north of its previous Queen East home. When I spoke to Pam and Liako on the inaugural day of Red Rocket Danforth, they mentioned nothing of opening another spot in Leslieville — nevermind opening one so soon. They were dismayed, of course, to leave a community with which they had been so well-connected for the past five years, but they were optimistic that they could build a new following in their new neighbourhood. 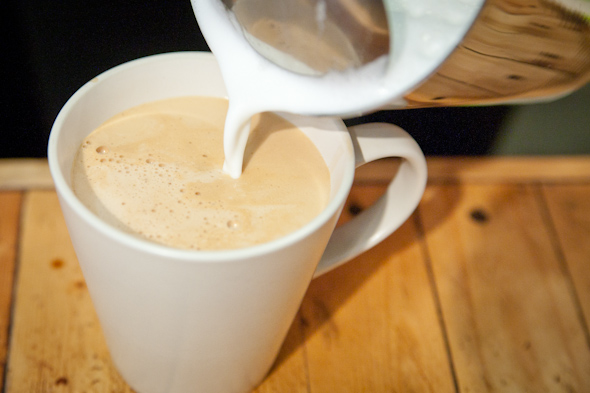 Though sometime in between that conversation and now, Red Rocket was approach by Chris from The T-Shirt Guys , who was looking to rent out his adjacent cafe space. "We've known Chris for a number of years so we knew this is someone we could trust and do business with," Liako tells me in an email. "The opportunity was solid and the timing, of all things, actually felt right." 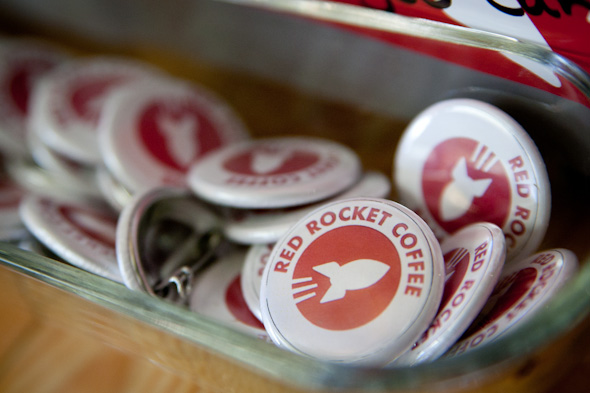 I can't possibly imagine how opening two new cafes and closing one down (plus keeping another alive and well) speaks to good timing, but I can see how Pam and Liako would be keen to get back to Leslieville. And it seems as though Leslieville is more than happy to have them, though residents are just starting to discover Red Rocket Logan. 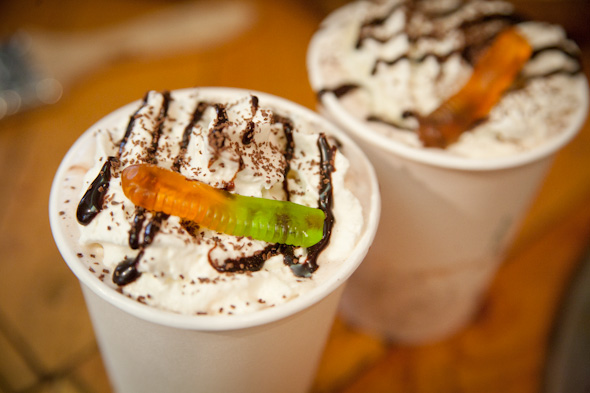 The new cafe is obviously in a much quieter spot, a bit away from the hustle and bustle and — most noticably — from the streetcar tracks (from which Red Rocket originally got its name). In any case, I think I prefer this location to all the others, even the original Queen East spot. Sharing a space with Kate Hardy Flowers , the cafe is bright and airy and, of course, brimming with fresh flowers. It has a bit of a country vintage feel, while still sporting that signature Red Rocket red. Almost everyone working there, including (oddly) Kate Hardy herself, has pulled espresso at Red Rocket at one time or another, so the space really offers that "family" atmosphere. 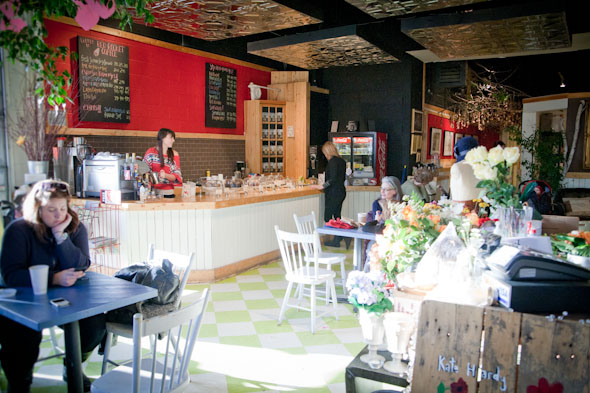 The menu is the same, the coffee is Reunion Island as always, and my Americano gives me the full-bodied flavour I've come to expect from Red Rocket. The difference here, manager John tells me, is that the space is more conducive to live music and events — something he hopes to bring to Red Rocket Logan on a regular basis. 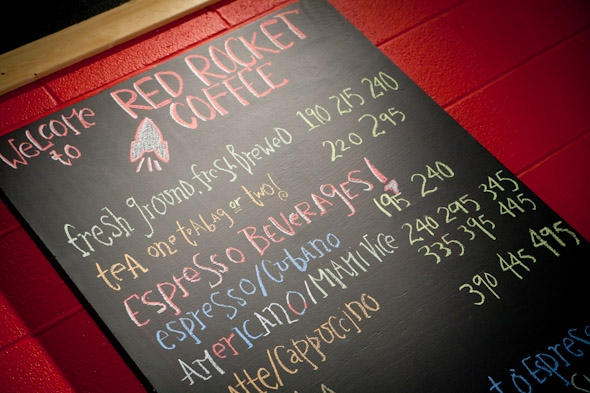 "Our hearts have always been in Leslieville," he tells me, diverging from the talk of live events. "Obviously, this came much earlier than expected, but we all sort of just banded together, and we're happy to be back." 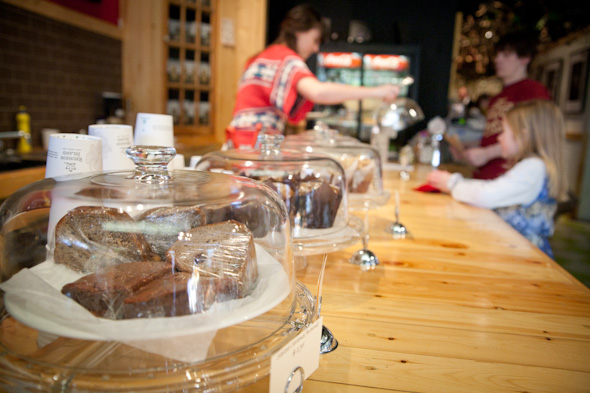 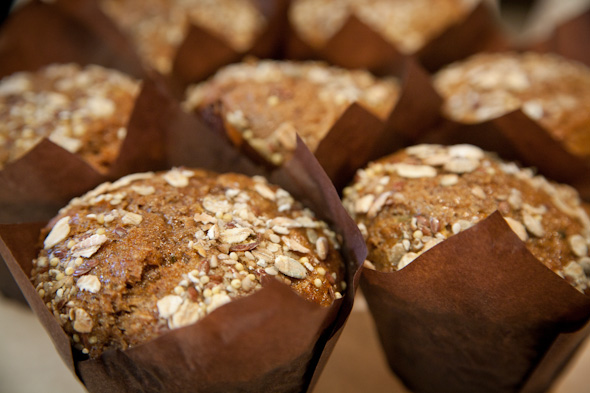 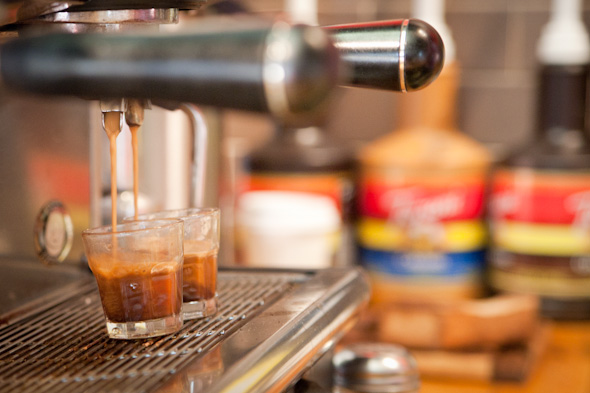 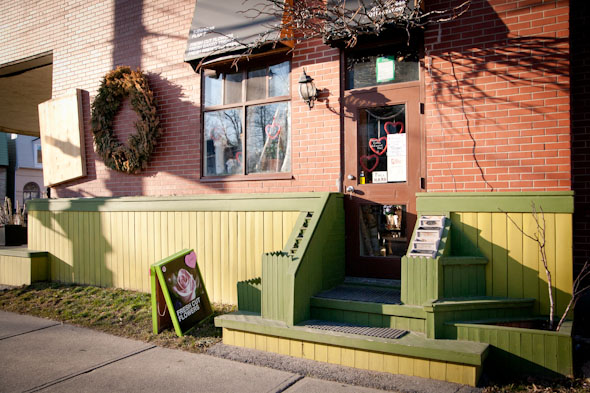