R Squared Cafe is already bustling in the home of what once was Quaff Cafe on West Queen West . The former cafe was purchased by new owners, totally made over, and rebranded under the name of the two co-owners, Reza and Reza. 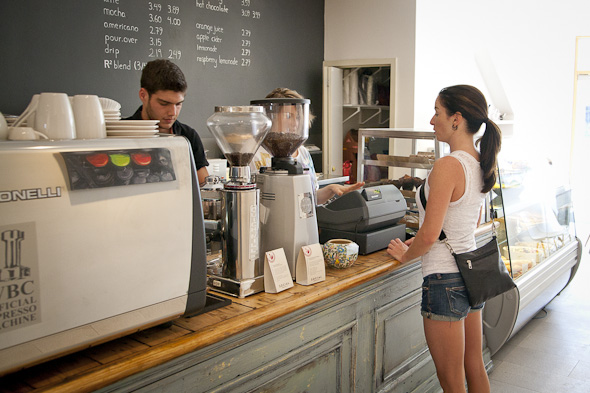 Less than a week after its opening, R Squared is filling its tables. Rows of laptops greet me as I walk into the space, as it seems customers are already making good use of the free WiFi. And the extra light is probably helping a fair bit also--that is, the illusion of extra light. Whereas Quaff may have had that dark and cozy cafe feel, R Squared is bright and airy, white with yellow accents and dustings of powder blue on the refinished bar. The general layout is the same, though there seems a fair bit more seating (I could be wrong) and interesting new hanging light fixtures drawing brightness closer to the eye. 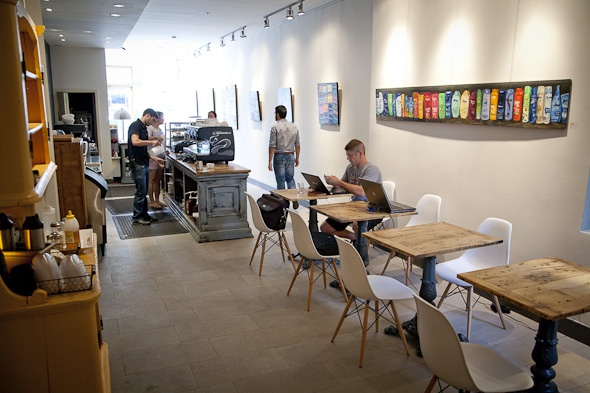 "We took over Quaff about five months ago," one of the Rezas (Reza Yazdjerdi) tells me as we take a seat by the back table. "We really liked the location, but we wanted to rebrand everything." 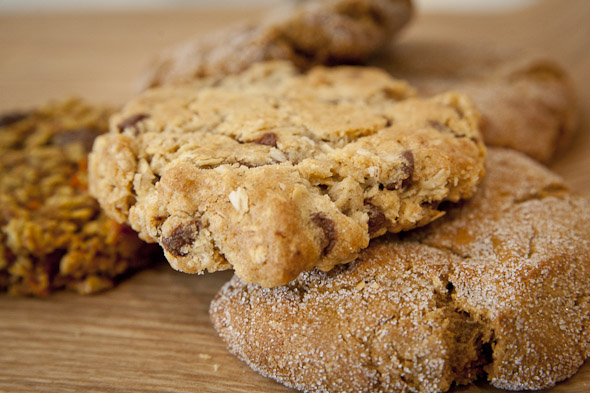 That rebranding goes beyond just the name. The coffee now comes from Social Coffee & Co., which has prepared a custom blend for R Squared to use on its fancy new Nuova Simonelli. Many of the savoury eats are sourced from Café Jules Pâtisserie , as well as sweets from Desmond & Beatrice . Plus lots of sanding, painting, and refinishing.

"When I was a teenager," Reza says, "I just loved bookstores and coffee shops. I wanted to make this place something I would love as a teenager." 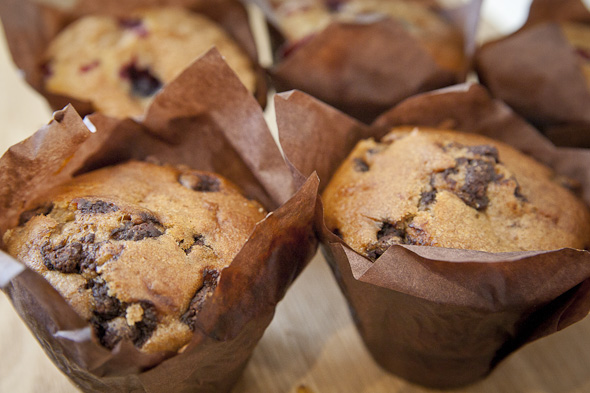 Reza's teenage life was spent in Iran, where he lived until moving to Toronto two years ago to be with his wife. A commercial engineer by trade, he and Reza, a civil engineer, had trouble finding work after moving to Canada so they decided to pursue their passion for coffee instead. There are little touches of Iranian culture throughout R Squared, including a collection of fabulous vintage movie posters from 1950s Iran displayed on the wall, as well copies of Persepolis and Iran in my Eyes on the bookshelf. 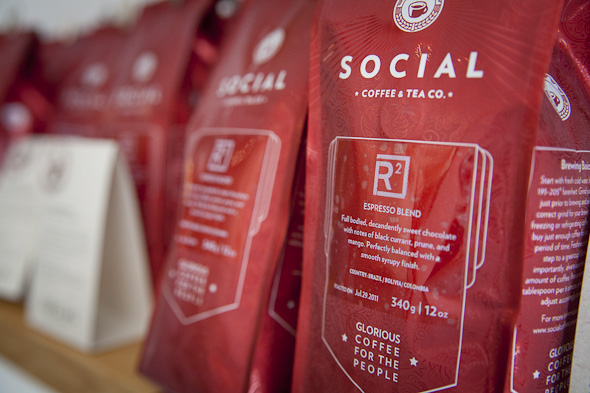 But like every good cafe, the focus here is on the coffee, which is available as pour over ($3.15) if you've got a second or two to spare. I opt for a straight-up Americano ($2.79), though, and Matt, who placed fifth in the Canadian Regional Barista Championships , prepares me a cup. You can tell when a shot has been expertly pulled, and my Americano certainly has that great taste; zero acidity, and a nice, rich flavour. Change is good, it seems. 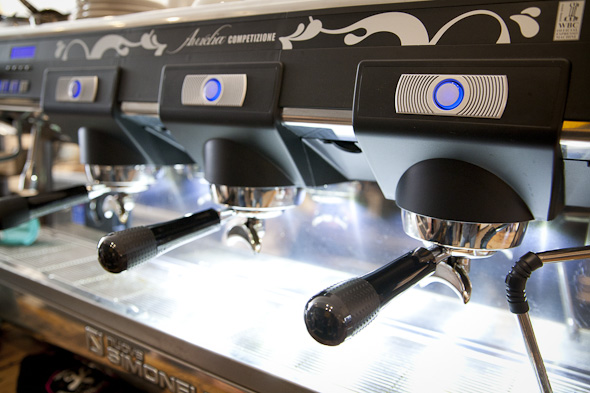 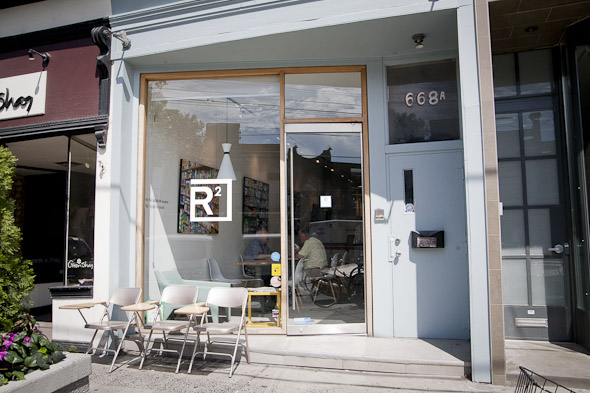