This sleek cafe on Bloor Street gets it name from the mythical fox spirit originating from East Asian folklore (which was the inspiration for the Pokemon of the same name, for the anime nerds). 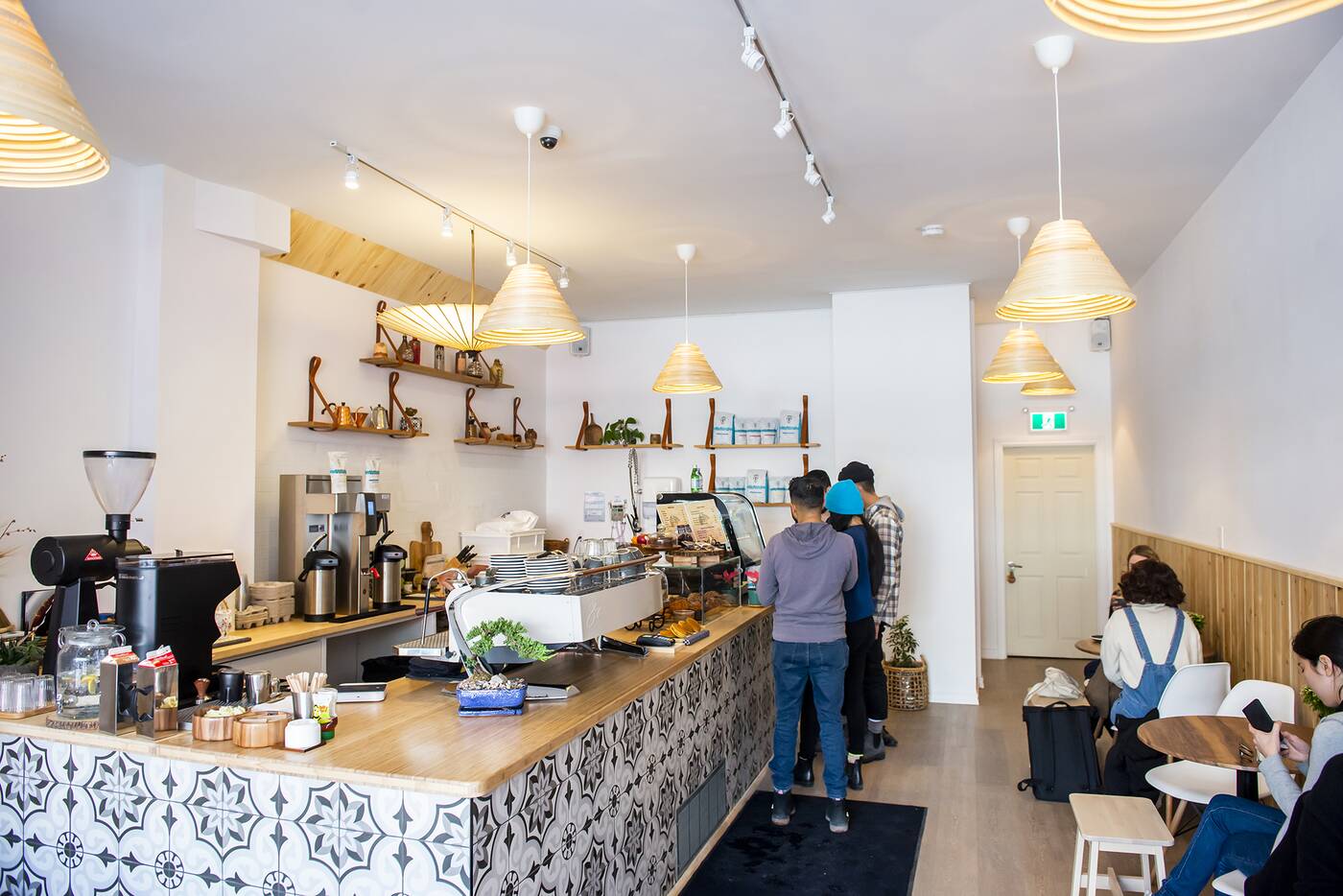 Owner Tabare Orti  is not a huge Pokemon fan, but he is a huge fan of Japanese culture, hence the decorations bamboo lights, umbrellas from Kyoto, and a menu largely served on tatami mats. 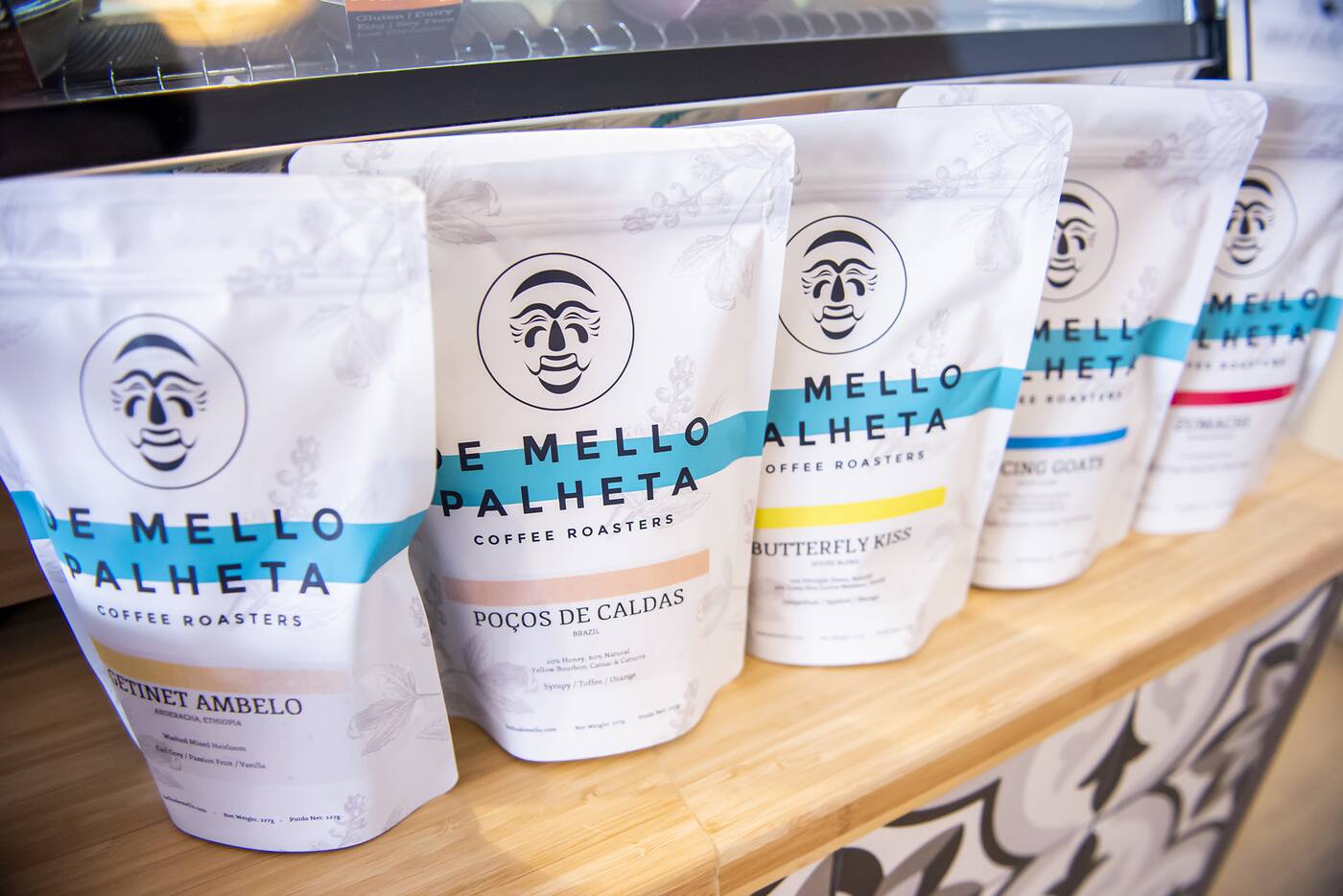 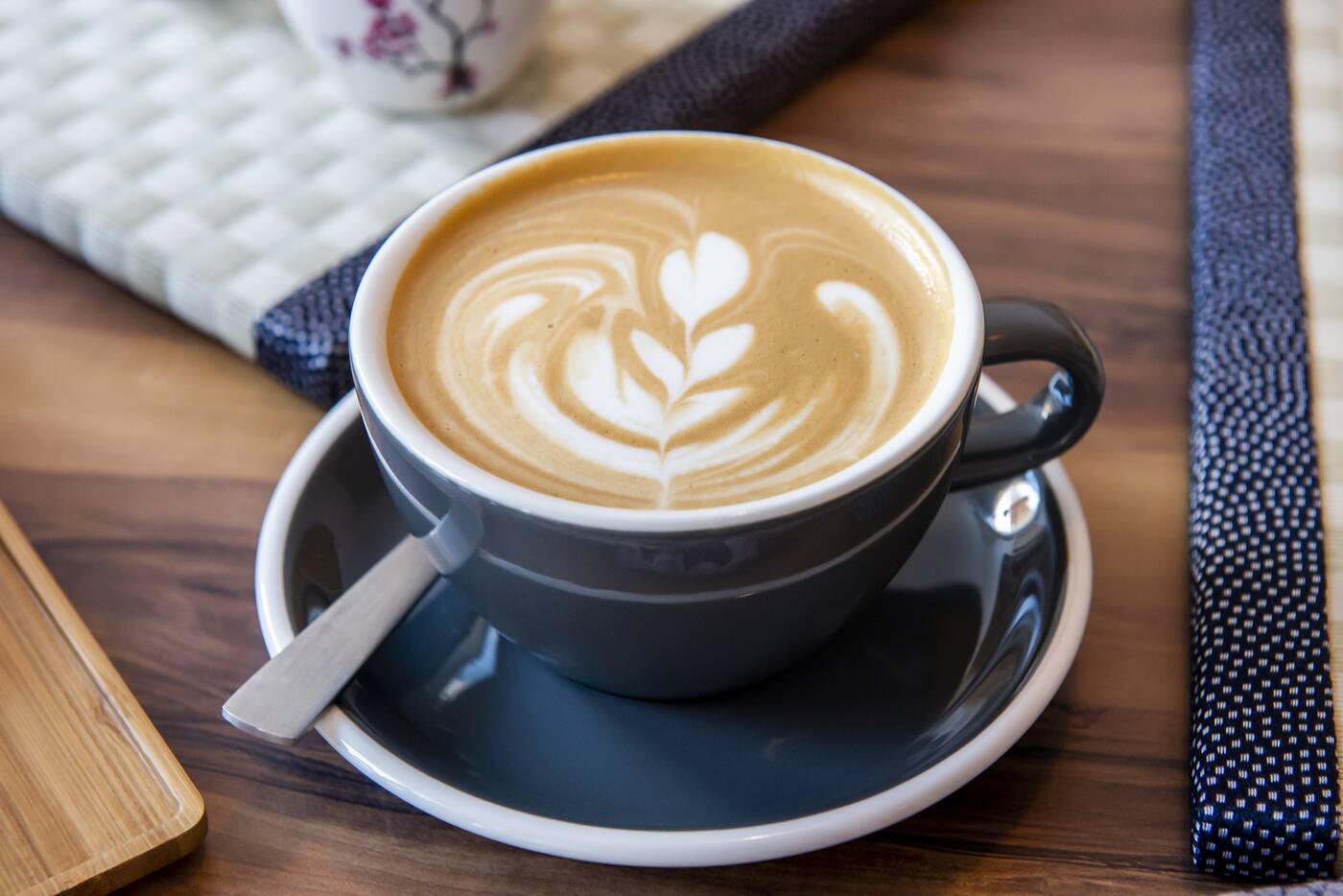 They offer your usual coffee options like cappuccinos ($4) and flat whites ($4). 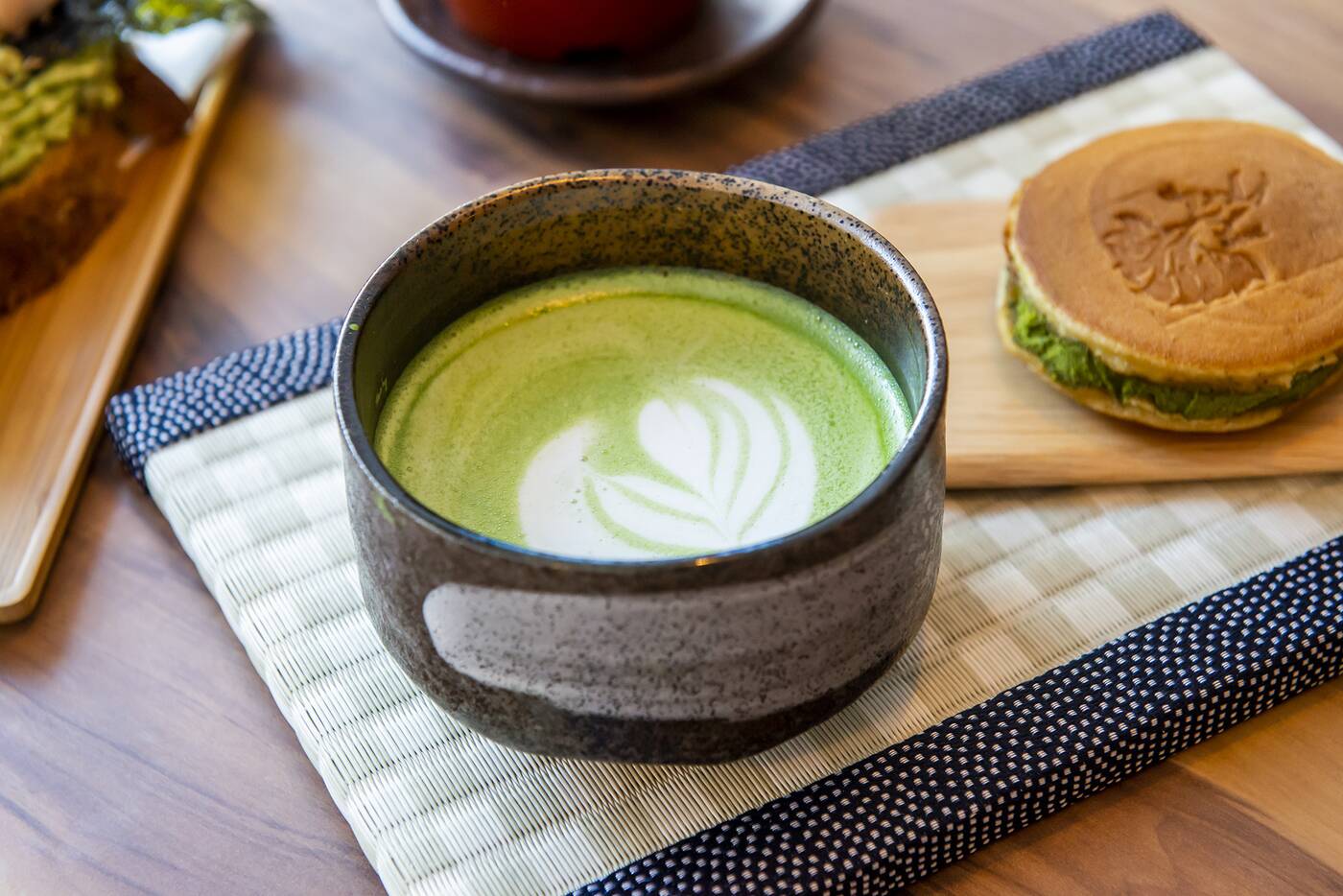 Matcha imported from Uji comes in massive cups ($5), which you can also get paired with a sweet for $7. 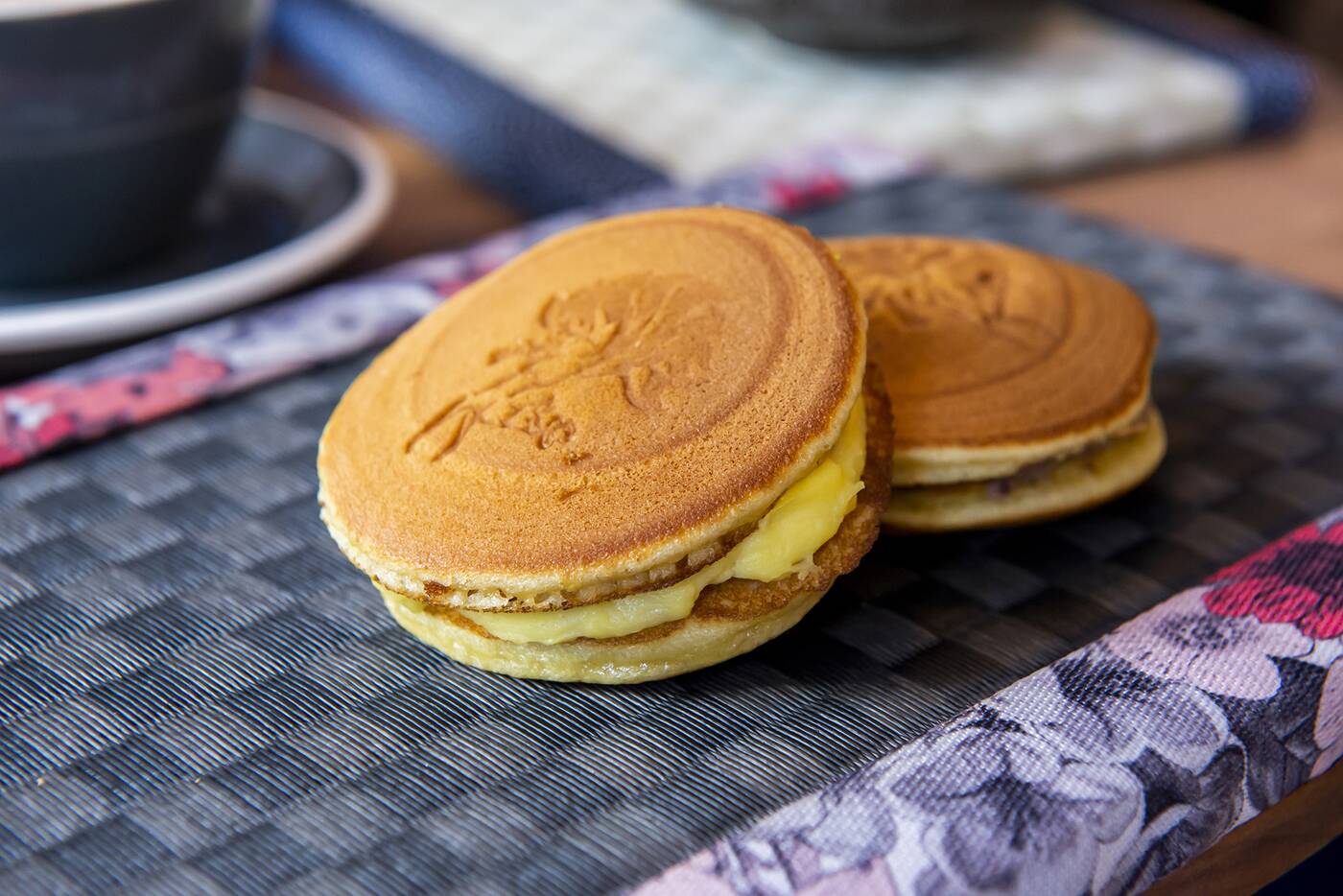 Dorayaki is the main feature here. Made by a pastry chef offsite, the pancakes are made with honey, for an extra sweet and soft texture. 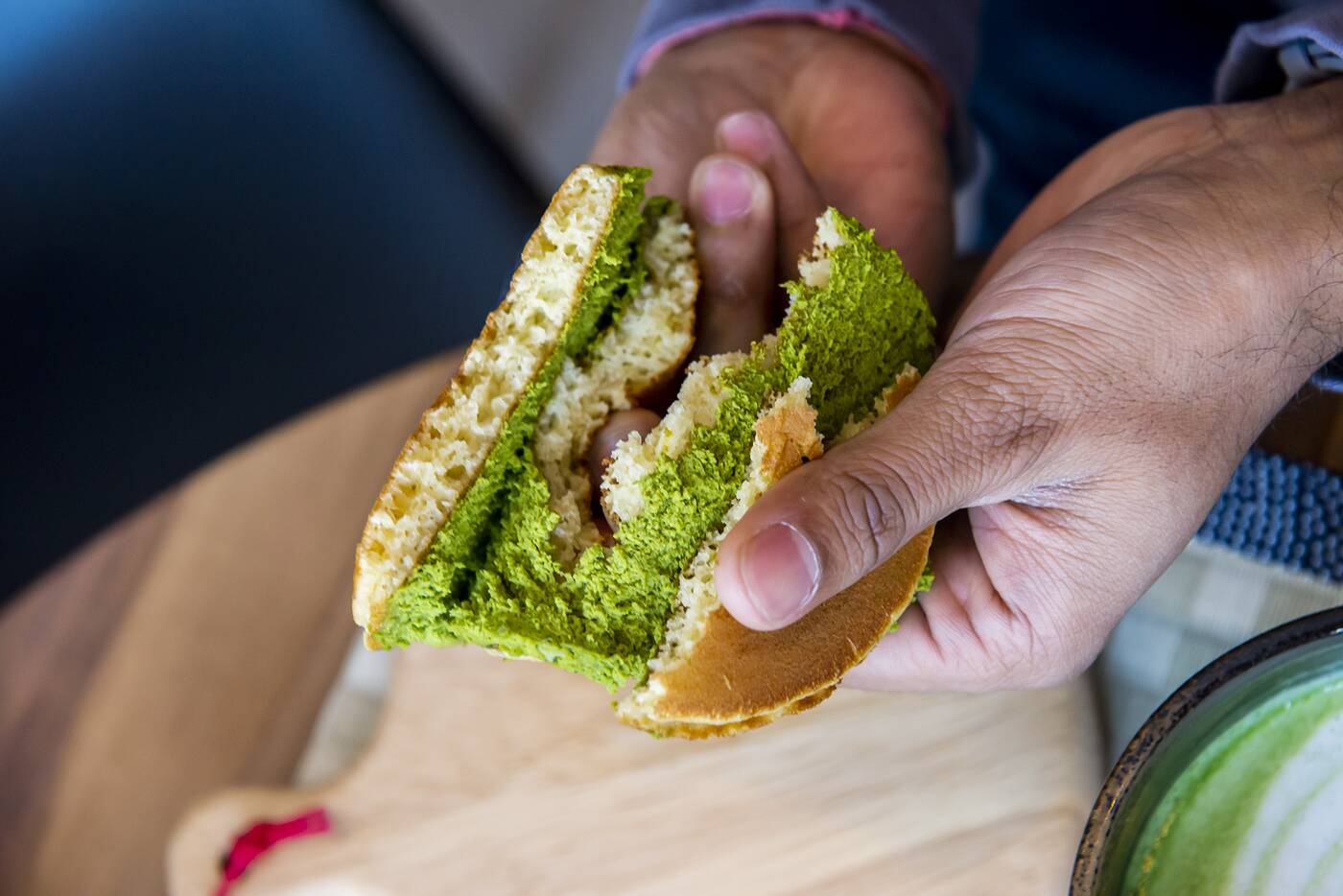 They're super moist, and go great with the matcha. 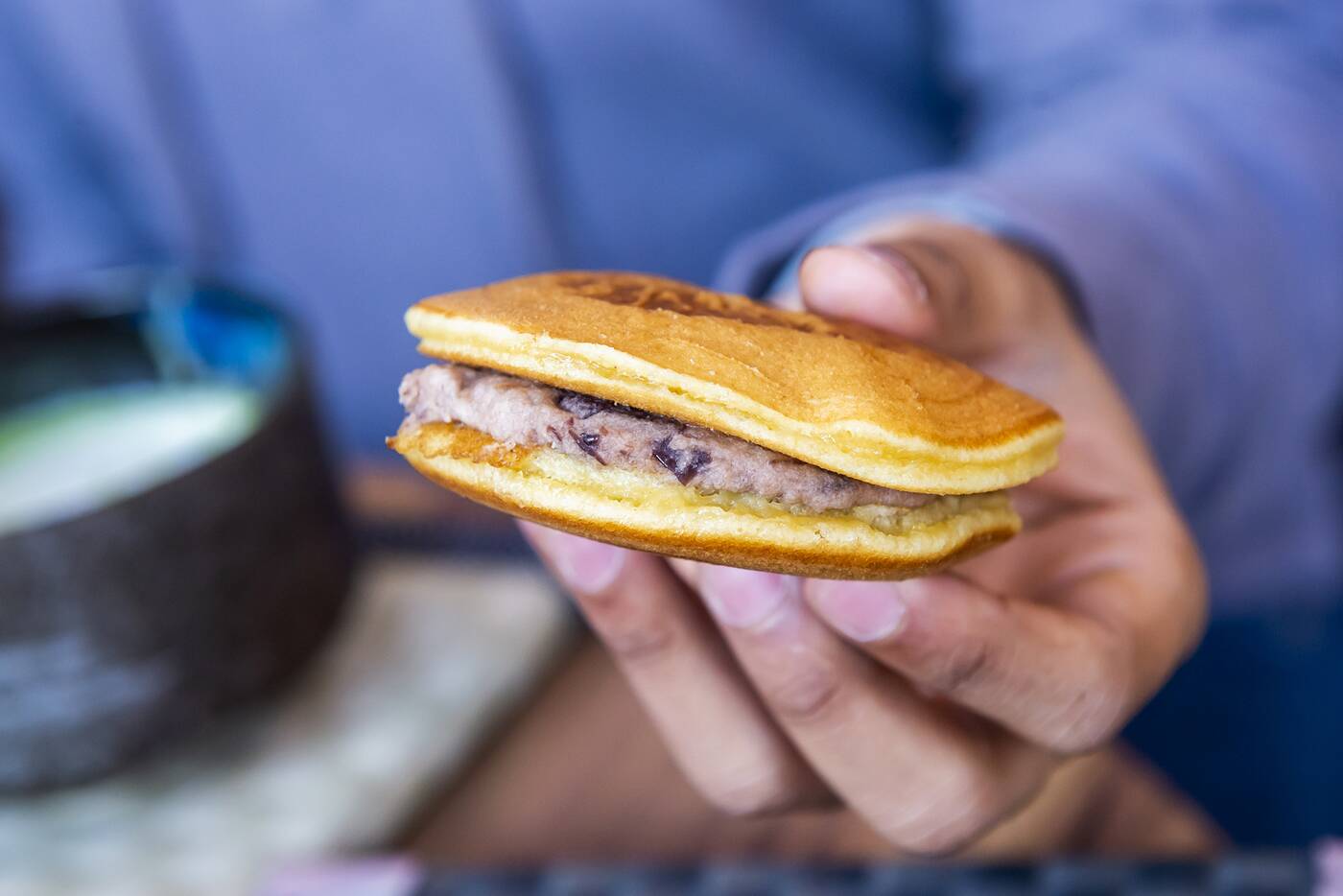 You can get it in three different flavours sandwiched between two pancakes: red bean or custard, which are $3.75 each, or matcha cream for $4. 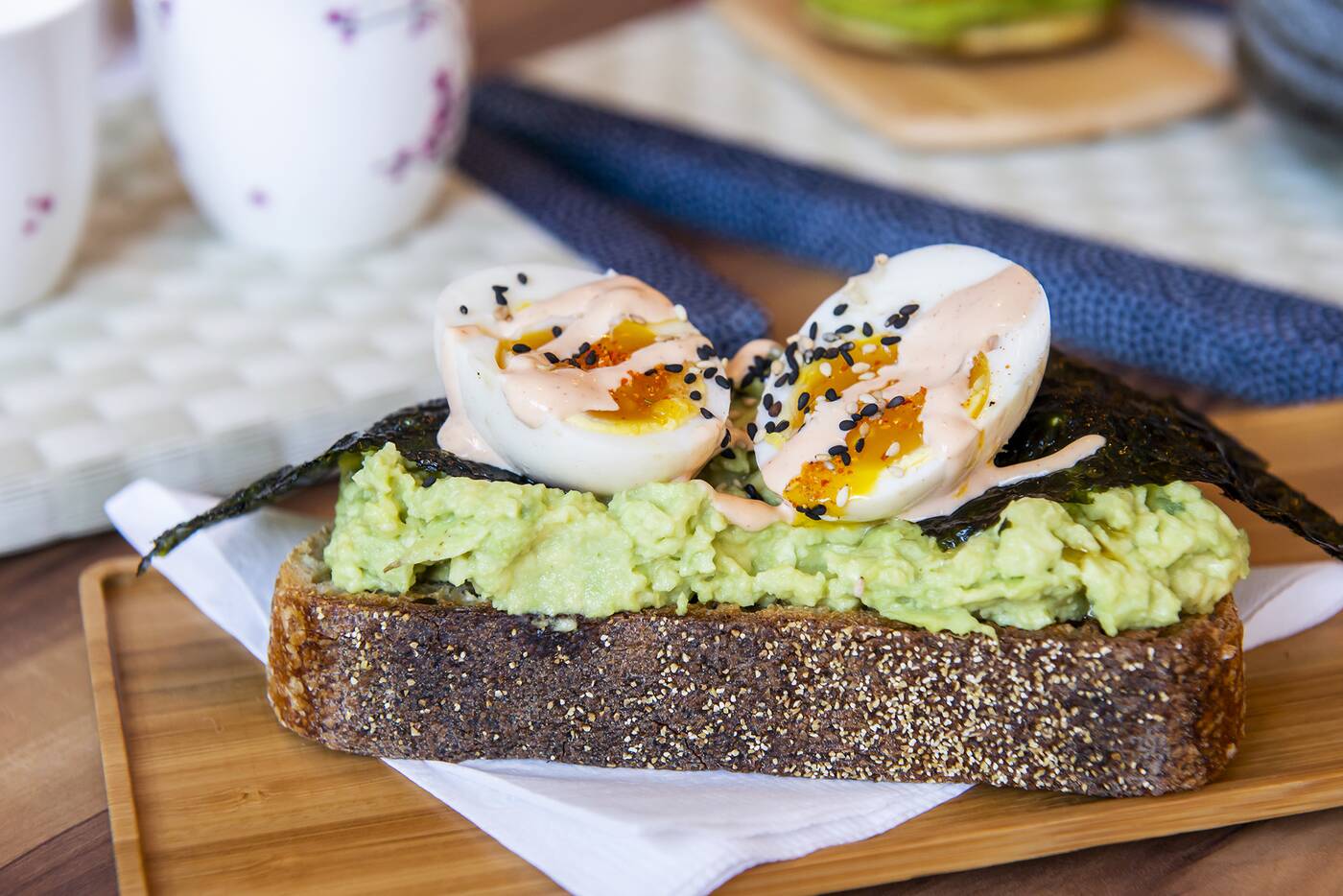 There's a handful of toasts available here, including a bunch of Japanese-style avocado toasts with spicy mayo ($7.50), or a ramen egg ($8). 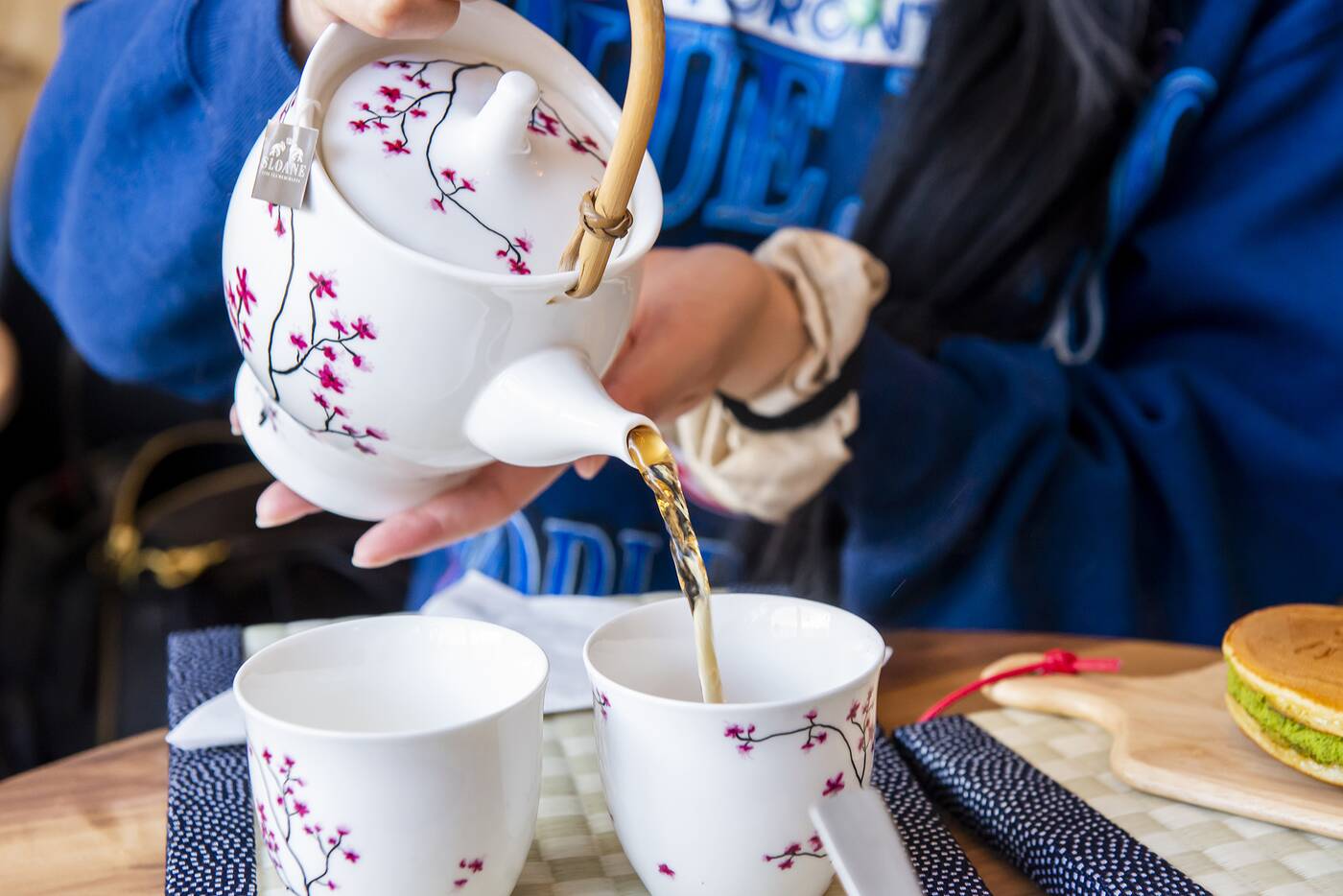 In Toronto, where avocado toasts abound, this Japanese variation with a runny egg is definitely one of the coolest avo toasts I've ever had, with nori, a thick bread, and a dash of togarashi spices. It also goes well with a pot of tea. 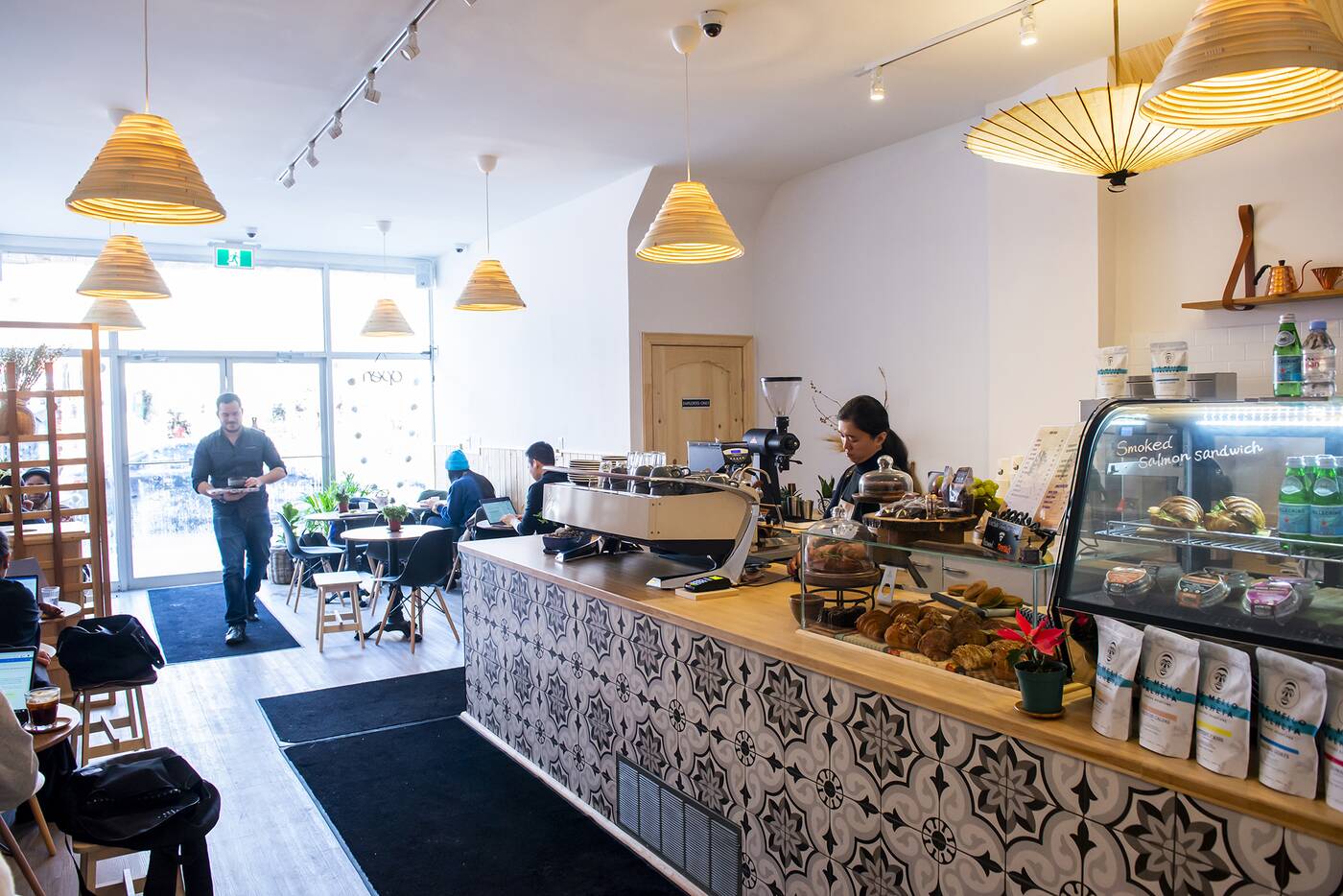 It should be noted that Ninetails Coffee Shop is equipped with some powerful WiFi, making it a great place to post up with your laptop with a cup of matcha. 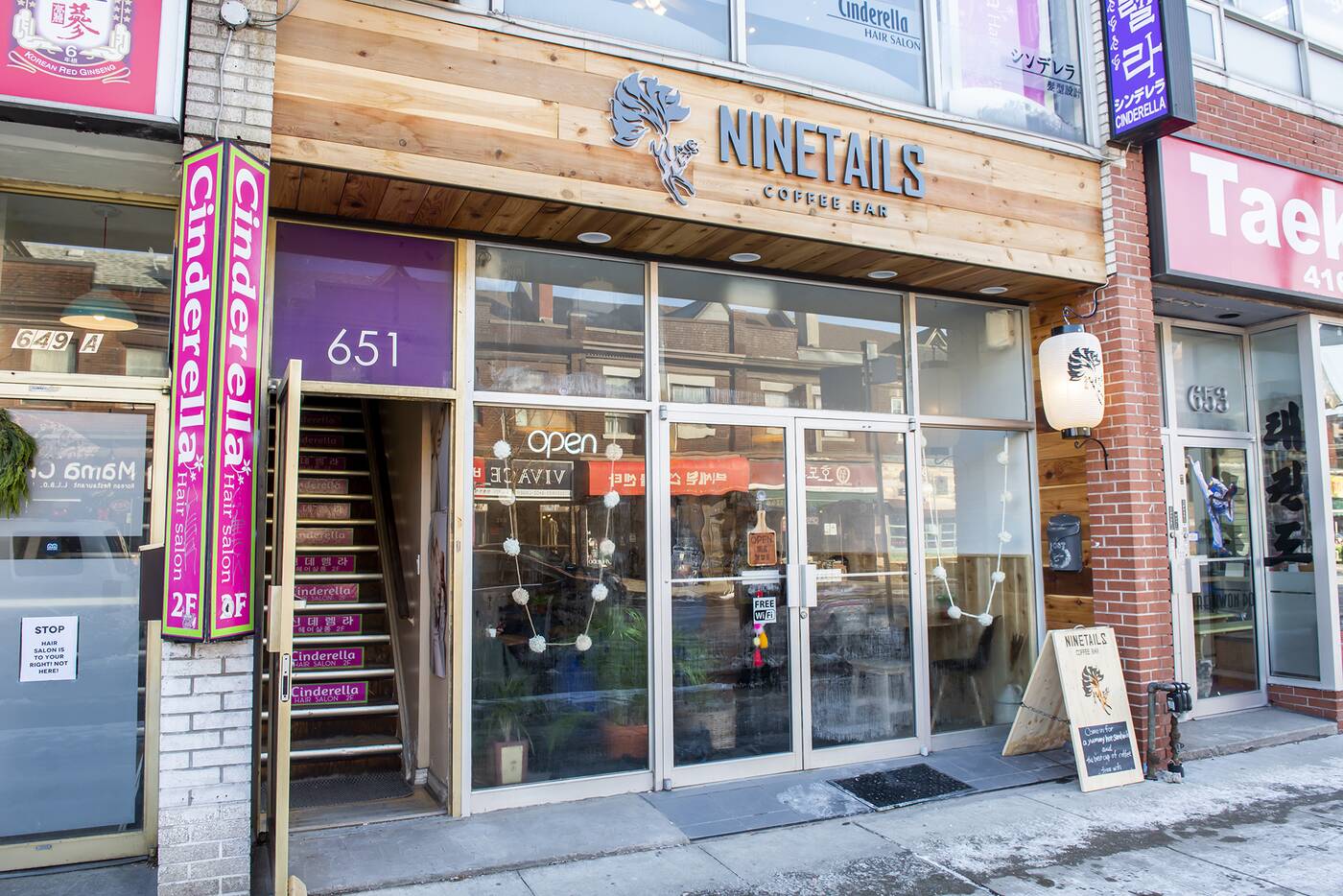