Mos Mos translates loosely to "gently, gently" in an East African dialect, typically said when presenting coffee; kind of the way those in the west might say "enjoy" when placing food in front of someone.

It's a signifier of the cafe's desire to elevate the moments of relaxation in the day, and a nod to their global inspiration with a menu of Laotian-sourced coffee and inventive chai lattes. 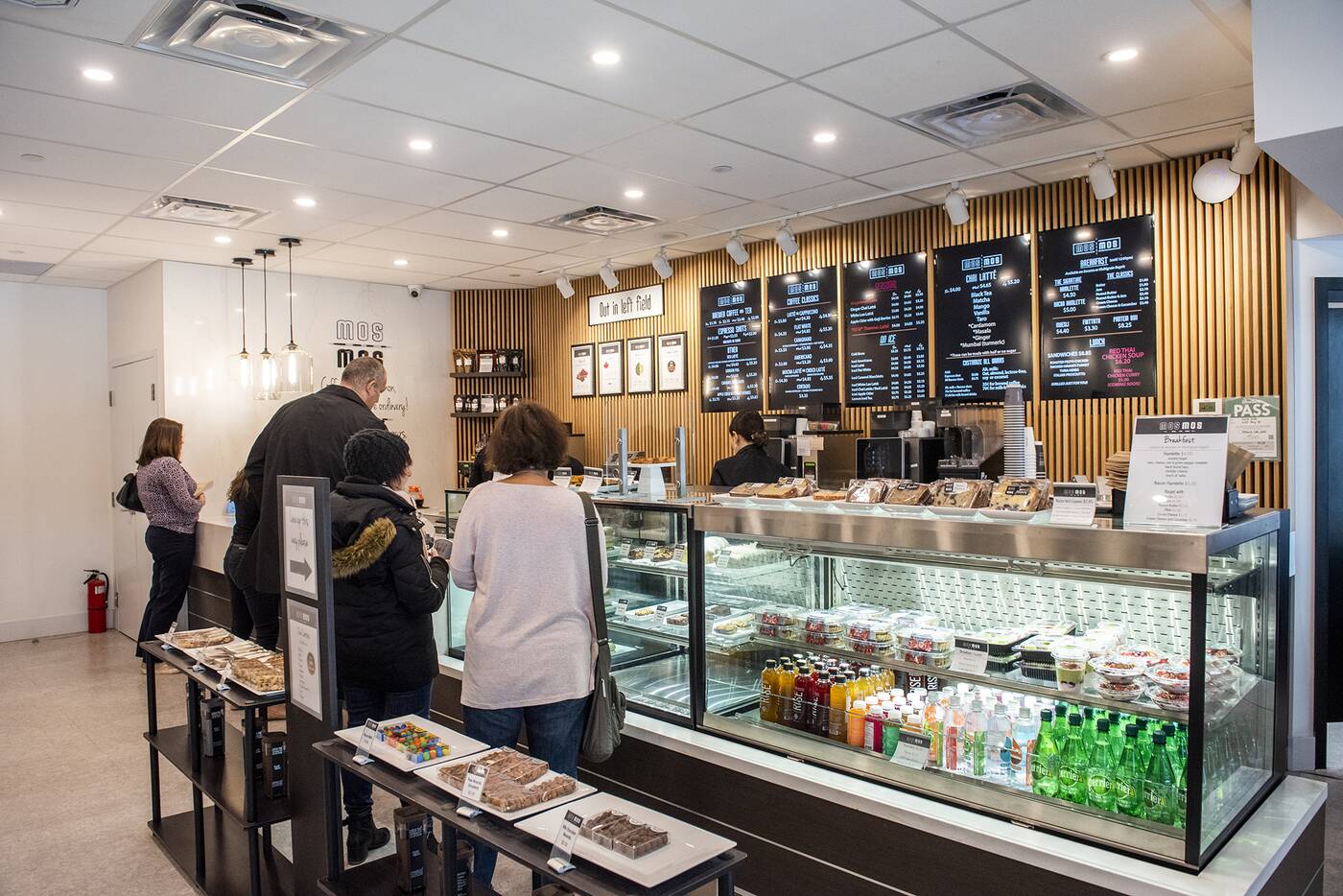 At roughly 20 seats and equipped with WiFi, this is the first street level location for the brand, the same designer used for the space as all others. 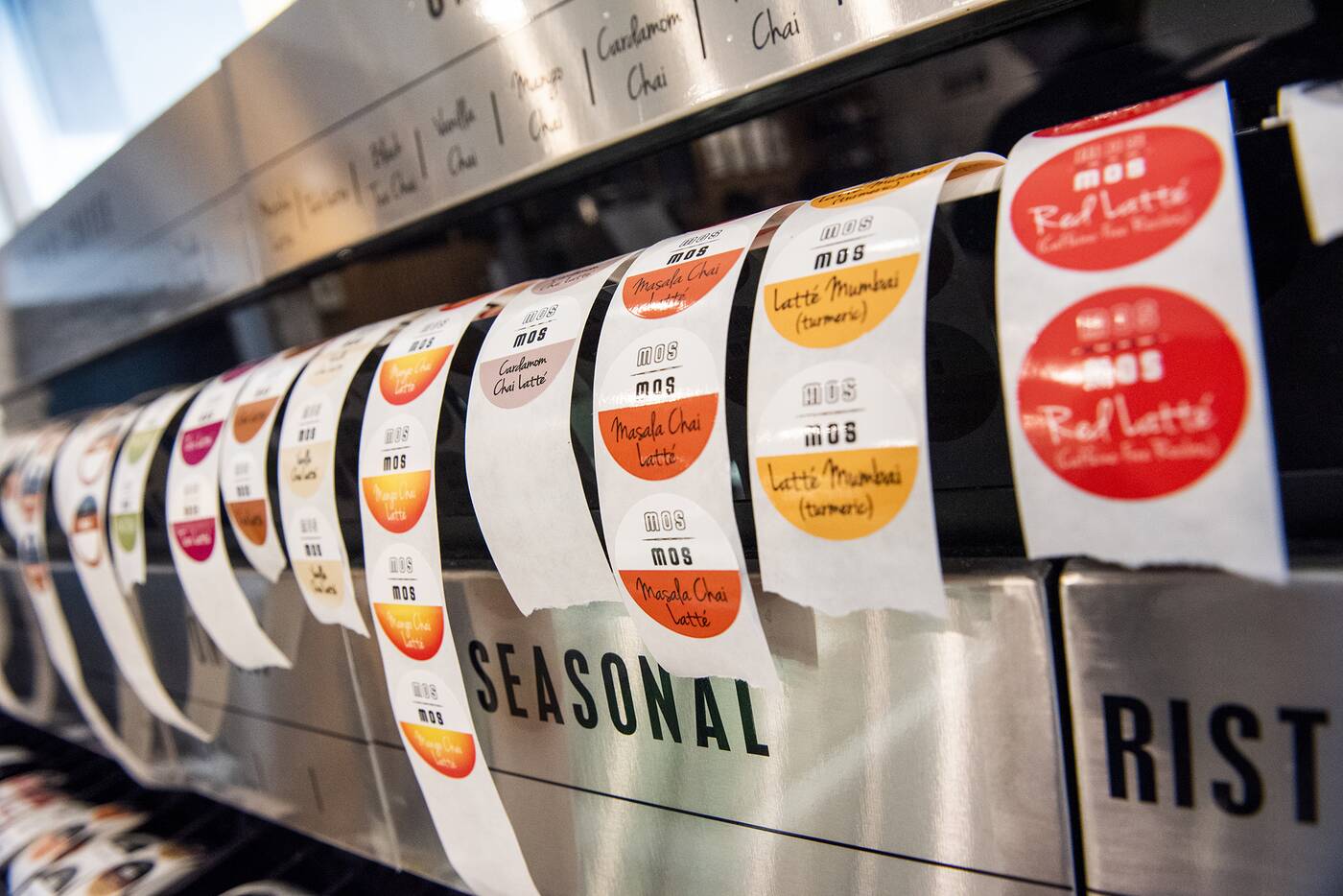 Unlike many coffee shops, where you shuffle to the front of a line and then quickly fire off a long and complicated order, here there's a stickering process where you choose your cup size, then select a sticker with your exact order on it and present it to the barista. 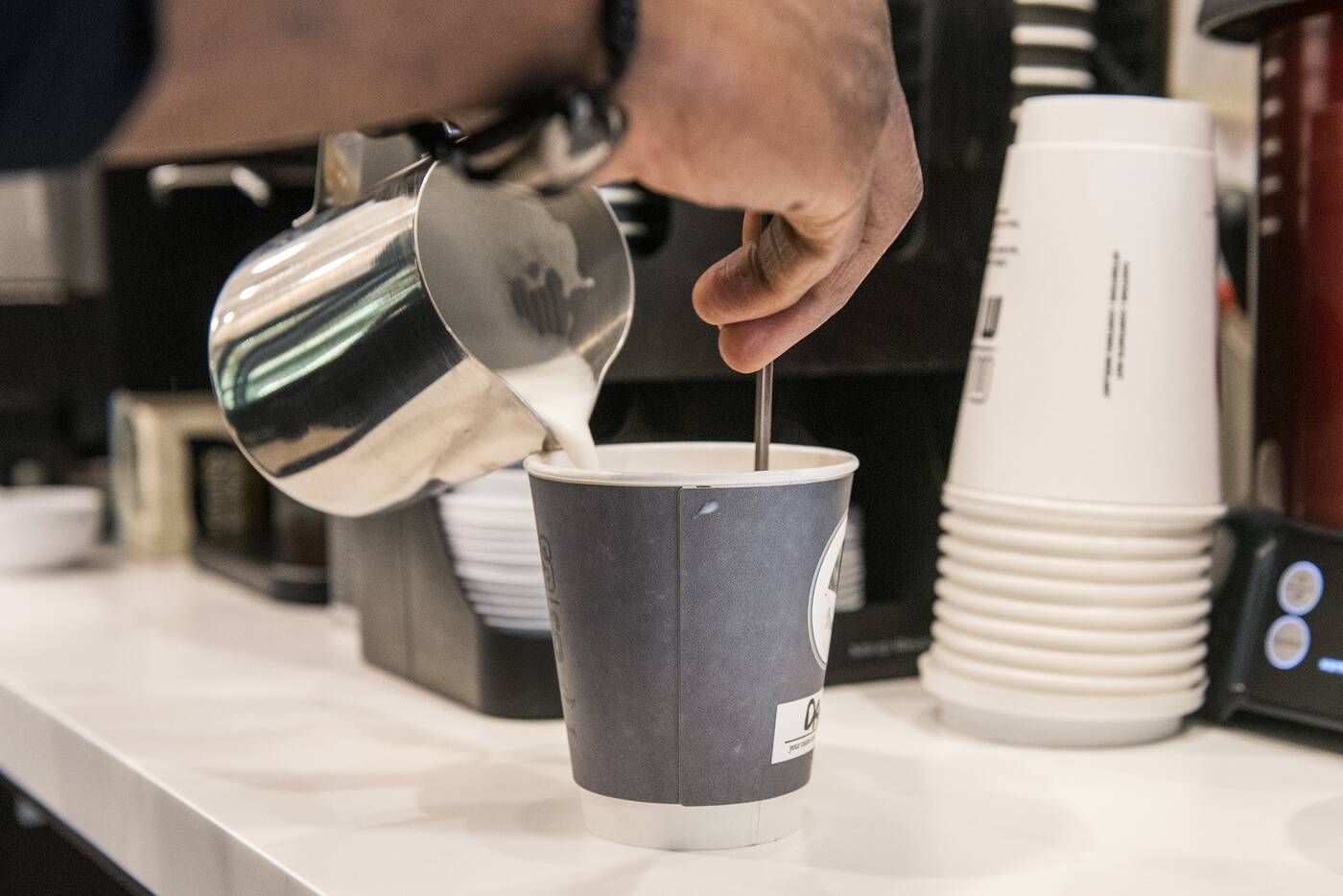 Mos Mos elevates the average coffee experience by steaming all added milk and incorporating it by slowly stirring beverages while pouring, so all the flavour and milk doesn't settle at the bottom. 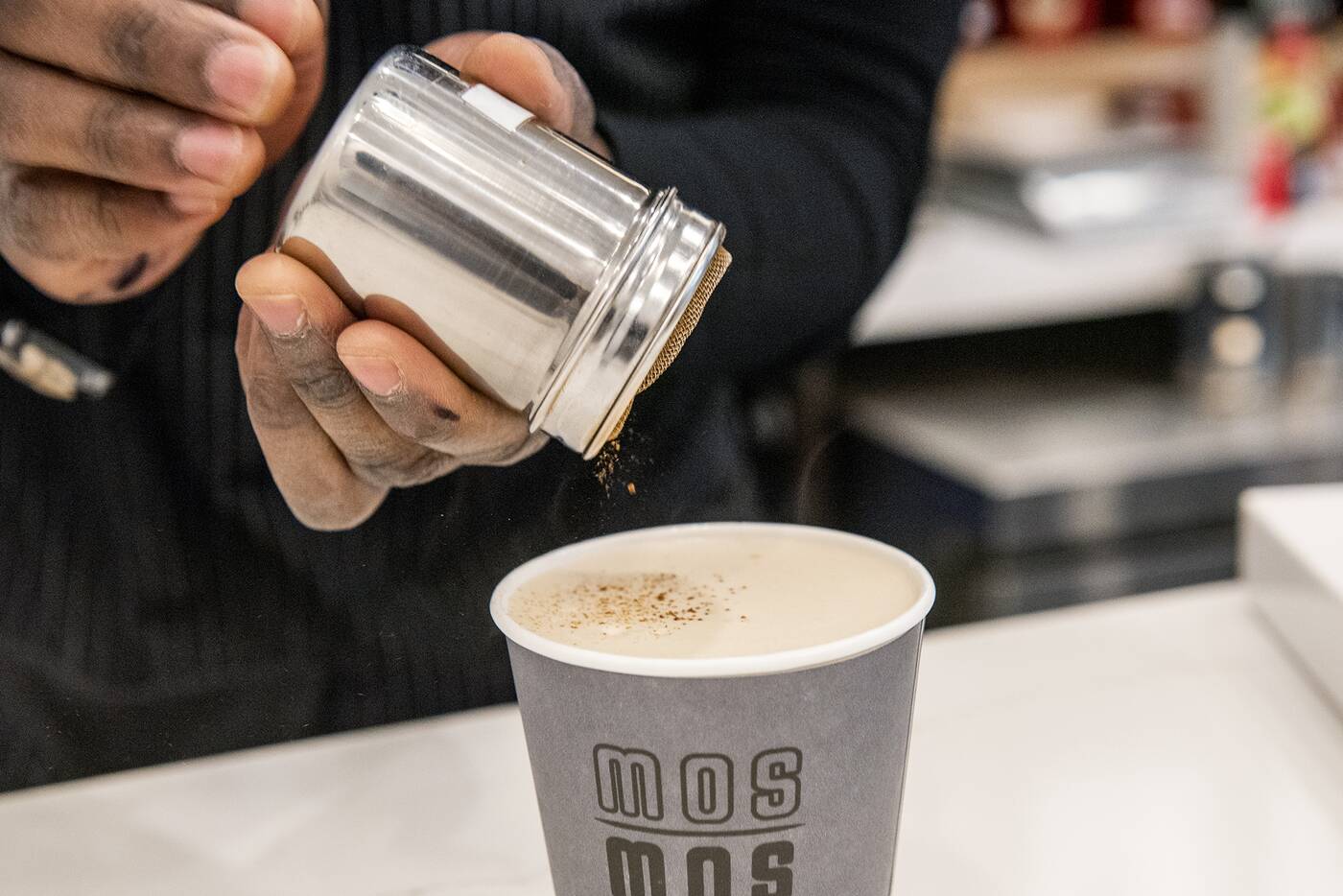 Also, all coffee drinks get a sprinkle of coffee dust, all chai lattes a sprinkle of chai dust, some basic latte art incorporated into almost every single drink. When beverages are done, they're even placed on small "pedestals." 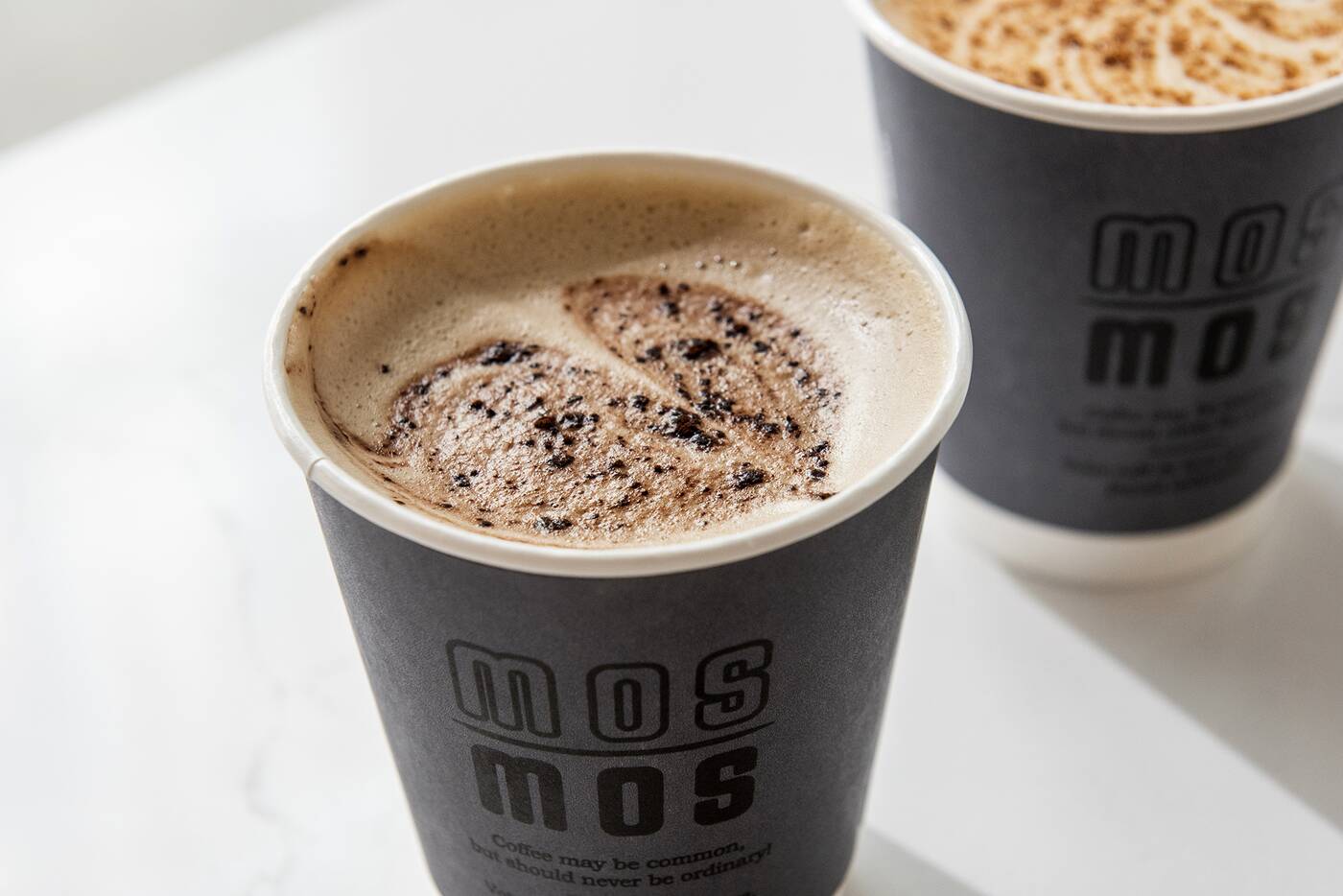 Chai lattes start at $4 and come in tons of varieties like vanilla, turmeric, matcha and masala, all made with chai imported from around the world. A tiramisu variety is delightfully indulgent and dessert-like with a rich cocoa flavour. 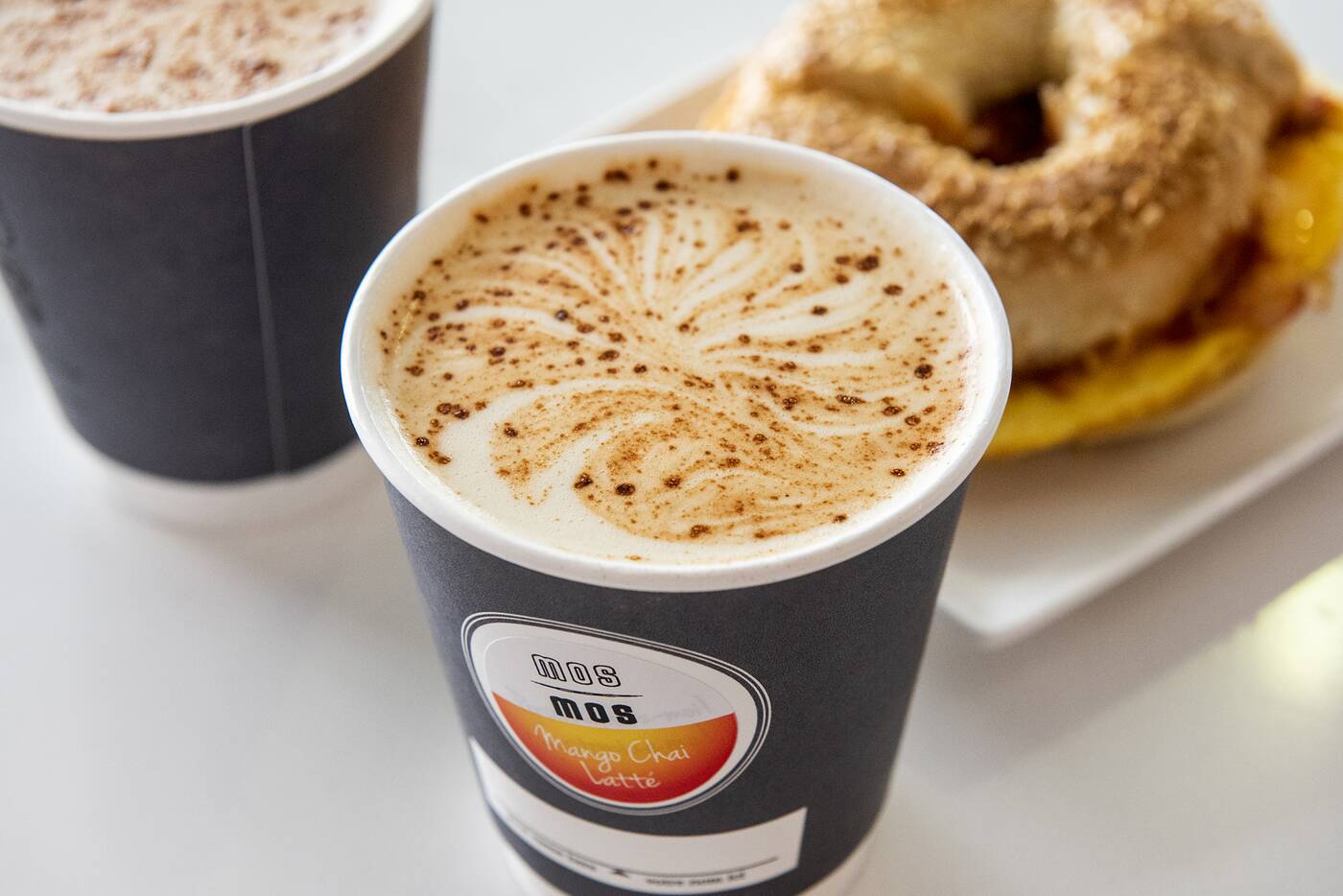 A mango variety misses the mark a little, more overly syrupy-sweet than reminiscent of mango. 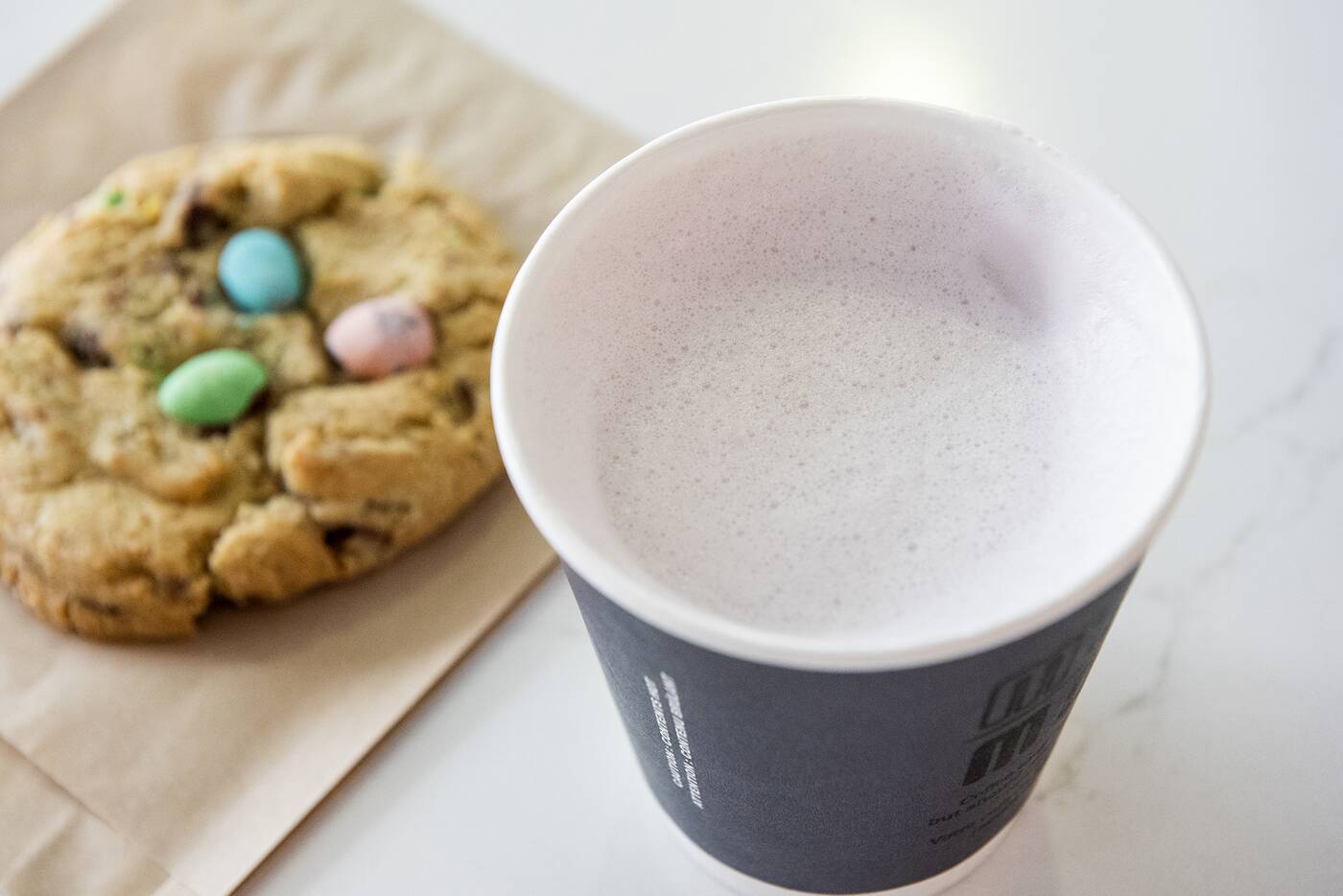 The taro chai latte tastes better, full of the starchy, earthy, almost creamy flavour of taro with a lovely pale lavender hue, ingredients for this drink sourced from Taiwan. 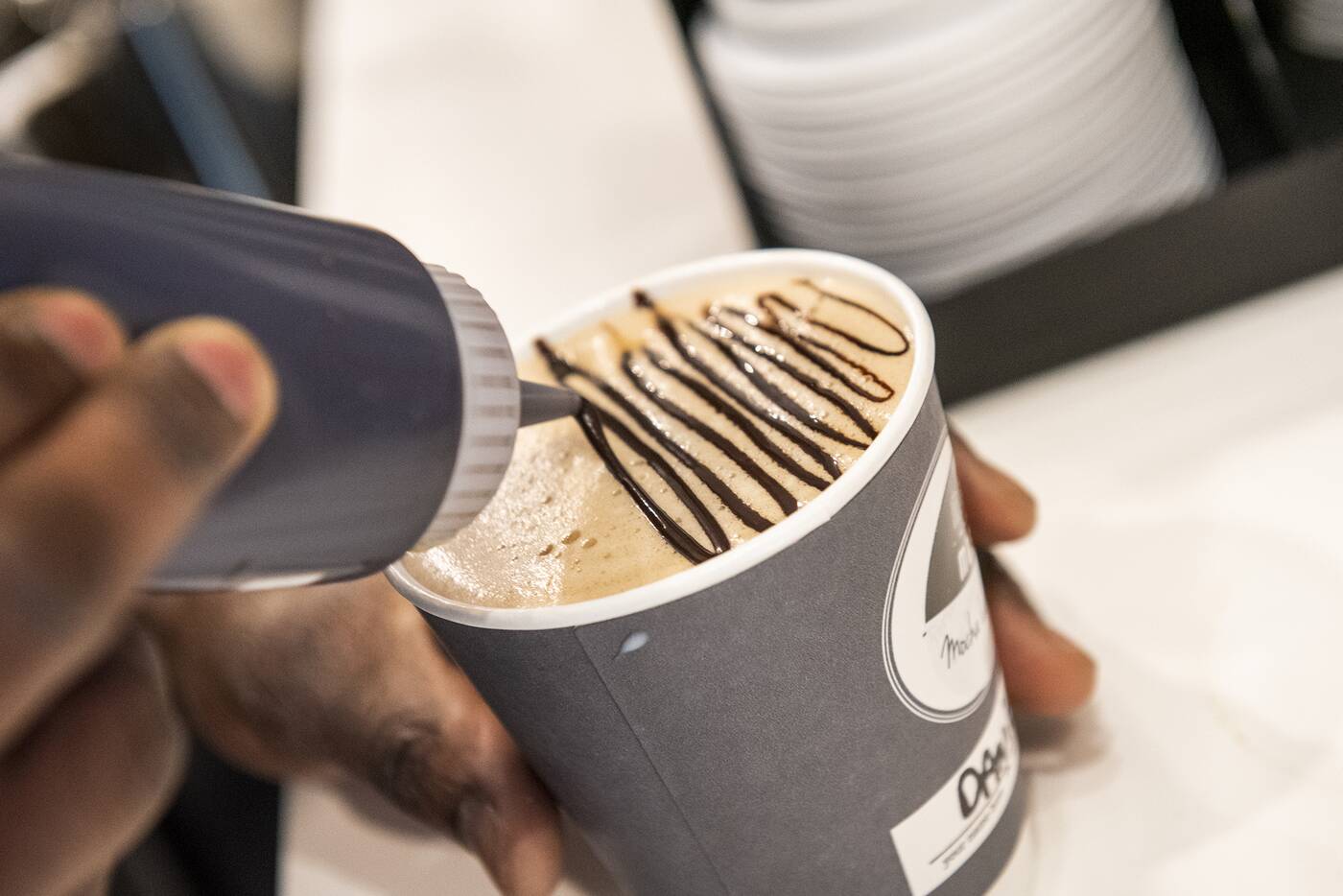 Mocha lattes start at $4.30, both the beverage and the syrup on top made with Ghirardelli chocolate. 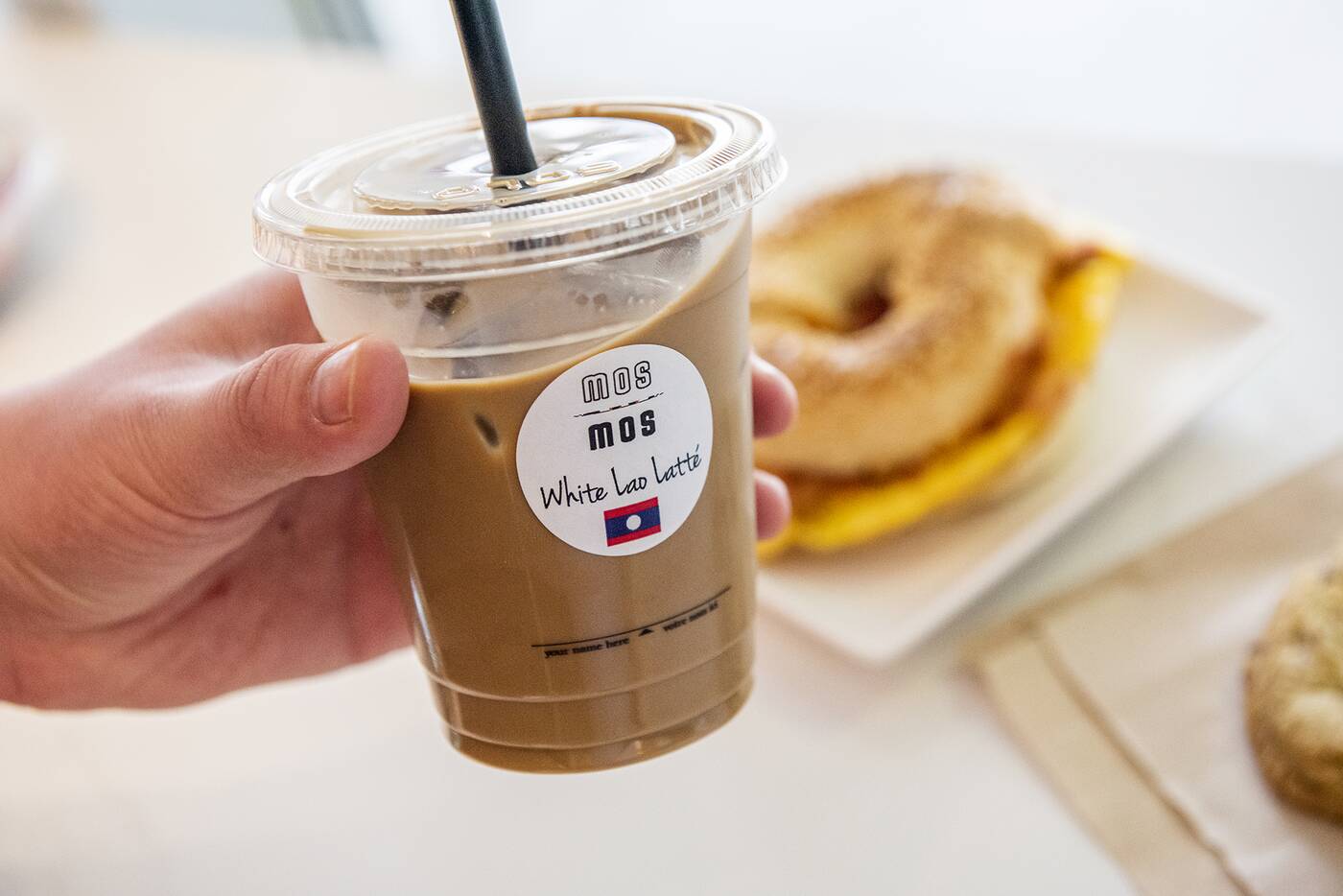 A white Lao latte starts at $3.80, so named because it's made with the extracts from caramelized Laotian coffee beans. It tastes similar to your average iced coffee, except the sweetness comes from the caramelization rather than a gallon of liquid sugar. 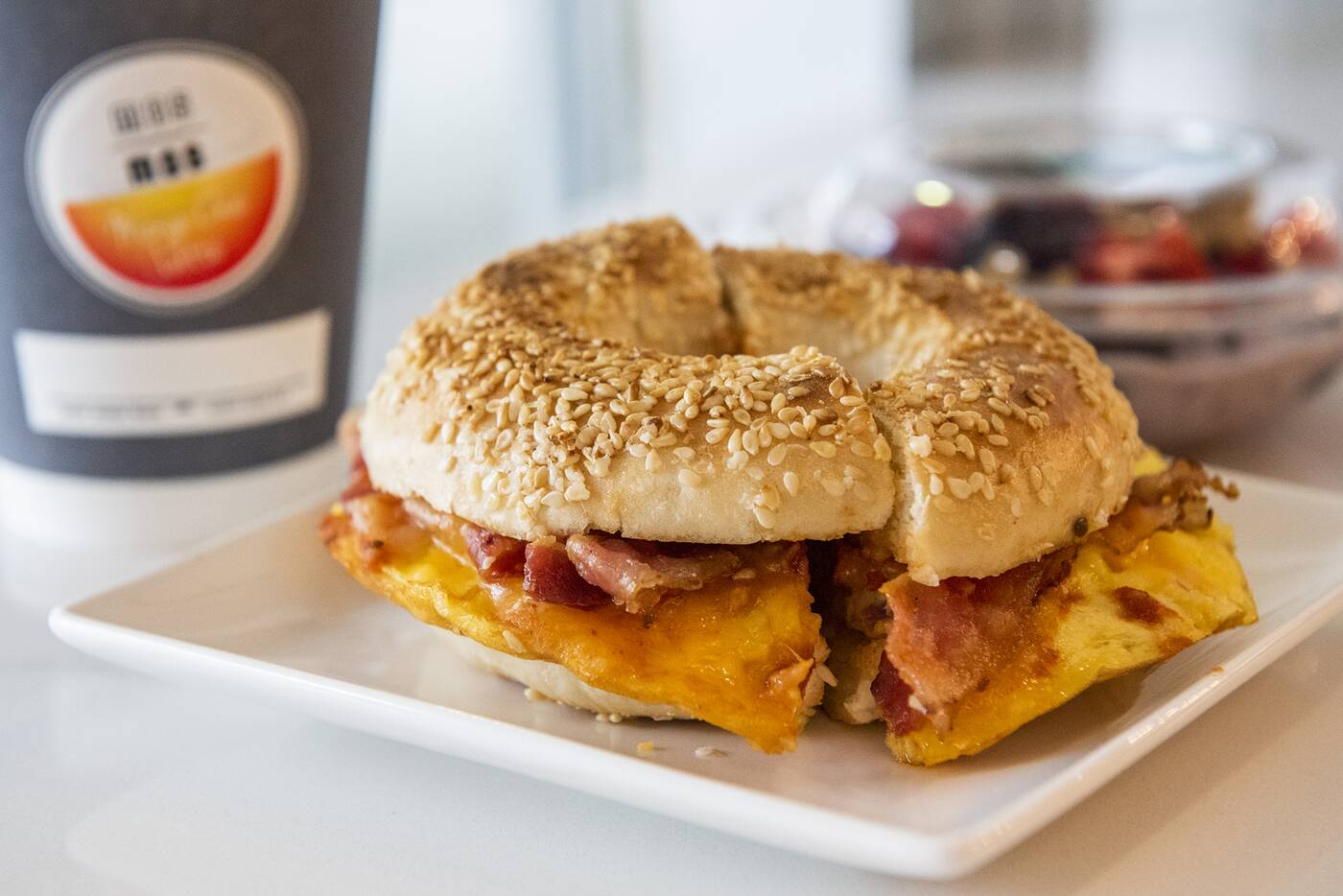 Breakfast items like a bacon "hamlette" ($5) are available until noon, a sesame or multigrain bagel sandwiching a ham omelette with bacon on top. 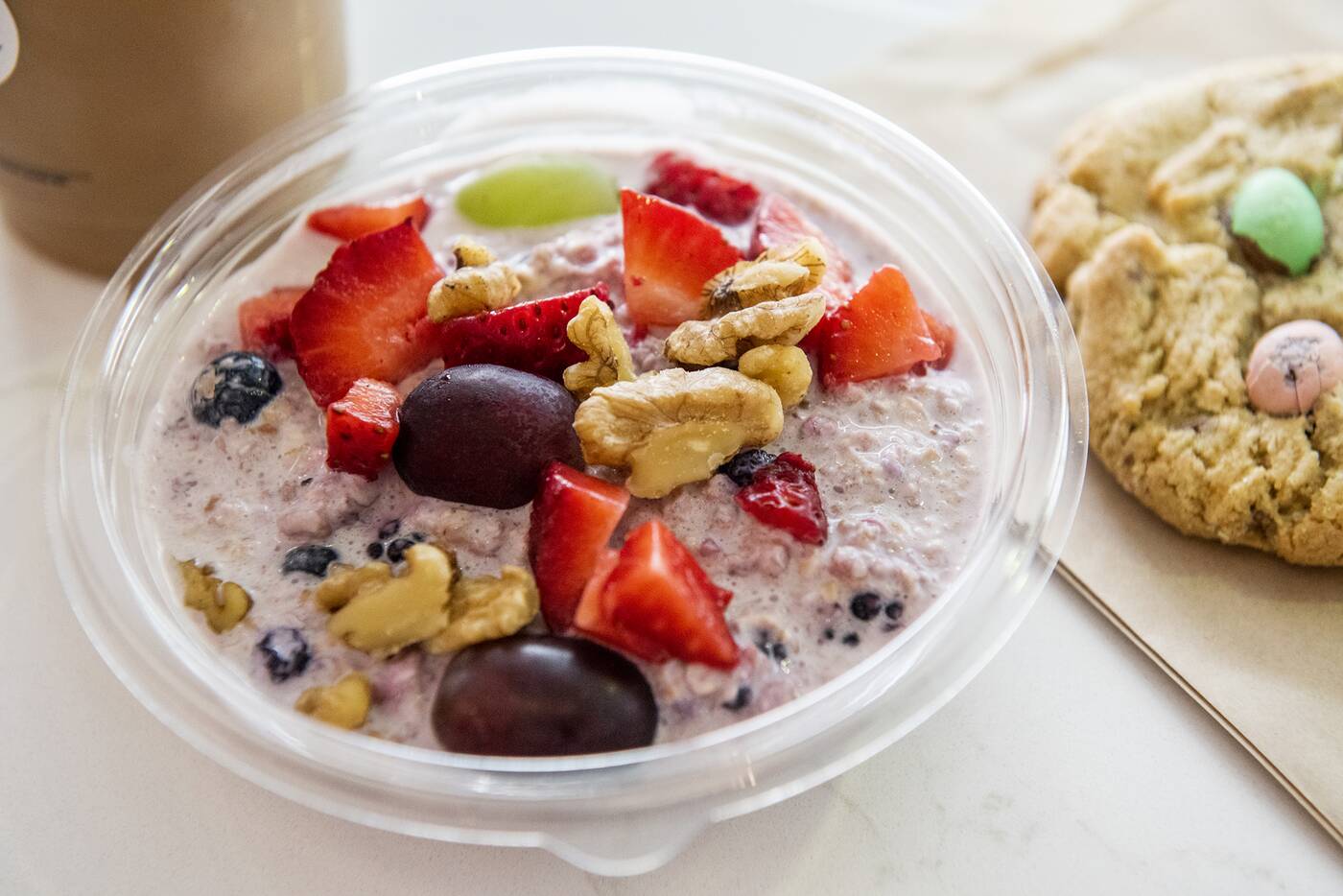 There's also house muesli ($4.40) on the other end of the spectrum, topped with very fresh grapes, berries and walnuts. 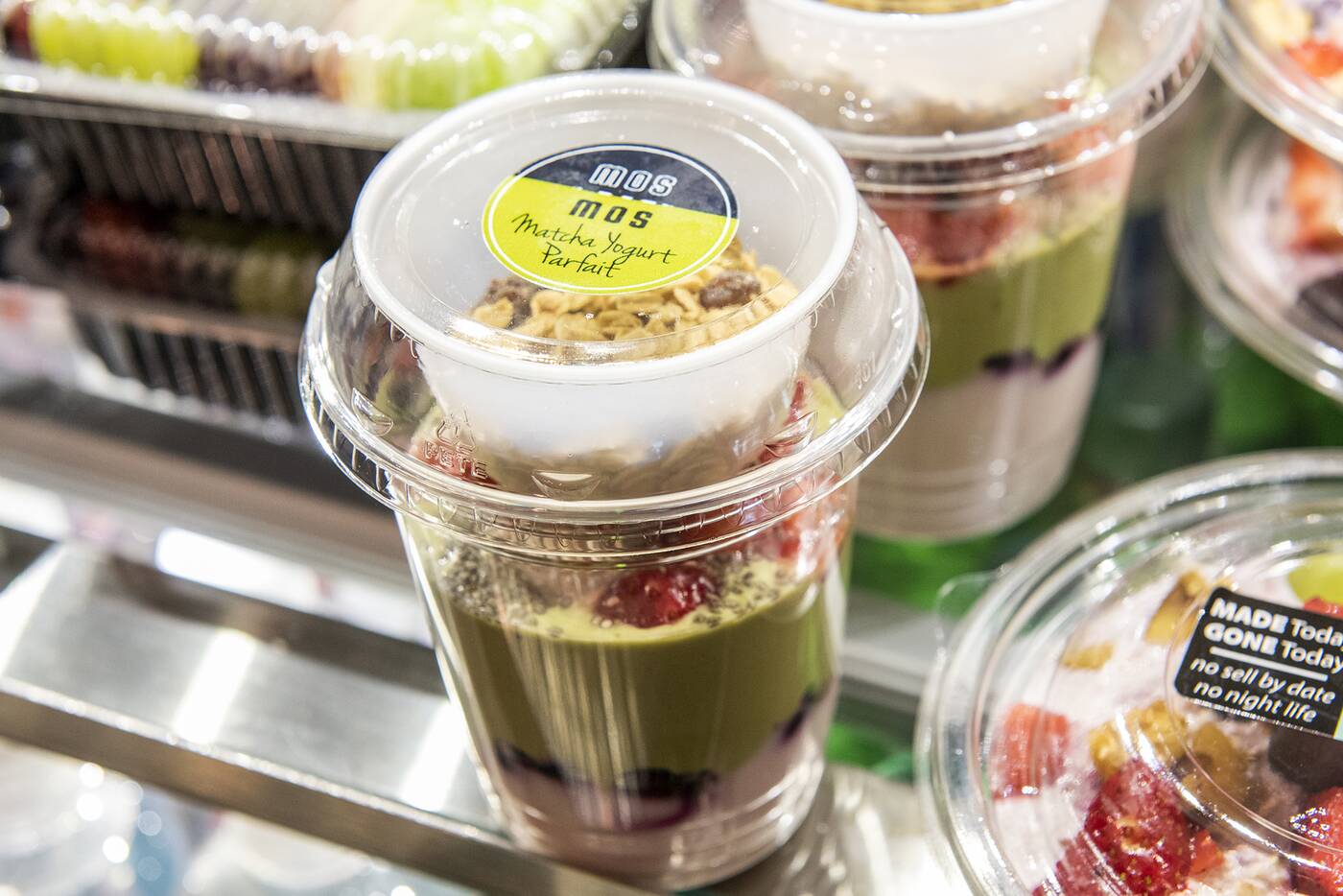 Matcha yogurt parfaits are also made in house and priced at $4.40. 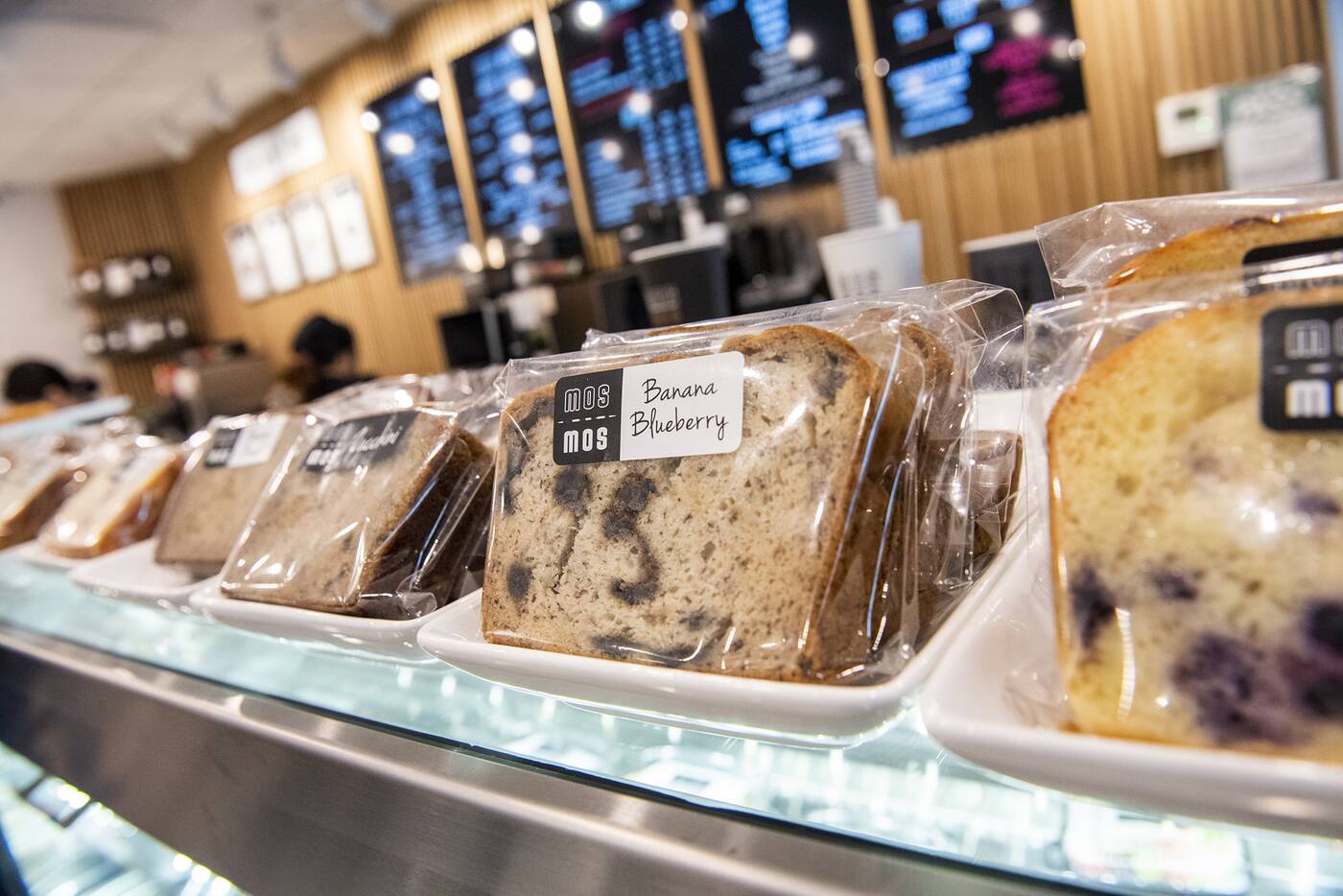 Outsourced but popular loaves ($2.85) come in varieties like lemon blueberry and carrot. 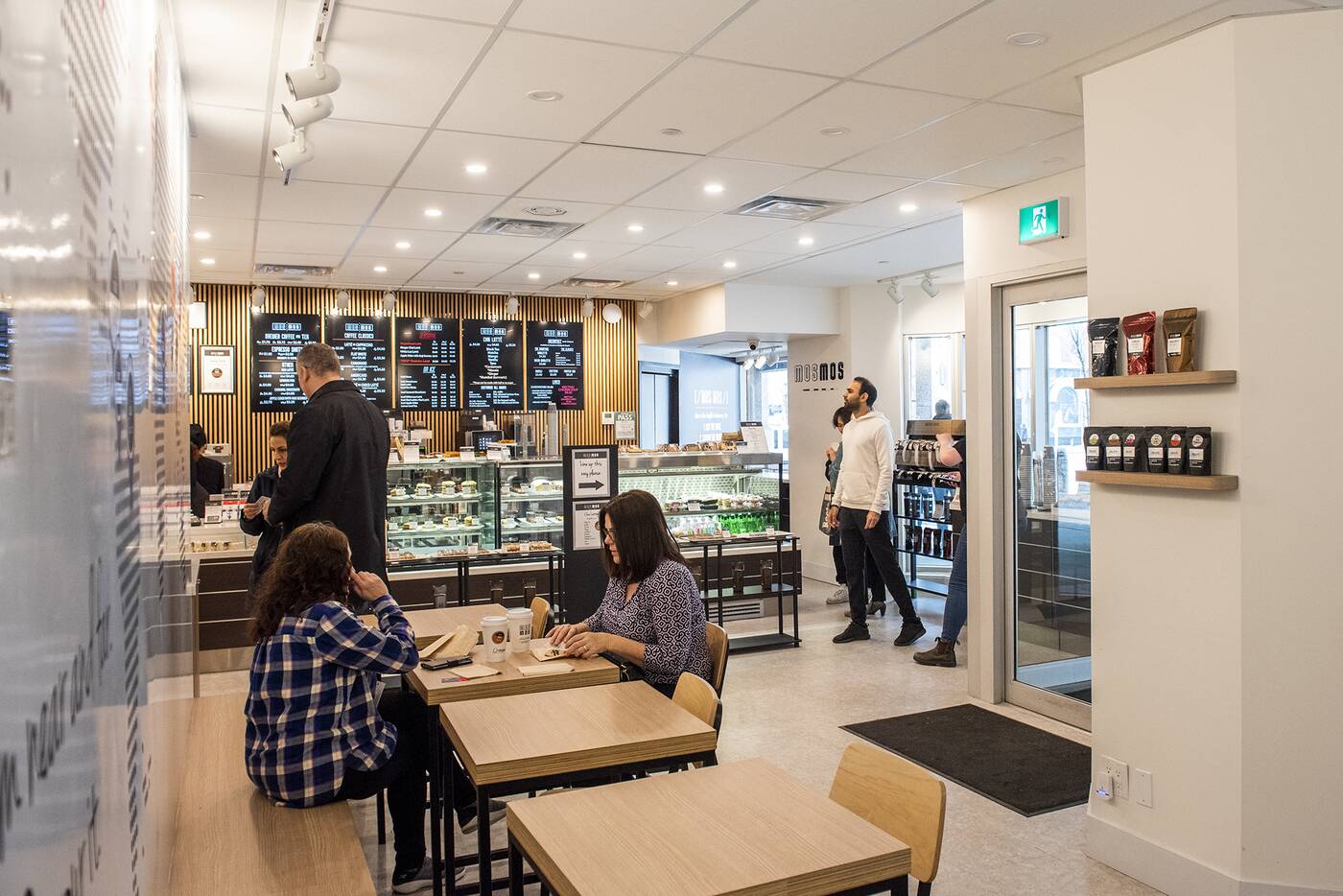 This location also has four taps for nitro and cold brew drinks, more than any other. 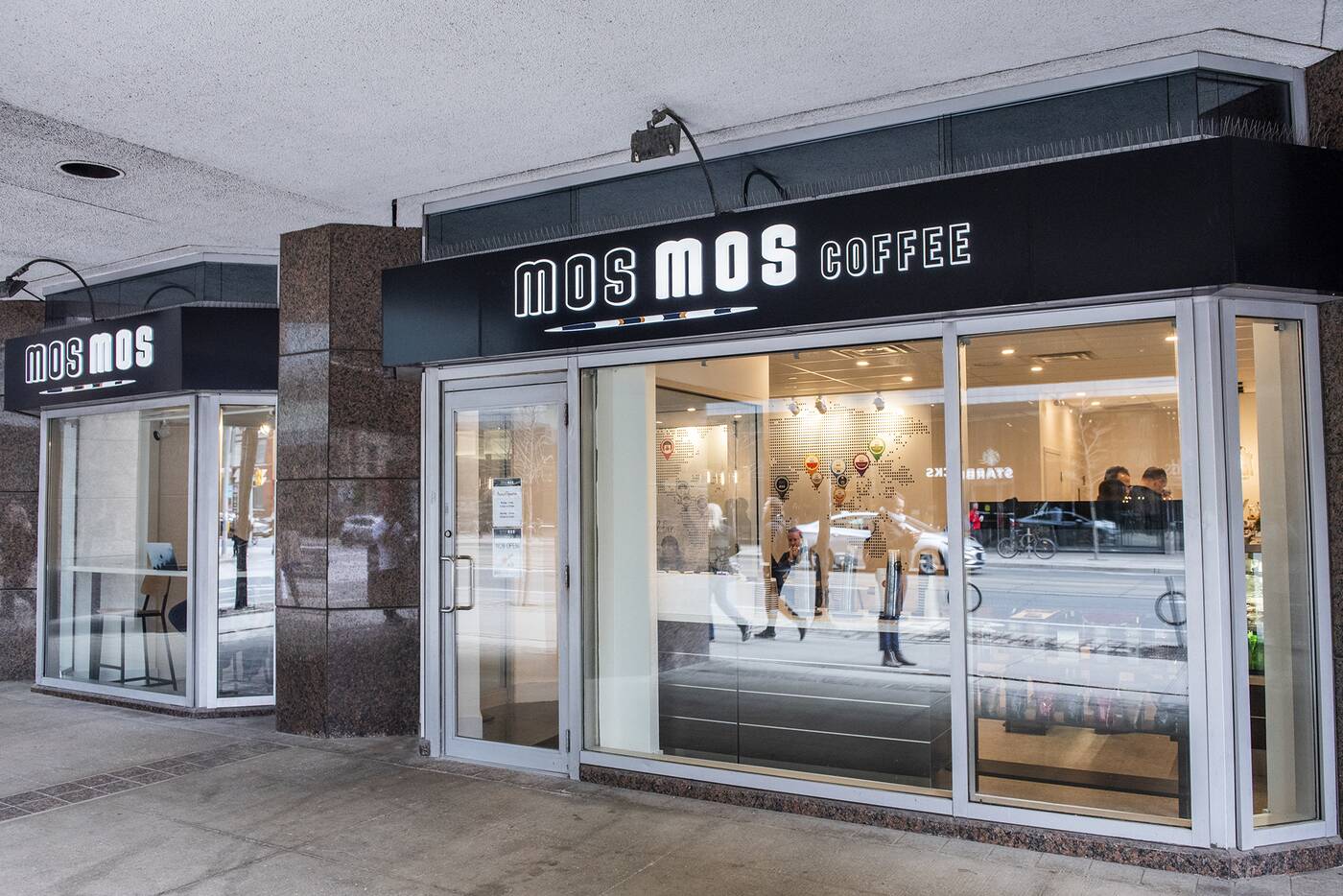