If you know a thing or two about coffee, you’ve likely heard of this local caffeinated powerhouse. 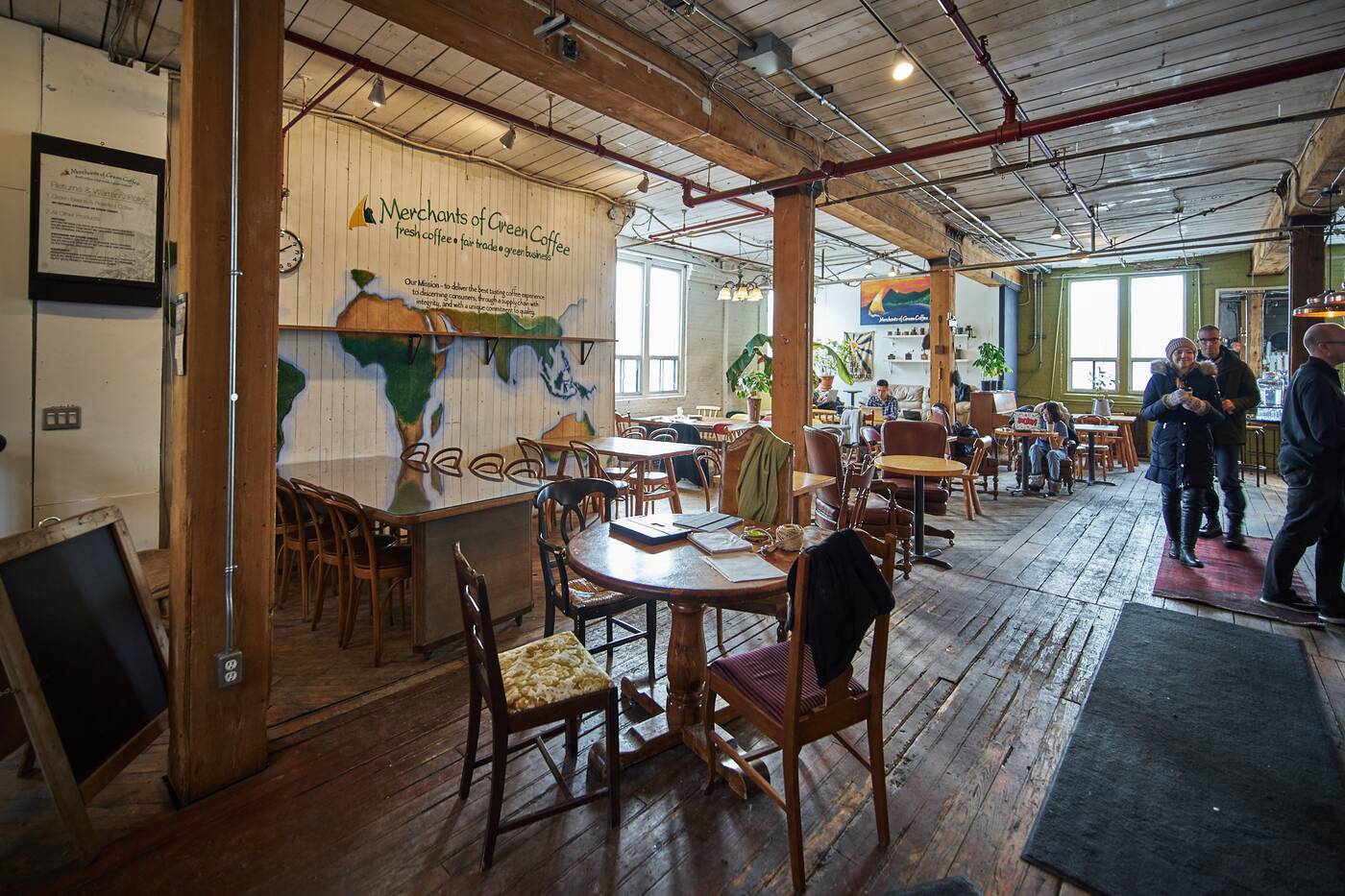 No other coffee company in Toronto orchestrates every element of their environmentally-conscious supply chain as meticulously, from the source of their green beans down to their biodegradable bags and the mugs they use. 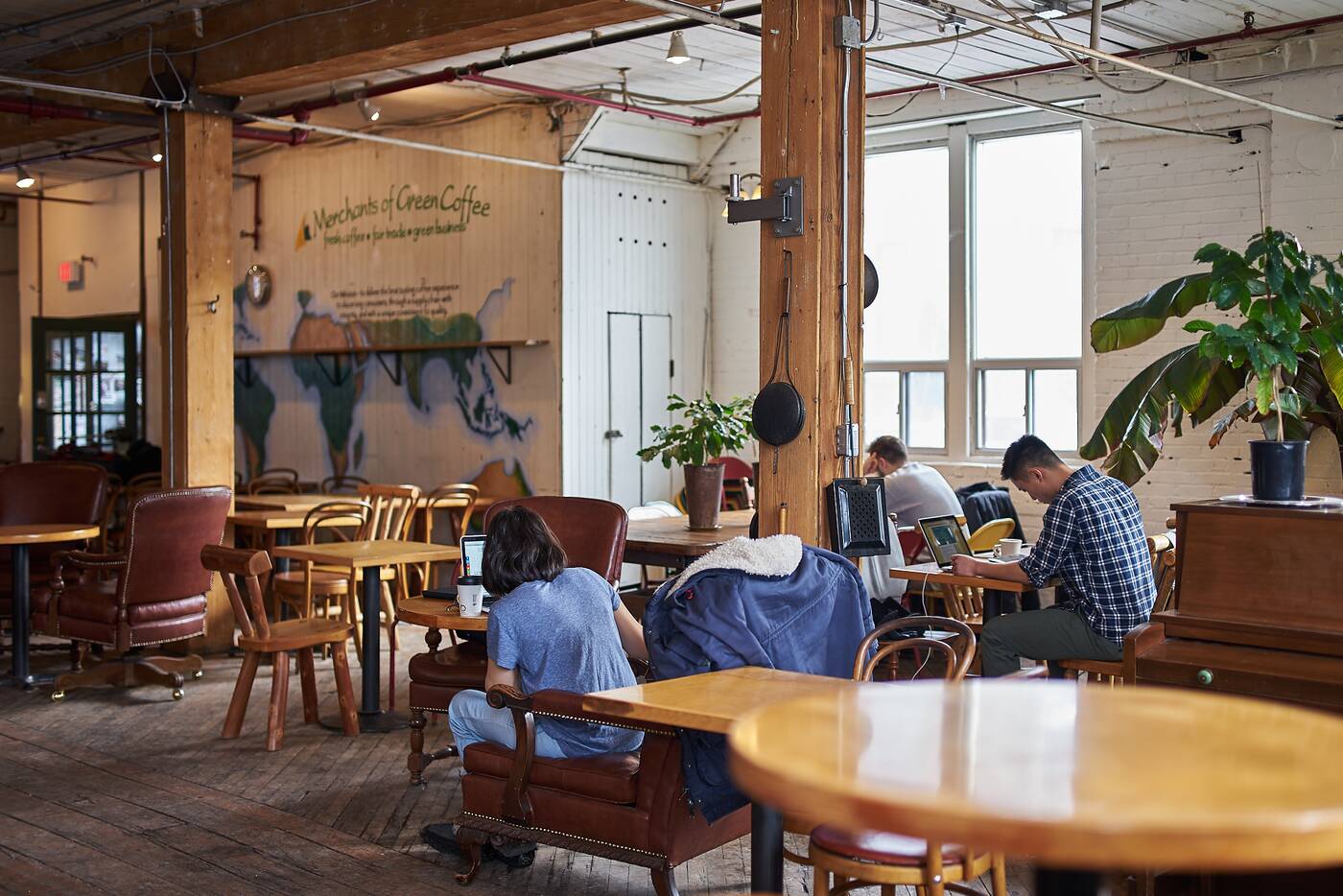 Sitting in the warm and cozy first-floor space of Riverside's historic jam plant, Merchants first began in 1994  as way for five friends to source and sell green, fair trade coffees. 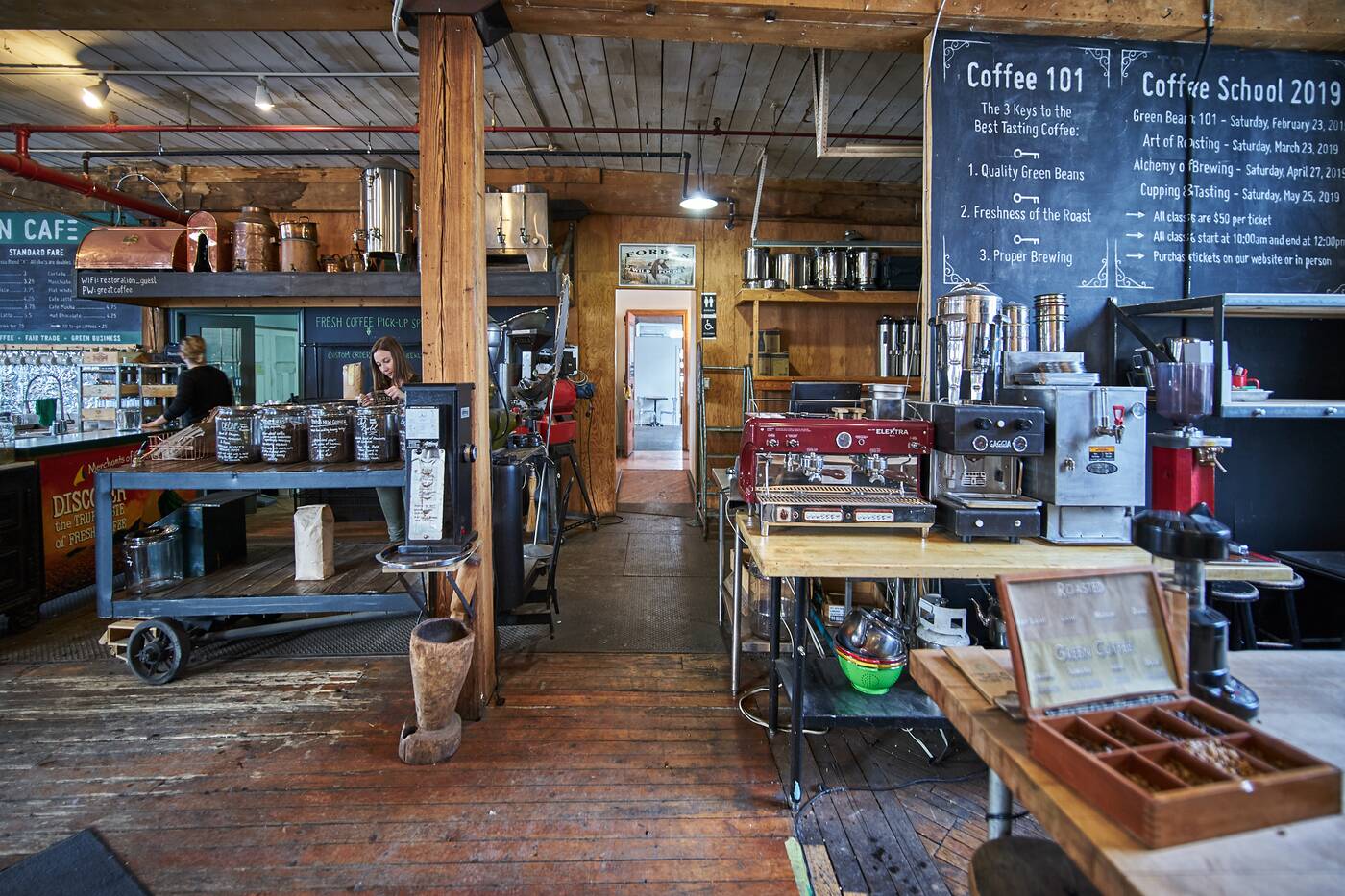 The place is now officially only one of two places in the city to get green—or raw—beans. Aside from offering coffee education on Saturdays, the company’s cafe section has also undergone a recent revamp, and finally has an official name too: Merchant’s Restoration Cafe. 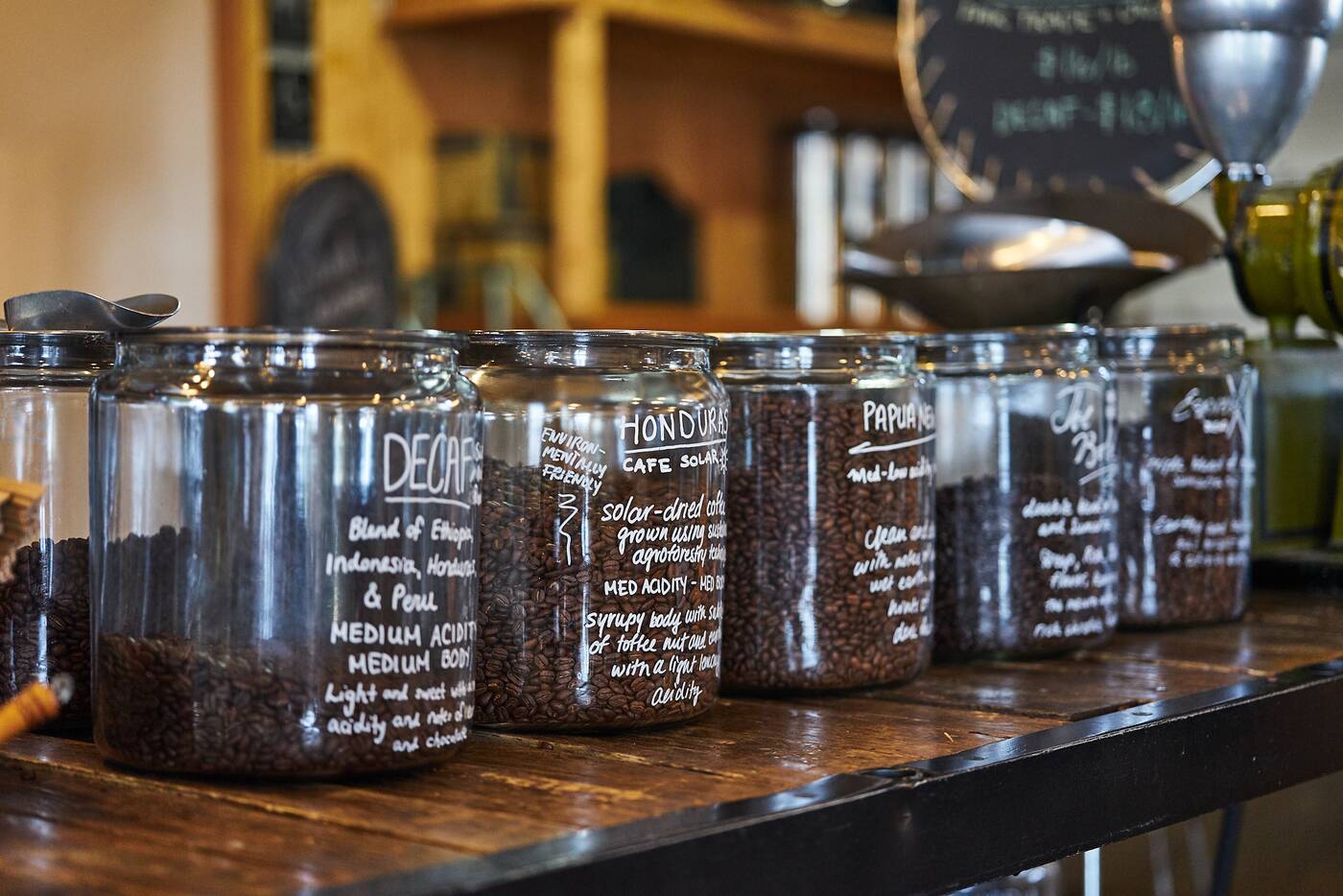 There’s two rules of thumb for fresh coffee at Merchants: one is that coffee should be consumed within seven days of roasting the bean; the second is that beans only stay fresh within three hours of grinding. 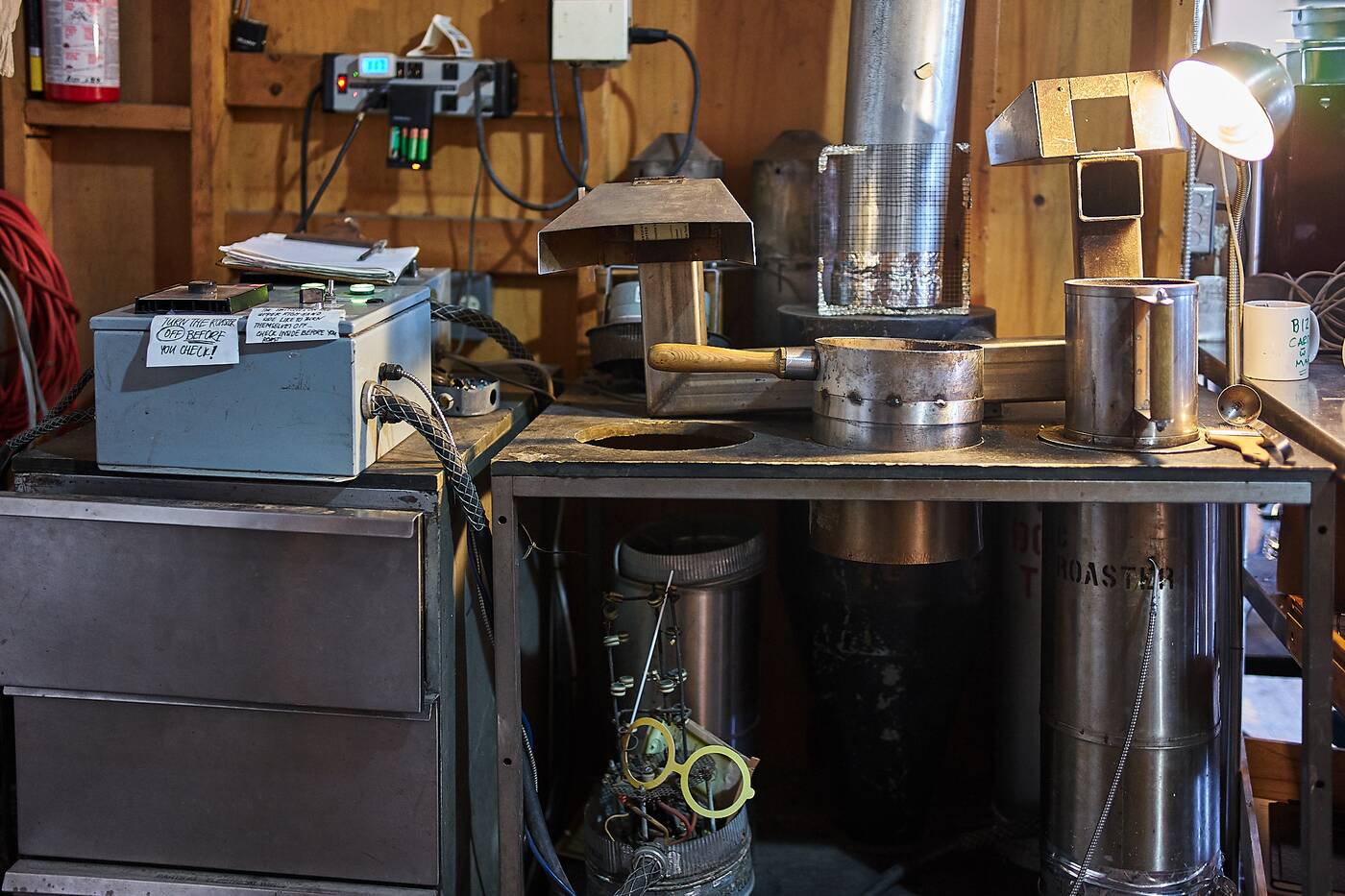 The point of buying beans raw is that you can roast them at home, then grind them immediately for ultimate freshness. But you can also have them roasted here onsite for an extra $5. 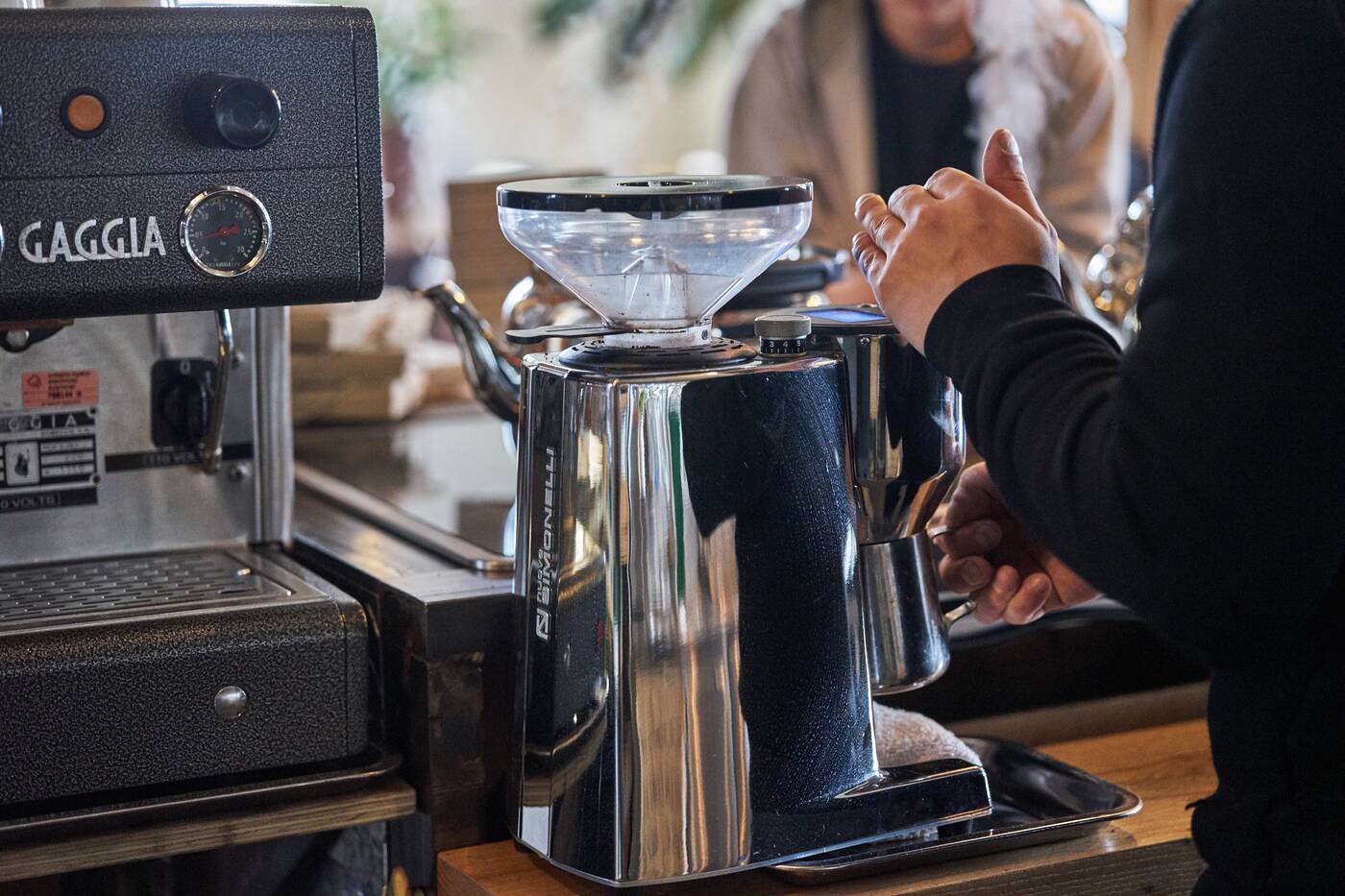 As for roasted beans, Merchants typically has about eight to ten single origin and blended beans, pre-roasted twice a week local partners like Velvet Sunrise. It’s offered for $16/lb. 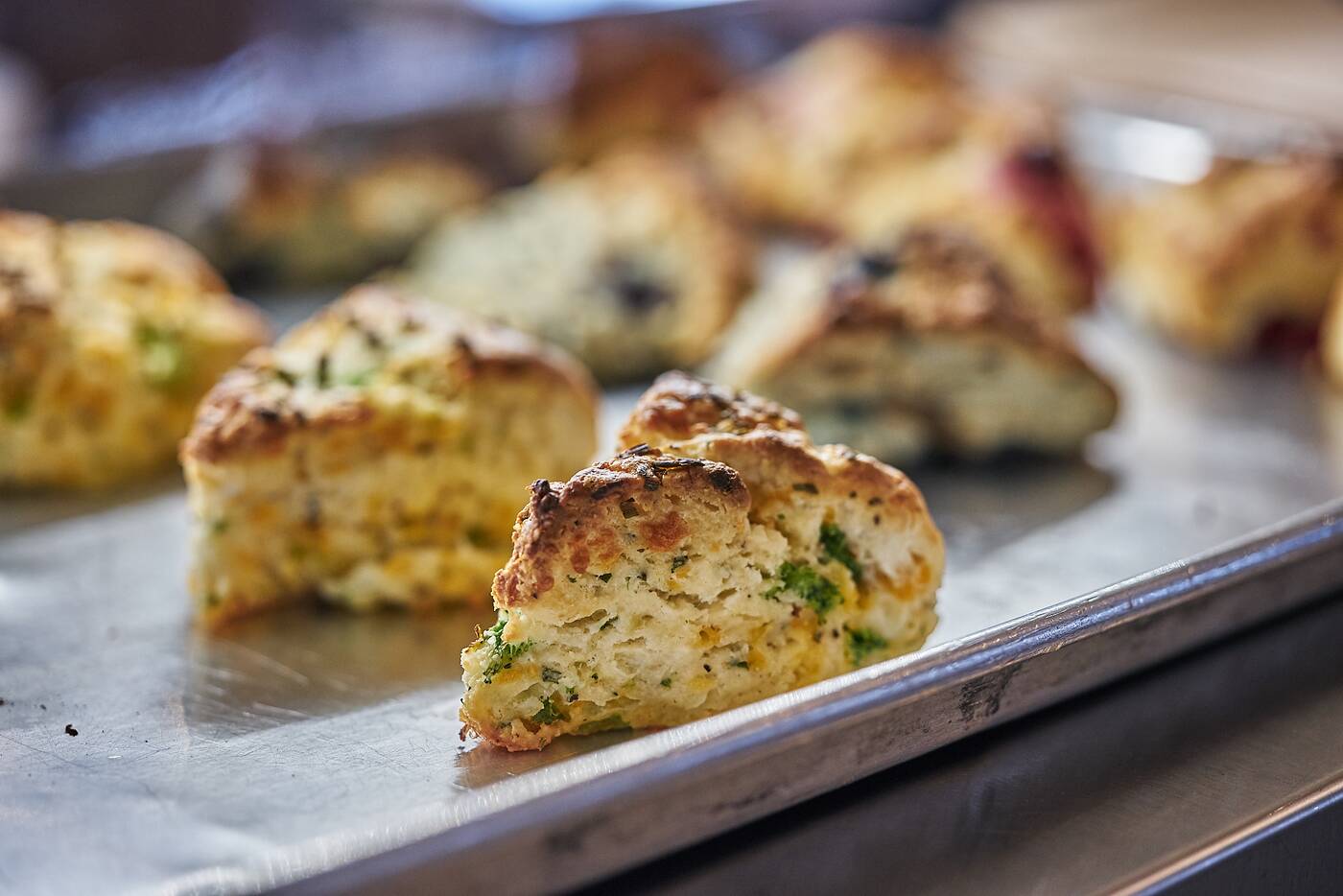 Among those roasts is their flagship coffee, Cafe Solar, a program managed by a women’s co-op in Yoro, Honduras, currently pioneering a form of solar-dried coffee, to replace the less sustainable method of wood-drying beans. 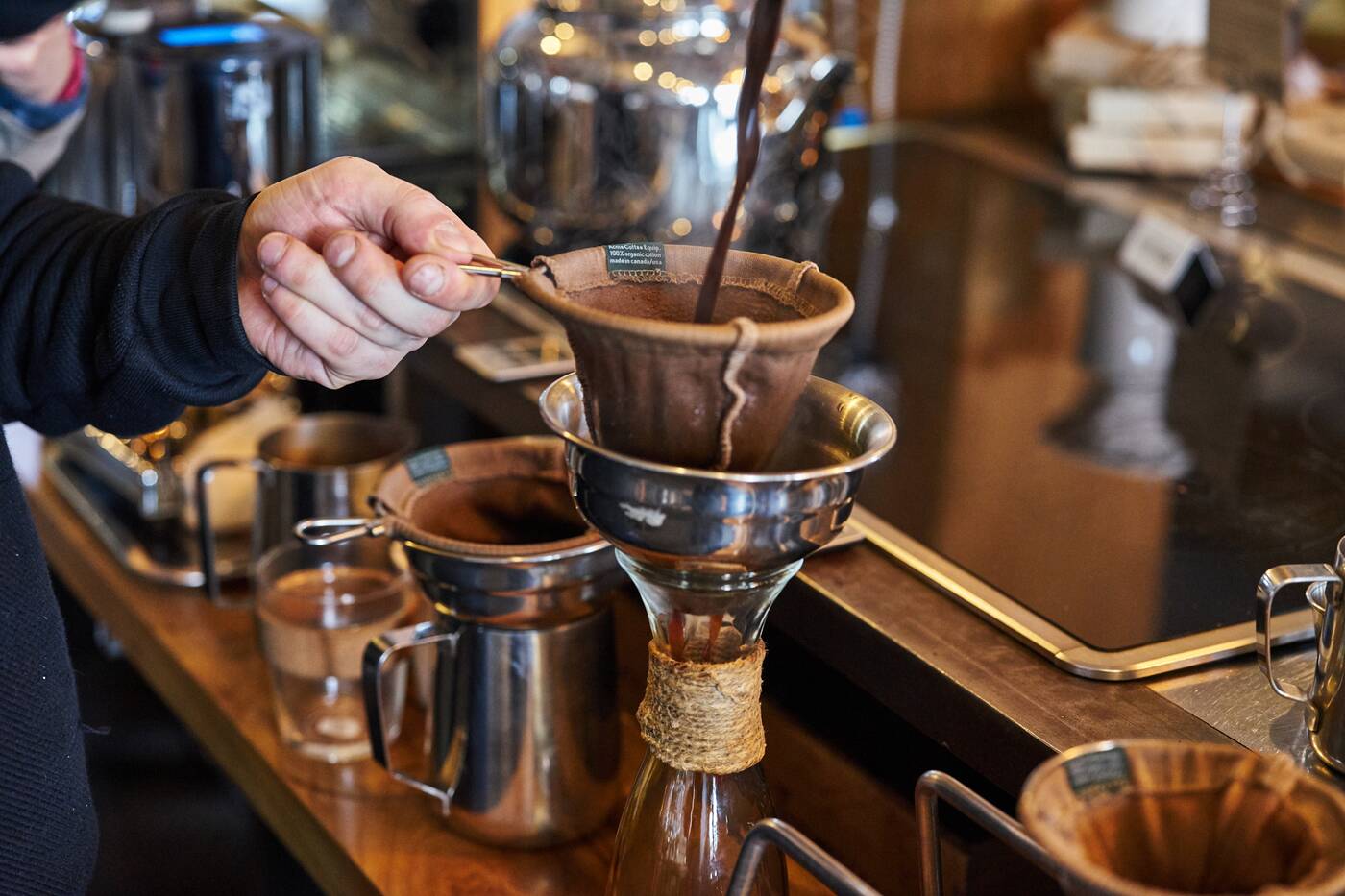 The Merchants’ brewing method includes grinding the coffee first, filtering your bean of choice through organic cotton filters that are actually reusable, then steeping for full extraction. 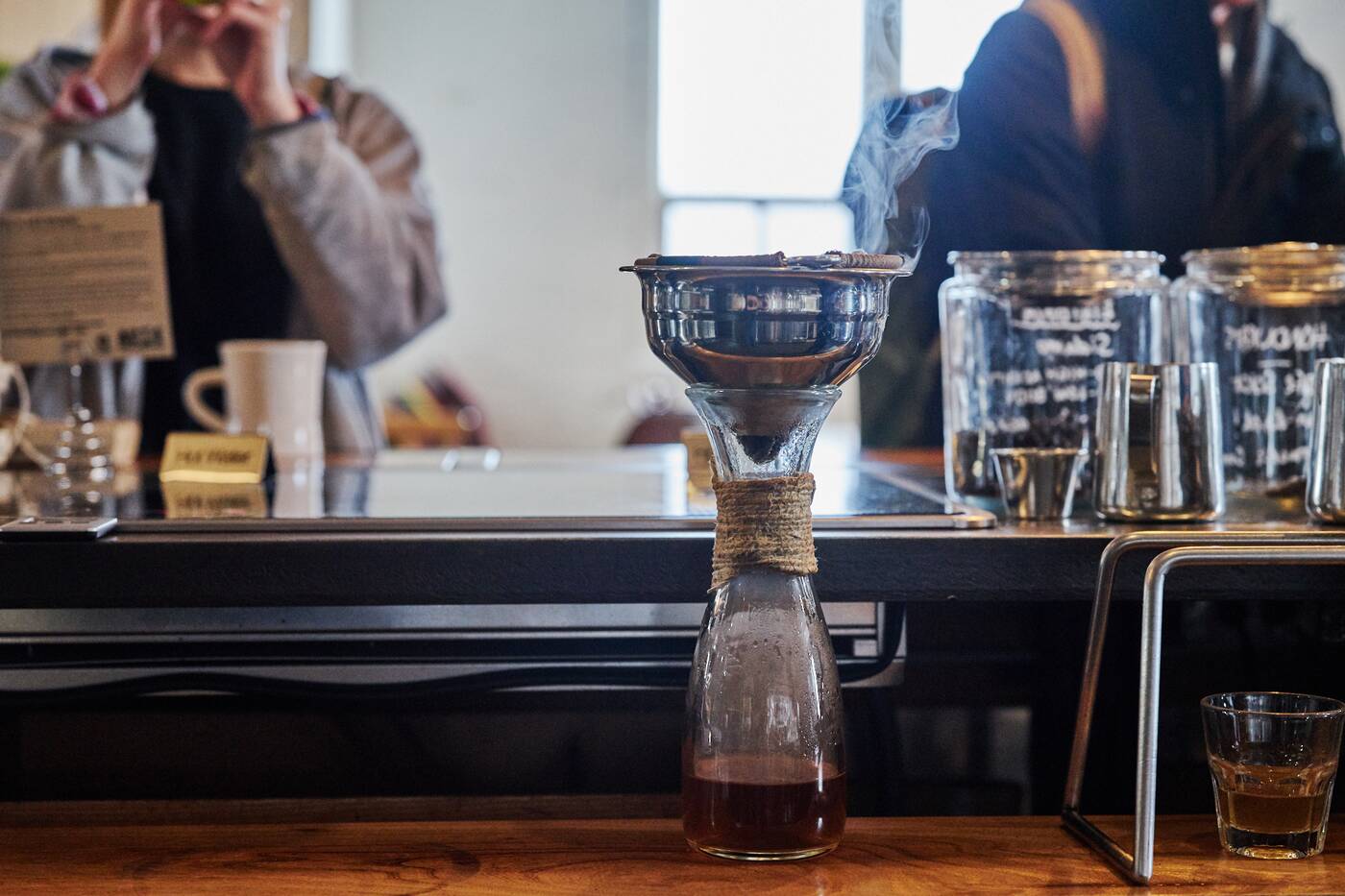 It’s $3.25 for a regular cup. But if you plan on posting up in the cafe for a while—the large wooden tables here are highly conducive for working—you might want some extra caffeine via a half litre ($5.75) or full litre ($8.75) of brew served in a carafe. 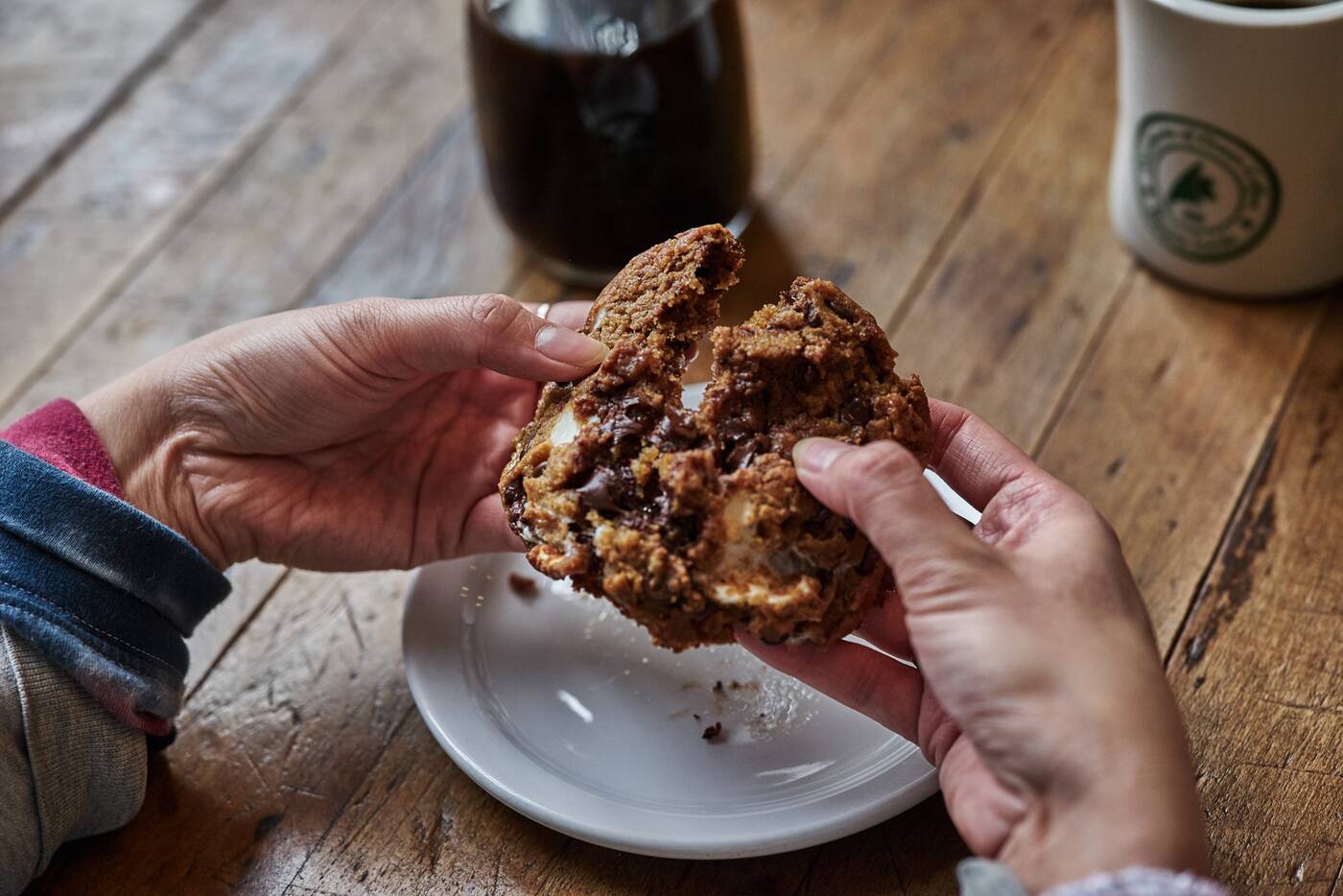 The half litre alone has 20 grams of caffeine in it, so it makes sense to get a snack with it, including a phenomenal cheddar broccoli scone via Front Door Bakery or vegan s’mores from Sweets of the Earth. 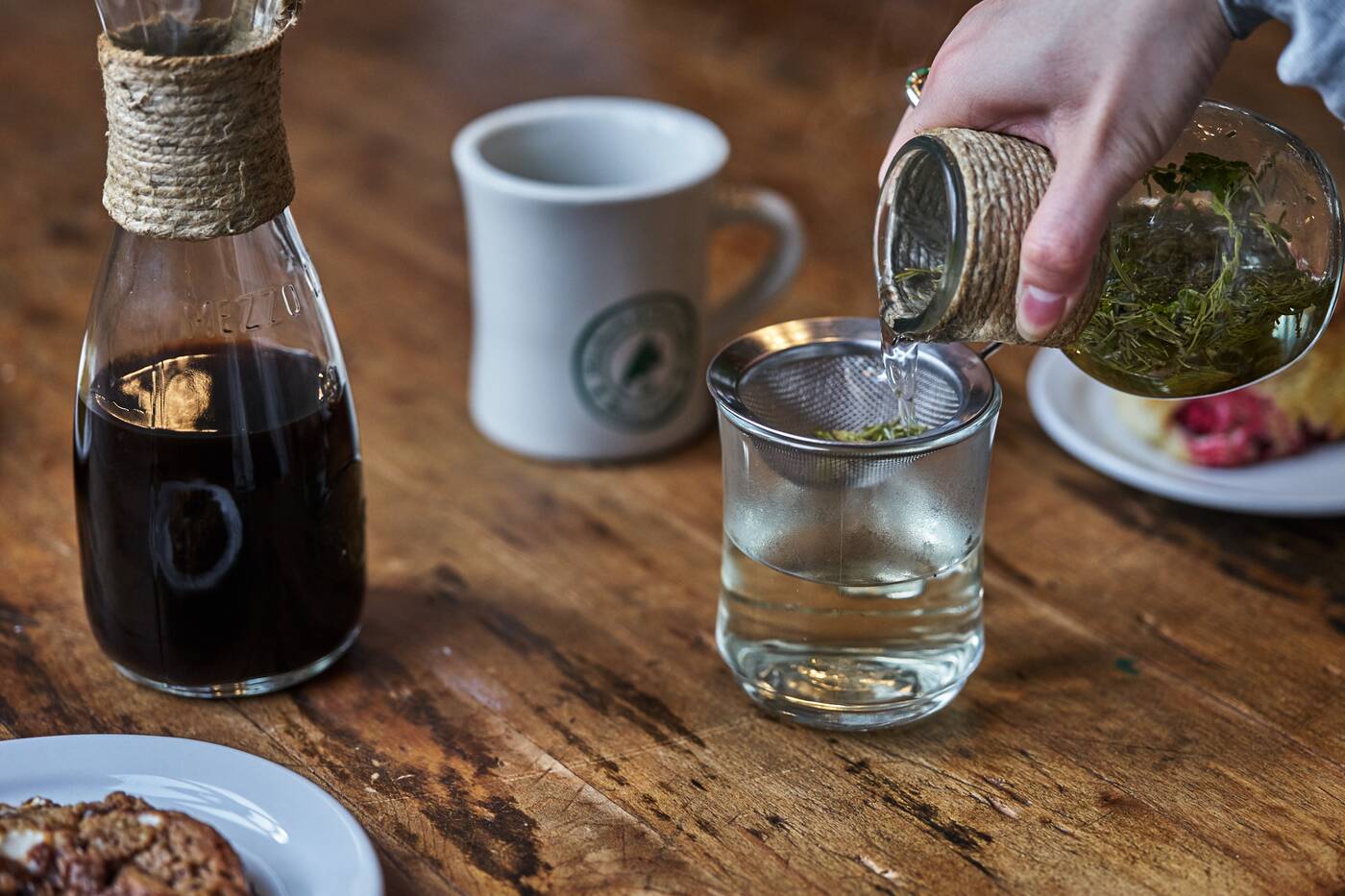 If you’re looking for something milder on the nerves, Merchants also has a signature Evergreen Tea that I highly recommend. 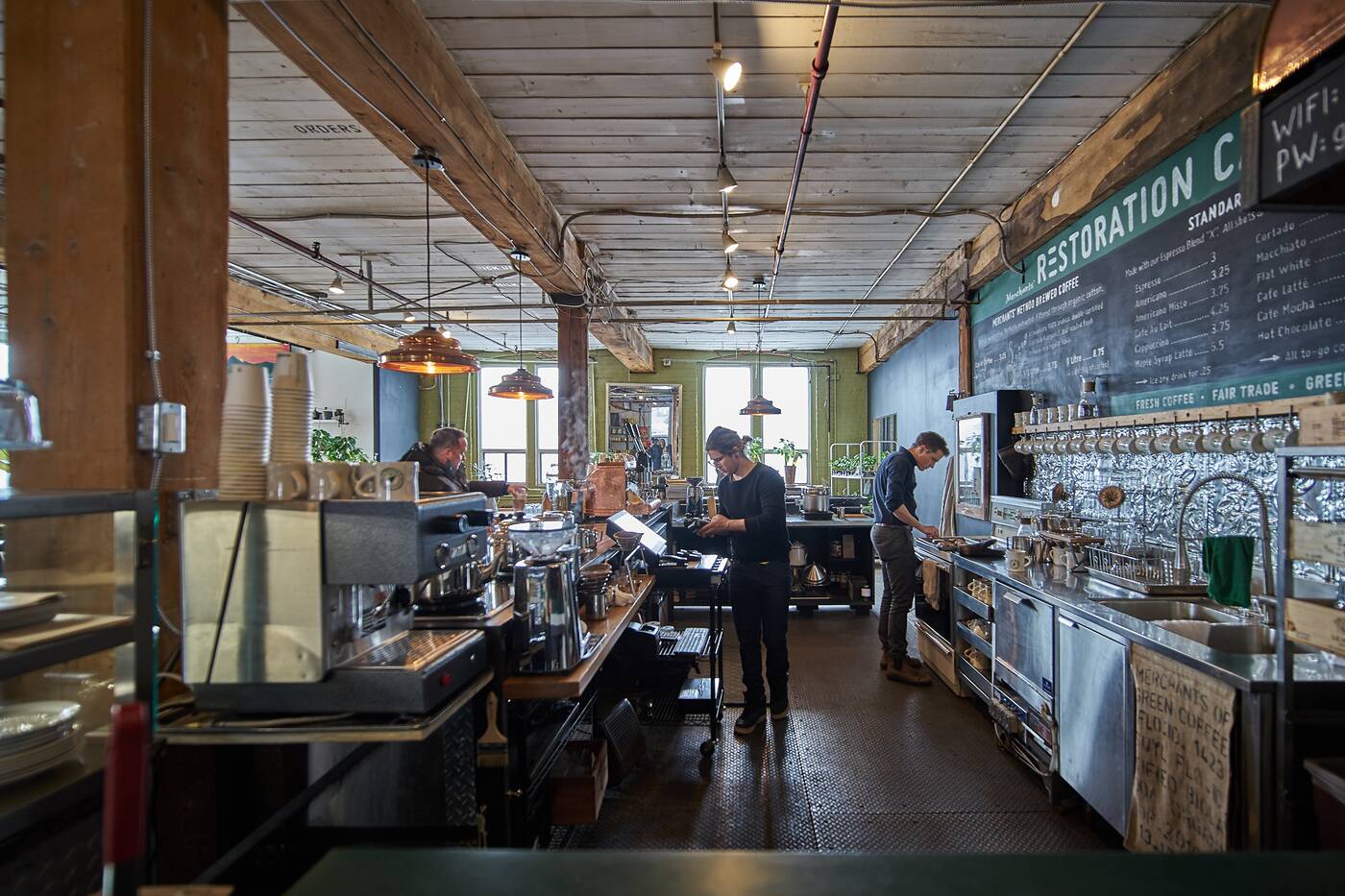 Locally sourced and organic pine needles and leaves from evergreen trees come via New Brunswick for the most incredible-smelling brewed tea I’ve ever had. 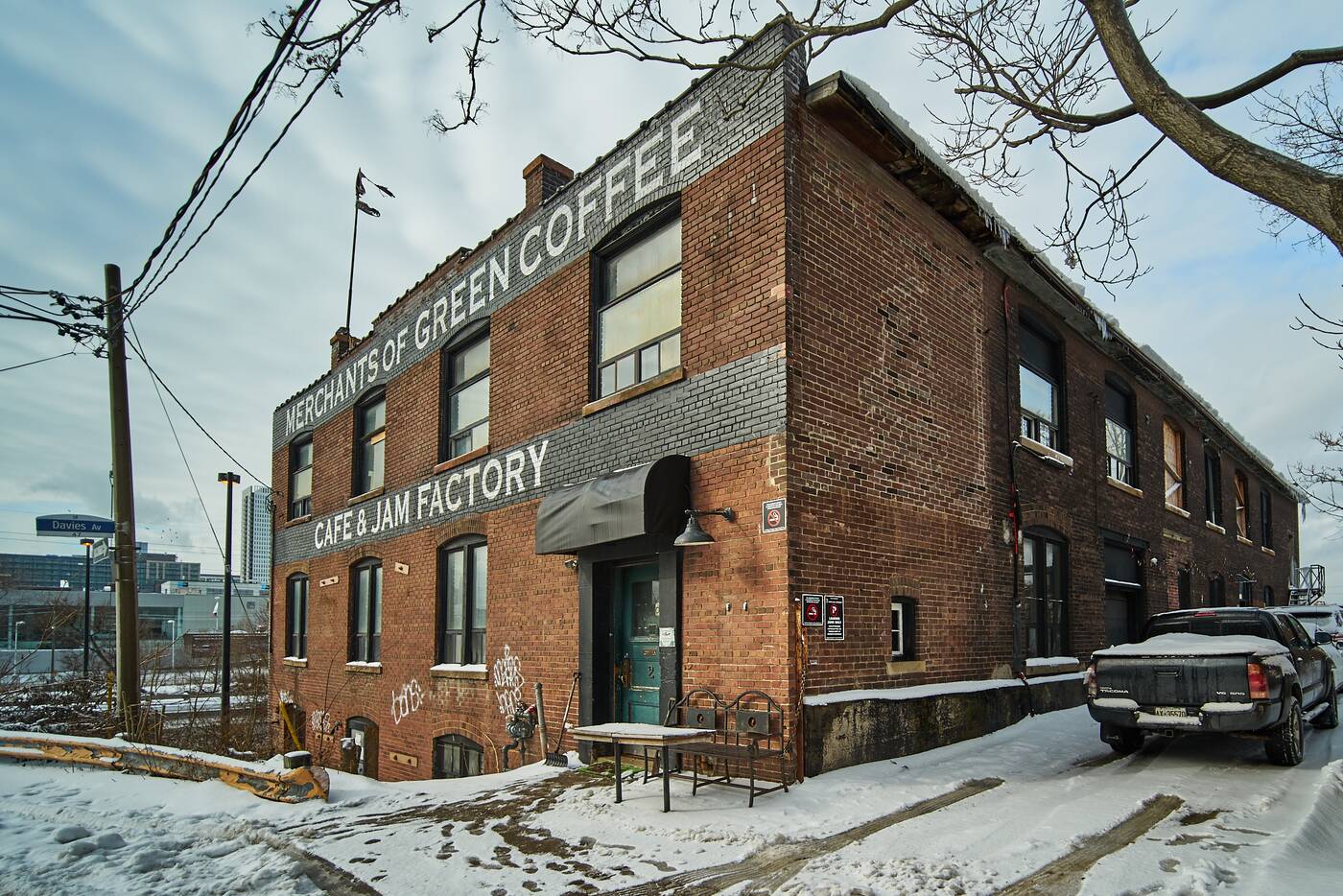