Marvel Coffee opened just steps from the Donlands subway station, bringing some fine coffee and treats to your TTC travels, or a stroll on that stretch of the Danforth. You can notice it as you exit the subway by the bright mural along the side.

Inside it comes off calm, cool and collected. They've picked up the grey and white tones of the marble countertop and used the colours as paint for the walls, subtly expanding what is essentially a smallish space, with a couple of seats and a high bar running along the window, plus two tables with chairs outside creating a nice makeshift patio. 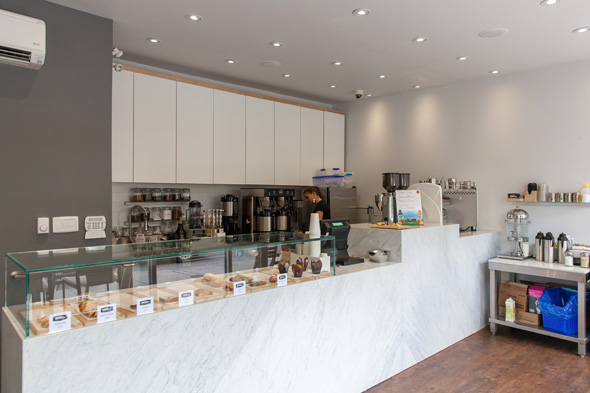 They make several of their baked goods in-house, like the almond croissants ($2.00), the strudels and the scones, and they are great accompaniments to the coffee. 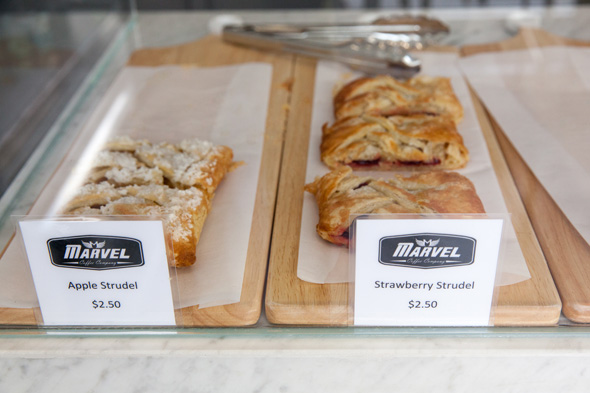 I partook of a cranberry scone ($2.65) and found it slightly sweet, not to dry and studded with lots of cranberries. They also carry brownies ($2.75), quick bread loaves cut in slices (like lemon) for $2.25 and some of those prevalent tulip muffins. 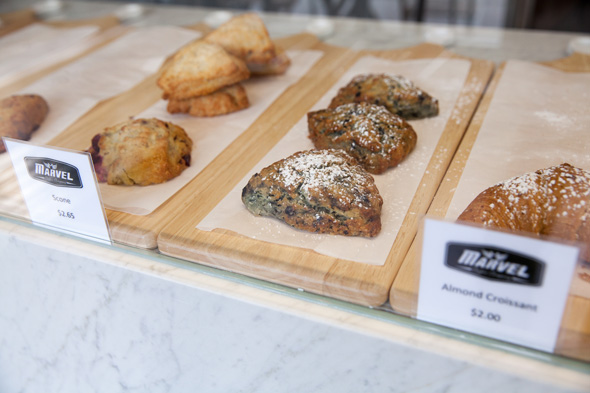 As for coffee, they use a sleek white Reneka machine and Social Coffee co beans to make their rather delicious Americanos - the crema thick, with a smooth body and overall great cup. 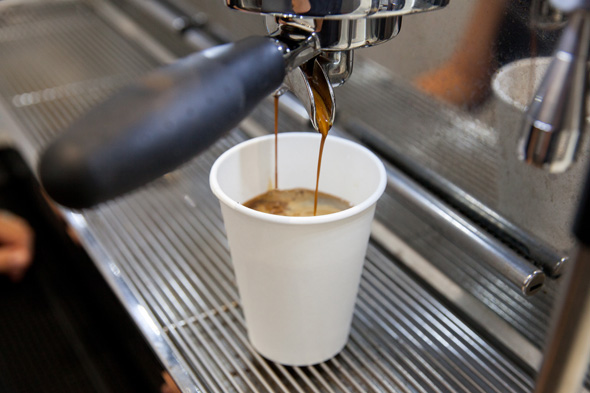 I don't know why, but I was kind of surprised. I imagined a coffee shop so close to the opening of the subway might be more like a Coffee Time and pander to busy commuters too rushed to notice the bitter sludge in the cup. 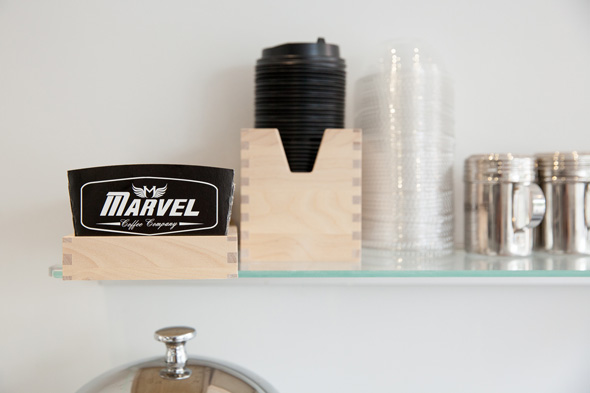 Marvel does accommodate the travellers, there is plenty of take-away baked goods, some tetra-pack Zico coconut water and Odwalla smoothies juices to grab, but they've really paid close attention to the coffee, making each cup, whether 'for here' or 'to-go', a stellar cup of Joe. As they as just recently opened, the full marvel of Marvel Coffee has yet to be felt but so far it promises good things. 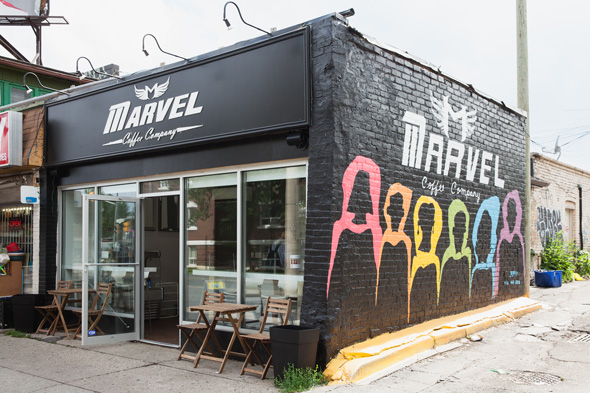