Little Havana Cafe y Bodega started as a cafe on wheels and now has a physical spot for their Cuban coffees that doubles as a Latin-inspired gift shop.

Joshua English and Monica Mustelier began the mobile coffee shop in 2017, frequenting farmers' markets and food truck events in Toronto with their vintage caravan. Though it wasn't long before film and TV catering took all of their business. 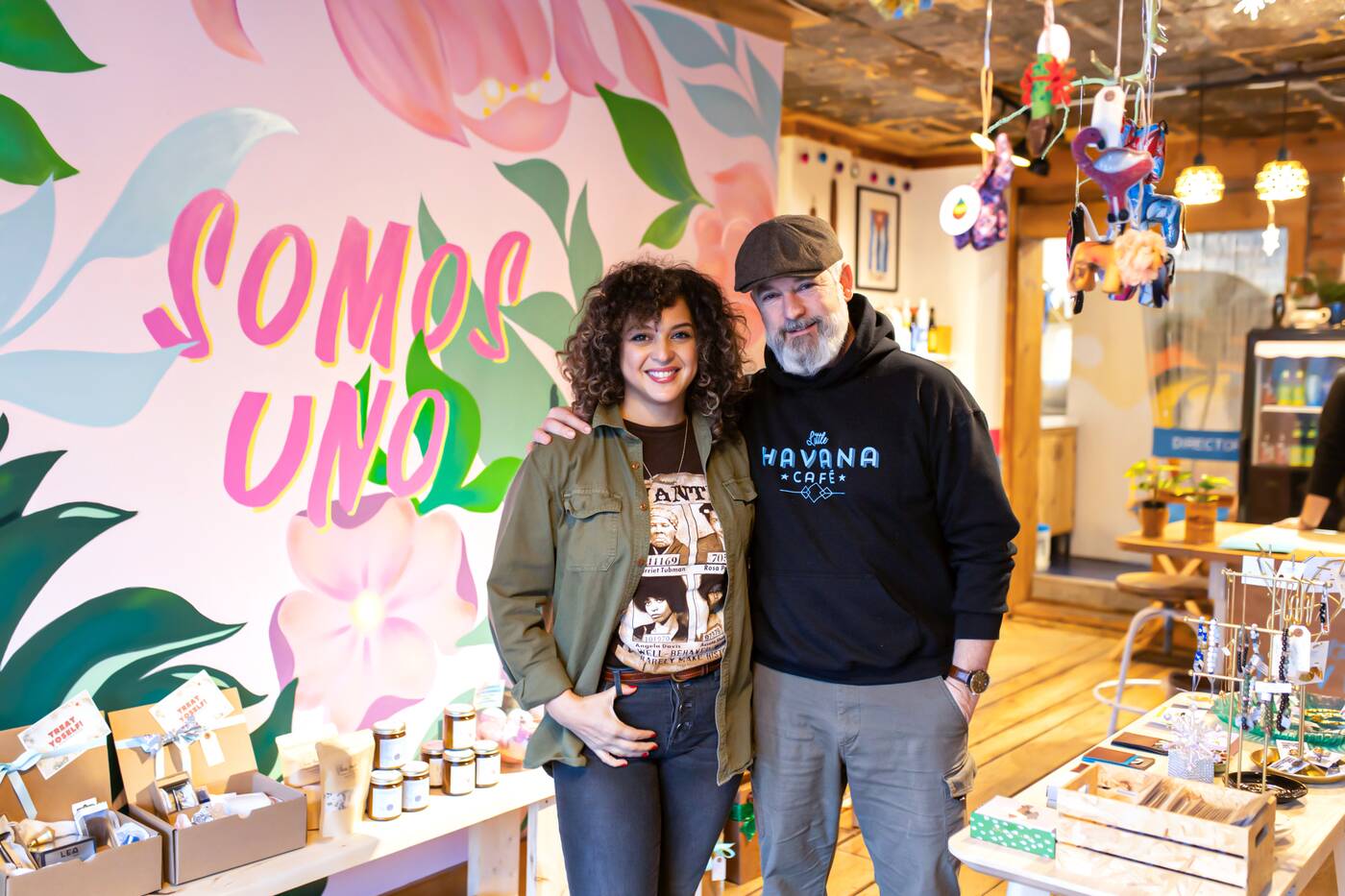 As the premier coffee catering for film and TV in the city, they've been on set for just about anything shot in Toronto in the last few years. The Handmaid's Tale, Kim's Convenience, IT: Chapter 2 and Working Moms are all on their resume.

When lockdowns ramped up business even more, a home base where everyone could grab a Cuban sip seemed like a good idea. 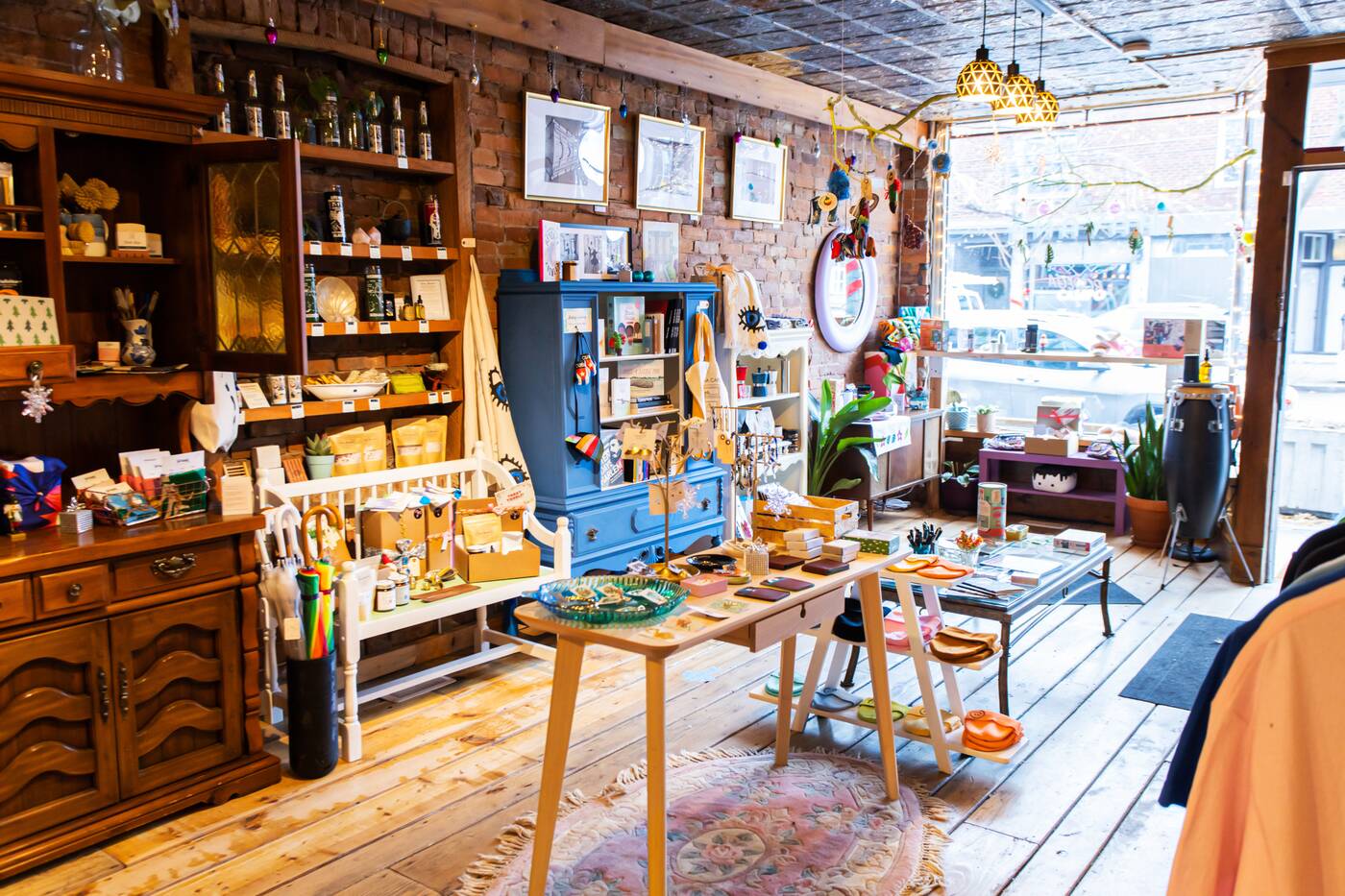 The exposed brick and tin ceiling gave off major New York bodega feels, so Mustelier decided to also fill it with all of her favourite things from both local and non-local vendors. 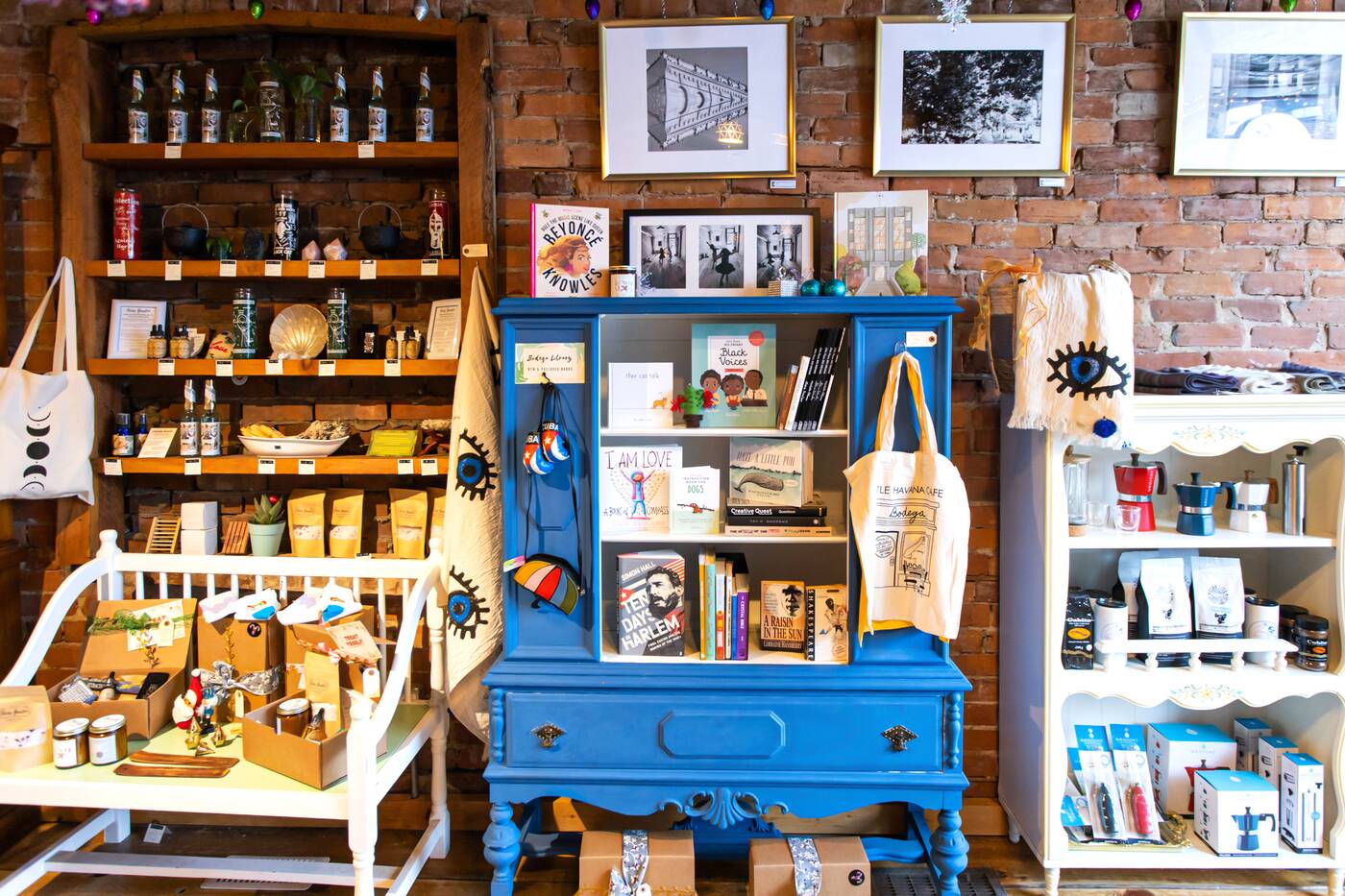 English and Mustelier renovated the space themselves with 17 gallons of paint, repurposed wood, and what Mustelier likes to call her sidewalk treasures. The tropical mural that translates to "we are one" was done by Toronto artists Matt Paxton and Michaela Buchanan. 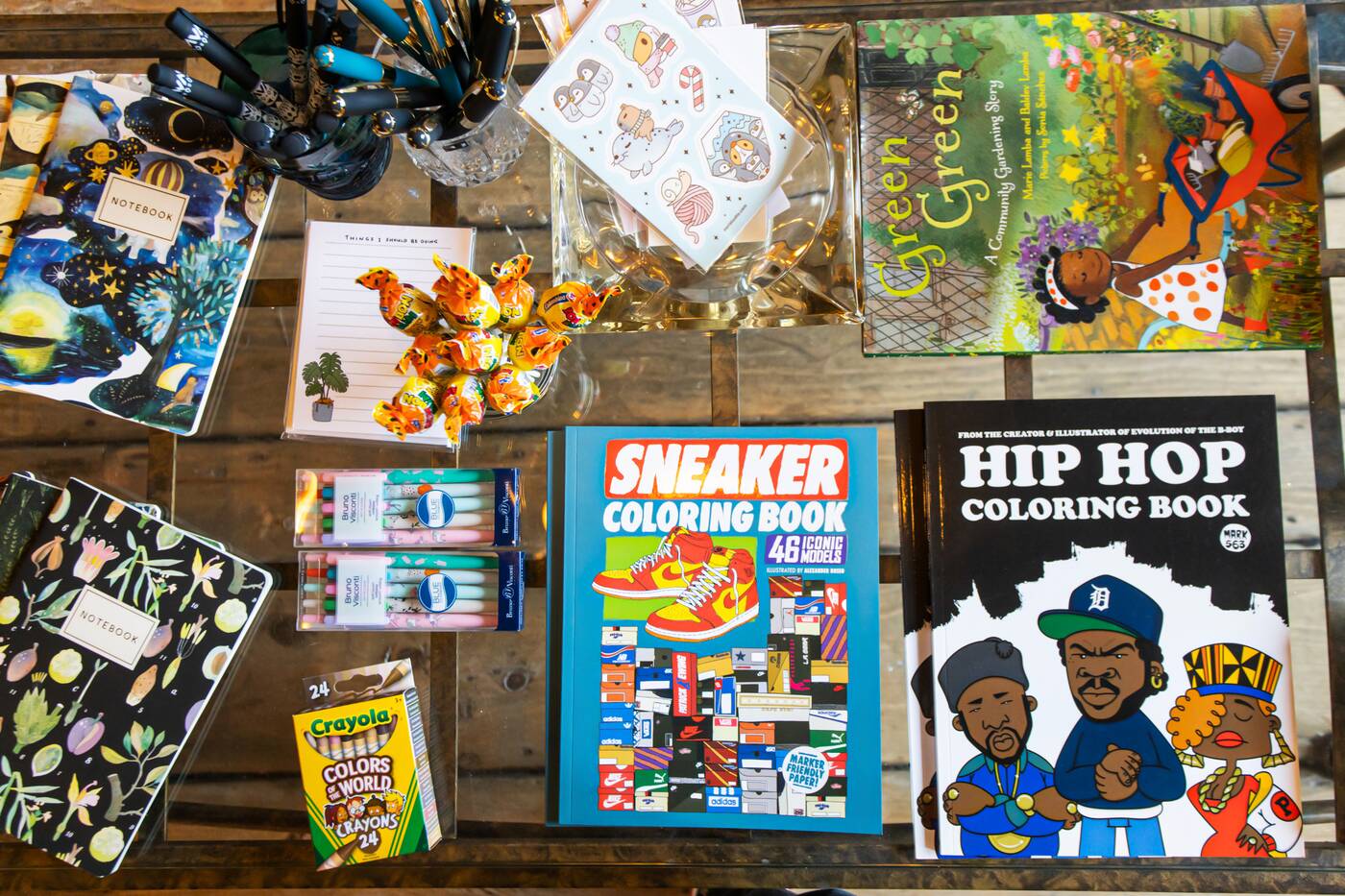 All of the items in-store have Latin, Caribbean, Indigenous or local significance and mostly all of it is sourced from small batch BIPOC folks, women, LGBTQ+ or Canadian-owned businesses. 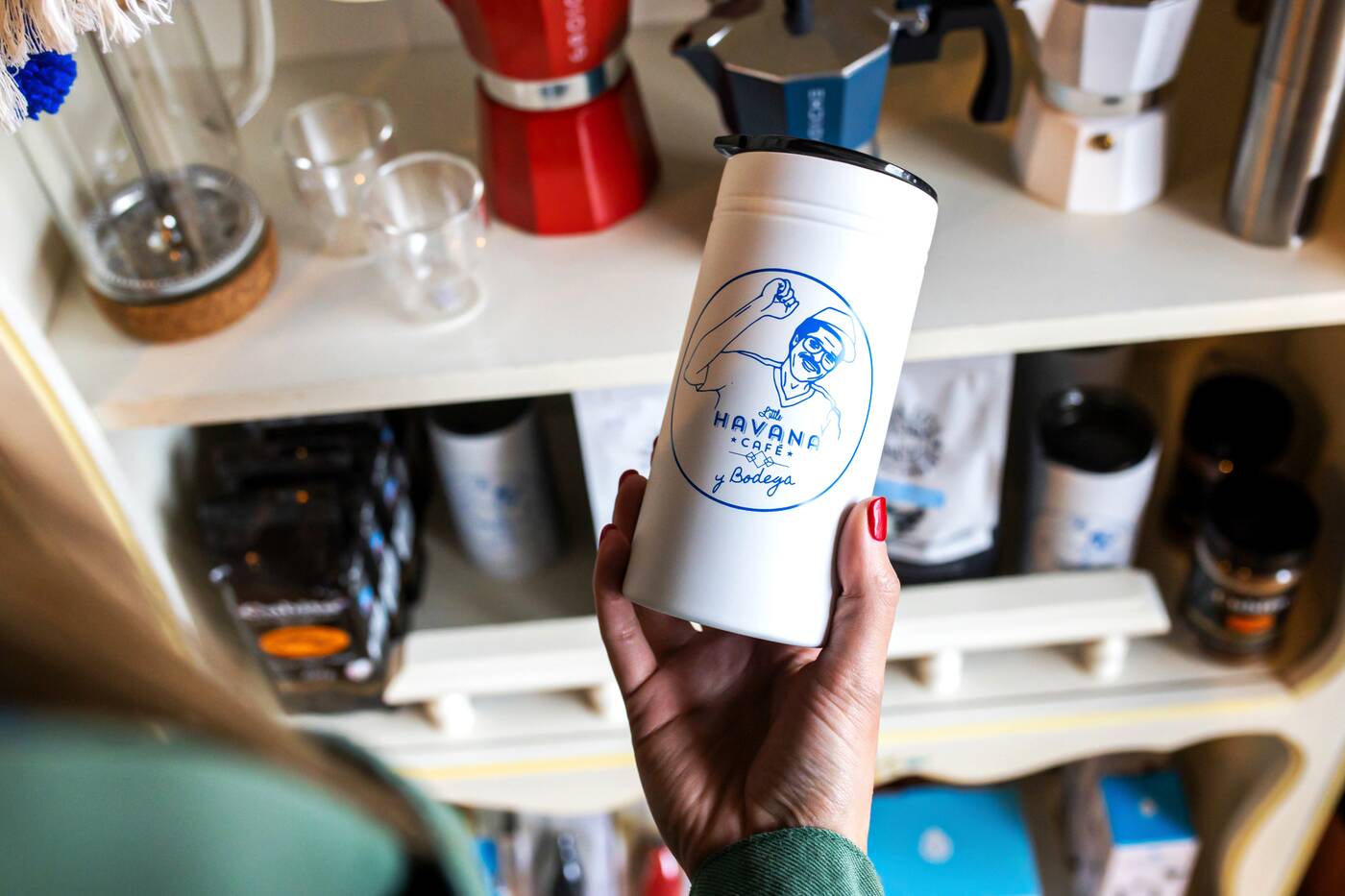 They've partnered with Amigo Skate and a portion of every purchased Cubita product goes to support a Cuba-wide skateboard trip founder, Rene Lecour will be taking in the spring to raise money for at-risk Cuban youth.

You also get your first drink at the cafe free if you buy one of the papi travel tumblers and an eco discount each time you use it. 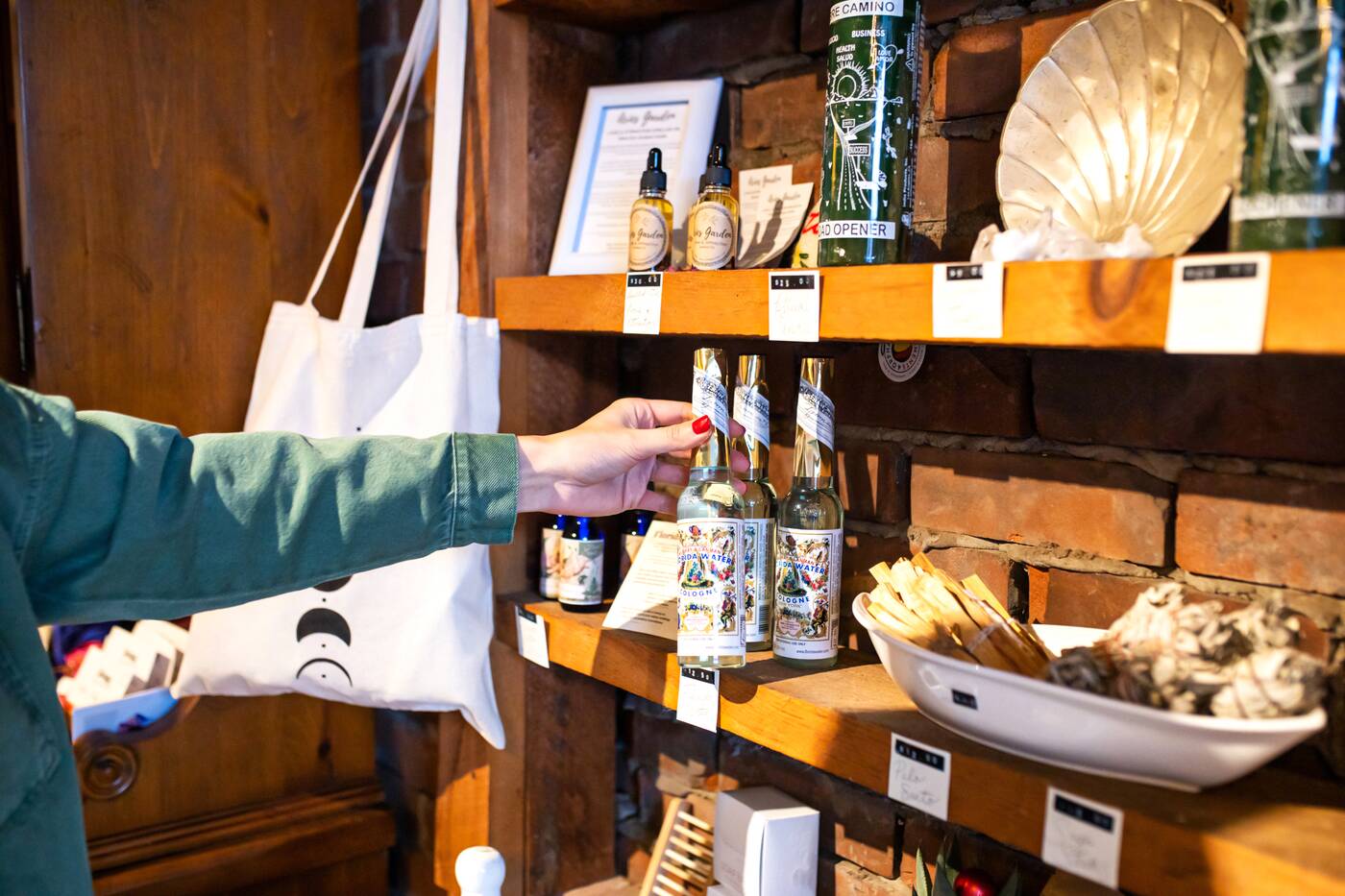 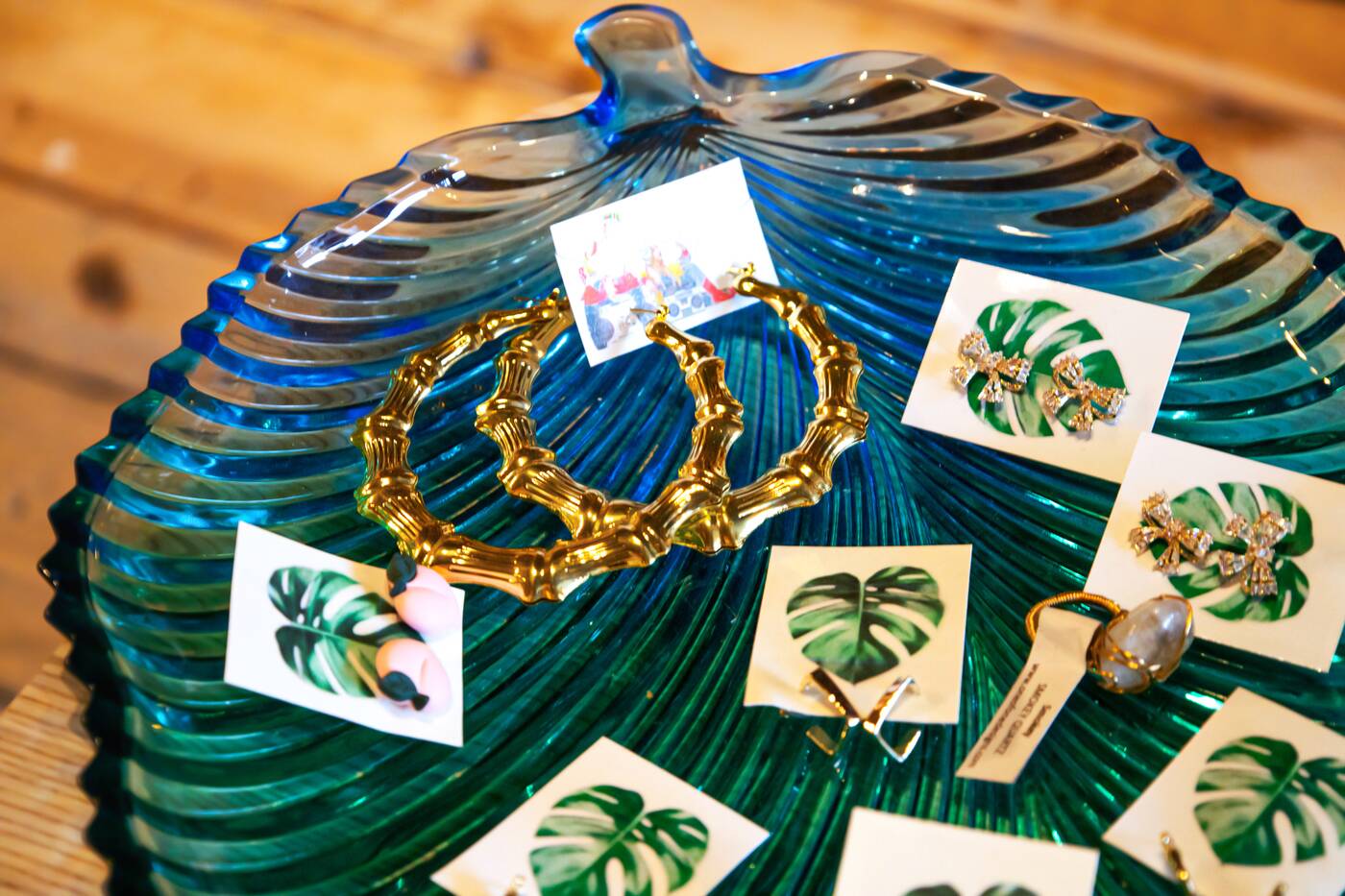 There are repurposed watch lapel pins and beaded bracelets from the local One of One Designs. Simple, unique necklaces and earrings are from Admiral Row, which is run by a Black female designer in Atlanta. 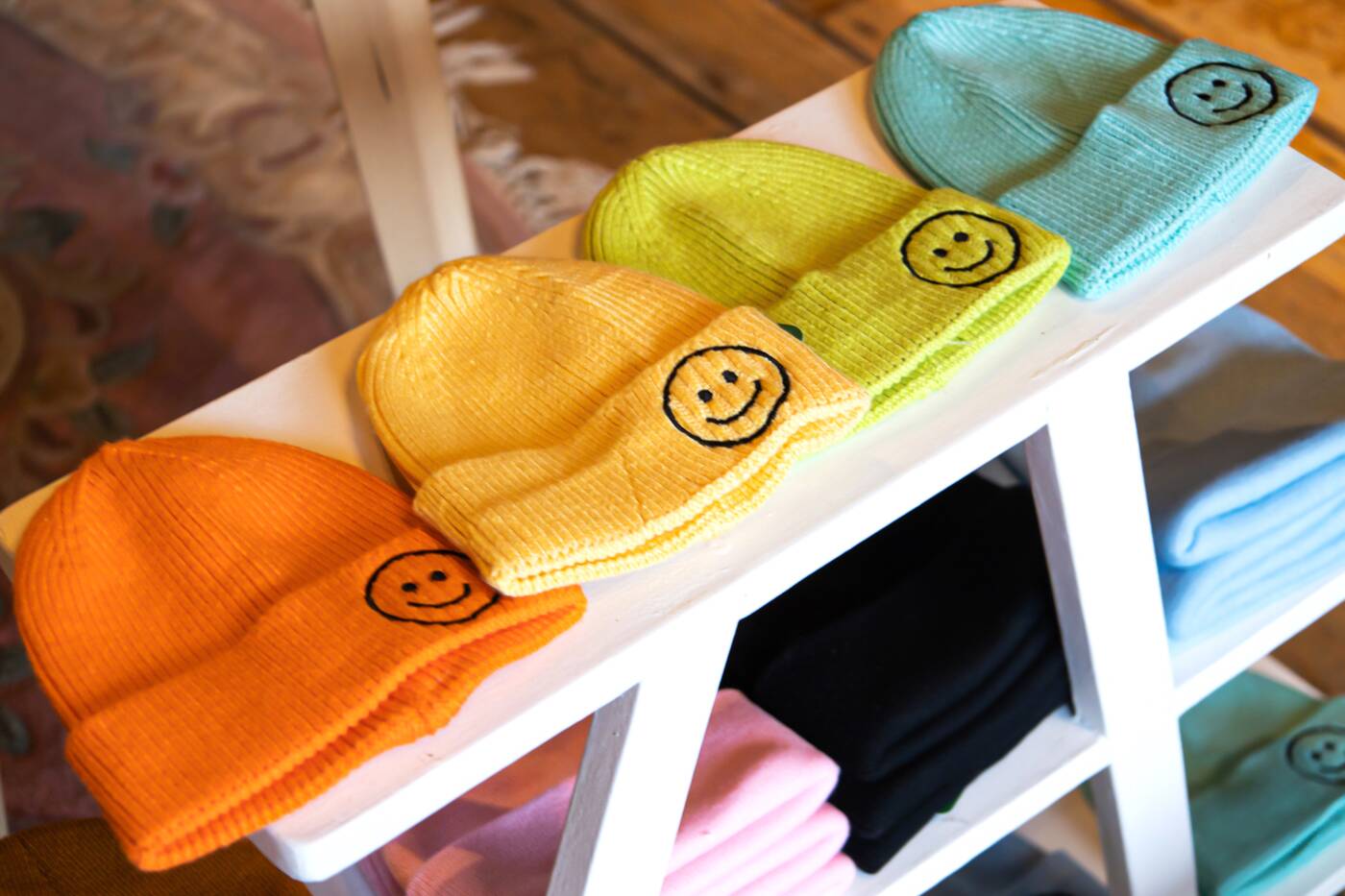 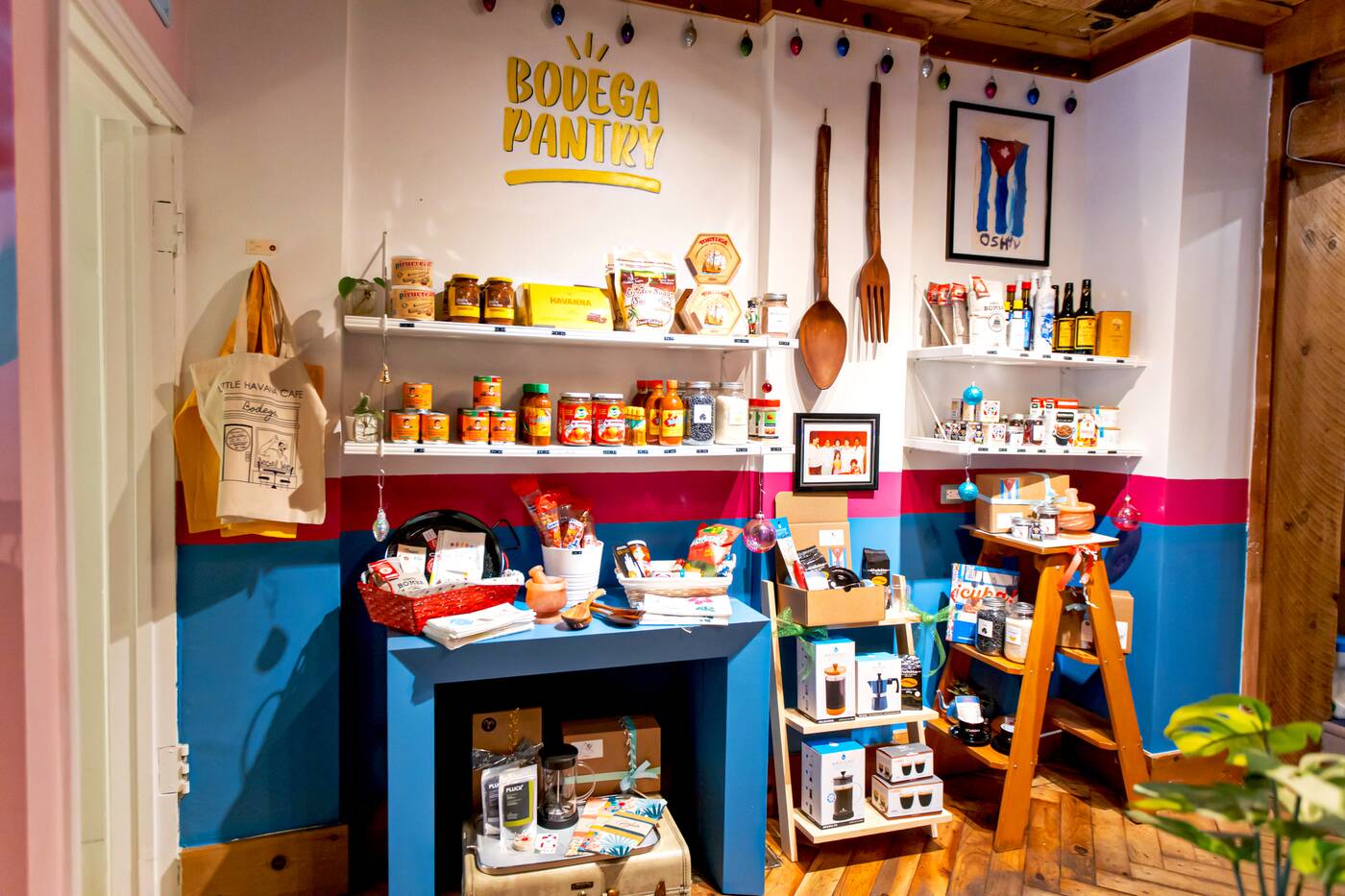 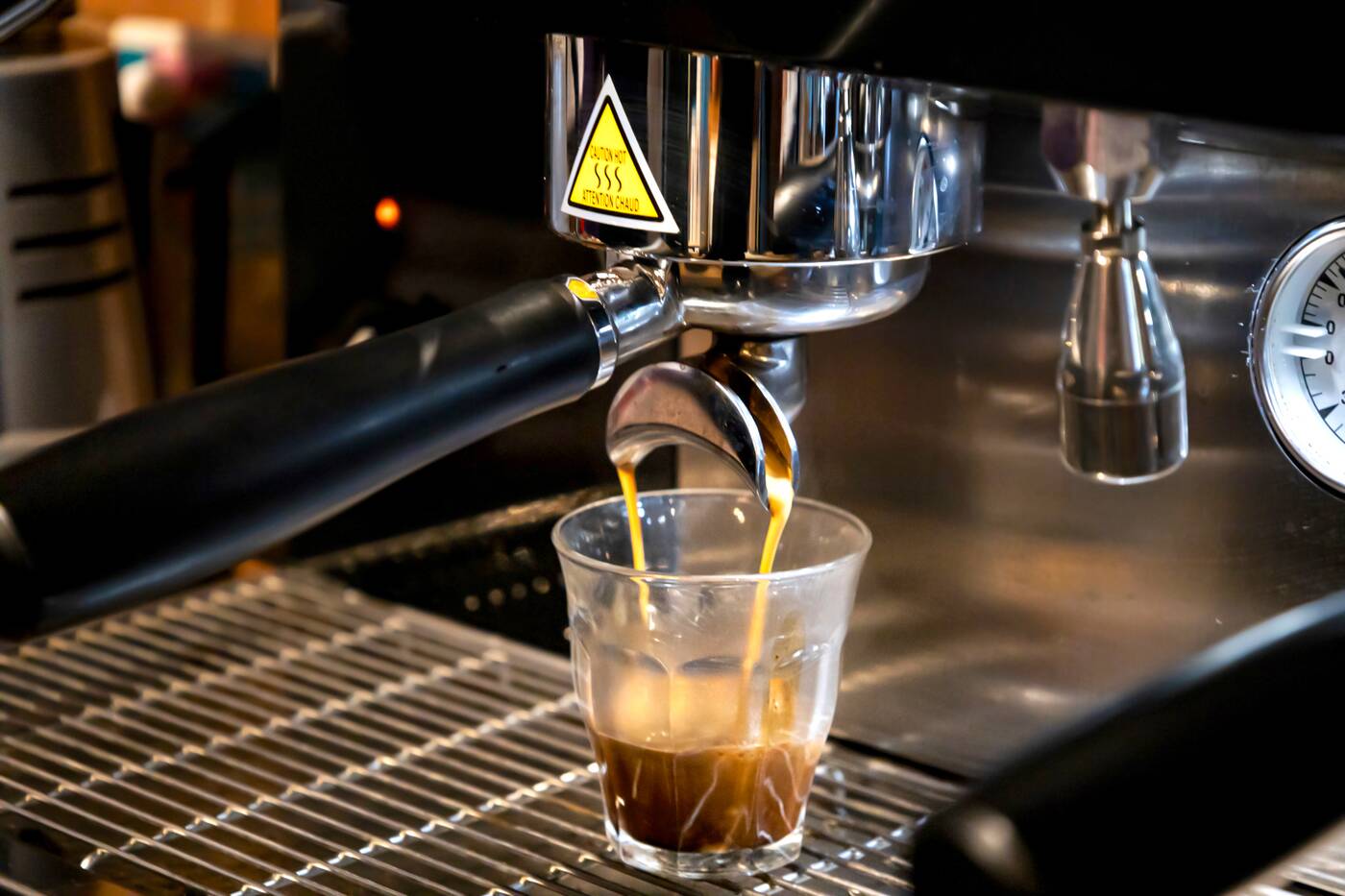 The coffee shop was inspired by Mustelier's Papi Marcelo, who left Havana during the Cuban Revolution to go to Miami. Back in Cuba, he owned a coffee shop and Mustelier remembers spending time with him in Cuban cafes in Miami's Little Havana, him sipping on cafecito.

Mustelier and English still pour a cup of Cuban espresso sweetened with whipped and caramelized cane sugar every morning for her late Papi. 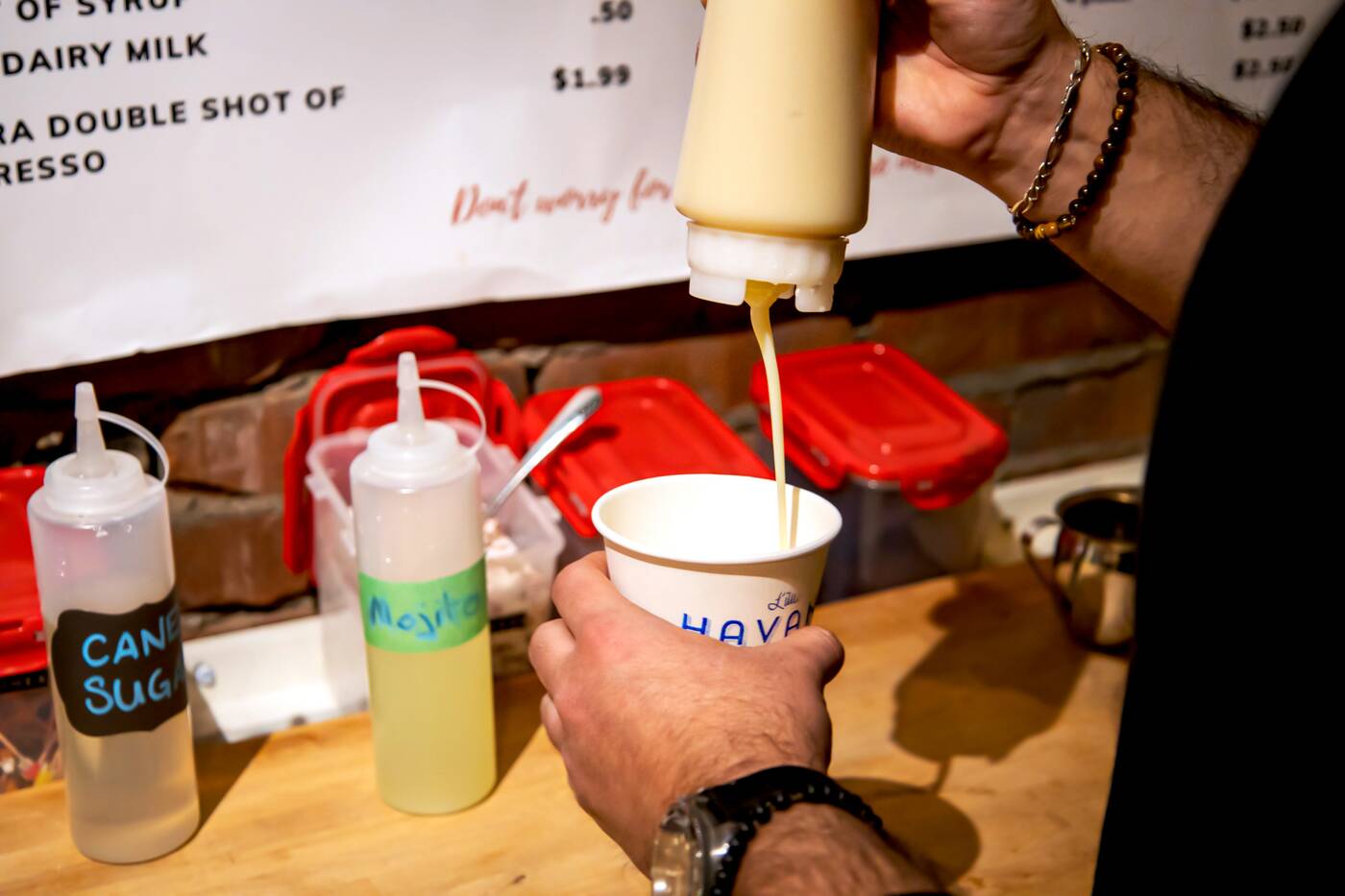 Old family recipes are on the coffee menu like the double-shot cafe bon bon, which is essentially a Cuban spin on the Vietnamese coffee with condensed milk and microfoam. 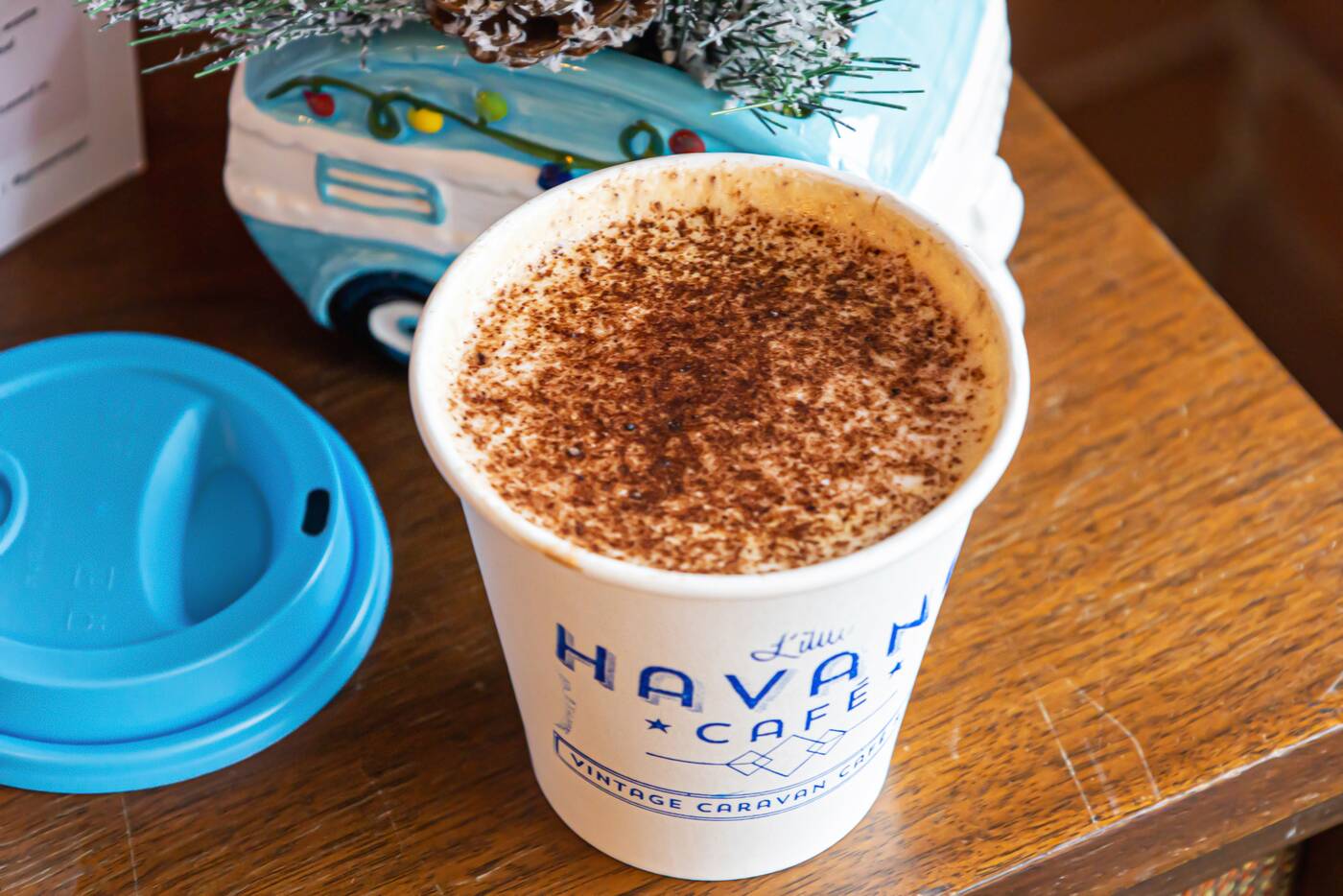 Two shots of strong espresso from a local dark roast replicate a Cuban coffee blend and balance the added sweetness from the condensed milk while the foam makes for a frothy, smooth texture. 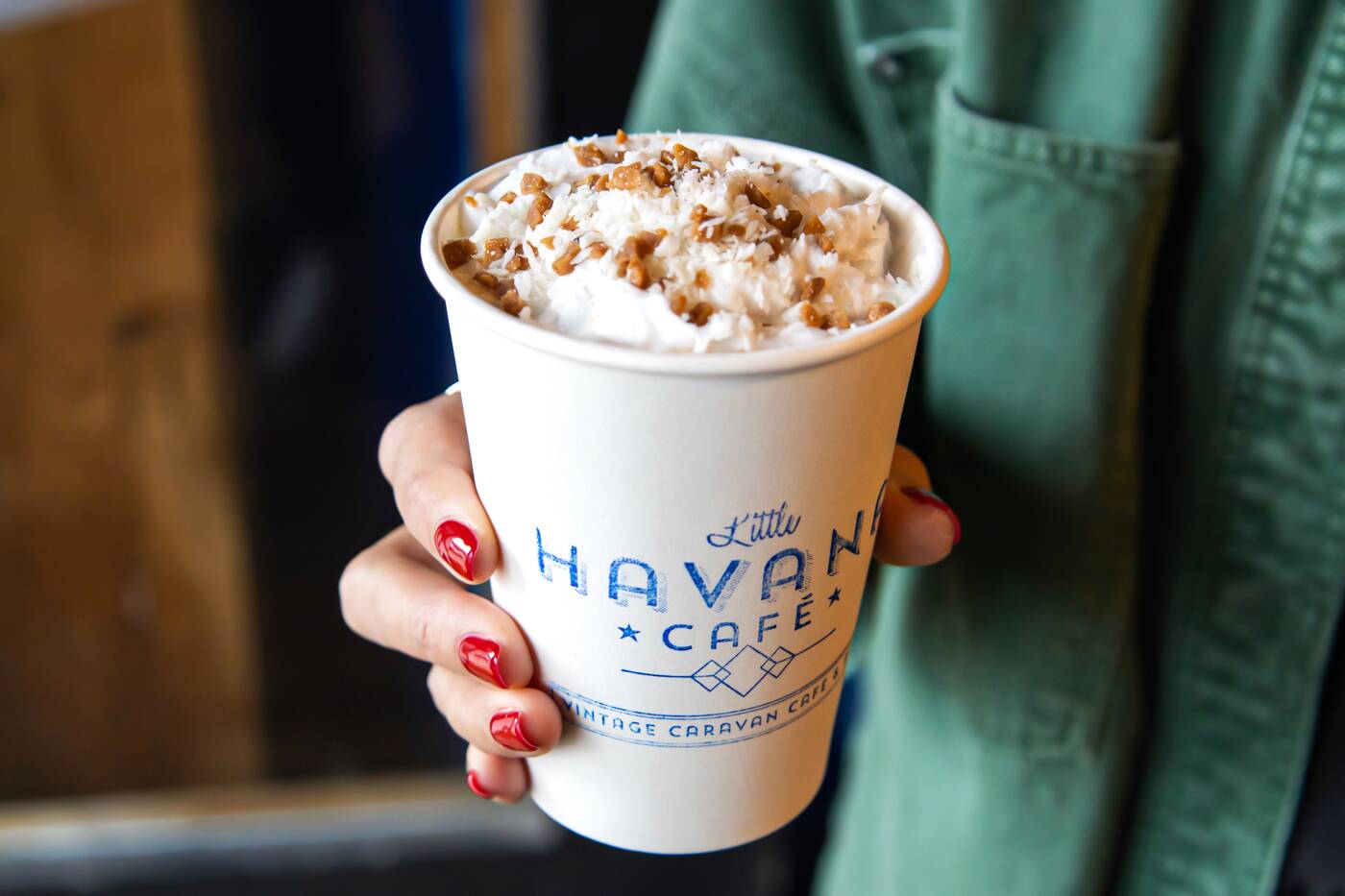 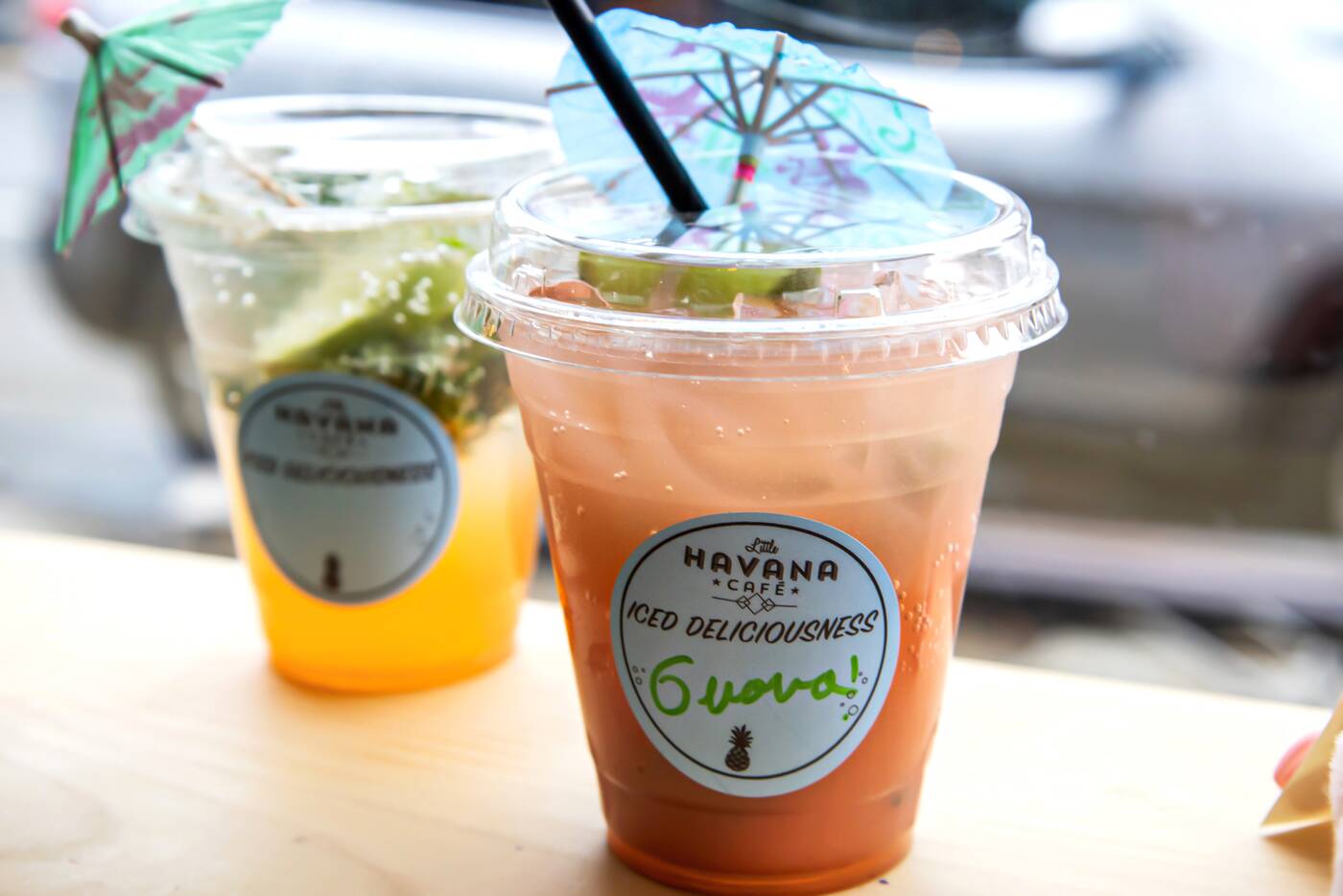 There are also refreshing nojito mojitos, one is your regular mojito and another gets the welcome addition of guava alongside mango, pineapple and lime. 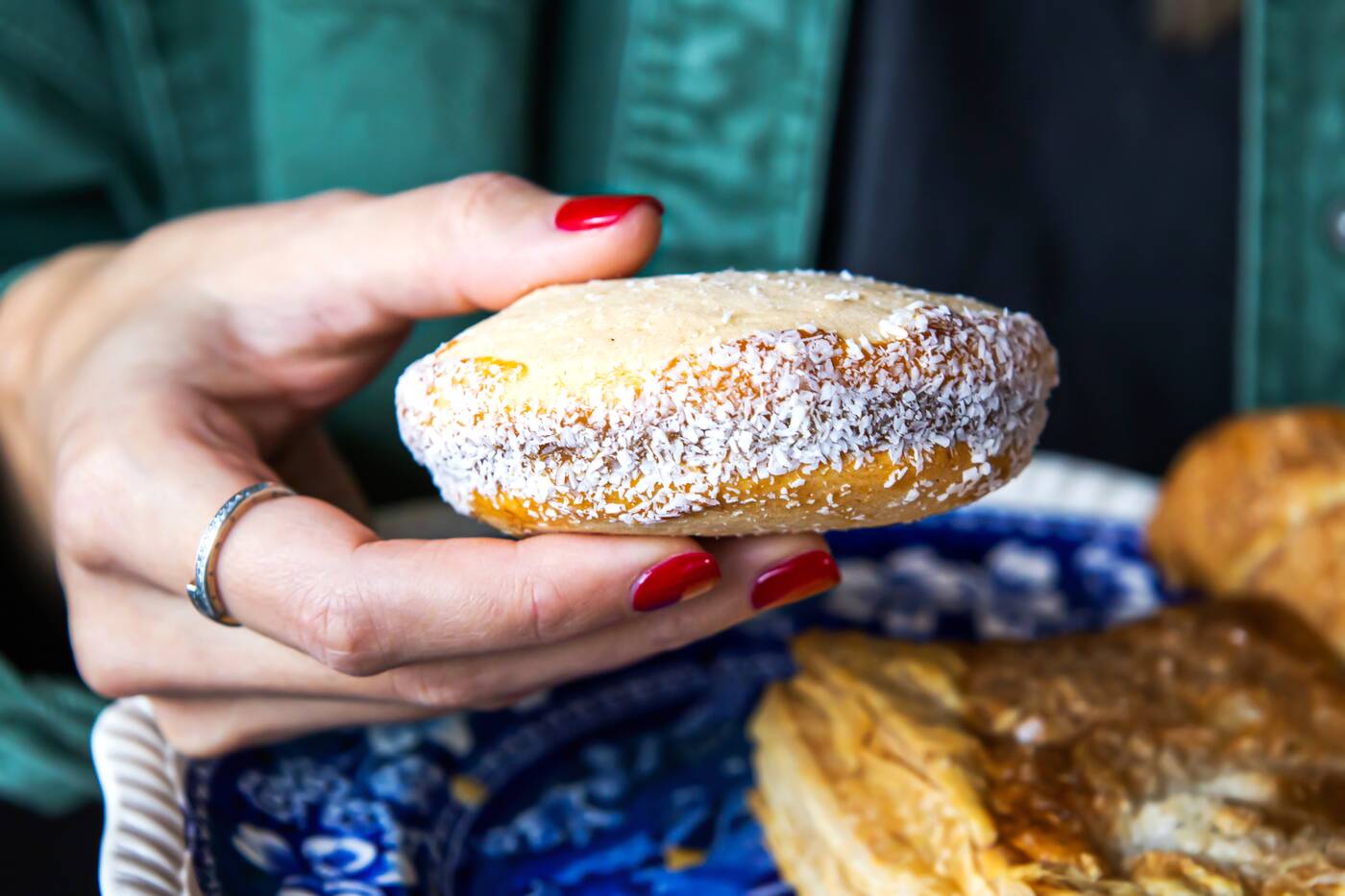 Colombian pastries are supplied by Columbus Bakery like "big ass" alfajores ($3) with sweet dulce de Leche between two layers of shortbread and rolled in coconut. 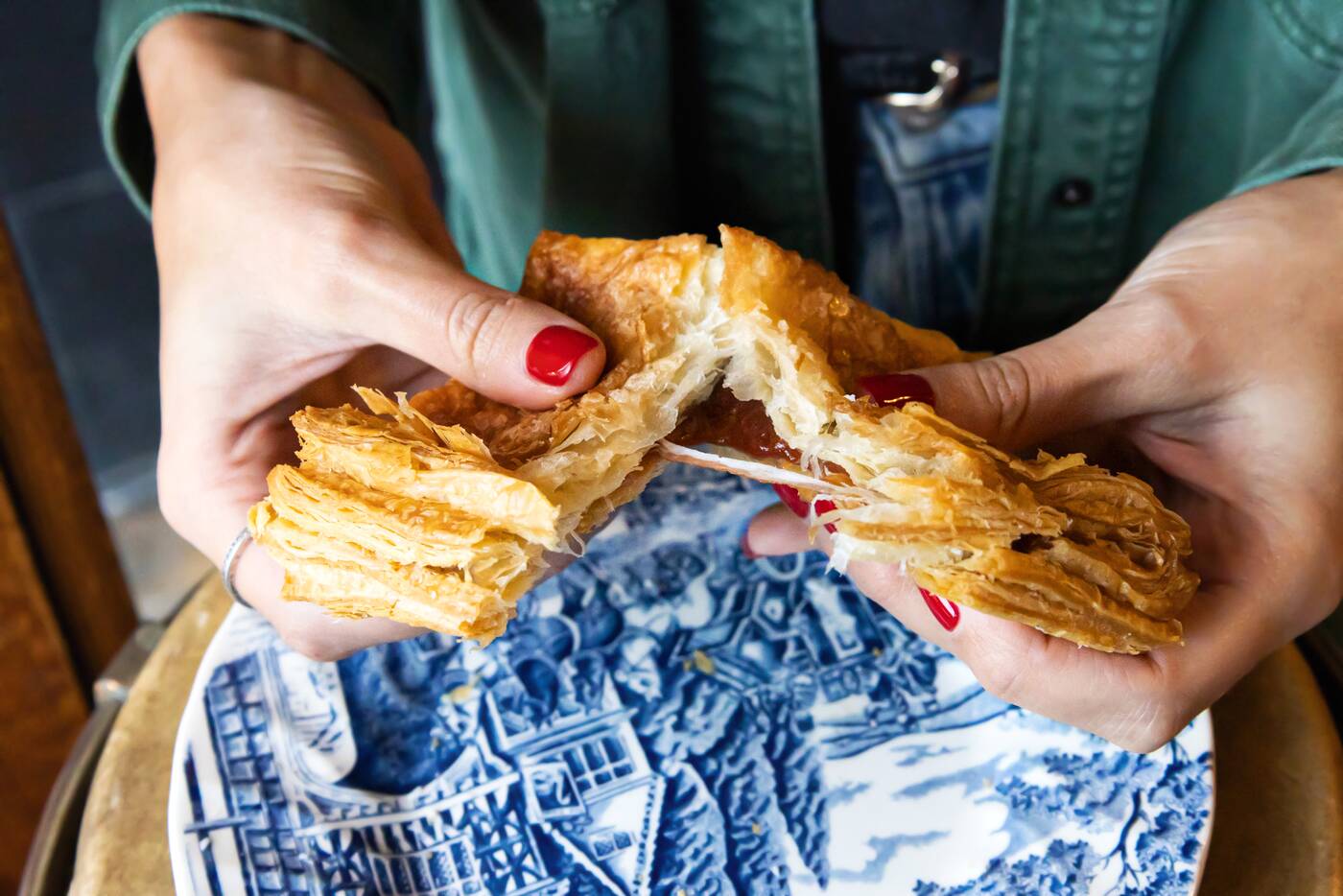 Pastelito de guayaba y queso ($3.75) is made with puff pastry and filled with a guava jam and cream cheese. 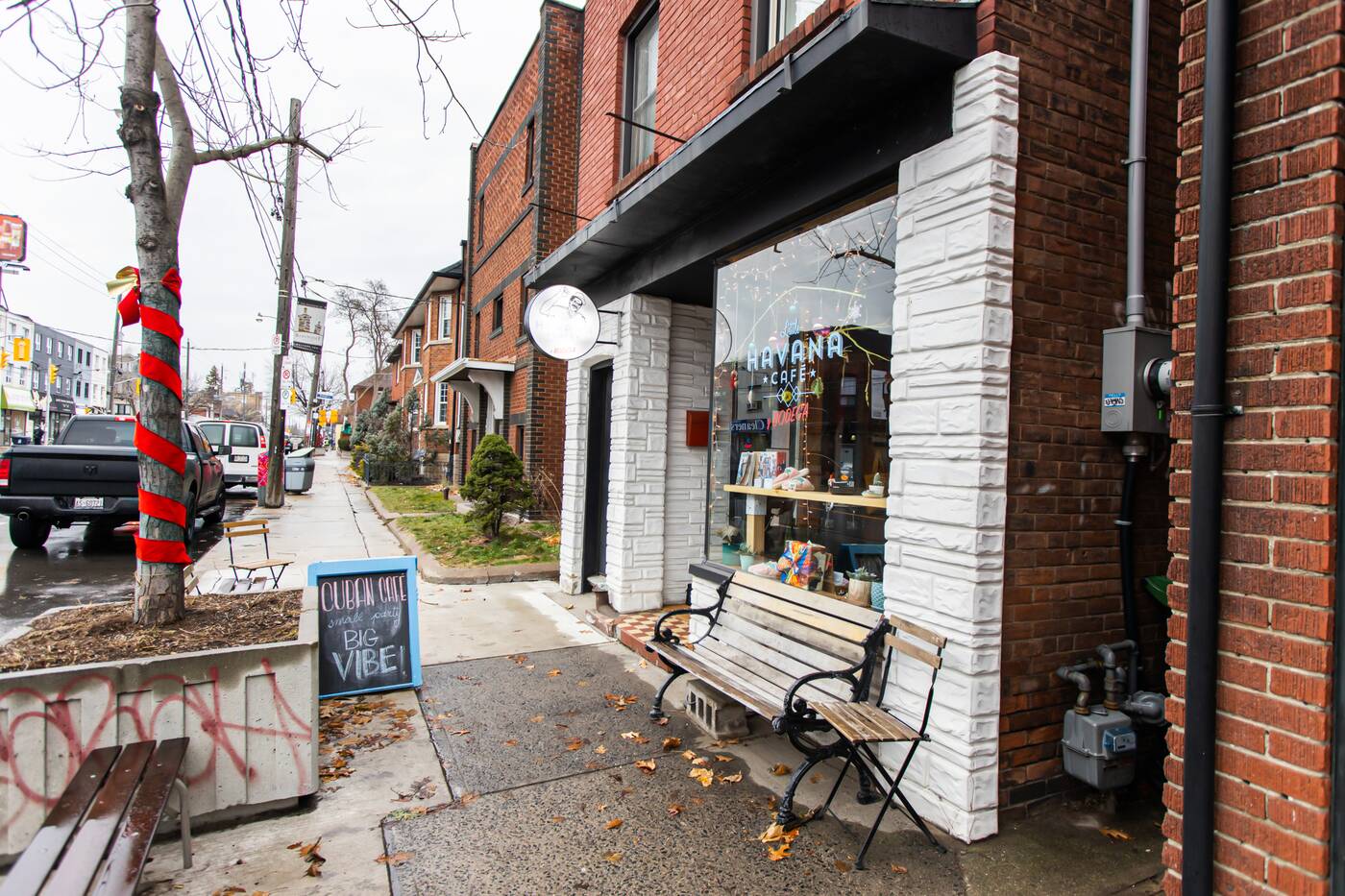