Intergalactic Travel Authority is not, unfortunately, an actual space travel command centre (we'll leave that to Richard Branson ). The shop and cafe is, however, trying to emulate that "space departure lounge" feel, offering everything a galactic explorer might need prior to takeoff. That includes books on space, toys to keep you occupied, vibrating neck pillows for the long ride through galaxies, and, of course, "Venus Cappuccinos" as fuel. 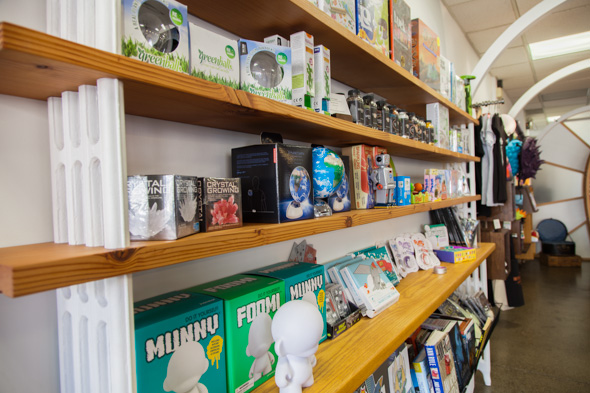 If the concept sounds just a little bit juvenile, then, rest assured, that's exactly right. The Intergalactic Travel Authority is a social enterprise supporting Story Planet , a charity that offers programs on creative writing and other communication tools for kids aged six to 18. 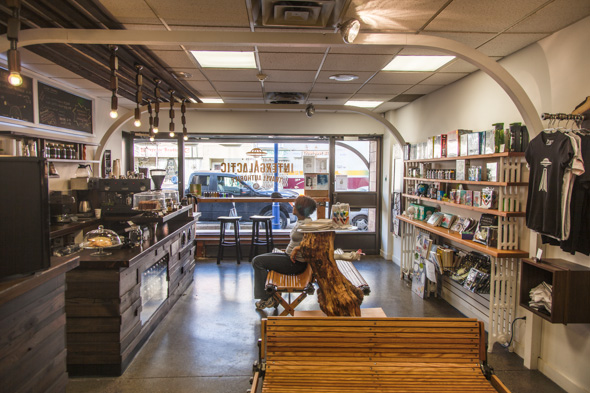 Modeled after Dave Egger's 826 Valencia programs offered throughout the United States, the Story Planet concept now includes this storefront space, with proceeds going back to the program. 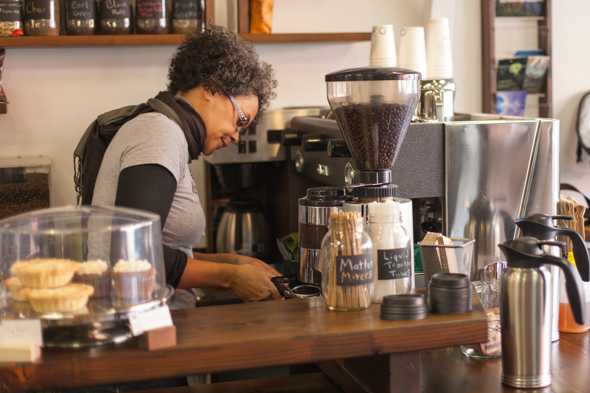 I chat with store manager Kaleigh Wisman in the command centre cafe, while kids pass through the "spaceship portal" (which does actually look like a spaceship portal) to the back workshop area. "Our offices basically used to be based out of Liz's living room," Kaleigh tells me, referring to Story Planet founder Liz Haines. "But the plan was always to move to a space with a storefront." 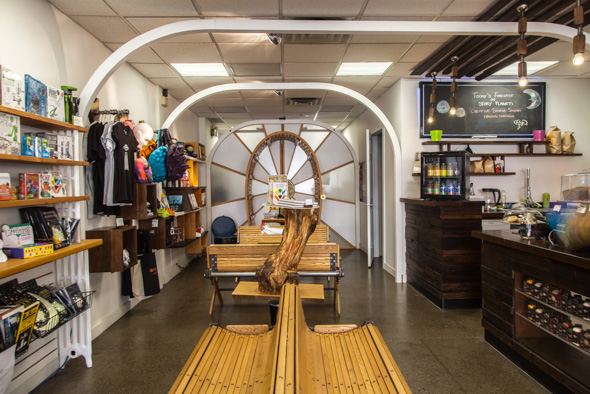 This spot on Bloor near Dufferin was previously host to a Croatian credit union, of all things, but was thoroughly overhauled in preparation for the Intergalactic Travel Authority opening in July. Story Planet worked with Brothers Dressler to create a salvage space bar (with wood from another planet, no doubt), command centre seating, and a terminal through which human life forms must travel to reach Story Planet. The shelves of the store offer hydration vessels (water bottles), stuffed alien creatures, and "intergalactic" t-shirts (for one-headed beings only.) 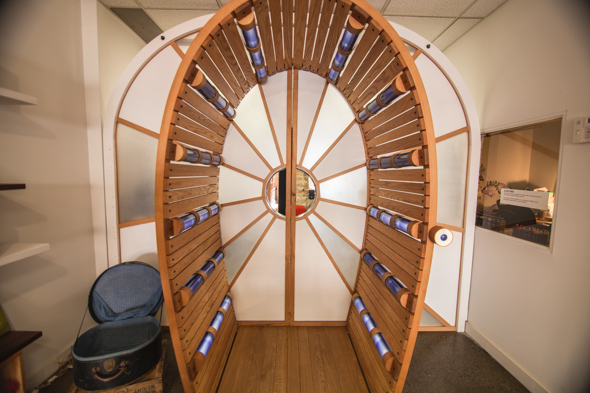 And on a totally not-space-related-note (but related to creative writing), Kaleigh says she working on compiling a shelf dedicated to Toronto authors. The drink of choice at Intergalactic Travel Authority is the "Black Hole" drip, which customers have started to ask for by name. 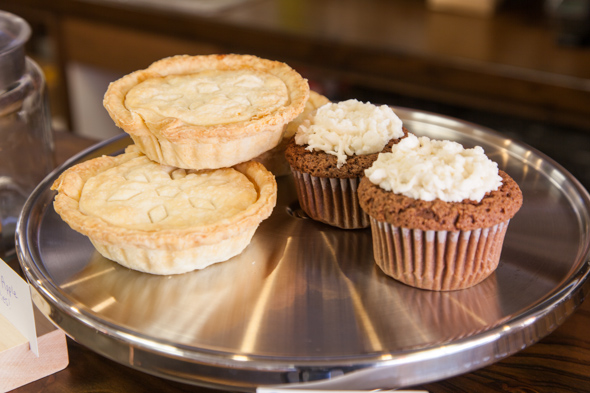 Others order the "Mars" (Americano), "Mercury" (espresso) or "Venus" (cappucino), with all coffee options made with Alternative Grounds beans. The baked goods are sourced from nearby Plum Bun Bakery , with plenty of vegan options always on hand. 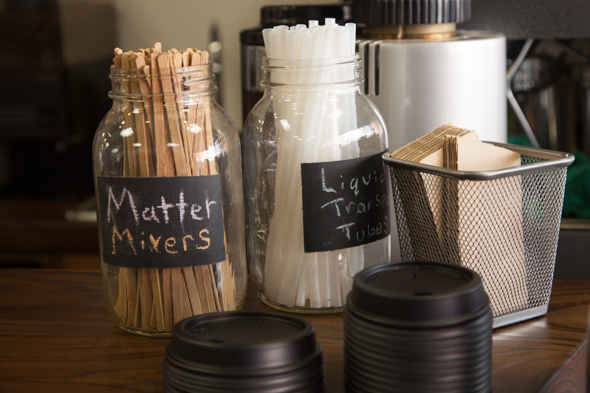 Despite the shop's somewhat ambiguous exterior signage, Kaleigh says they've been pretty successful in getting people to stop by for a cup. "Most people just pop in and pop out," she says. "But there's seating if you want, and we have WiFi and all that." All human life forms welcome. 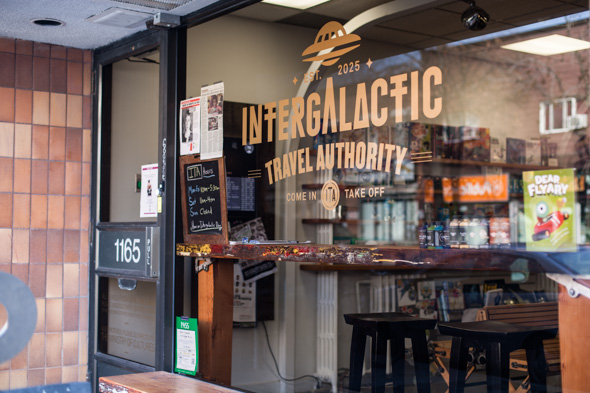