Initium is a cafe, salon and lounge in Markham. They have a big space that easily accommodates all these functions and are fully equipped with TVs, a projector, ample seating both in the salon and lounge, and a coat rack.

The space is evenly split in half between the salon and lounge, keeping the components of this place separate enough that you don't have to feel like you're drinking a beer in a beauty parlour...unless you want to. 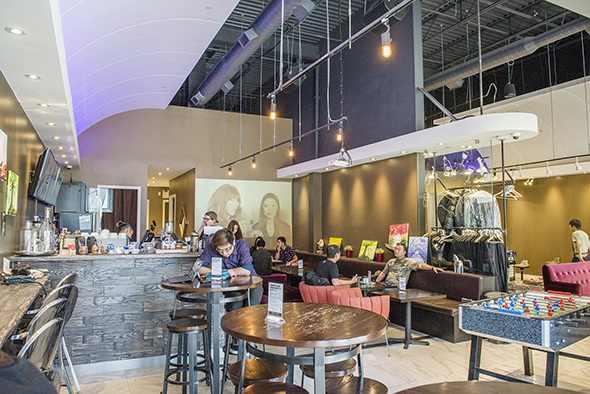 The food here isn't half bad, which is saying something for a business with such varied focus that serves its clientele in so many different ways. 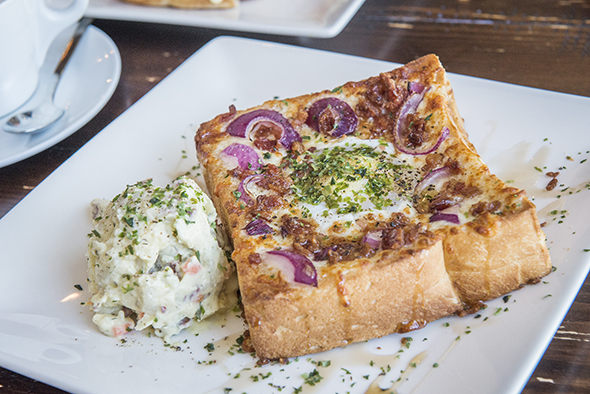 The Initium signature toast ($7) is thick cut toast with ham sandwiched in between and a half cooked egg, mozzarella cheese, bacon bits, and maple syrup on top. Most sandwiches come with potato salad, also decent.

Another great snack option that's a little off the beaten track is the Japanese pizza ($12). It's topped with cheese, BBQ eel, red onion, mushrooms, unagi sauce, as well as Japanese mayo and a little crumbled dried seaweed. 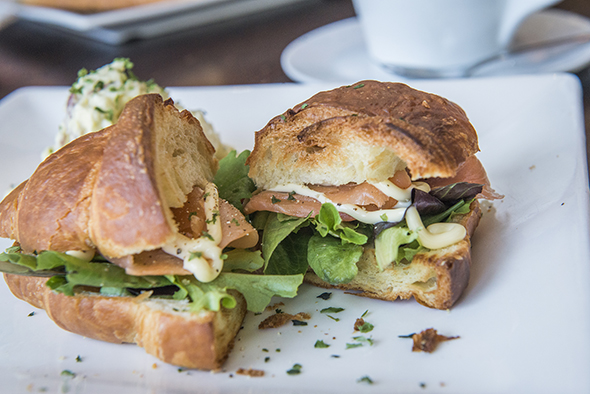 Something more basic but still worth ordering if you're into simpler sandwiches is the smoked salmon croissant ($8). A toasted croissant with smoked salmon, mixed greens, and Japanese mayo, this also comes served with potato salad on the side. 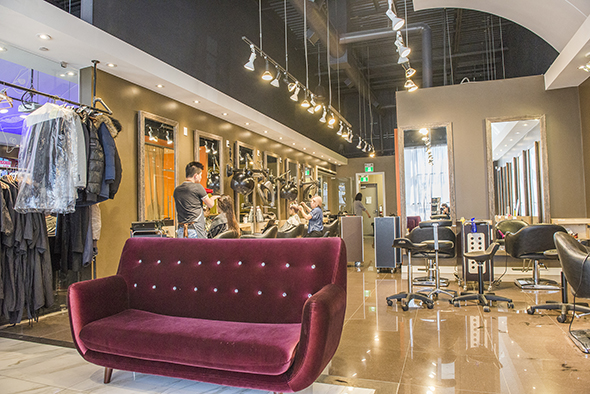 Initium started out as just a salon with a simple couch as its only furniture. They saw how offering water and tea to customers made a great impression, and how husbands and others tagging along on beauty appointments didn't have much to occupy themselves with other than a few magazines. They've since become a hit with business people staying at nearby hotels. 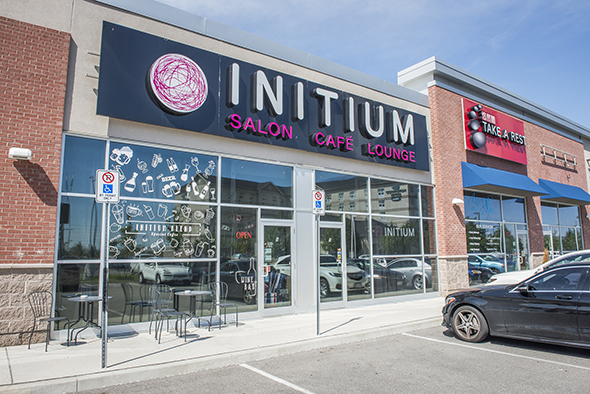