Herbal Infusions Tea Co. has just moved into a little loft space on Adelaide west of Spadina, but it is already spreading the word about some of the best teas you've never heard of. 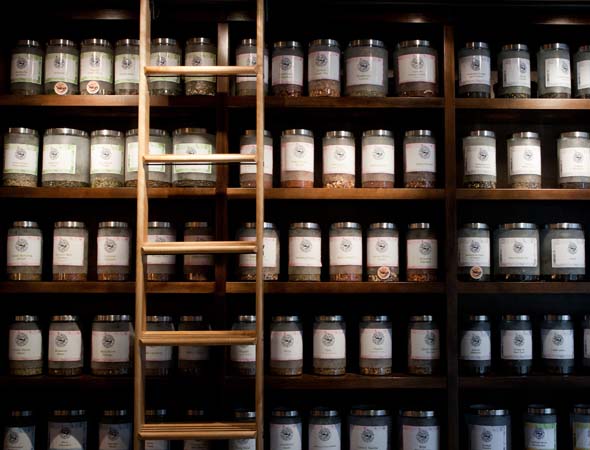 The little cafe opened just six weeks ago and already boasts an impressive wall of more than 100 varieties of black, green, oolong, white, pu-erh and herbal teas. "This area needed tea," owner Dan Johanis tells me as he slides a rolling ladder across the wall of glass canisters. "It's a great location with lots going on, but there was nowhere to get a good cup." 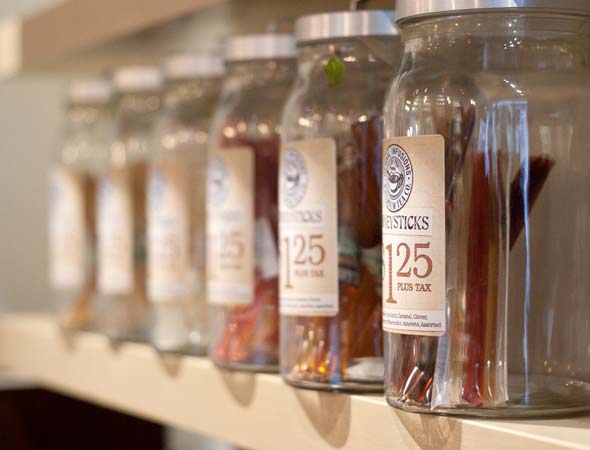 Johanis doesn't fit my preconceptions about what the type of person who'd run a tea joint would be like. Previously in finance, the tall and brawny Johanis used to be an ardent coffee drinker until he started discovering the merits of tea. "Smell this," he instructs, as he puts a jar of lapsang souchong under my face. "It smells just like a campfire." It really did. 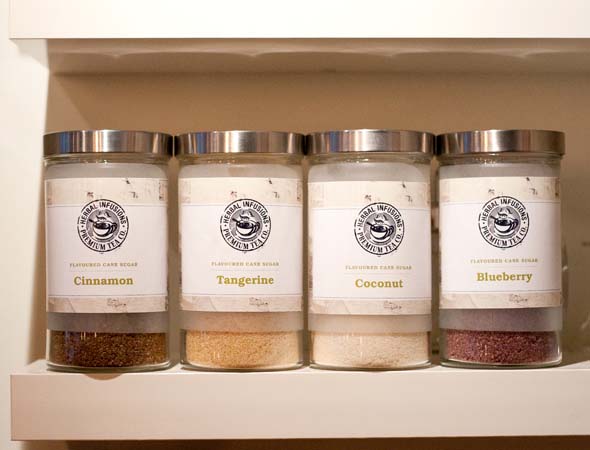 Johanis started a website selling bulk tea, which he ran for several years before deciding to open up his store. And here now, along with your cup, you can probably get an explanation about the merits of each tea from Johanis. "Mate teas have properties that are similar to caffeine but you don't get that crash," he says as he pulls out a canister of mate sweet orange tea. "And white teas, like this white champagne raspberry, are really good tummy-tamers." 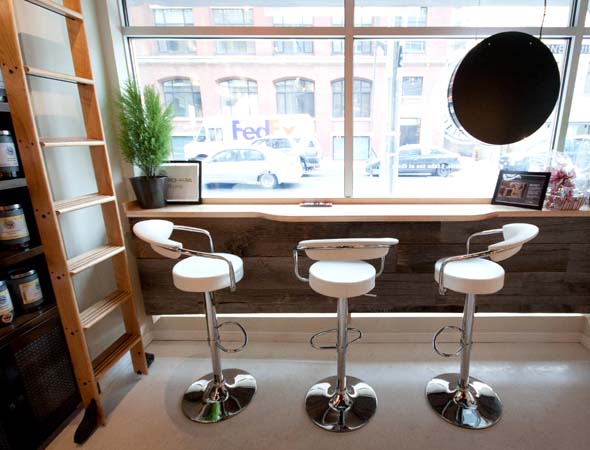 Herbal Infusions takes bulk orders, prices which generally range from about $5-$7 for 50g. It also sells flavoured cane sugars ($5.25 for 50g), which can be paired with certain teas to create unique flavours. Along with regular steeped teas ($1.75 or $2.25), Herbal Infusions offers tea lattes ($3.30 or $3.95) and tea frappuccinos ($4.25 or $4.60) made with either regular milk or soymilk. I walked out with an orange cookie black tea latte (which was pretty much like warm orange cookies in a cup) and a newly wavering devotion to my once-faithful cup of Joe. 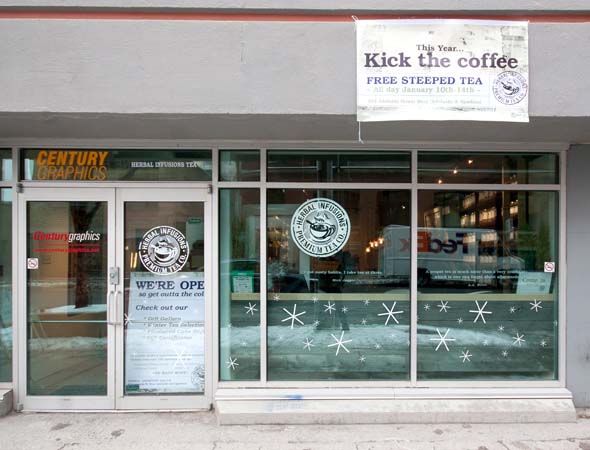