Havana Style Cafe and Gallery is bringing a little taste of Cuba to Etobicoke's Alderwood neighbourhood since it opened about two months ago. Surrounded by nondescript low-rise commercial buildings and dreary industrial warehouses, the café provided a flavourful and relaxing escape when I checked it out one rainy Saturday afternoon. 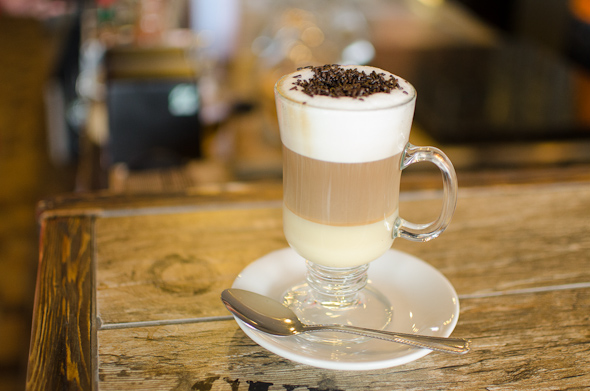 One of the three owners, Maikel Galindo, told me that they want to offer Cuban Torontonians and locals a place to enjoy Cuban coffee, food, and art. In addition to serving coffee, snacks and hearty sandwiches, Havana Style is also a gallery for Cuban-born artists. Galindo explained that the café/gallery concept is popular in their home country, and it also reflects the owners' passions for food, design, and art. Photography and mixed media creations adorn the café's walls and gallery space in the back, showcasing Cuba's architecture and streetscapes. 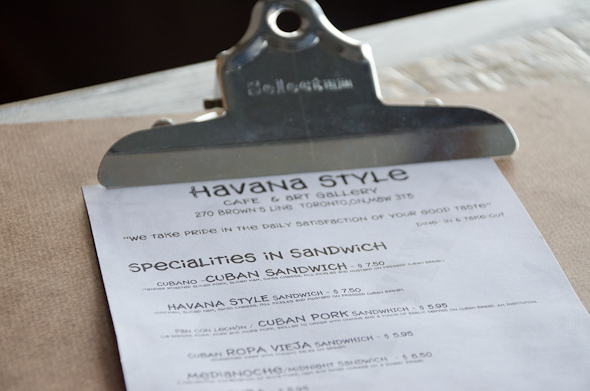 The art is certainly beautiful, but the real star of the café is the Cuban sandwich ($7.50, lead photo), the most popular item on the menu. The Cuban is made with sliced pork, sliced ham, Swiss cheese, dill pickles and mustard on pressed Cuban bread. Galindo gives credit to his business partner, Roberto Loreto Marin, for the café's menu. Before ordering my sandwich, I'm informed that Marin learned to cook from his Cuban grandmother, and his family also operates a restaurant in Cuba. In other words, I was in for some authentic fare.

The sandwich came within minutes of ordering, sliced lengthwise and served on a simple wooden plank to showcase the tantalizing layers of meat, cheese, and pickle. Galindo handed me a napkin dispenser--"you're gonna need these," he said.

He was right. Biting into the crusty and golden-brown bread, layers of tender, juicy meat and cheese came bursting out, requiring some un-ladylike mouthfuls to catch it all. The cheese was perfectly melted to fuse the bread with its contents, and the pickles and mustard provided just enough zing to the roasted meat. The glistening and golden brown fried plantains on the side provided a sweet interlude in between meaty and tangy bites.

My Cuban photographer companion said it was the best Cuban sandwich he's had outside of Cuba and Miami. I haven't been to either destination, but I agree, it was a darn good sandwich. 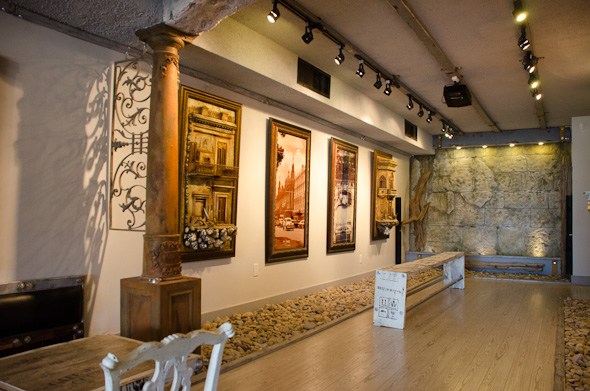 The cafe's menu also features a range of other sandwiches like the Havana-style (chicken, sliced ham and Swiss cheese), the ropa vieja (shredded beef with tomato salsa), and the classic ham and cheese, all reasonably priced between $4.50 and $7.50. Side orders include sweet plantains, green plantains, fries, and salad ($2.50 to $3.25). Cuban coffee is available brewed or in espresso-based beverages, and if you're looking for a sweet treat, the café also sells baked goods and ice cream desserts. 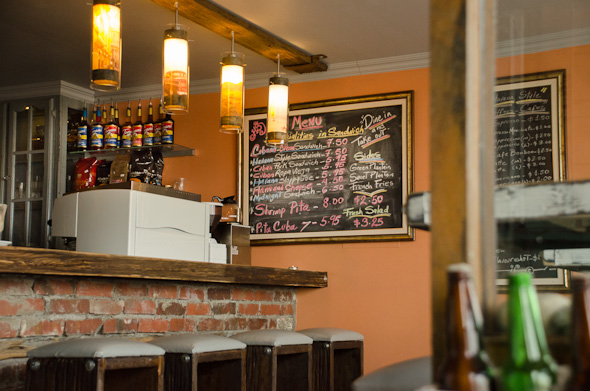 Visiting Havana Style felt like taking a mini-vacation from my hectic Saturday, as I savoured delicious and authentic cuisine while soft Cuban music played in the background. The décor adds to the escapist feel without being over the top, featuring natural materials like driftwood, exposed rock, and stones, as well as sea-faring and trading memorabilia. I took advantage of the free Wi-Fi to surf the internet and linger after my meal, not feeling rushed at all. Other customers, including families, couples, and solo café-goers, leisurely enjoyed their coffees and sandwiches while chatting in English, Spanish, or both. 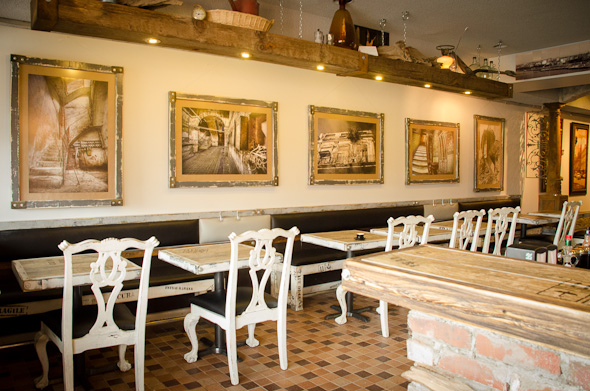 If you prefer your Cuban sandwich paired with a cold cerveza , you'll be pleased to know that a liquor license is in the works. The owners also plan on opening an outdoor patio in the summer, to showcase Cuban sculpture and live music on the weekends. Sounds like summer in Etobicoke will be heating up with some Havana nights (bad acting and weak plot not included, I'm sure). 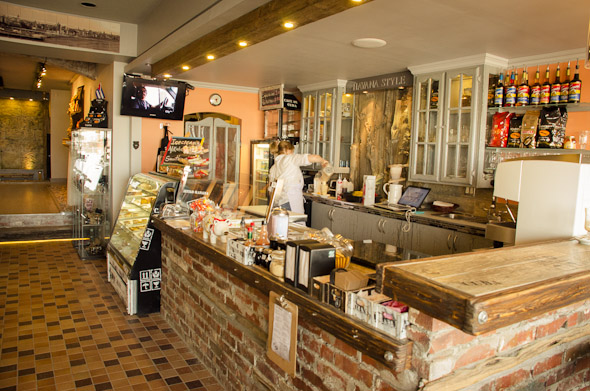 For non-Etobicokians, it's worth the trek out west to enjoy some Cuban flavour. (Frankly, as a born and raised Etobicoke gal, I don't understand why you wouldn't want to visit the 'hood, yummy sandwich aside.) Downtowners can rest assured, however, that Galindo and his partners plan on opening another location next spring on College Street, bringing a little Cuba to Little Italy. 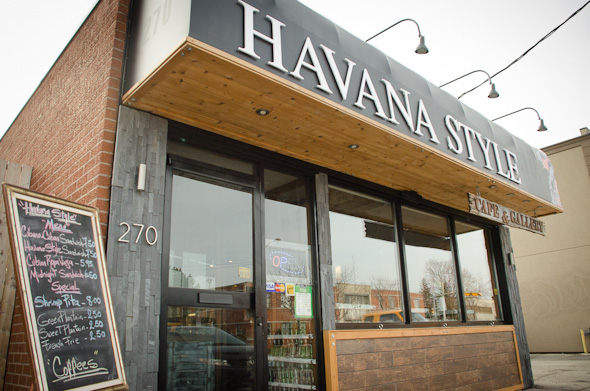 Havana Style offers dine-in, delivery and take-out service, 8am to 8pm Monday to Friday, and 8am to 5pm on Sundays.