The Grind House is a new cafe in Kensington Market , tucked into a small space near the top of Augusta. It assumes the space that was formerly home to Pennylicks . Though the menu has been completely over-hauled, much of the equipment from the previous coffee shop in this space remains. And it's lucky for them, because the equipment set-up in this shop is sure to please espresso-heads across the city. 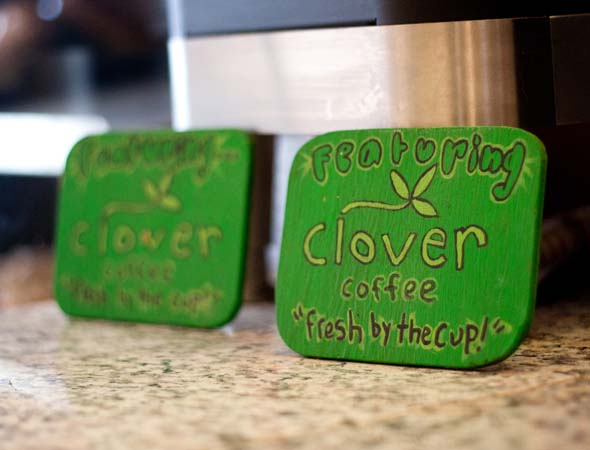 Though Starbucks has recently bought the rights to the Clover system, The Grind House now joins the ranks of indie coffee shops in the city that have a Clover machine behind the counter. Having been to Pennylicks a couple of times over the last year or two, I tried the Clover with my fingers crossed a few times. Though it was nice to be able to choose a single-origin coffee and watch it be brewed in front of me, I was never too impressed with the Clover at this location (Pennylicks).

Luckily, the new owners have got their system figured out. For example, they have nearly doubled the brew time on the Clover to give it a more robust taste. On their stainless 2-group Elektra machine, they have two double portafilters, but for those looking for a milder shot, they have old-school single filters as well. This sort of attention to detail is really what draws me to a shop. 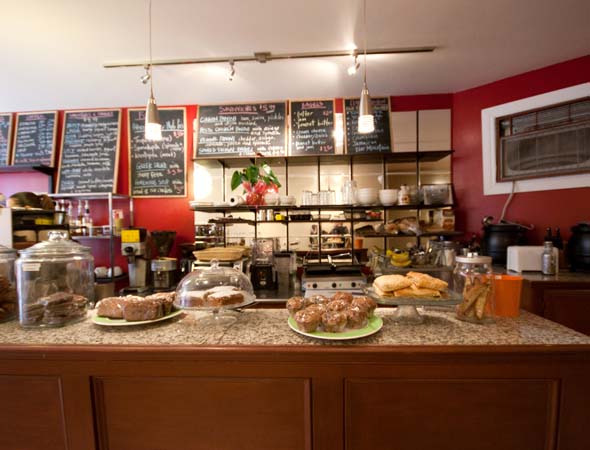 I ordered a shot, and watched it from beginning to end. Carefully ground, tamped deliberately and extracted with care, I had a feeling this was going to be a fulfilling shot. A quick look, and I knew I was right. Though I generally prefer a shot with a slightly thicker head of crema, this shot was smooth, slightly bitter, but definitely not bright. I hate bright-tasting coffee, and this was anything but. Definitely give the coffee a shot at this Kensington cafe. 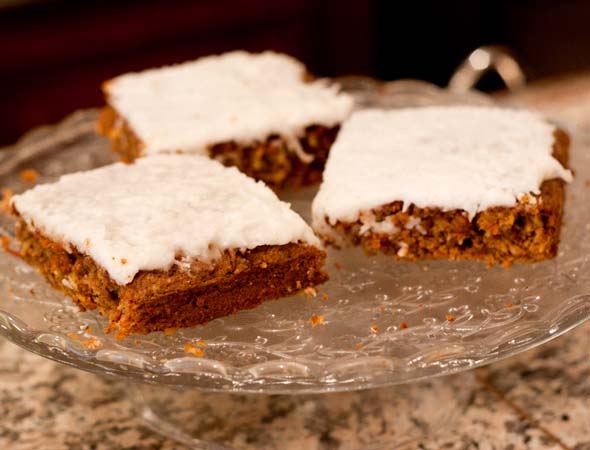 The food at The Grind House is sourced from Toronto east-end baker, Boy O' Boy, which specializes in Gluten-free and other sometimes difficult culinary accommodations. If you're vegan, celiac or just picky, you can definitely find something to eat here. Pastries, homemade soups and sandwiches are the backbone of the food in this cafe. 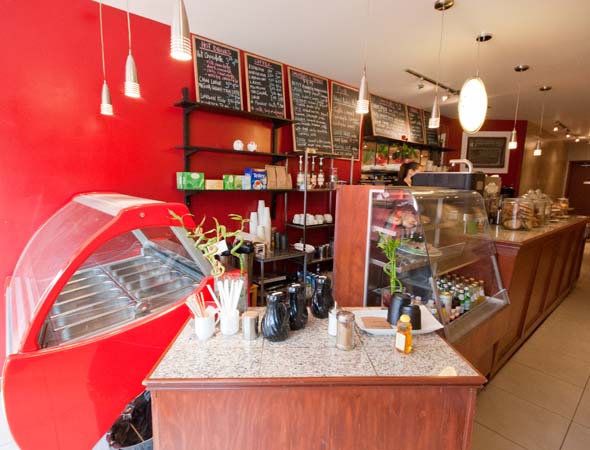 Plenty of bright colours fill this store, from the art on the wall, to the paint on the trim, and a few tables outside to sit. This cafe still needs a bit of 'wearing-in' before it can fit seamlessly into this strip of Augusta, but its well on its way. 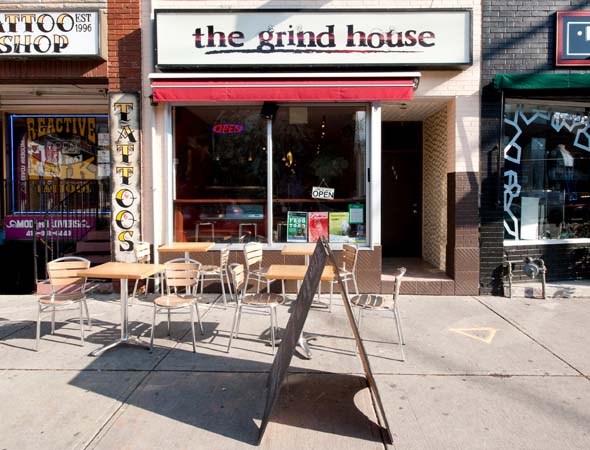