Good Times Bad Times Cafe feels like it was plucked straight from Kensington Market . The nod to 60's rock is obvious, but the community-focused, sort of psychedelic vibe has more to do with the subtle intangibles. One of which, is owner Juan's joie de vivre.

I stop into the month-old cafe at Bloor and Sterling Road hoping to speak with owners Juan and Marco. "I'm Juan Marco," Juan says with no hint of a smile. Luckily, I know better, and we get right to chatting. 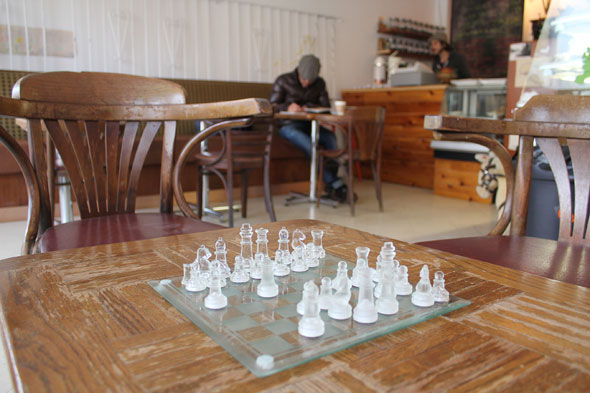 Juan tells me he and Marco have been longtime friends, and that they recently decided to give up their "explorer" lifestyles. They came across this space, which has housed countless variety stores in its past, and thought it would be perfect for a new tea cafe. So they got straight to work, filling the space with mostly salvaged furniture. 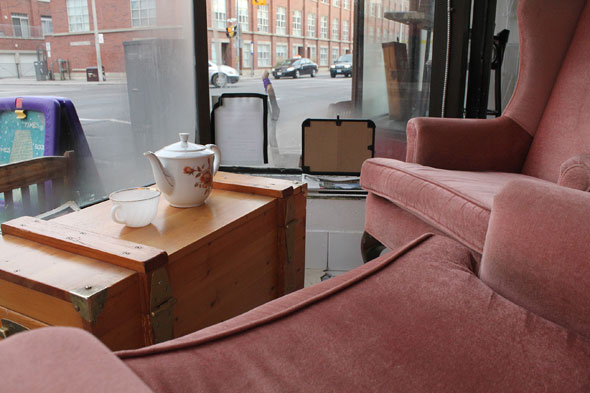 To call the decor at GTBG "eclectic" would be an understatement. It feels a little retro, with two 70s lamps enveloping the space in an orange glow, along with little artsy touches including a red side table topped with an assortment of glued-on buttons. There's an upright cooler display offering little baggies of trail mix, children's drawings taped to the wall, and a plush rocking horse in the middle of the floor for no discernible reason.

"We like to honour the little spirits," Juan says when I ask him about the kids' drawings. "A lot of them come in with their moms. It's pure; it's clean." 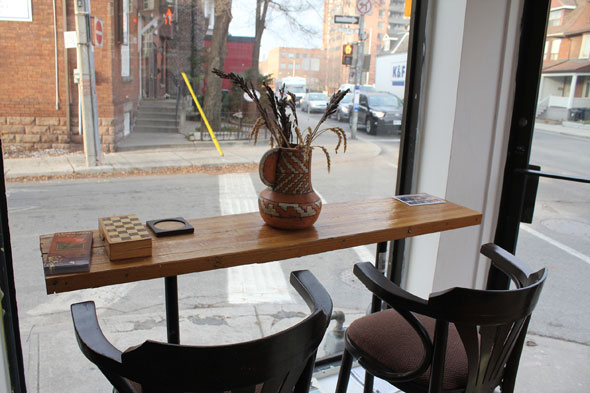 Along with juvenile-bred masterpieces, GTBT offers all sorts of books from its communal bookcase. "It started with my collection and Marco's," Juan says. "But now people are bringing in their own; anything that has inspired them, and that they want to share with other human beings." 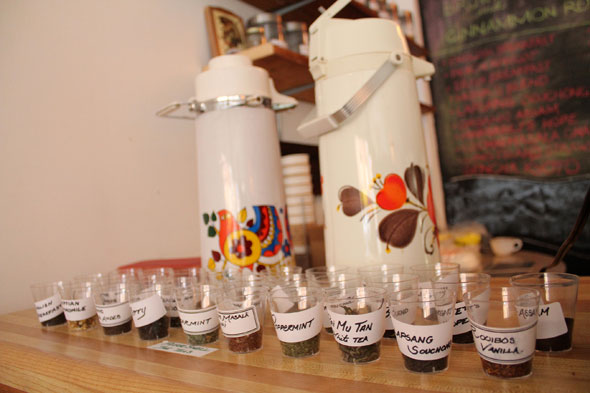 While admiring the art or delving into a forgotten novel, customers can have their pick of 27 varieties of loose leaf teas ($1.50) sourced from Metropolitan Tea, along with a piece of pie ($2.50) made by a baker in Bowmanville. On Juan's recommendation, I go for a cup of Genmaicha Chai, which comes off as a verbose green with a little bit of spice, and pair it with a slice of blueberry pie.

It's a good snack-sized slice, about the size of an average fist, and certainly tastes homemade, as it should. All set to the backdrop of Japanese house music, I'd think I was on Augusta if it wasn't for Club Paradise down the road. 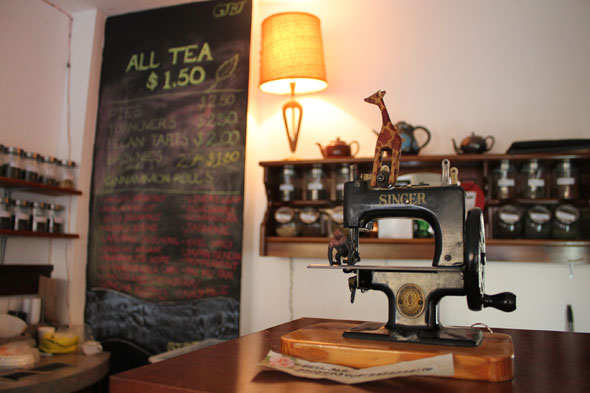 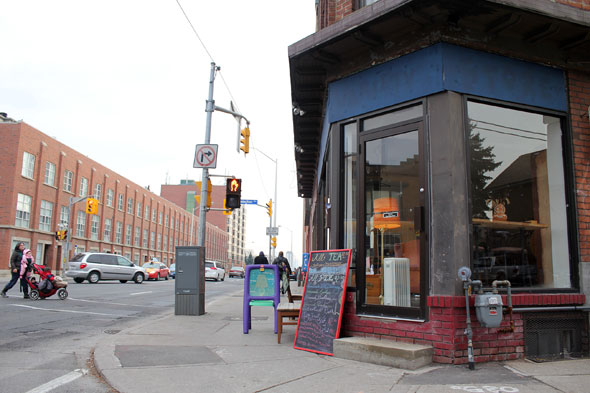