When I first heard the name "F'Coffee", I wondered what-the-F my friend was saying to me, but I was too tired and hungry to care. Visiting this friend's friends in one of the stylish studio spaces across the street, I had been promised a satisfying lunch at a place nearby that would make up for the long, hard work day we'd had.

If there is a sure-fire way to soothe the ravenous beast inside of me, it's to present it with a less than two-minute walk to the place where the food be. Such astounding proximity sure started mine and F'Coffee's relationship on the right foot, and the sign out front promising a beer & grilled-cheese combo for less than five bucks cemented a union made in heaven. 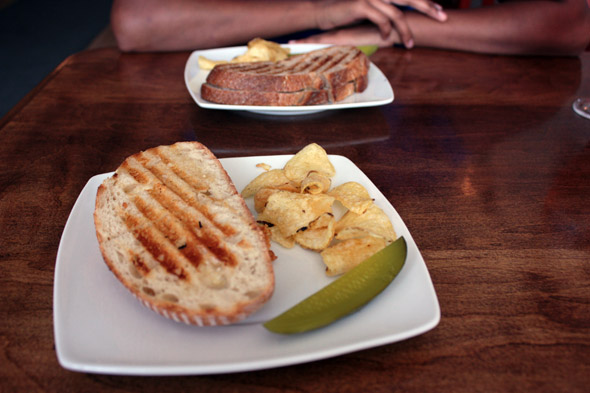 We happen upon another mate of the aforementioned studio, who seems to have spent the better part of her day there. Laptop out, food remnants about, and a giant mug containing coffee dregs, are all tell-tale signs. Not to mention a great familiarity with the staff which immediately rubs off on me.

"What a nice little hang-out," I think to myself, feeling thrust into their community. I then proceed to lunch there on two other occasions within the span of about a week and a half. We devour multiple sandwiches (with multiple cheeses inside) and daytime beers while the sign still permits, knowing things this good never last. 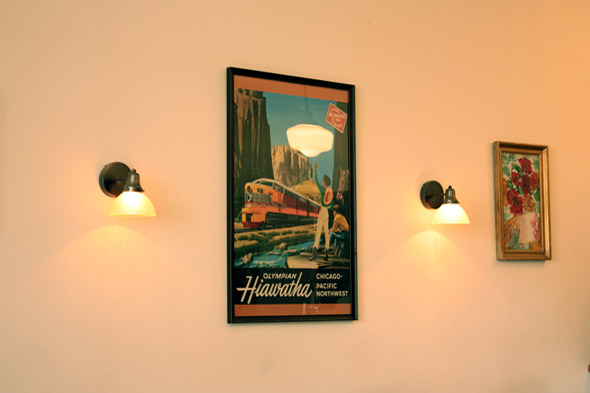 The beer and sandwiches are still there, and no, I don't mind buying them the old-fashioned way. There's a rather extensive and tempting list of varieties, though it's always hard for me to resist my first love- being a combination of Smoked Mozzarella, Cheddar and Havarti on sourdough bread. ($5, though I think a bit extra for all that cheese...). 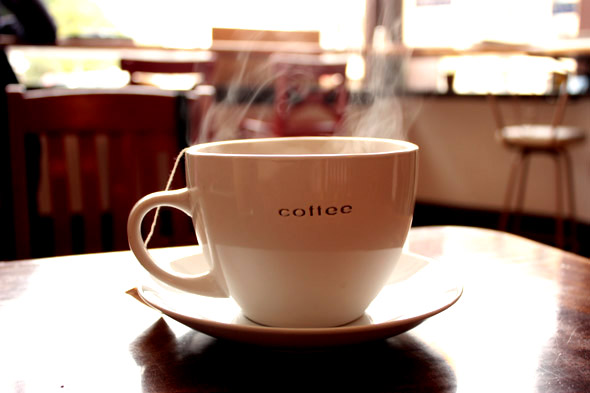 Ridiculously, it wasn't until months later that I finally tried their coffee; an Americano which, my friend belatedly warns me, is "kind of jittery "--perhaps implying that this jittery girl start with something a little less potent. Well, potent it was, but jitter I did not. Very strong, but very smooth, I even heard a customer candidly call it "the best coffee in Toronto" with his own mouth. 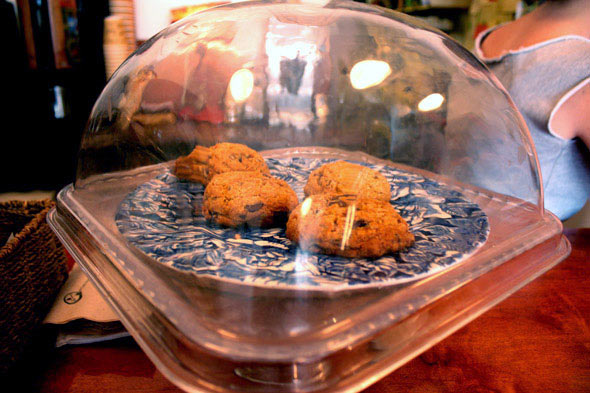 Such a powerful bean begs for some sweets, and I suddenly became hyper-aware of the fact that I haven't even so much as glanced at their baked offerings (this being what happens when I fall victim to sandwich-vision).

It was high time for a cookie, but I had sadly missed the early-day array, and was left with chocolate chip as my only option. This would have been fine if it weren't for my irrational hatred of the stuff. Bummer. I have heard great things about them, though. 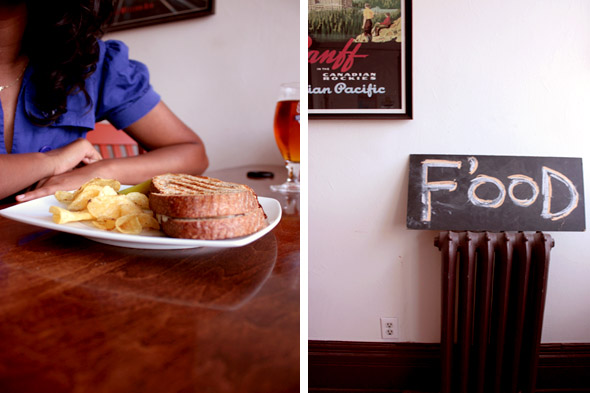 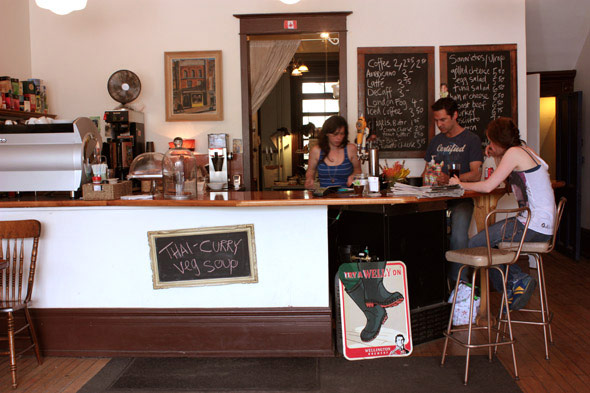 These days, it seems that whenever I'm out gallivanting, F'Coffee isn't far away; in the midst of a visit to the Riverdale Art Walk last weekend, or on the way to my roommate's work place this afternoon, I turn my head and it's there. I think it may be stalking me.

A close look at the sign finally reveals the "hidden" piece of the name "puzzle" in the "fine print" above: "there's always time...(a-haa!)". " F'Coffee." This fabulously lazy philosophy, expressed in an equally-so diction is almost too awesome for me to bear.

It also seems rather appropriate (for the place itself), very necessary (for those who have yet to learn), and would probably make a fitting epitaph for yours truly. 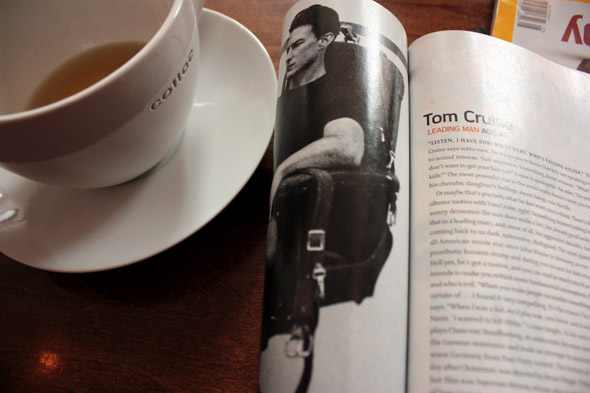 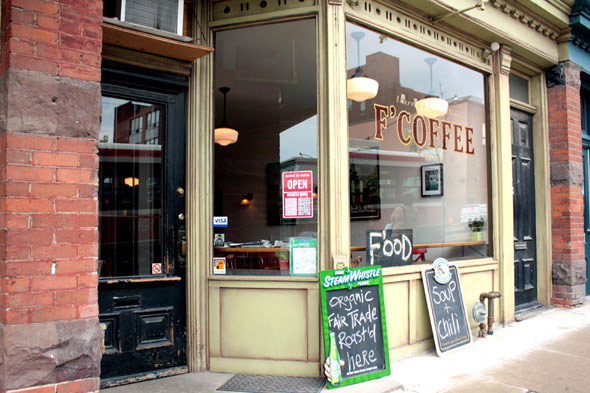