Fahrenheit Coffee is committed to the perfect coffee experience. That's because owner Sameer Mohamed has long been judged on his ability to serve the perfect cup. Literally judged, that is.

"Yes, those are my awards," he says when I ask him about the trophies displayed in his new cafe on the Esplanade. "I've competed in barista championships both regionally and nationally. And I'm training my staff to compete as well." 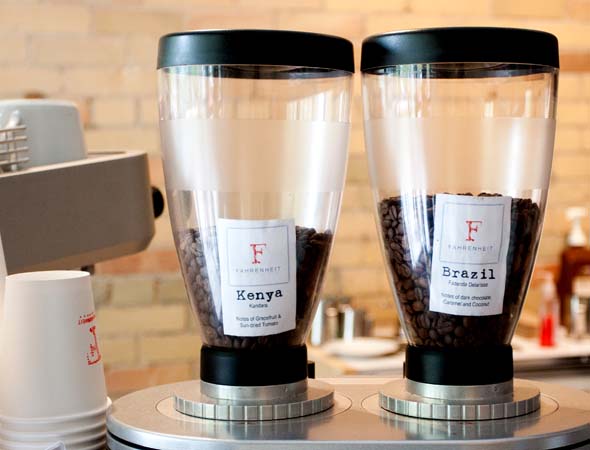 That's why Mohamed, who placed second overall in the Canadian Eastern Regional Barista Championships last year, decided Fahrenheit's bar would be white. "It shows every little spill," he says. 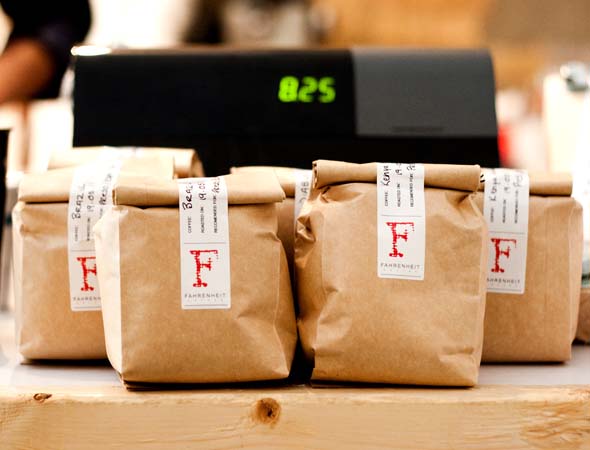 Mohamed, who hails from Montreal but was born and raised in Kenya, discovered his love for coffee working at a roaster part time while studying finance in university. He started working for Sense Appeal when he moved to Toronto, then finally decided to take the plunge and open his own cafe. And now, when he's not pulling shots or impressing customers with his latte art, Mohamed also teaches classes with the Canadian Barista & Coffee Academy. 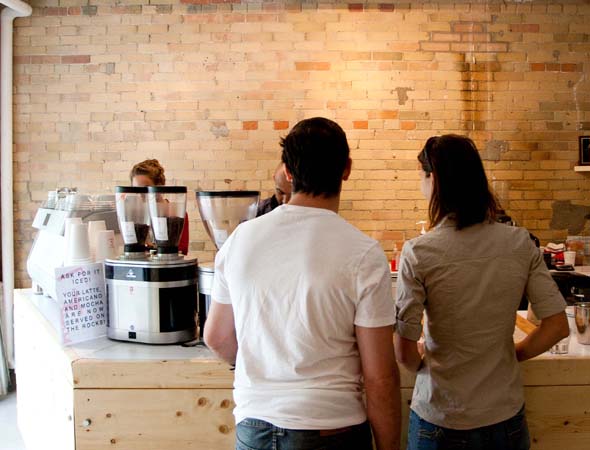 Fahrenheit Coffee shares its space with COAG Grinding & Brewing , a company, Mohamed tells me, that has graciously sponsored Fahrenheit in the form of its equipment, including its prized Dalla Corte DC Pro espresso machine. And we put the machine to work on the afternoon I drop by. The first taste: a shot ($2.25) of Diablo, a blend of Brazilian and Colombian beans roasted locally at Te Aro . 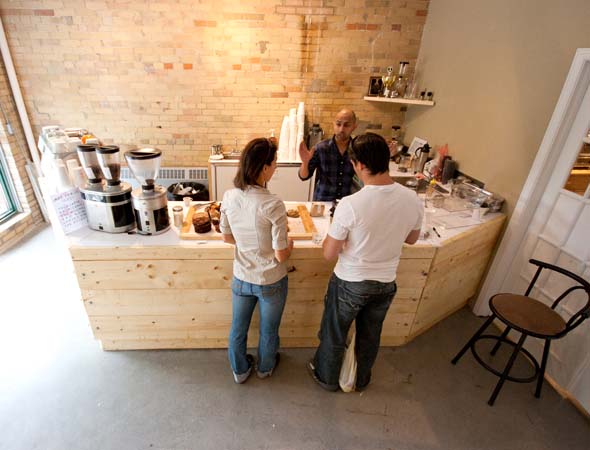 "There's an immediate brightness to this one," Mohamed says, giving the shot a swirl. "It's full of body and volume." The espresso has a lovely dark chocolate finish, lingering with a bit of sweetness.

Mohamed then prepares a shot of his Kenya Kandara, which hints of sundried tomato and a bit of fruitiness. "The last sip is honey," he says, taking it down. 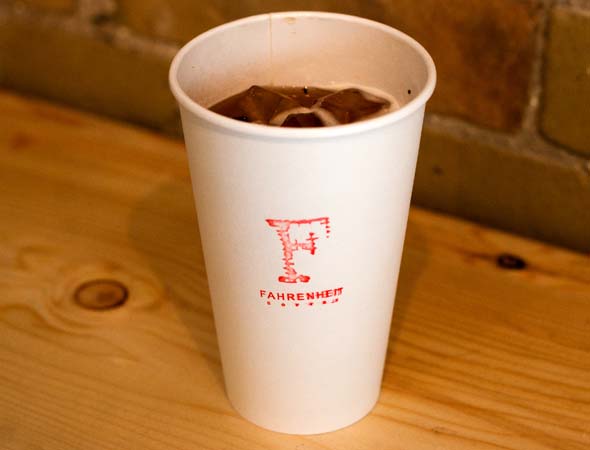 While there's no drip coffee to be found on the premises, Fahrenheit offers Americanos ($2.25), cappuccinos ($3.25), lattes ($3.75), teas from Metropolitan Tea and more, as well as baked goods from Circles and Squares . Soymilk is available at no extra charge, but, alas, extra space (and seating, except for a few barstools) is not. 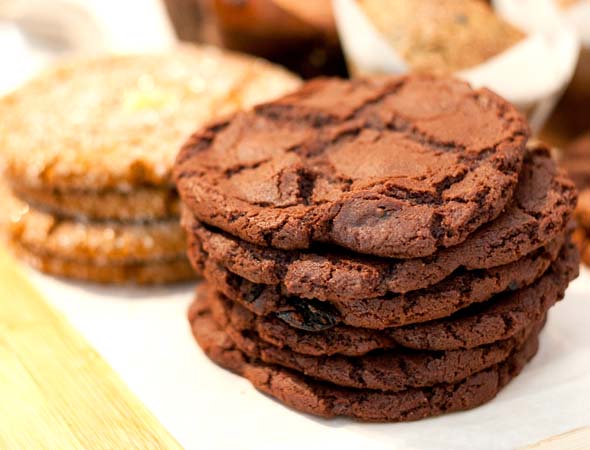 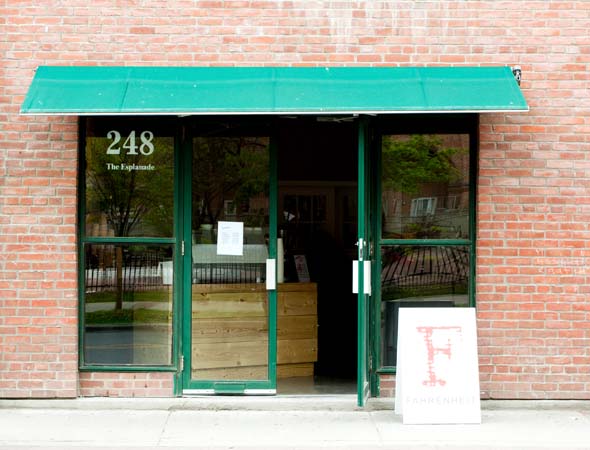