Extra Butter is currently open but their offerings and services may be affected due to the pandemic. Please contact the business directly for more information about any changes. Is this your business? Please contact us if you would like to update this message.

Extra Butter, a coffee shop in Roncesvalles, has quickly taken over the old Gurts space just south of Geoffrey St. The counter has been pushed all the way to the back, making room for benches and tables and chairs, with plenty of space for the strollers and students in the neighbourhood. Tin and diamond details and salon-style pictures along a rich teal wall offer a loose Art Deco vibe and draw you into the room, but it's the soft cushions and friendly service from owner Cassie Germann that make you want to stay. 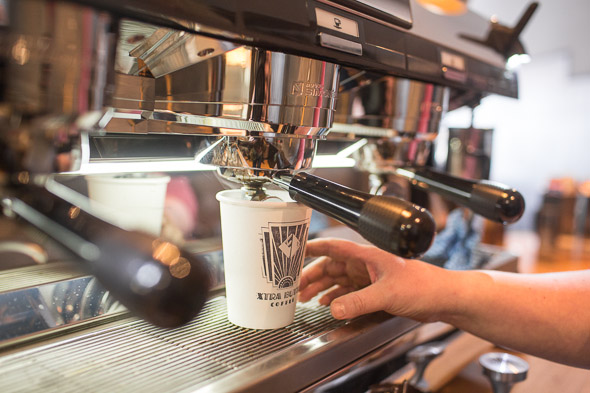 At the back counter sits the big Nuova Simonelli machine as well as shelves stacked with the bags of Dark City (including the eponymous Extra Butter) beans they use for their coffee and offer for stand-alone purchase. I order an Americano, and the lovely Germann makes one that's thick with crema, imparting the first bitter sip before the chocolate and nuttiness comes through in the full-bodied liquid. 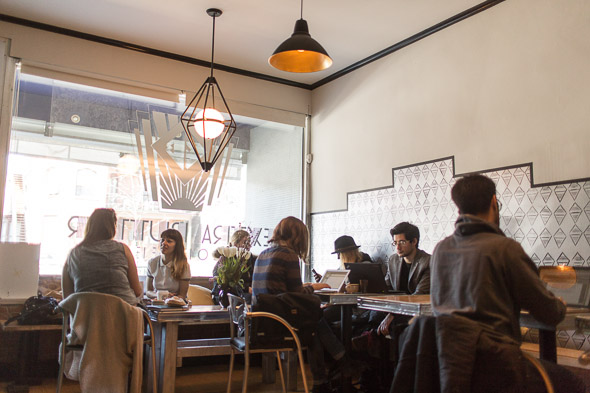 They offer the full range of espresso based coffees (espresso, cappuccino, lattes- small $3.25, med $3.75, lrg $4.25) as well as drip in two sizes ($2-2.25). Cream, soy and almond milk are all available. In a genius move, they offer a "Hang Out Special" for $5.00, a drip cup that won't go empty while you're there. The location is nestled beside a David's Tea, and they wisely don't bother to compete with fancy stuff- teas are generic Red Rose, Twinnings and Celestial Seasonings. 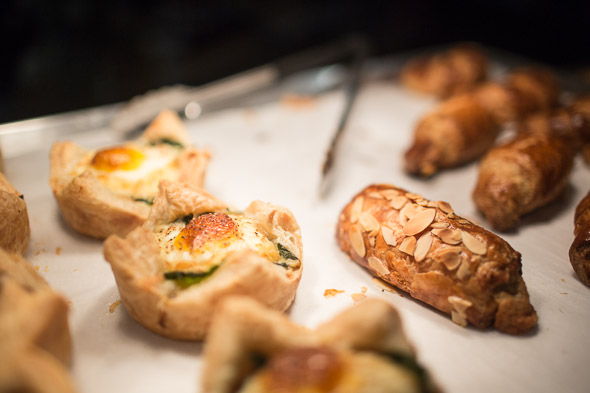 Germann and another gent Ray, who was baking croissants when I arrived, are familiar faces on the street -- both worked at Cherry Bomb -- and there a few carryover traits from that neighbourhood stalwart, including the smell of fresh baked goods spread throughout the room. You see can see trays of them behind the counter and through the pass into a baking kitchen. 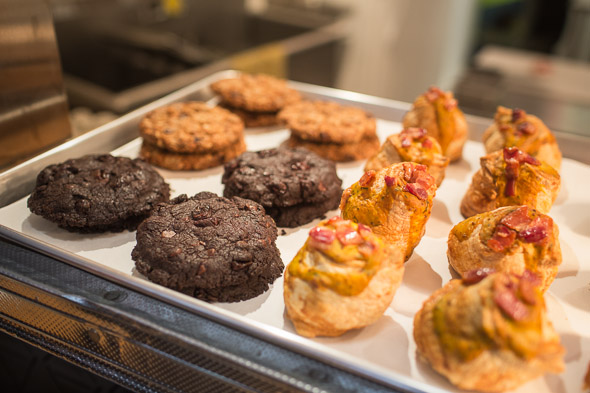 They make their cheese ($3.00) and chocolate ($2.75) croissants, cookies (some vegan) at $2.00 each and a maple mustard bacon bun ($4.00) for a heartier, meatier affair, and sandwiches and other baked goods are expected in the near future. 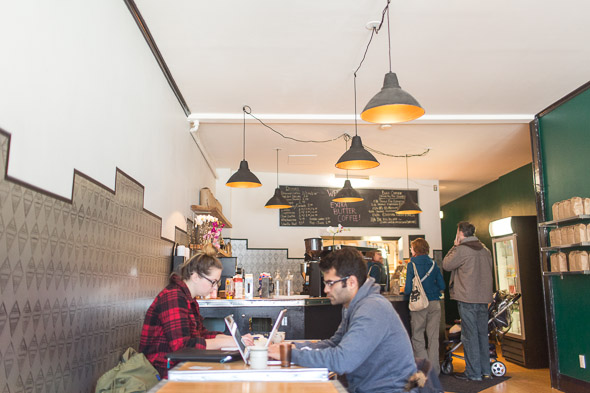 The shop opened on March 12th and already lots of enthusiastic people were typing away on computers, sucking up the free Wi-Fi, and asking questions to the bubbly Germann when I paid my visit. I expect full tanning to happen on the front bench once spring finally gives way, giving customers that sheen of Extra Butter. 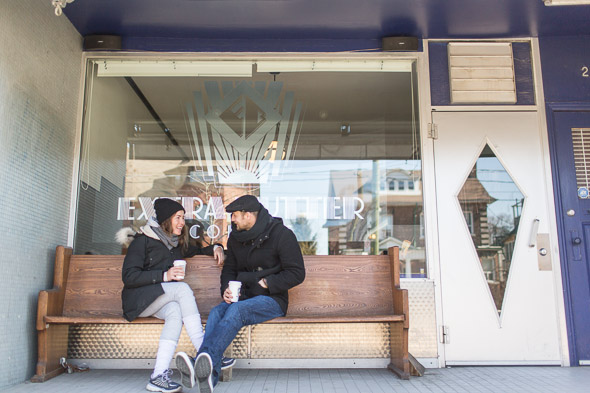