Dark Horse Espresso Bar has expanded where space is concerned, centralized where location is concerned, and is the opposite of dark (...where light is concerned). The new home of this Queen East original sits just north of Queen on Spadina, where it has carved itself out a commanding presence on this busy strip.

Presently, some scaffolding obstructs what appears to be a lovely facade, and it also led me to underestimate the actual size of the place. Once inside, it's a different story. Hardwood as far as the eye can see, and high, beamed ceilings soaked up the uber-sunny day and projected it everywhere. The floors gleamed, the windows radiated and rainbows literally danced on the walls. Magical. 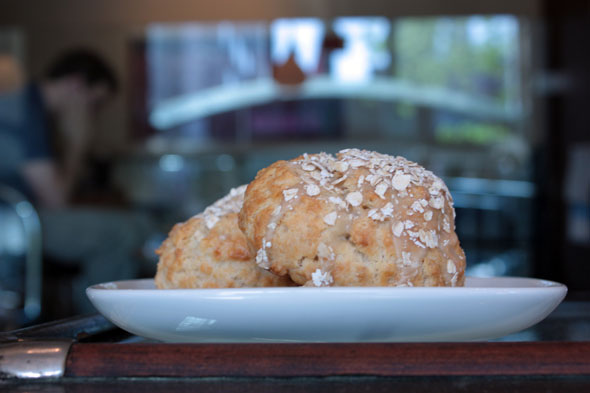 The communal tables that I have heard about, and seen around, are here in a big way. Two huge specimens flank the bar and were filled to capacity. We headed up the stairs, to an elevated and somewhat secluded sitting area, where there are some smaller versions of the same deal.Tables that can accommodate like, five people but can and will also seat one. Until guys like us come along and do what we must do: sit across from a stranger. I'm not gonna lie, it does make things more interesting.

In light of their grand-scale interior, Dark Horse keeps things relatively simple as far as treats go, offering the usual coffee delights and a nice variety of baked goods. The Circles and Squares Bakery makes a second consecutive appearance in my life, being the providers of scones (including the one I've been dreaming about since last week), brownies, and muffins that are wrapped like delicious little dough bouquets. 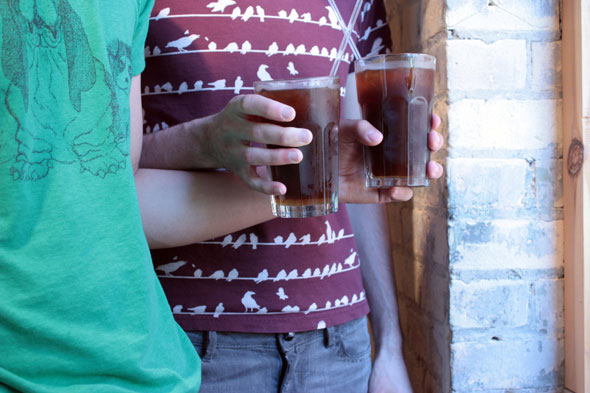 I carefully chose a butter tart, mostly because those geniuses- lo and behold!- thought to make them sans raisins. This is what my raisin-hating life has been waiting for all these years, so we thank you graciously. The butteriest butter tart I have ever tasted, meaning the filling was smooth and melt-y as hell (and so was the shell). I washed it down with a rich Americano ($2) that more than lived up to its namesake (Dark), with a hypnotizing swirl of crema on top. 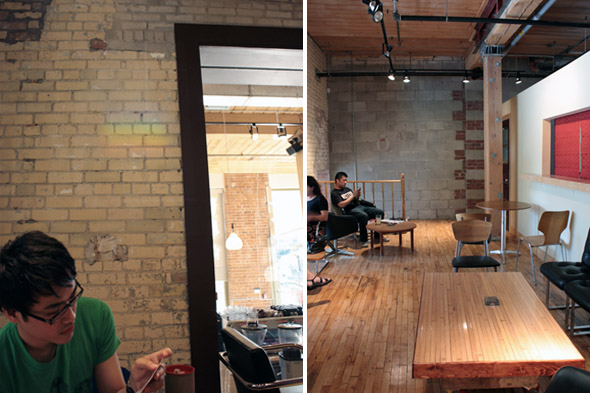 We made ourselves rather comfy, hidden up in the back for a good two hours. The aforementioned table style can lead one's conversation to alternate between self-consciously low tones or attempts at entertaining the person sitting across from you. About an hour in, our duo became a trio (the addition of a non-stranger, I'm afraid) and the conversation moved somewhat into the latter territory. Subconsciously, of course, and to little avail. 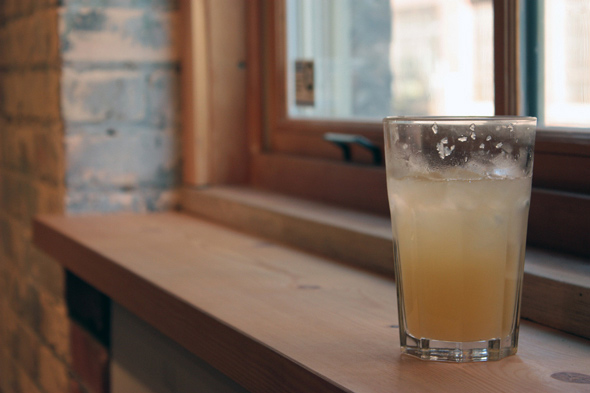 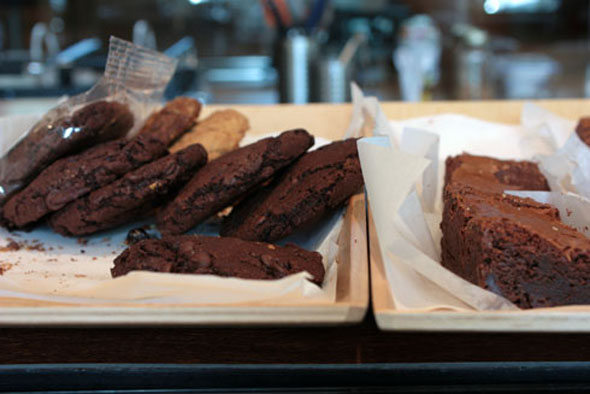 By this time, I was in dire need of lemonade ($3), and my friend was on his second iced latte ($3.75). The lower the sun dropped, the emptier the tables grew, the more I was unable to ignore the uncanny resemblance of this place to the dance studios of my distant past. The appearance of one Mr. Jonathan Richman over the speakers, and I found myself snapping photos in some kind of ecstatic but dignified dance. Lemonade that is (finally!) just sour enough will do that to ya. 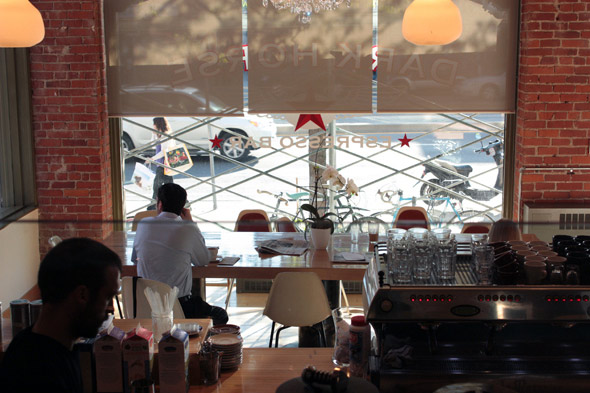