Cream Tangerine Café is in the process of workin' it out. They've got big plans for their big space and are busy smoothing out a shtick for September. Lisa Shuttleworth, owner around here, has visions of a rentable space for community groups, after school clubs, art openings, and classes of various kinds (starting with Yoga this fall, taught by Lisa herself). Alyssa and I are finishing up lunch, and Lisa's joined us at the table to talk about her new cafe inside The Great Hall at Queen and Dovercourt. "And I'm an Ayurvedic nutritionist," she says, "so I thought of doing something where I read people and tell them what their body needs and then have juices and teas available to suit those needs." She pauses before continuing, "I think people would like this because we all enjoy talking about ourselves, right?" 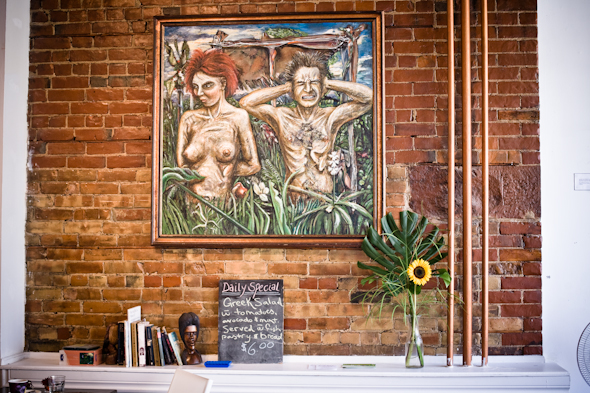 Much of Cream Tangerine is still in the works, but its far established itself as a fresh little café. The space is big with a bit of furniture, high ceilings, lots of natural light and paintings on the walls. New art goes up every second Thursday (which means there is also an opening every second Thursday). They've got free WiFi, which means they've also got a lot of lone customers on those Macintosh computers and the place is very quiet because work is getting done. 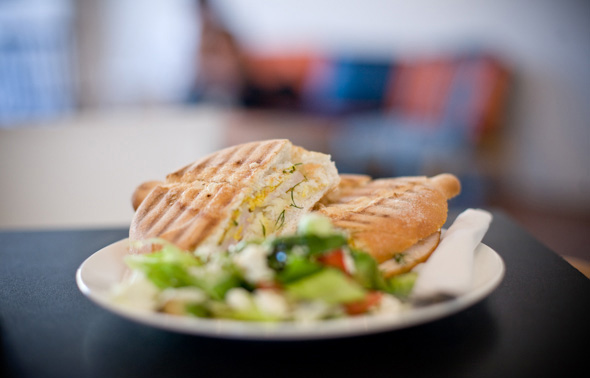 The fridge is packed with nice looking ingredients ready to be assembled into a sandwich with fresh bread baked in house (with dough imported from Alcoa bakery). Coffee is brewed from Organica (an organic and fair trade brew) and Barzula beans, the blend rotating every week. Emily (the girl behind the counter that day) bakes most of the cupcakes and muffins and Lisa bakes the sweet and savoury croissants (a gigantic ham and cheese croissant looks rather enticing). I ask Lisa where she learned to make croissants and she almost looks confused by the question. She shrugs her shoulders, "I don't know, I just..." Me, I'm rather intimidated by the process of baking a croissant, but I guess for some people (for Lisa!) it ain't no thing. 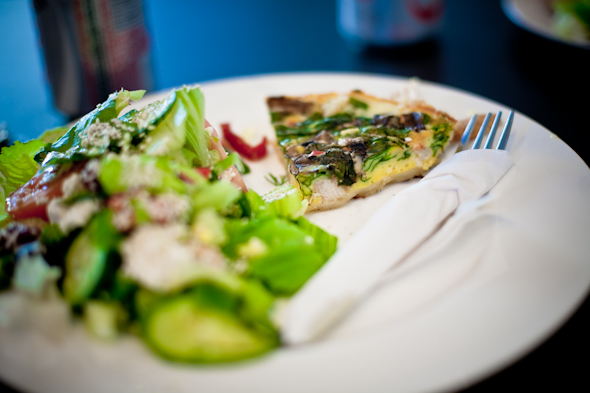 For lunch I had a turkey sandwich, slightly toasted with mustard and shredded cheese, thick slices of meat and lots of dill. Alyssa had a tiny slice of quiche with spinach and bacon, quite rich and dense and not so eggy. Both plates had a side salad with sesame seeds and avocado. Our meals are simple with a just a few ingredients, but everything is fresh and energizing, so I feel good when I'm through. It's enough for me to return for one of those Ayurvedic consultations and juice, especially since I get to talk about myself! 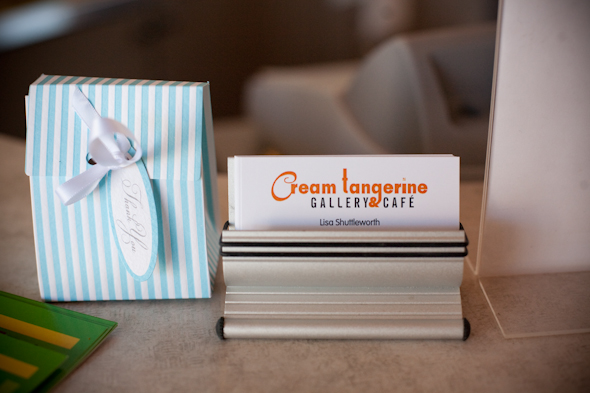 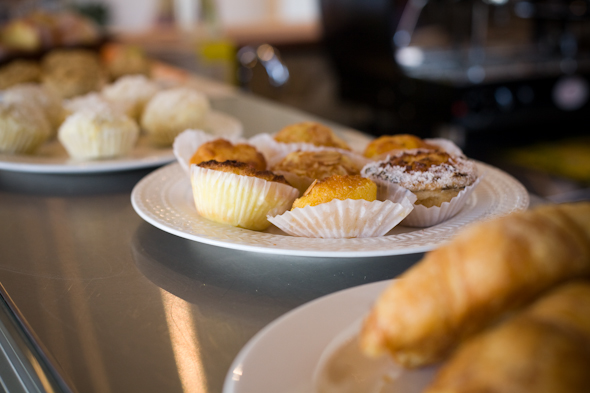 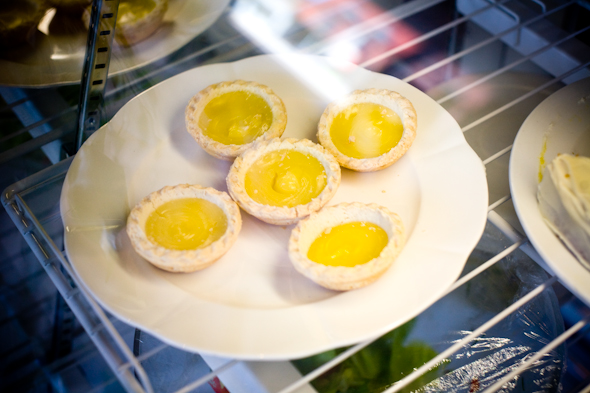 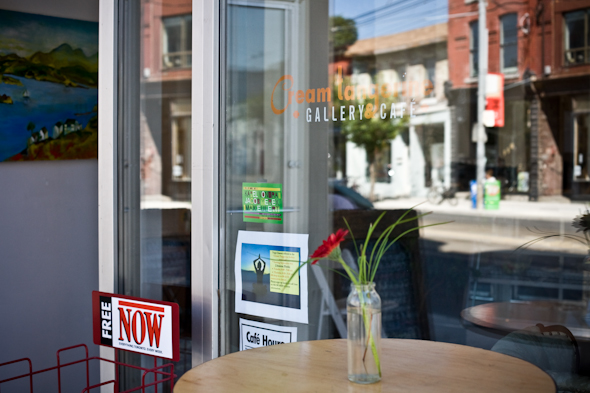 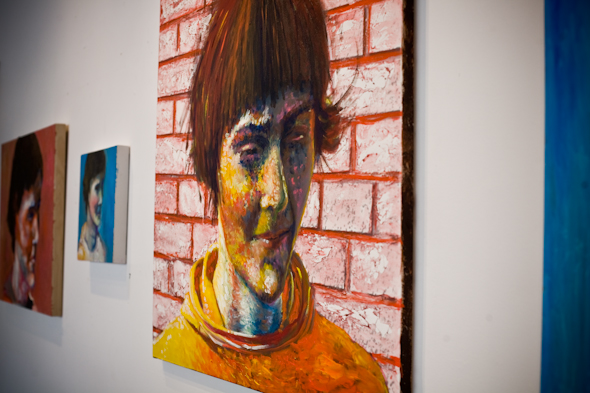