Owner Christina Cho has spent a lot of time travelling, during her global visits she always made a point to try out cafes and bakeries in different countries. 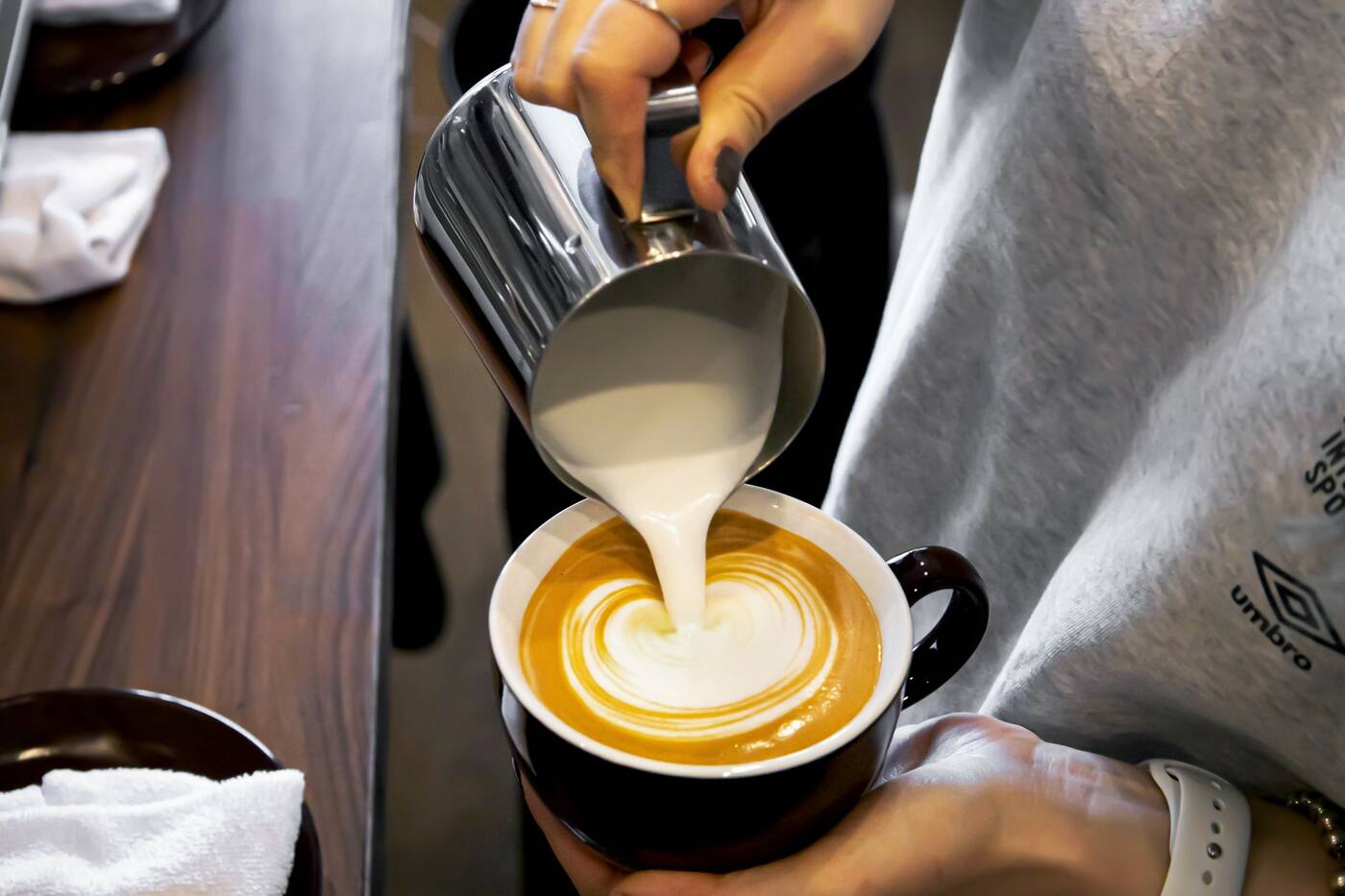 Cho's love for all things coffee and pastries prompted her to take baking lessons with chefs from Korea, Japan and France while she was travelling there. 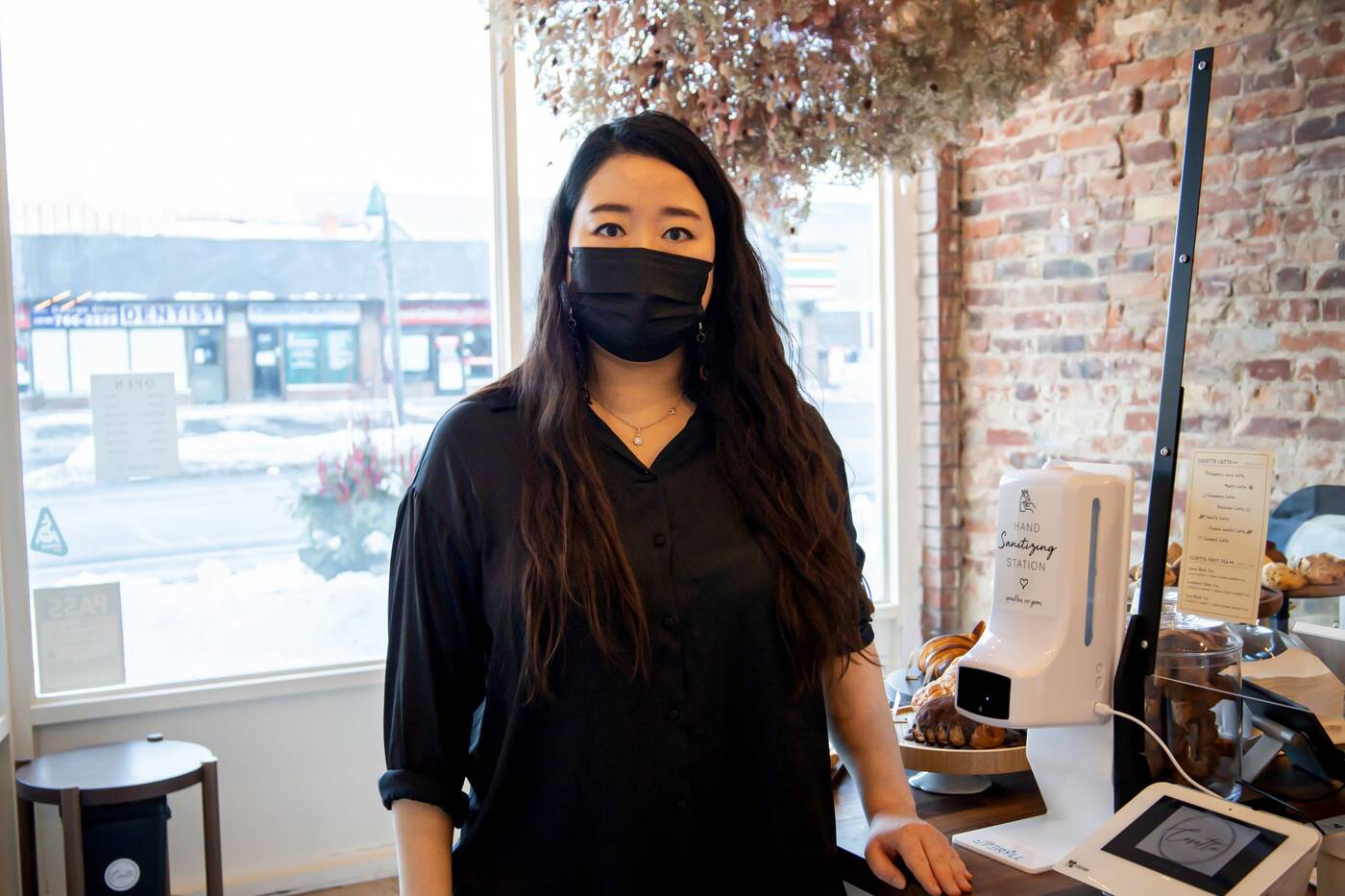 Inspired by what she learned, Cho brought all her knowledge together to open up Cosette, developing her own recipes and baking everything on-site at the cafe. 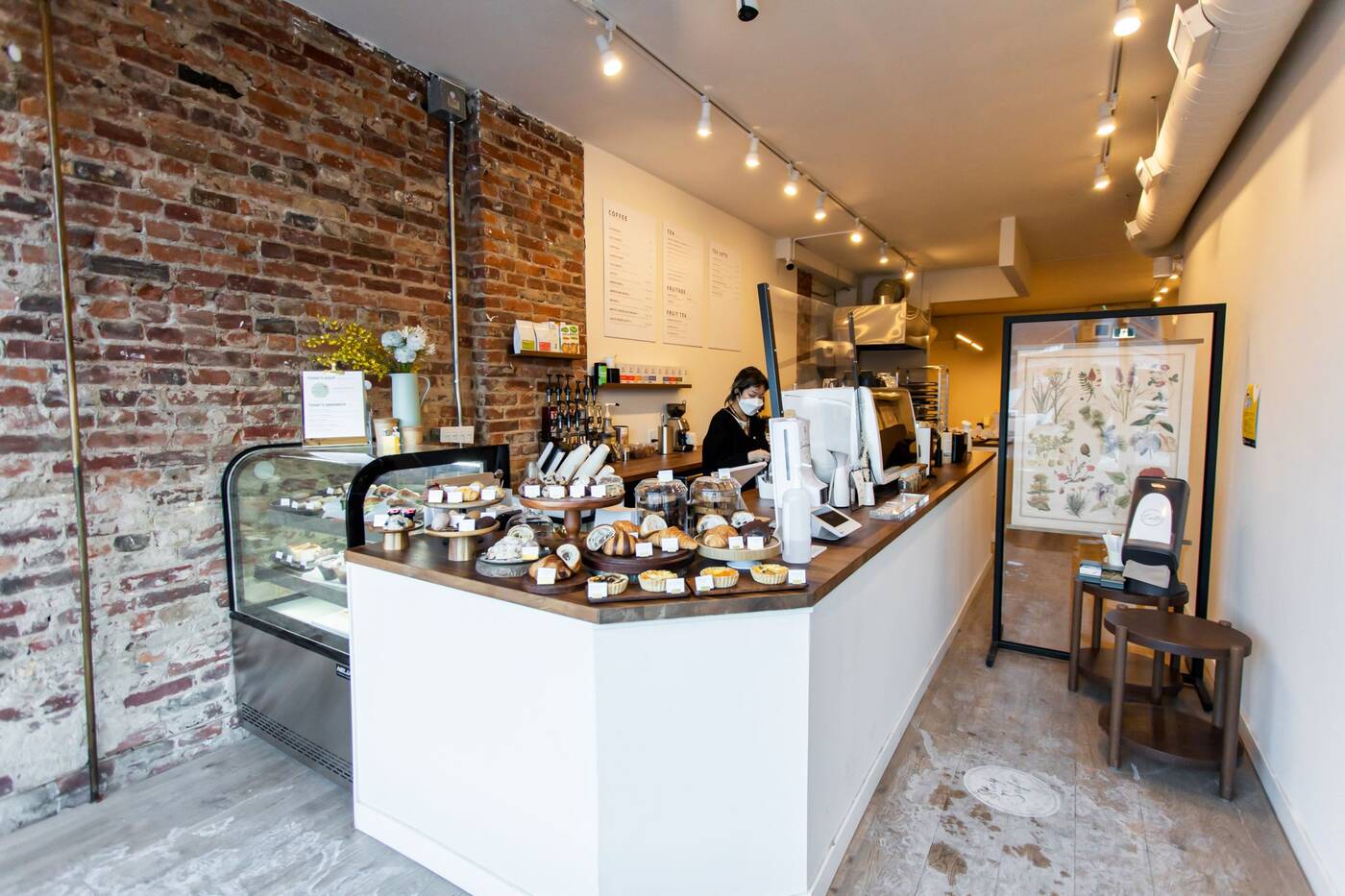 Cosette means "cozy" in French, and this vibe is maintained throughout the entire cafe, bundles of flowers hang from two points on the ceiling, there's a light and airy feel when you walk inside. 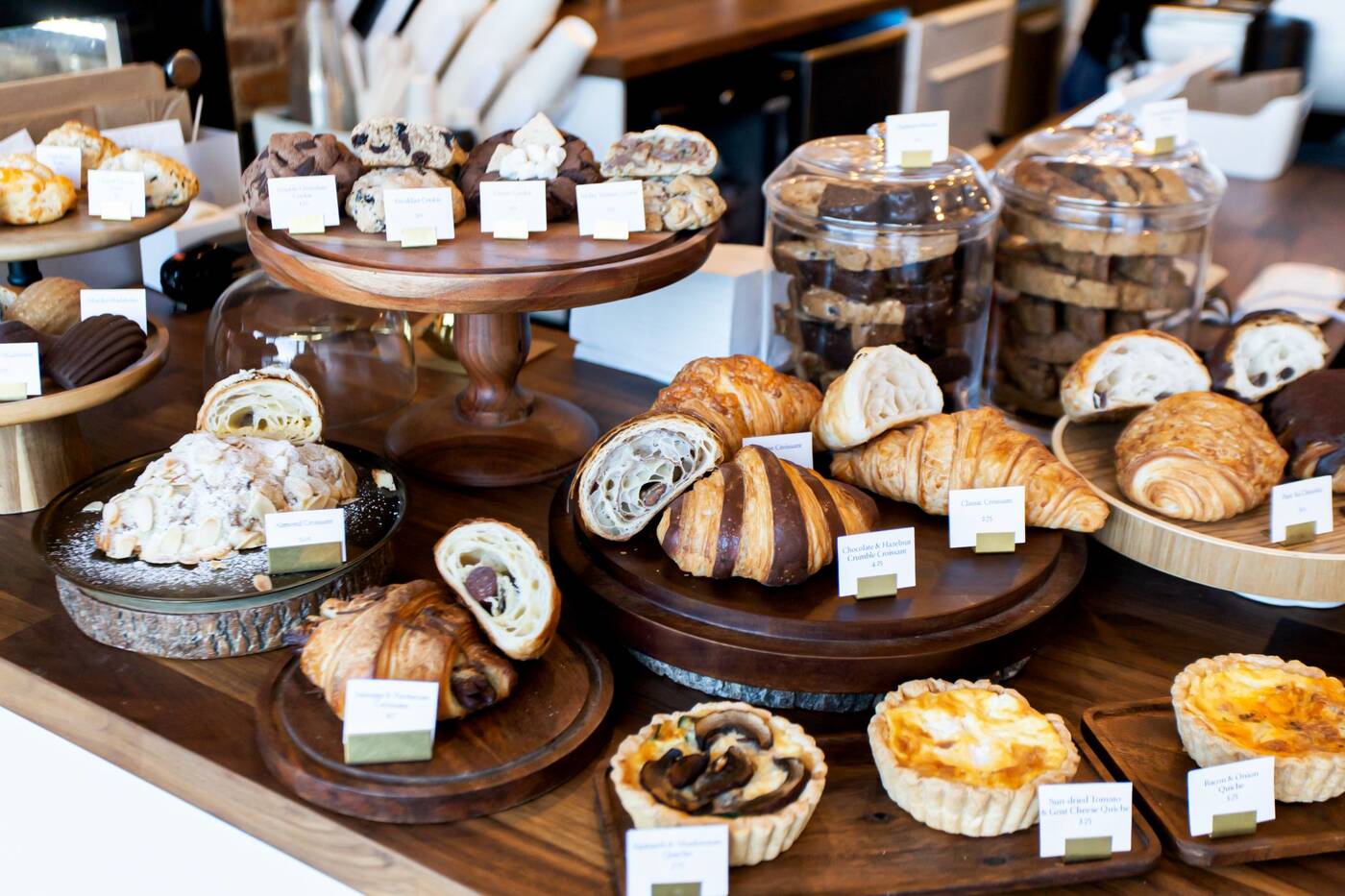 A pleasing display of pastries awaits your arrival, there's a mix of croissants, cookies, quiches and Japanese cheesecake. 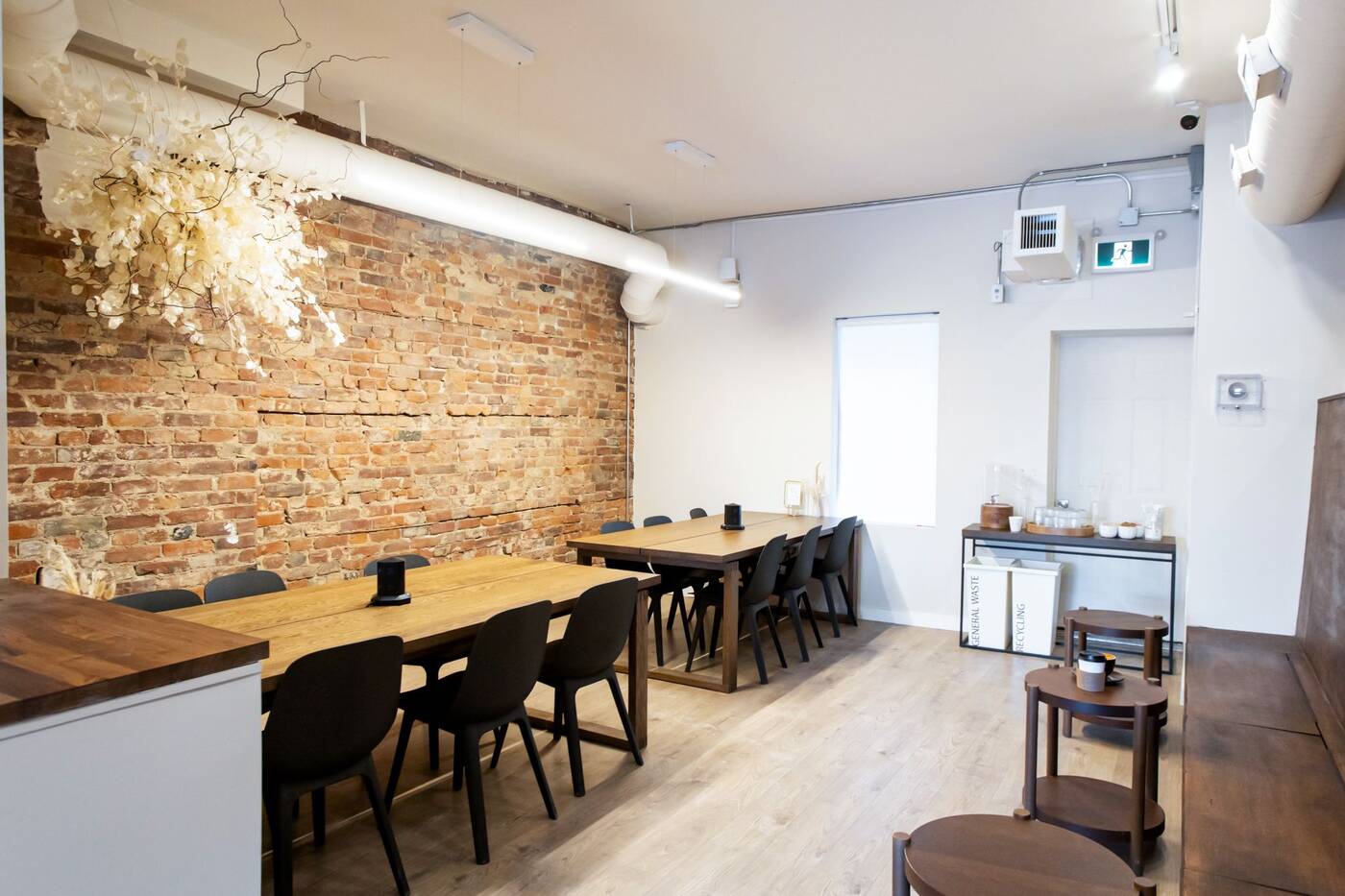 After grabbing your order, head to the back seating area, where you'll find a ton of outlets and seating space to get some work or studying done. 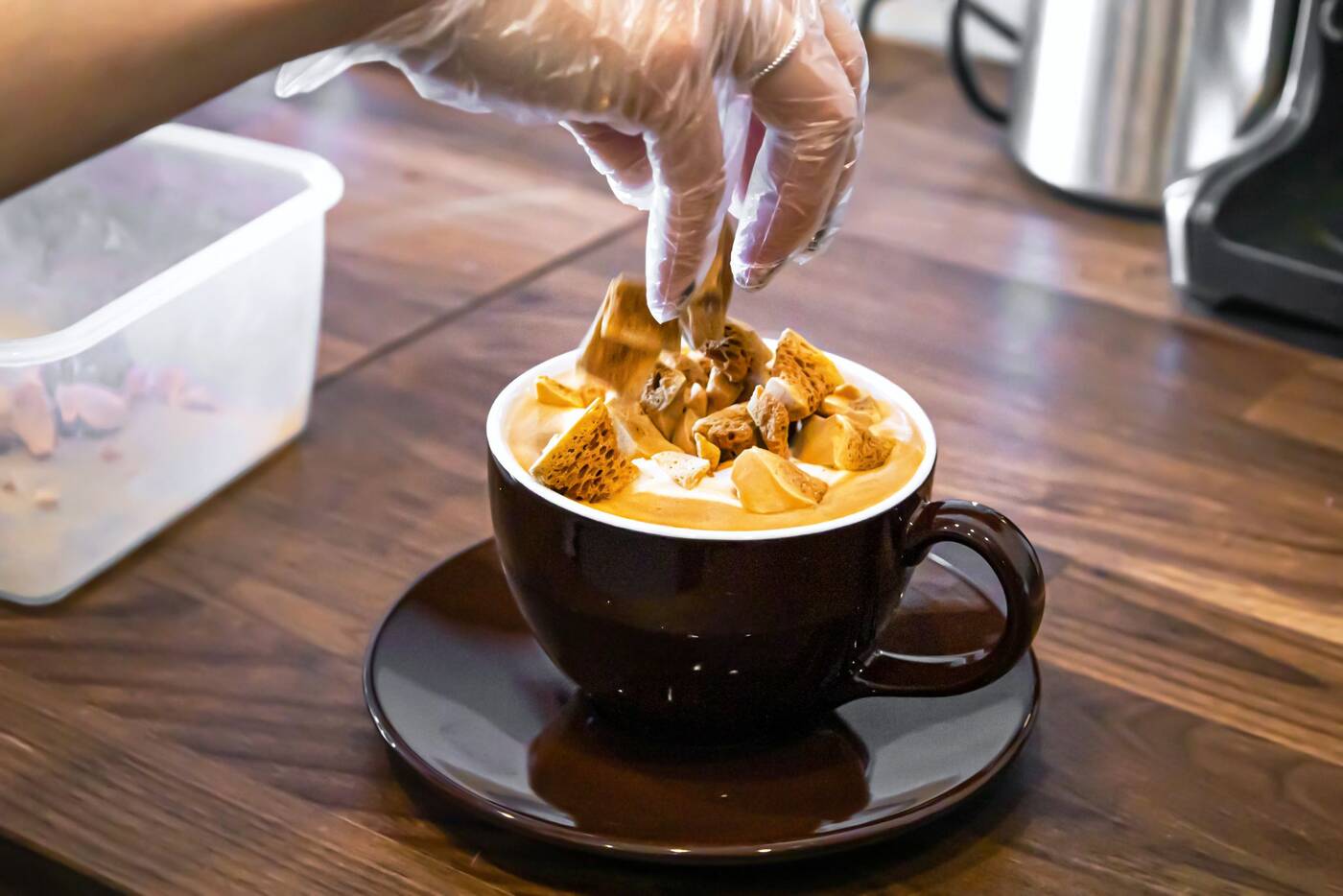 The Gold Crush Latte ($5.00 for regular, $6.25 for large) blends two shots of espresso and steamed milk that's frothed together to make a toast-coloured foam. 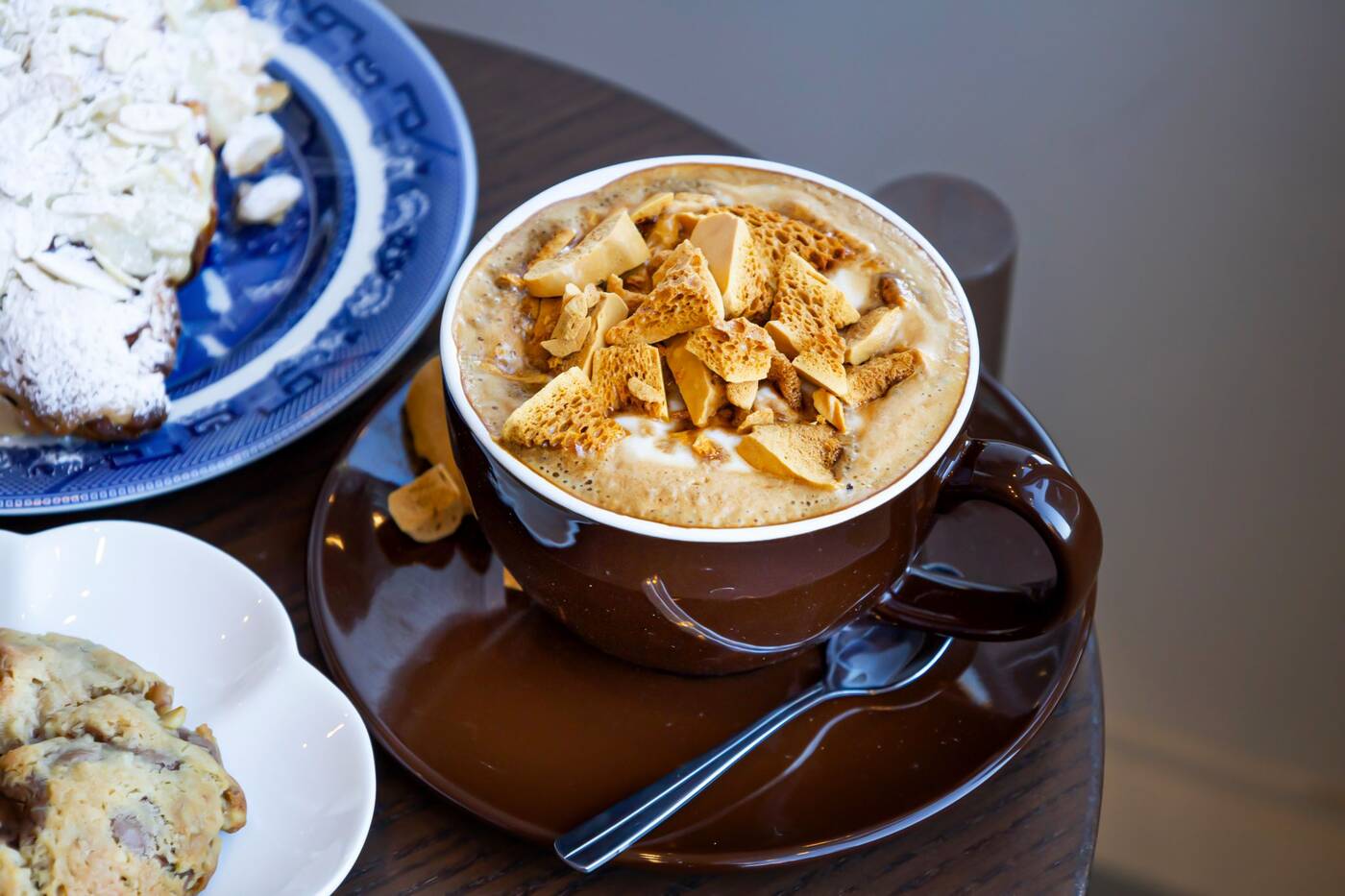 The best part about this drink is the crumbled Dalgona on top, it's an old-school Korean sugar cookie that soaks up the coffee to add just the right amount of sweetness to the drink. 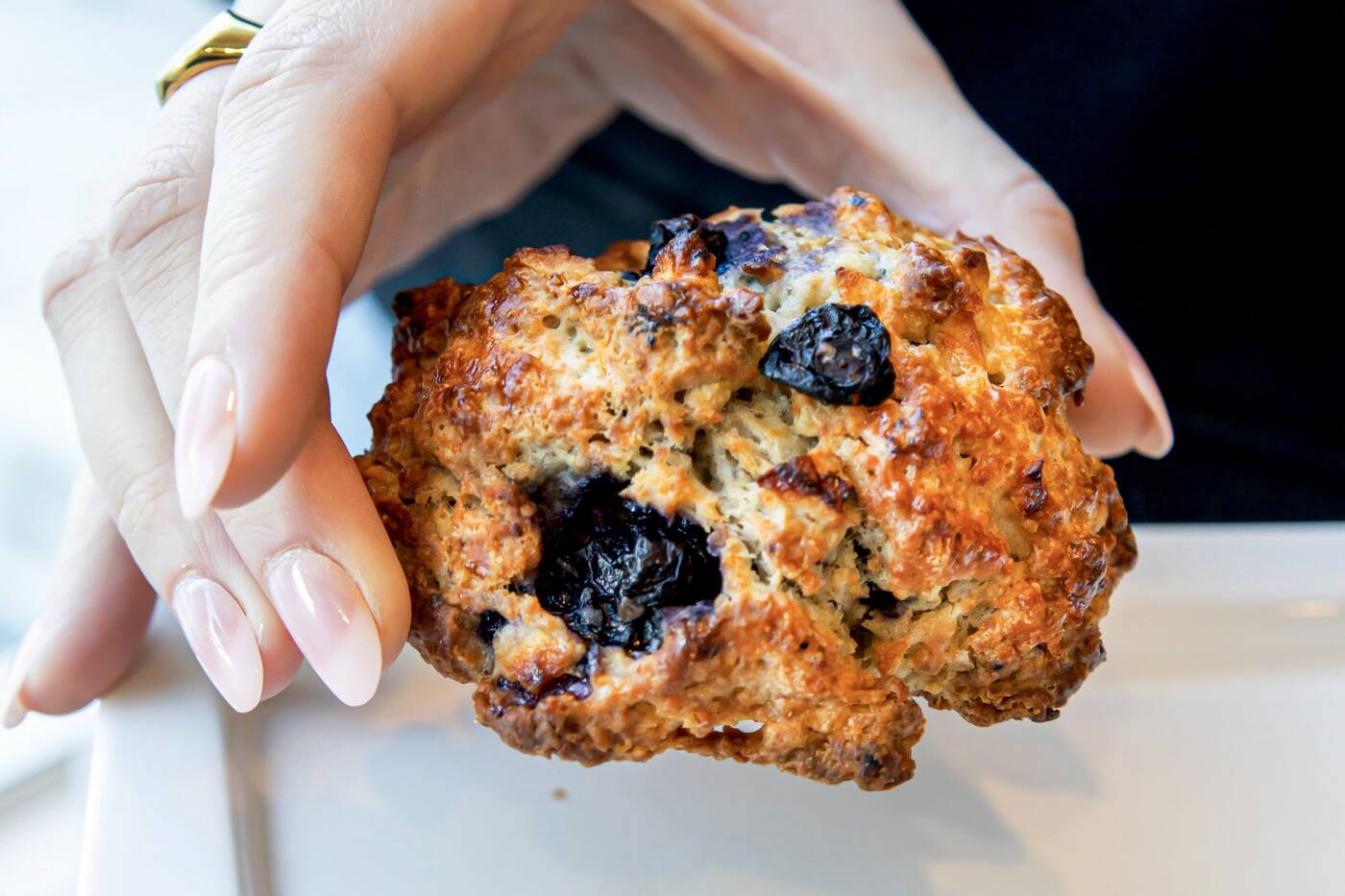 A simple choice for a quick breakfast would be the Blueberry, Apple, Cinnamon Scone ($3.75). Just as its name suggests real fruit is baked inside of the pastry, including freshly sliced apples and a pinch of cinnamon. Best eaten fresh out of the oven when the store first opens. 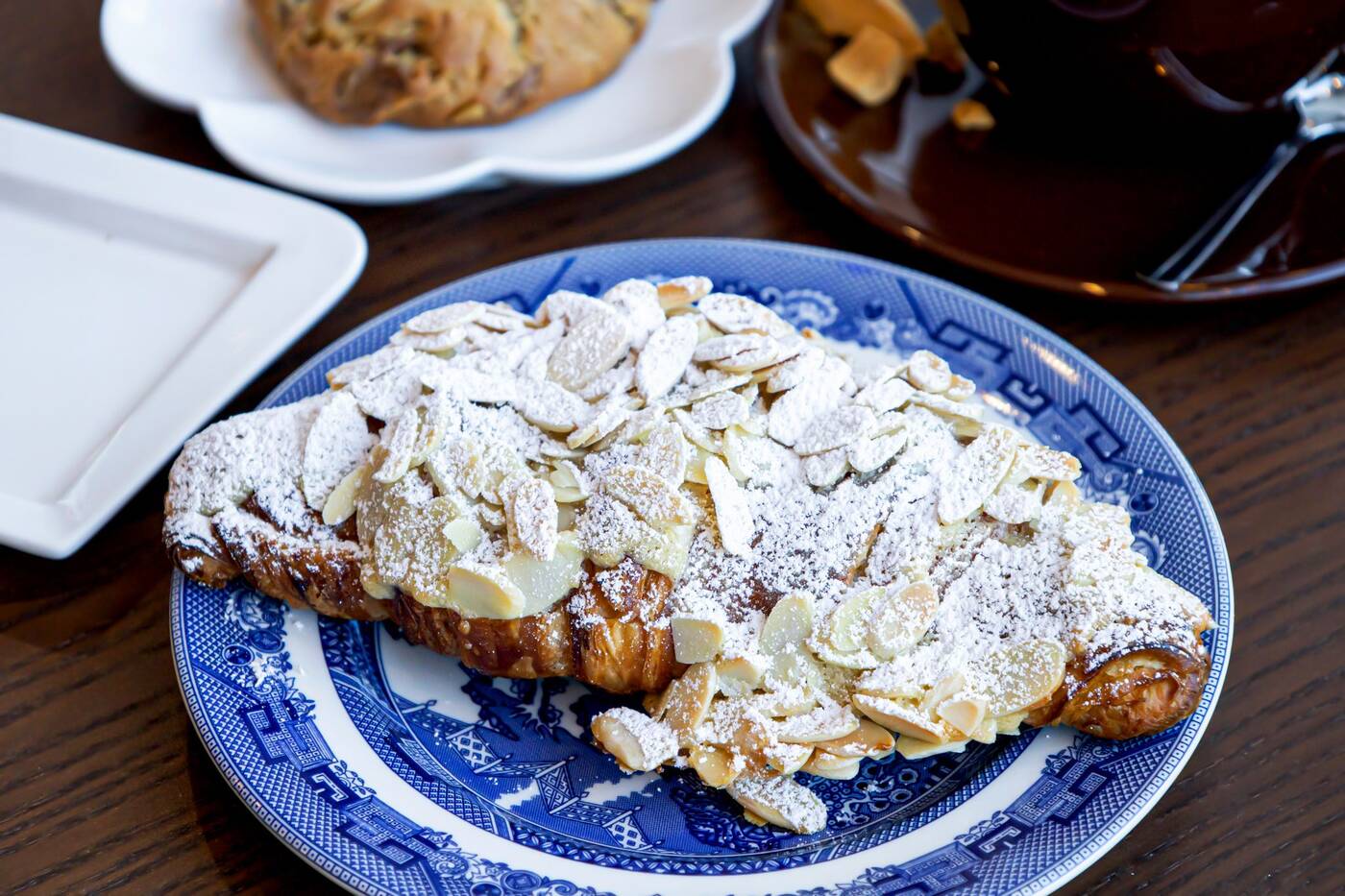 The Almond Croissant ($5.05) is a bit of a mouthful, but worth every bite. Almond butter and rum is combined to whip up an almond cream that resides in the centre of the croissant. Toasted almond slices are baked into the top and heavy hand of powdered sugar finishes it off. 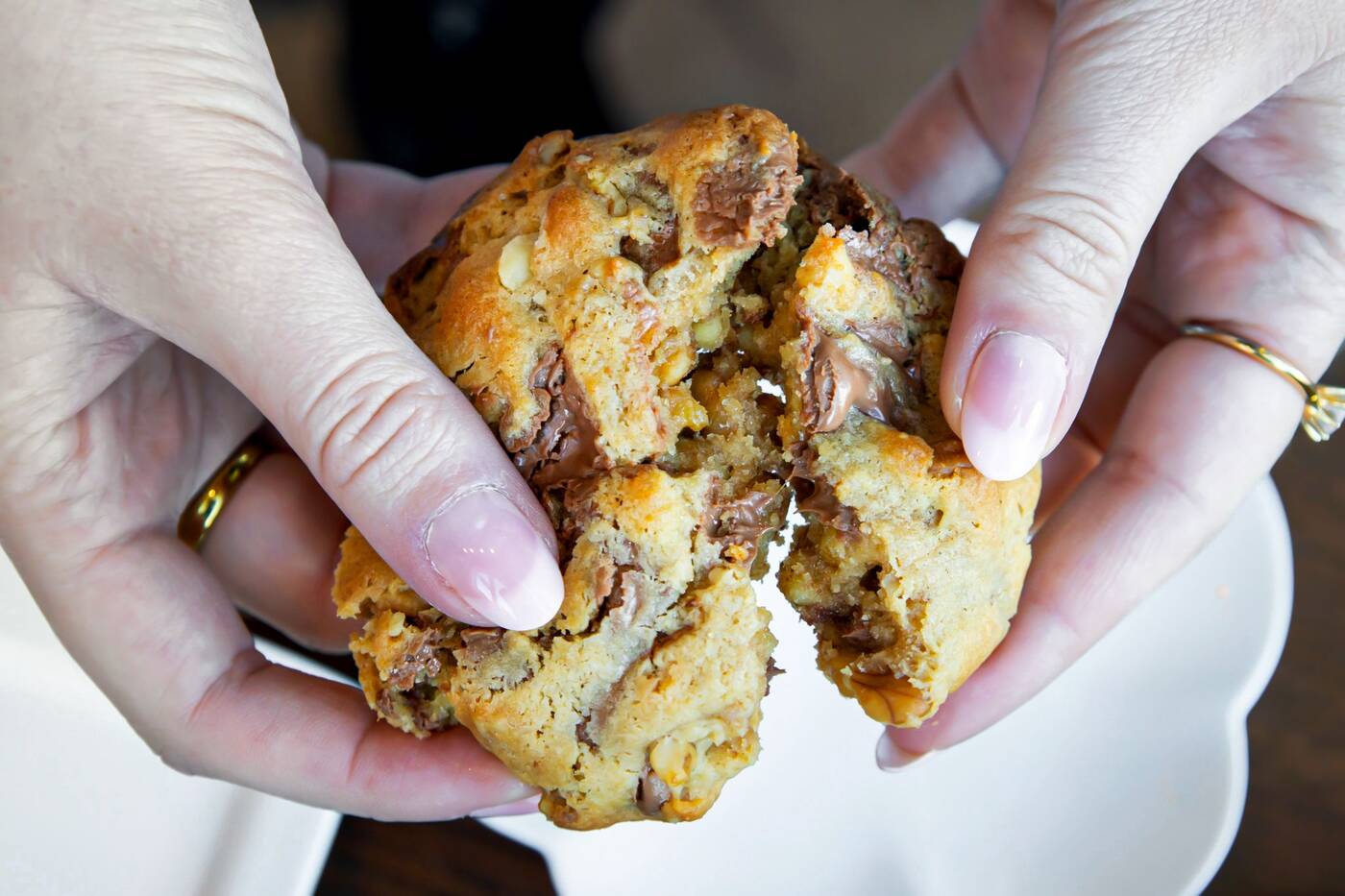 Another dessert-like option at Cosette is the Milky Walnut Cookie ($3.75). Brown sugar and butter combined with flour and eggs make the base of the dough. A helping of toasted walnuts and belgian milk chocolate are added in for a creamy crunch, you won't be able to resist. 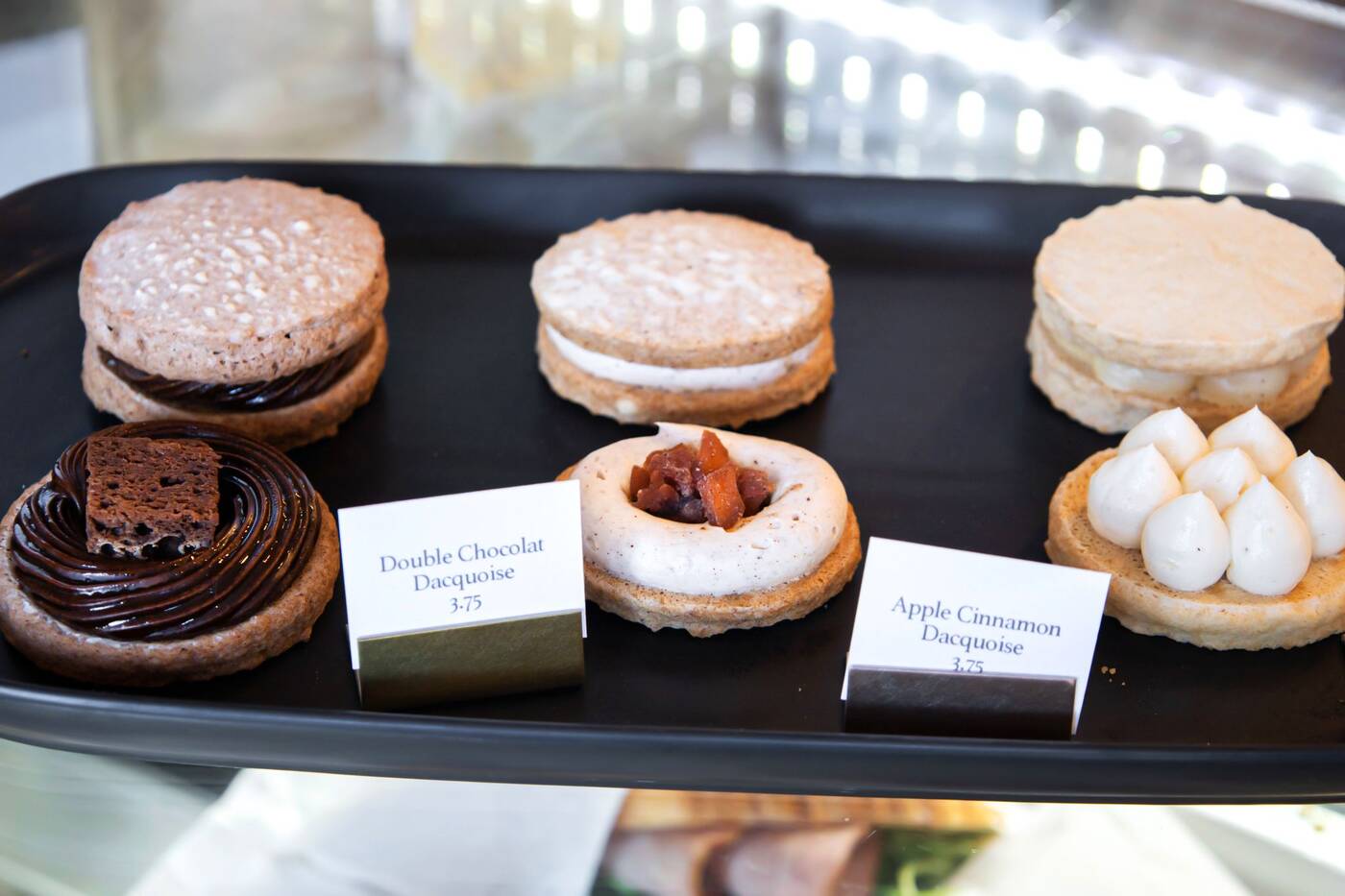 Just a minute walk away from High Park, Cosette Coffee is a great place to stop in before a walk outside, unlike cafes situated downtown, you'll feel at ease walking in to a calm atmosphere without too many other people around in the morning. 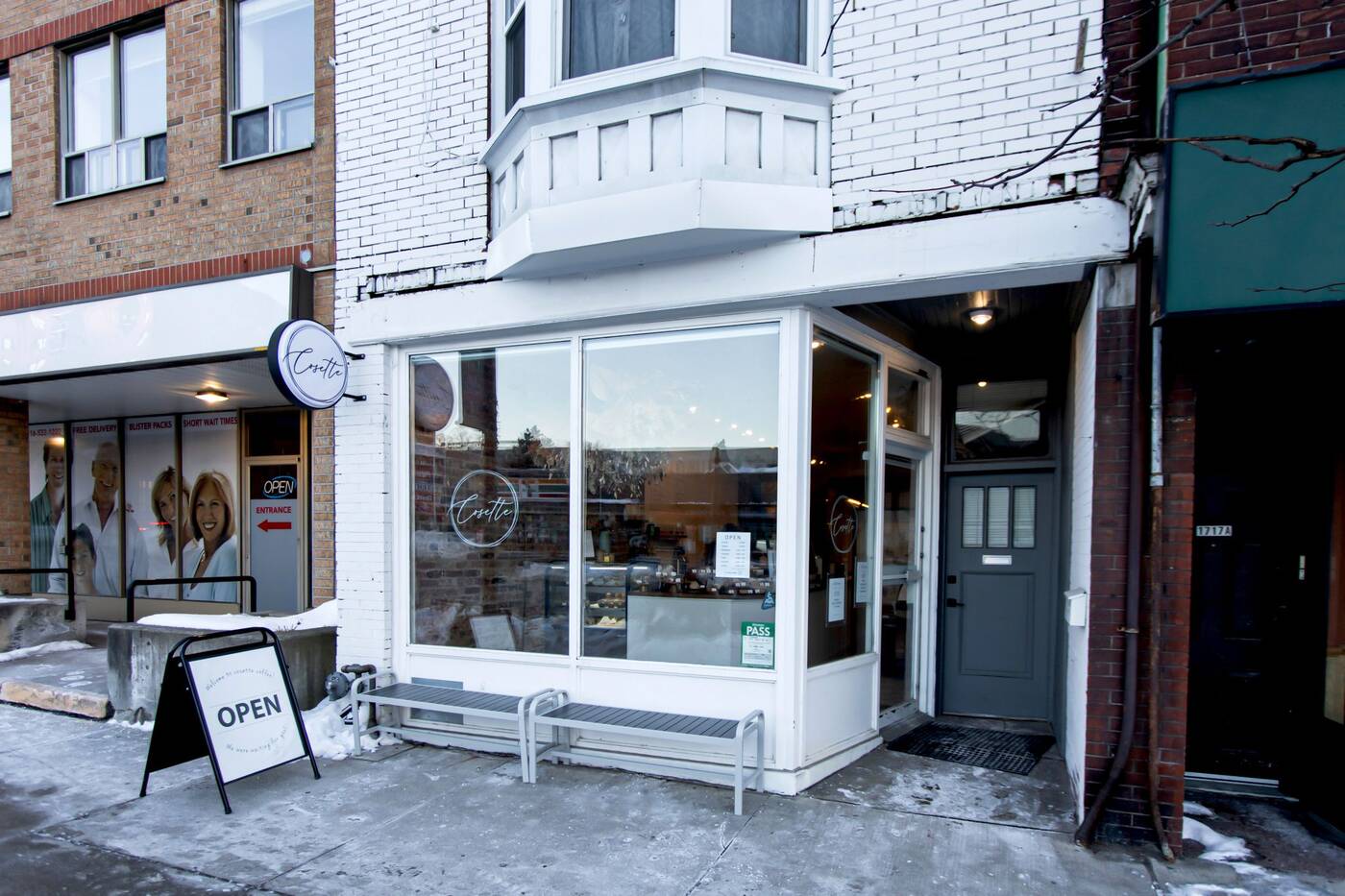