The Common (Bloor) is currently open but their offerings and services may be affected due to the pandemic. Please contact the business directly for more information about any changes. Is this your business? Please contact us if you would like to update this message.

The Common (Bloor) is the second café of its kind to grace Toronto, modeled after the original incarnation over at College and Dufferin.

For years, The Common name has been associated with the $2 Americano, the menu-less mantra, and the option of medium or dark roast. And indeed, that same basic profile has been carried over here to Bloor and Rusholme, but with a lot more room to offer. 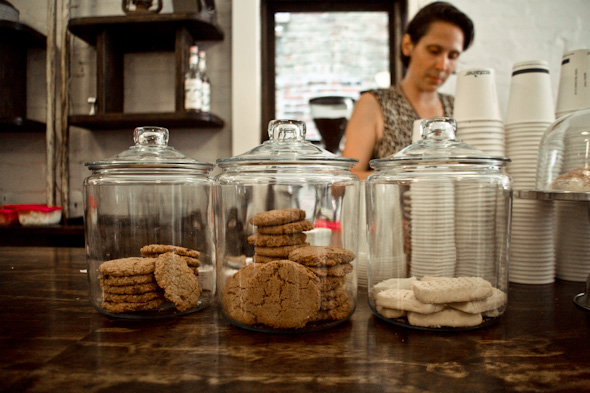 From the outside, this new Common looks a lot like its slightly southwest source of inspiration. With its name across the window, a line of chairs has been arranged outside along the sidewalk, with a steady flow of (cutoff-clad) patrons filing in and out of its doors. Inside, much like The Common on College, people have settled in seats with their laptops, the only difference being they can't see what on their neighbour's screens. 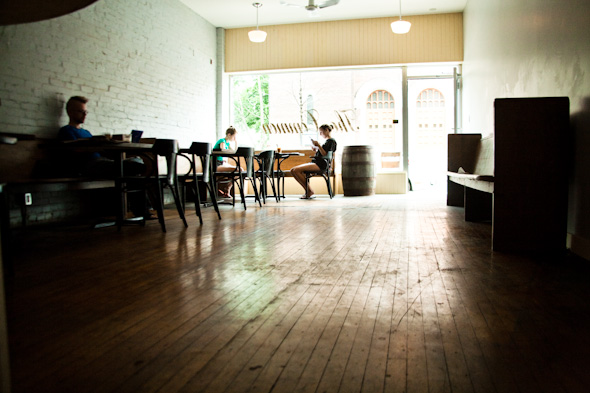 Yes, The Common (Bloor) is blessed with space. With old church pews arranged along perimeter with dark stained tables set alongside, there's a big open space in the centre that ostensibly could be used for more seating. Though I, of course, love the open feel. The vibe is minimally rustic with an old oak barrel sitting by the door and old watering cans and pails set on shelves around the cafÃ©. And best of all — a foosball table sitting ready in the back. No menuboard, as is The Common practice, but a bright La Marzocco telling you all you need to know. 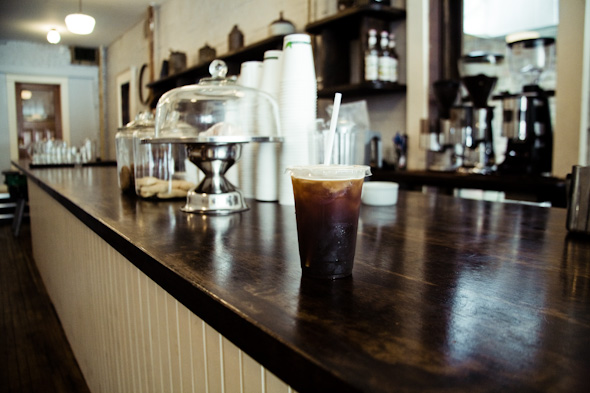 Owners Ed and Anna aren't in when I stop by, though I chat with Anna over the phone the next day. She tells me she approached Ed to partner on a new location, looking all over the city but ultimately deciding that, "Dufferin Grove felt like home."

"We definitely wanted to keep the same vibe," she says. "But I think something bigger was definitely appealing to Ed." 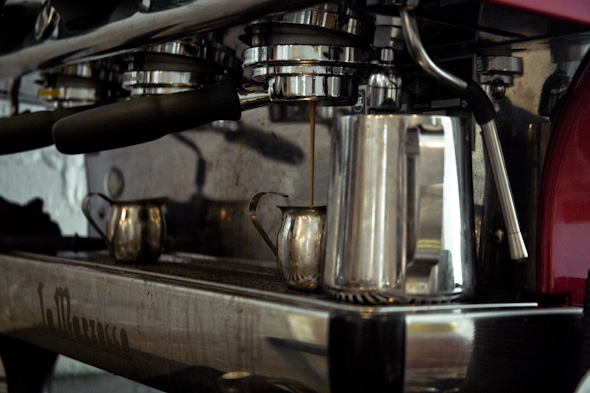 The barista confirms that the blends offered are the same as on College — Rufino Super Bar and a custom blend by Mountain View. I order an iced Americano ($3.00) and instead of offering the completed drink, she prepares a cup of ice water before pulling the espresso. None of that terrible liquid sugar — I dissolve a little bit of brown into the espresso before pouring it over the ice water, crema intact. The best way, in my trying-not-be-be-a-snob opinion, to offer up an iced Americano. 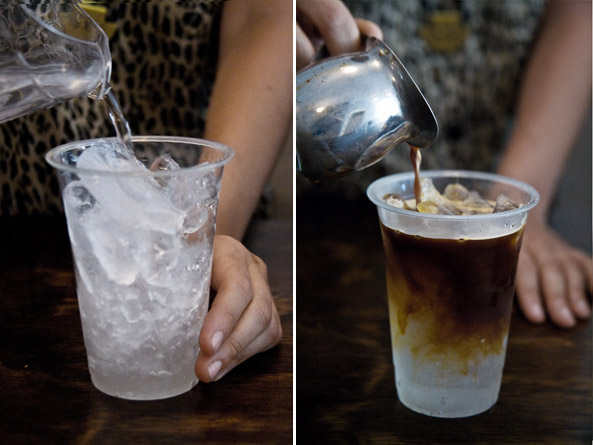 And the drink is lovely; quite strong initially with a smooth, fruity finish, and fading as the ice melts to dilute the espresso further. My one qualm is that milks (soy and Harmony organics) have been left on the counter and are somewhat warm to the touch. While the space has a nice circulation going with a couple of ceiling fans at full speed, I'd wager it's not enough to keep that milk cool. Granted, I'm a bit of a freak when it comes to proper dairy refrigeration, but I'd much rather the nuisance of having to ask for a carton from the fridge than have it sit on the counter during a heat wave. 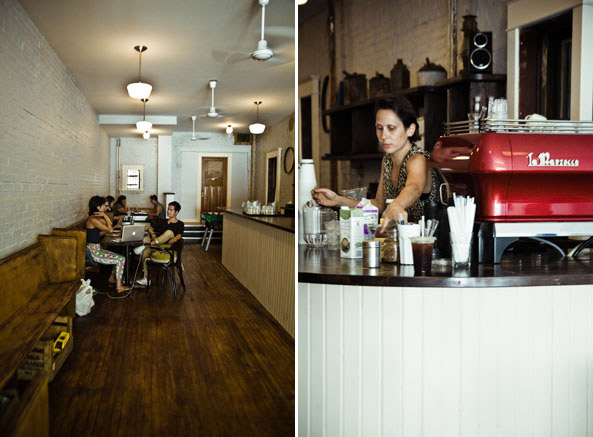 But milk or no milk, there's ample room for me to find a seat and settle in. The Common also has a modest spread of locally made baked goods including shortbread bites and coconut cookies. But the main attraction, surely, is the wealth of space (or the foosball table — whatever). For all The Common ambiance without the elbow nudging, this new spot seems a perfect cafÃ©-workspace fit. 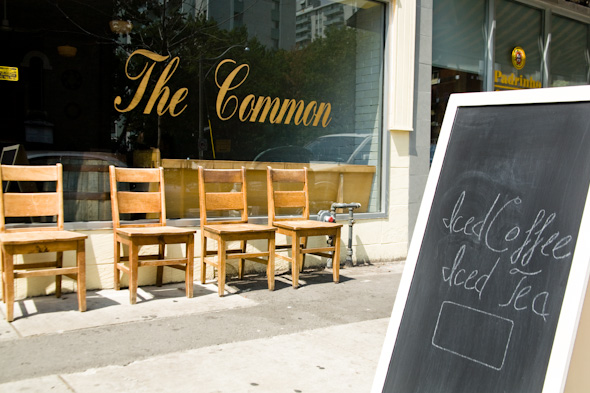 The Best Cafes for Free WiFi in Toronto