Chachi's Chai Bar is a refreshing spot chai tea: for the staple blend that's been been consumed in India for thousands of years.

The cafe is a brainchild of siblings Maisara and Zubair Memon, who describe Chachi's as a way to reimagine the tea they grew up drinking as a versatile ingredient, rather than a drink consumed solely for tradition. 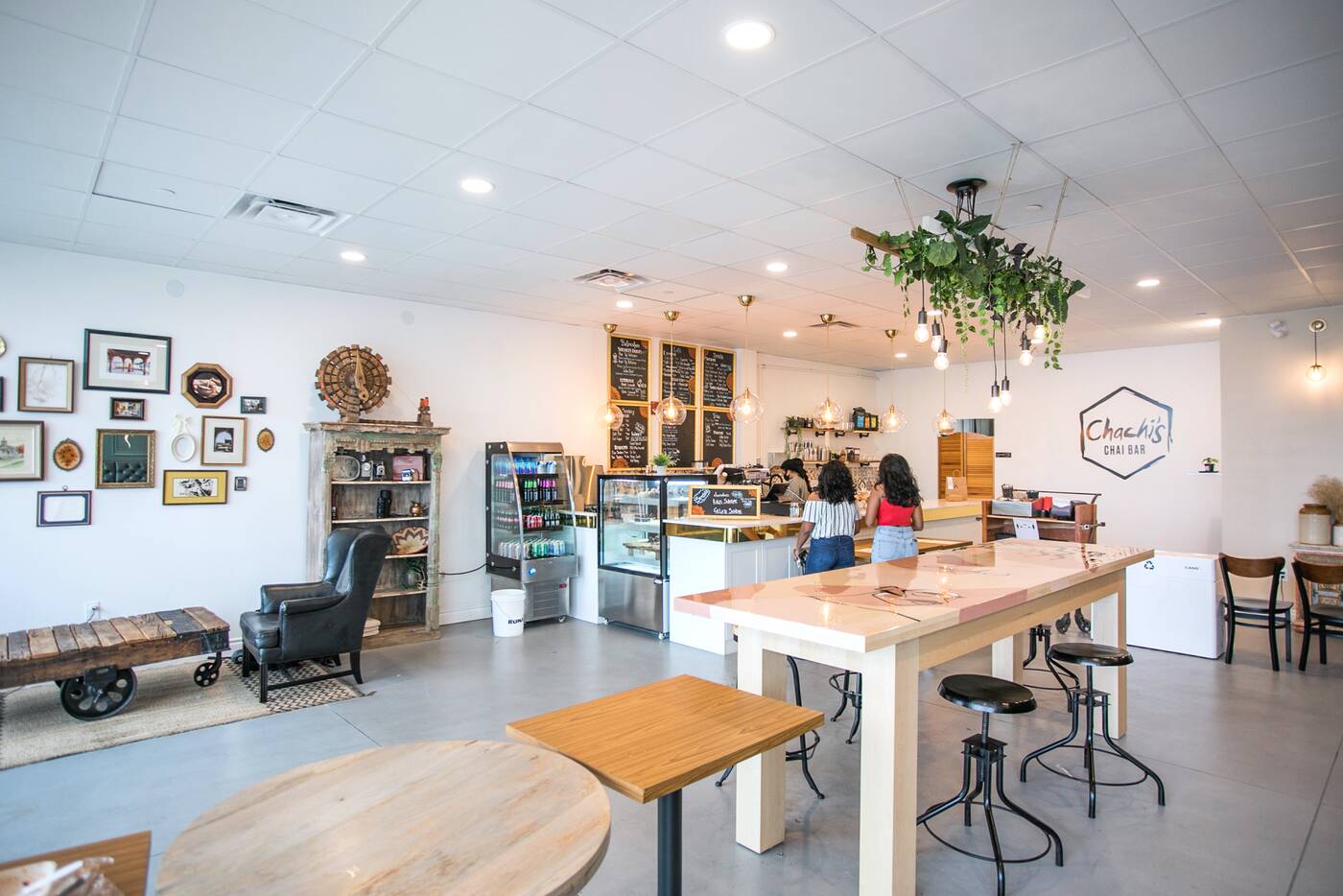 Located at the south end of the Eglinton Town Centre, the first thing you'll notice about Chachi's is that it's very pretty.

Spacious seating and a centrepiece table all look like the perfect place to post up with a cup of chai or coffee and a book. 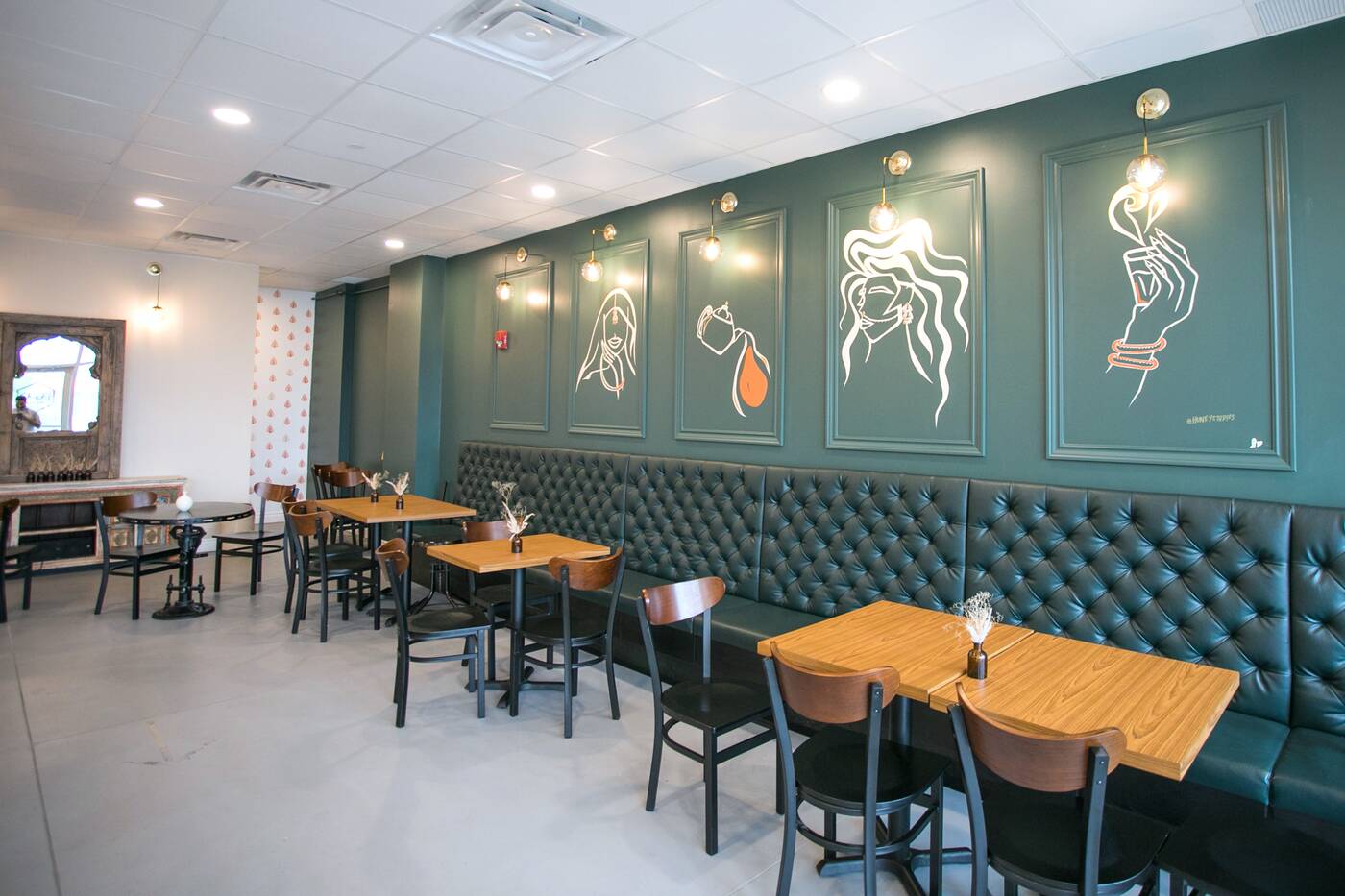 Both fresh out of university, Maisara and Zubair bring a enthusiasm to chai that reflects a sentiment I hear often from the Indian community: there just aren't enough places in Toronto where you can get a good cup of chai (the 'chai' lattes from Starbucks and Second Cup definitely don't count). 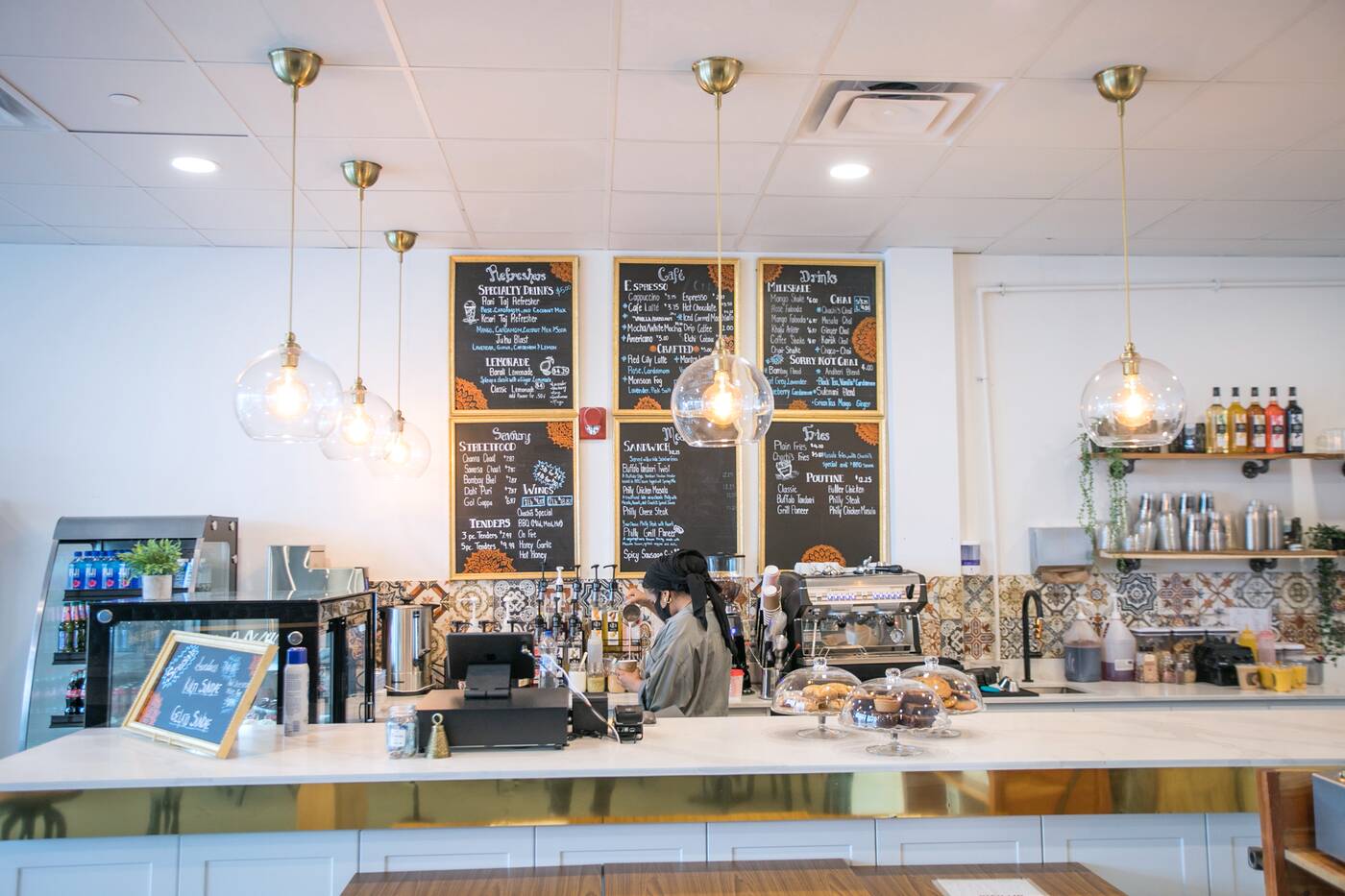 Black tea leaves for Chachi's (named after their father's nickname) are imported from an area of Gujarat where the Memons' mom grew up. It's a field that's grown over the years from a small plot to more of a global operation, they say. 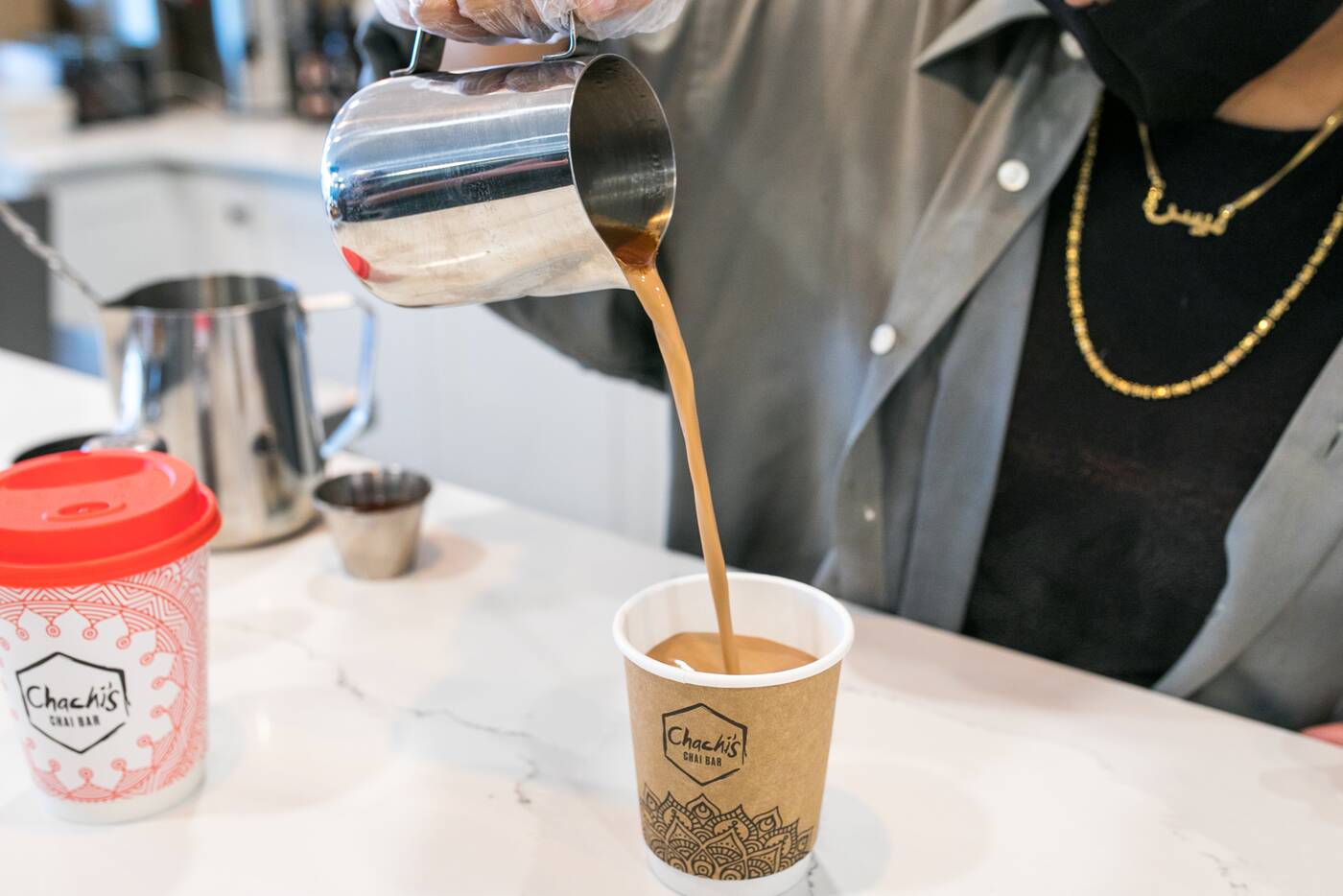 There are different types of chai, all which depend on the spices that the tea leaves are simmered with, often with milk: cardamon, ginger, cinnamon, fennel seeds, and cloves are some common options. 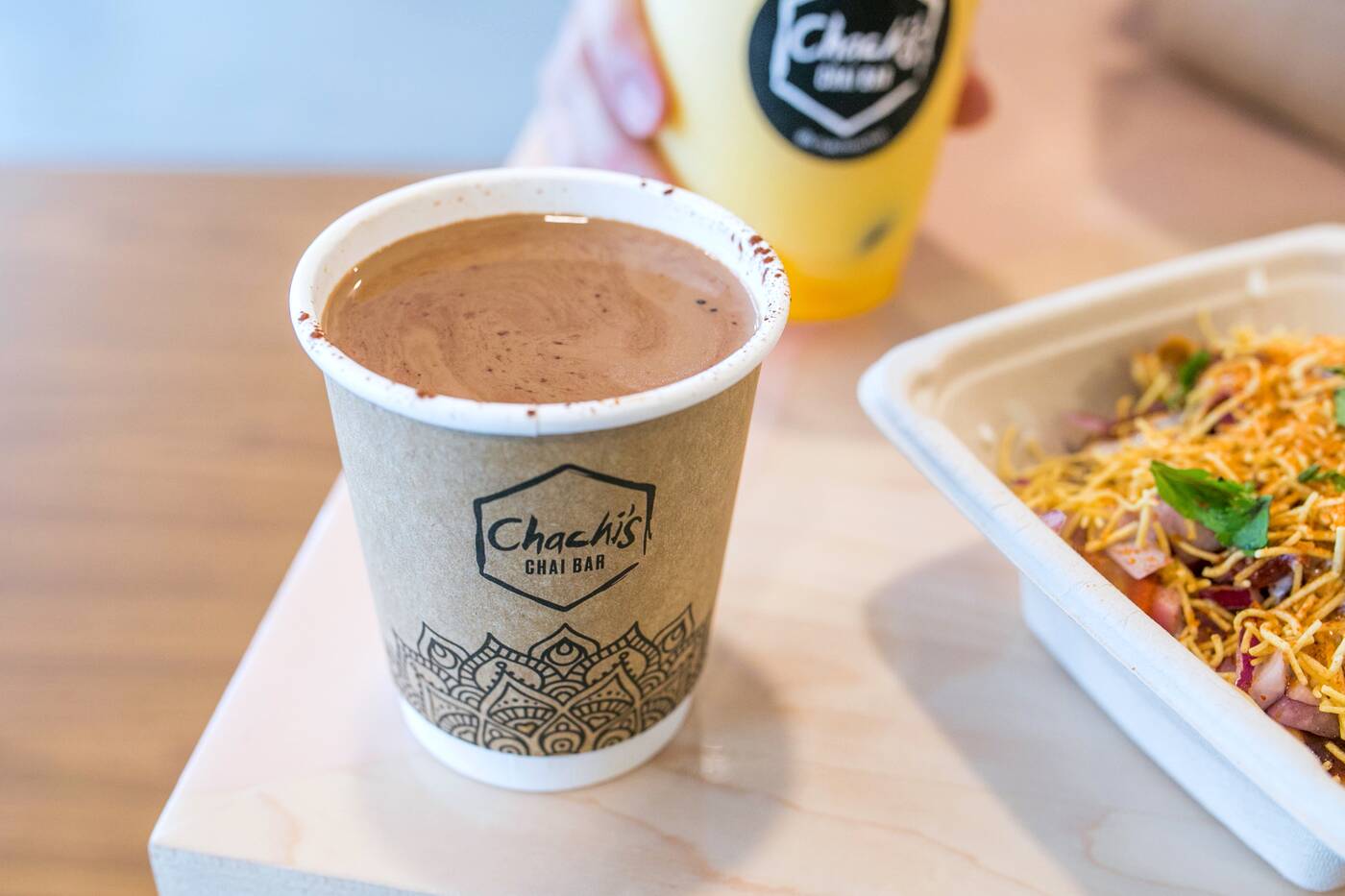 You'll find the traditional cups here (masala, kharak, ginger, kashmiri), $3.25 for a small, but there are also styles you probably wouldn't find in India, like the Chacolate Chai ($3.25), which mixes chai with dark chocolate syrup and a dash of cocoa powder. 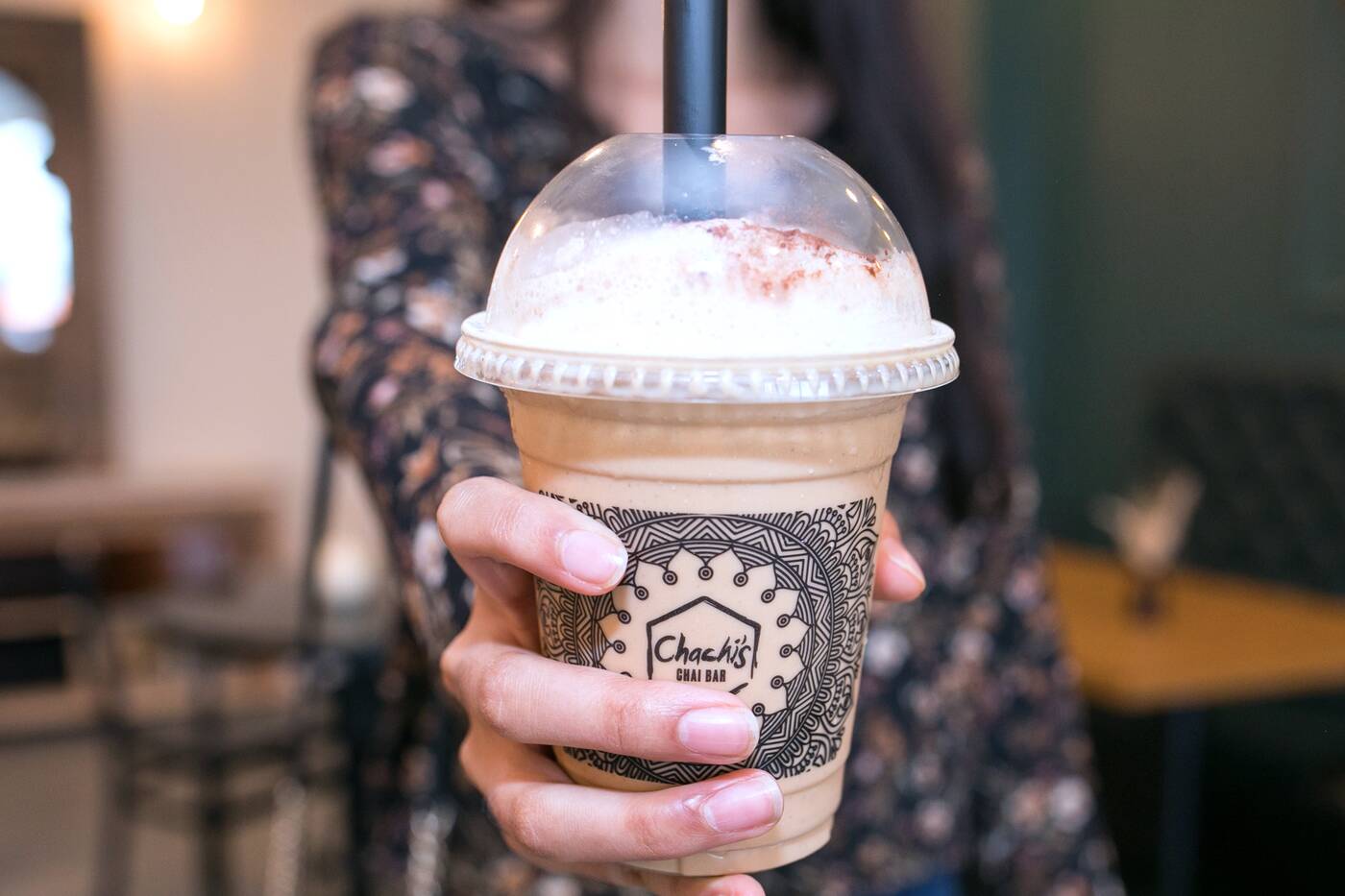 The cold drinks, many of which are takes on traditional Indian refreshers, steal the show. That includes the chai shake ($6.87), a milky drink that's as refreshing as it look. 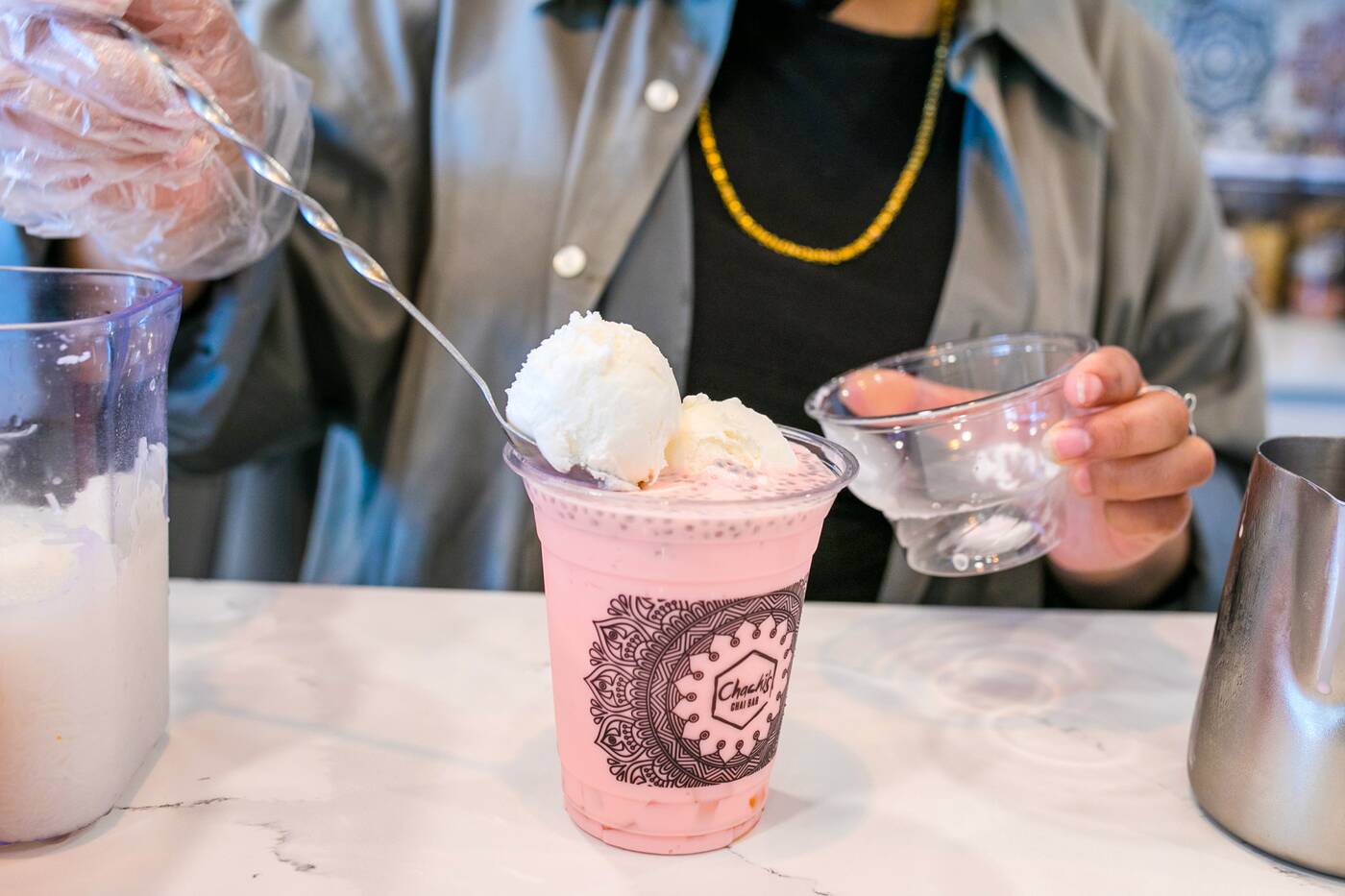 There are also a couple of Faloodas: popular Indian desserts often served at weddings that include fine vermicelli noodles, sweet basil seeds, milk, and ice cream. 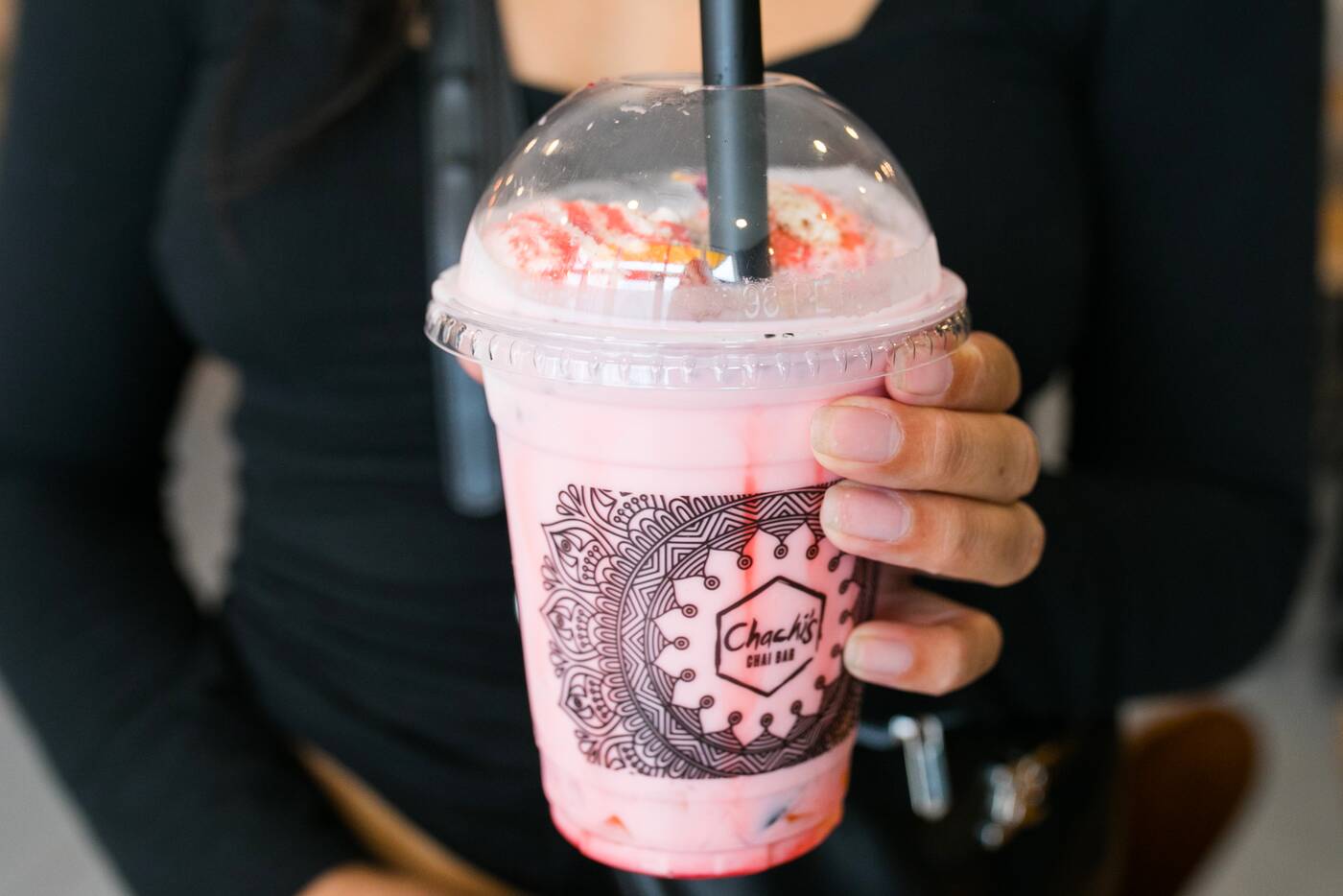 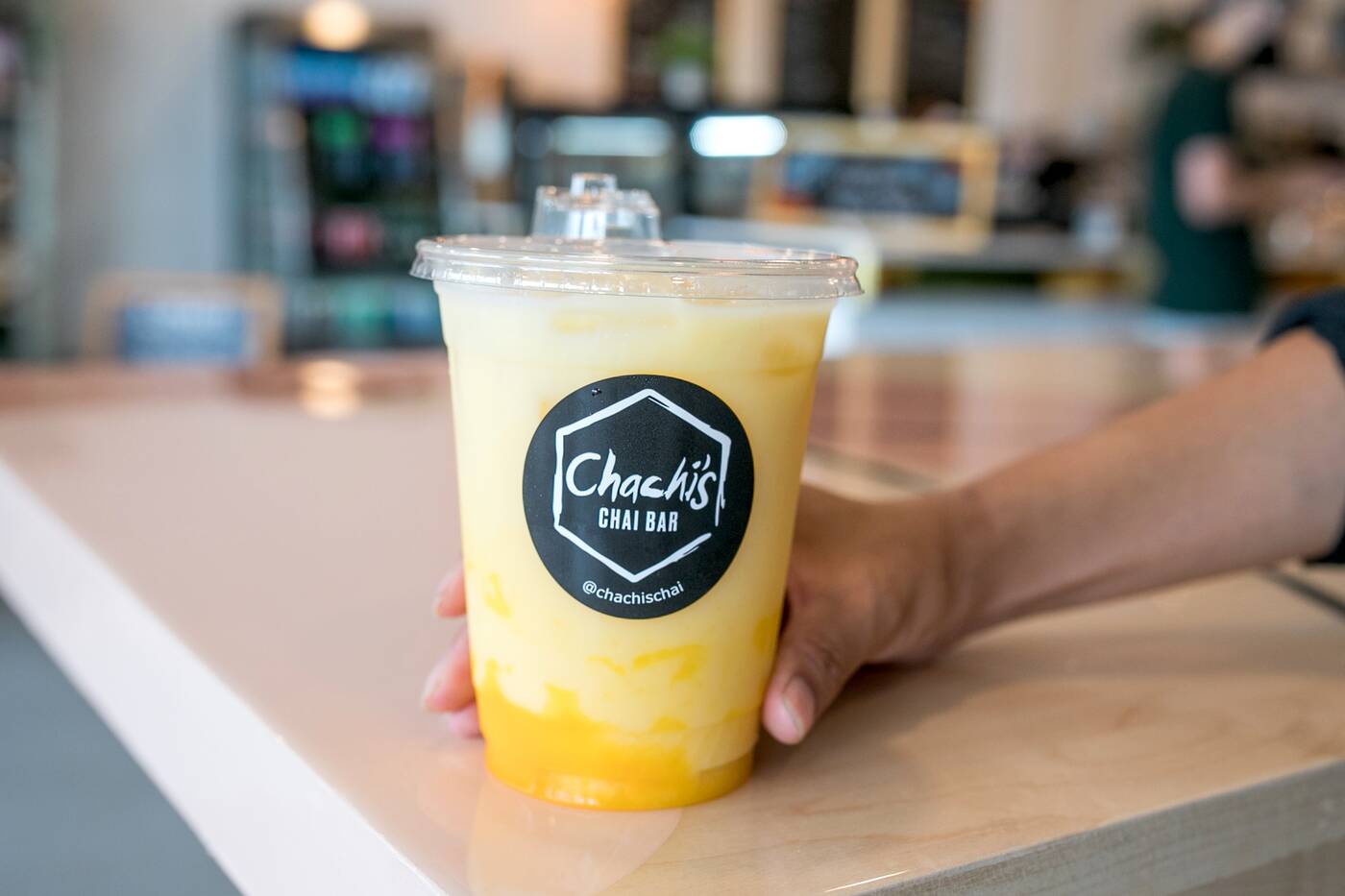 The Kesari Taj Refresher is a mix of mango, cardamon, coconut milk, and soda ($5) that sends you straight on vacation. 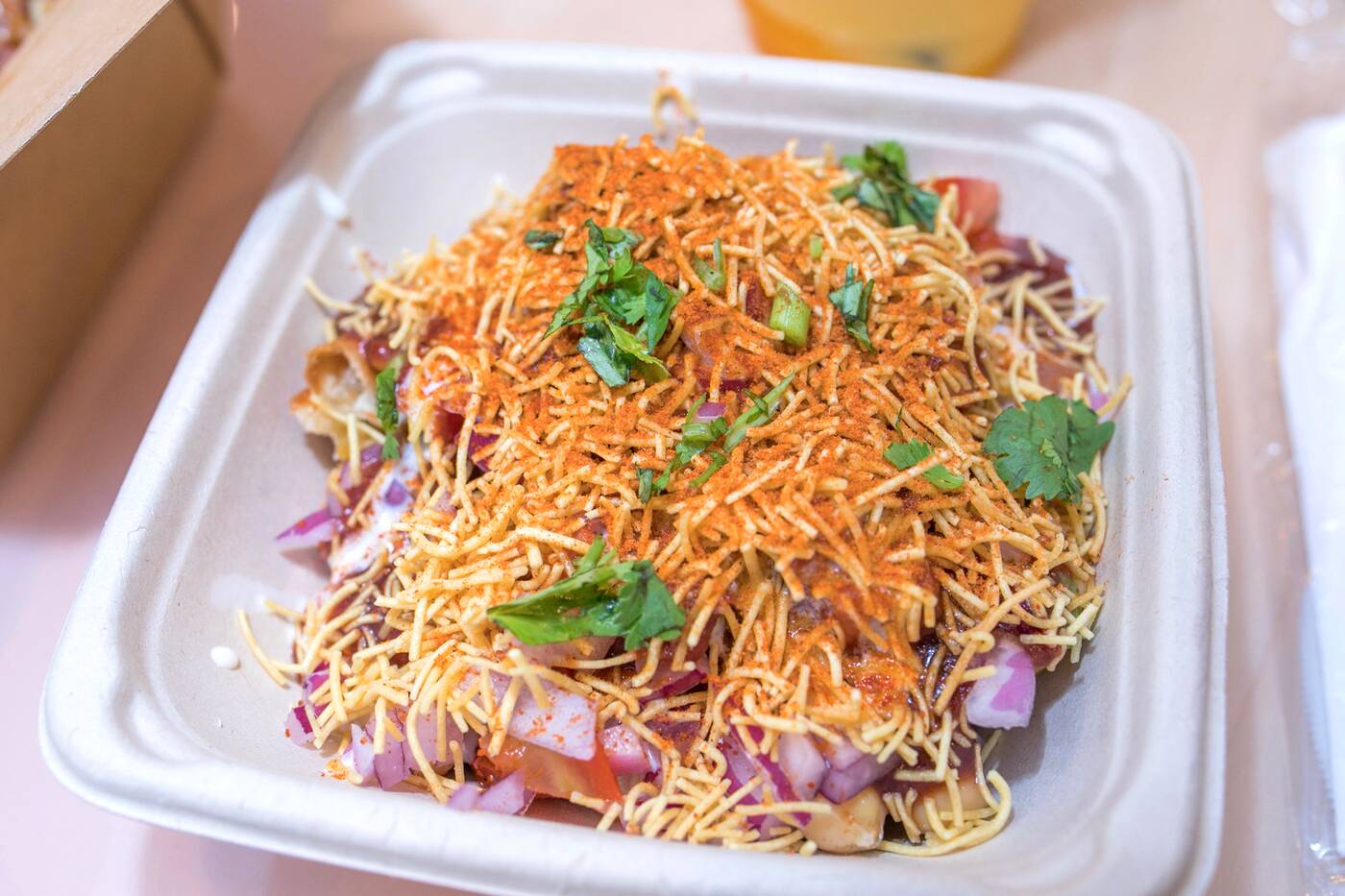 Chachi's also offers up some street food, like samosa chaat ($7.87), with samosa covered in crispy sev. 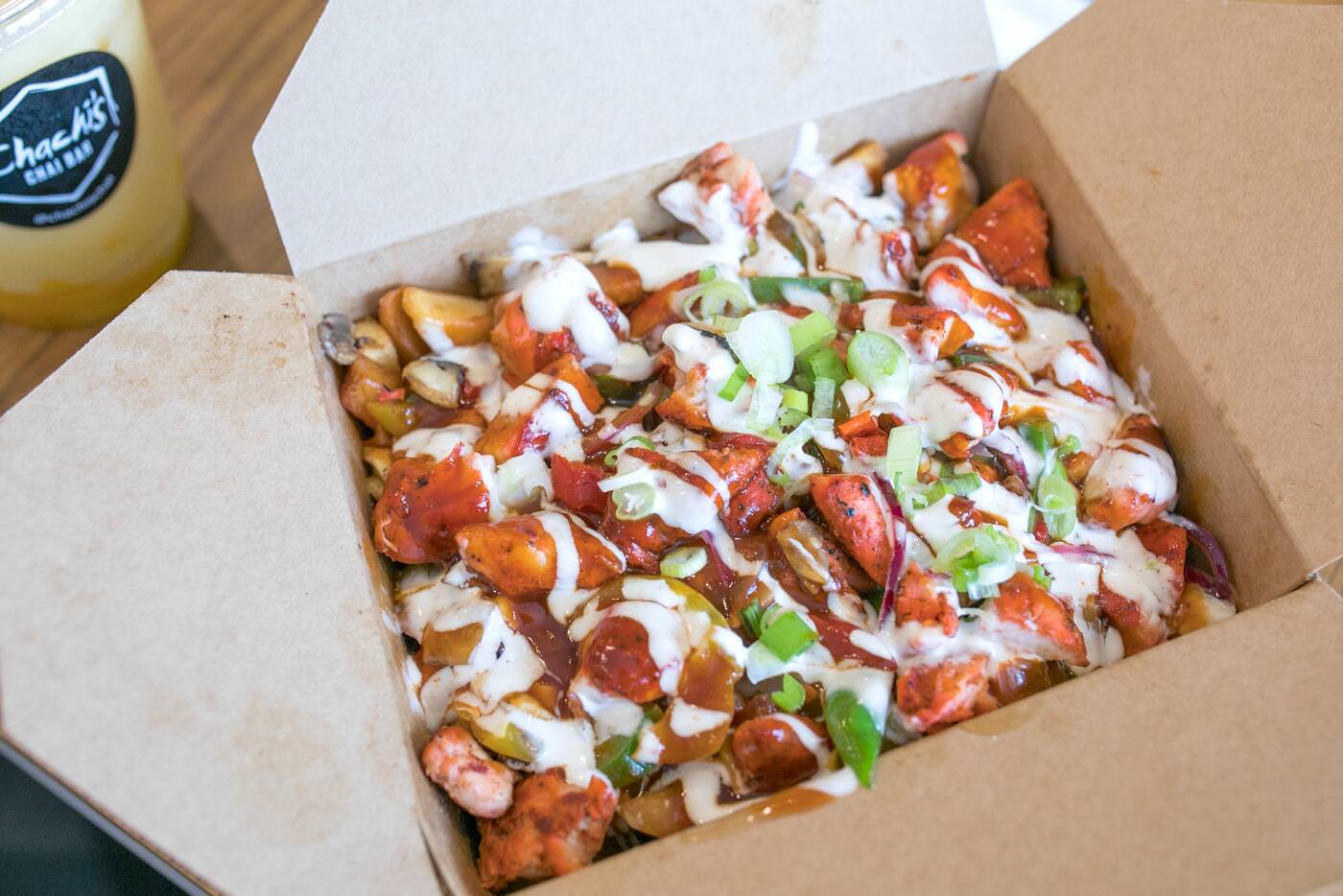 For something heartier, there's a Philly chicken masala poutine ($12.25), which weighs about the size of a baby and comes with a mash up of house BBQ sauce and masala sauce on top of fries. 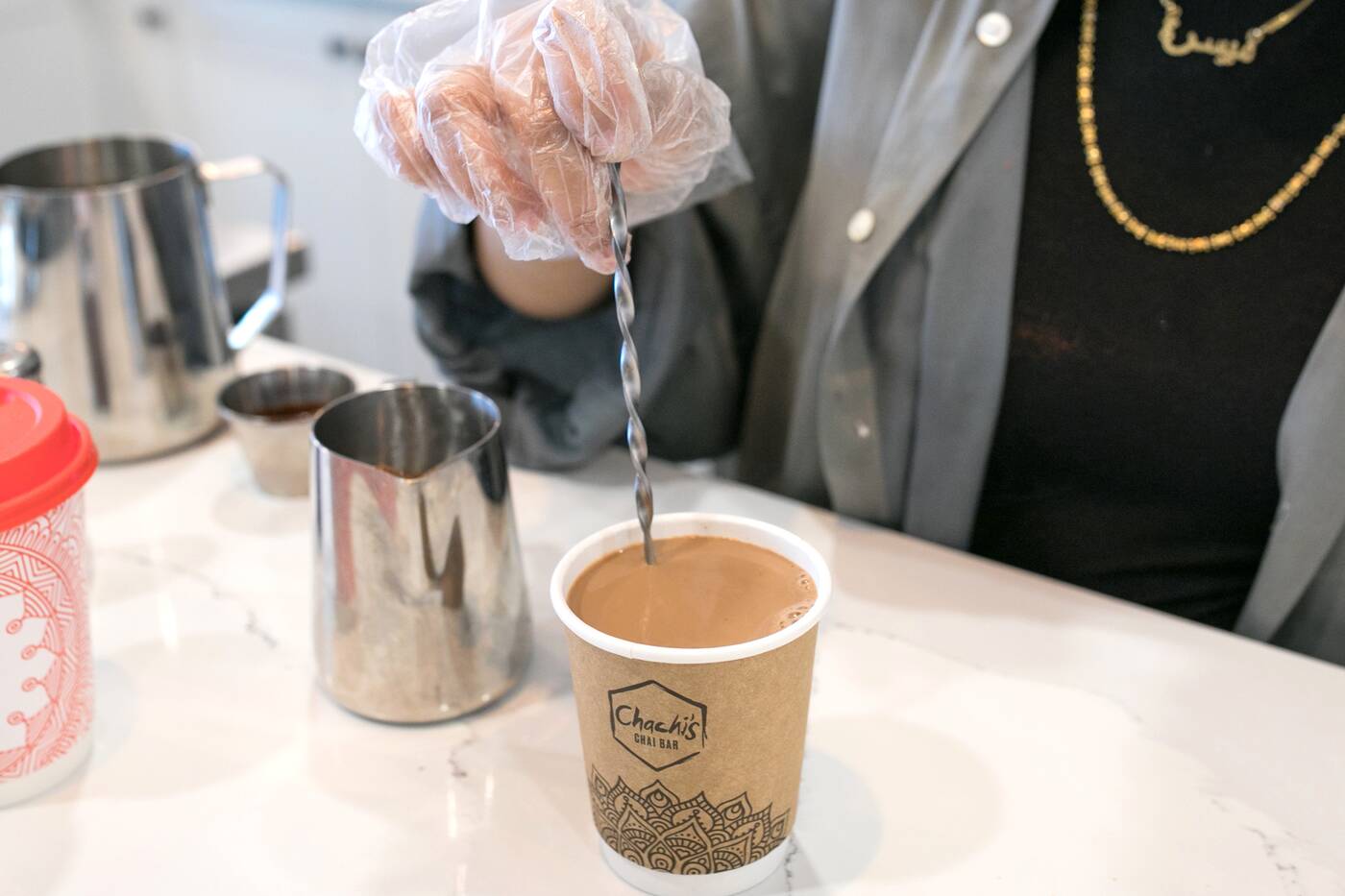 Chachi's is trying to normalize the idea of chai beverages as a daily option, meaning naturally, the cafe also offers coffee to placate those on the other side of the fence. 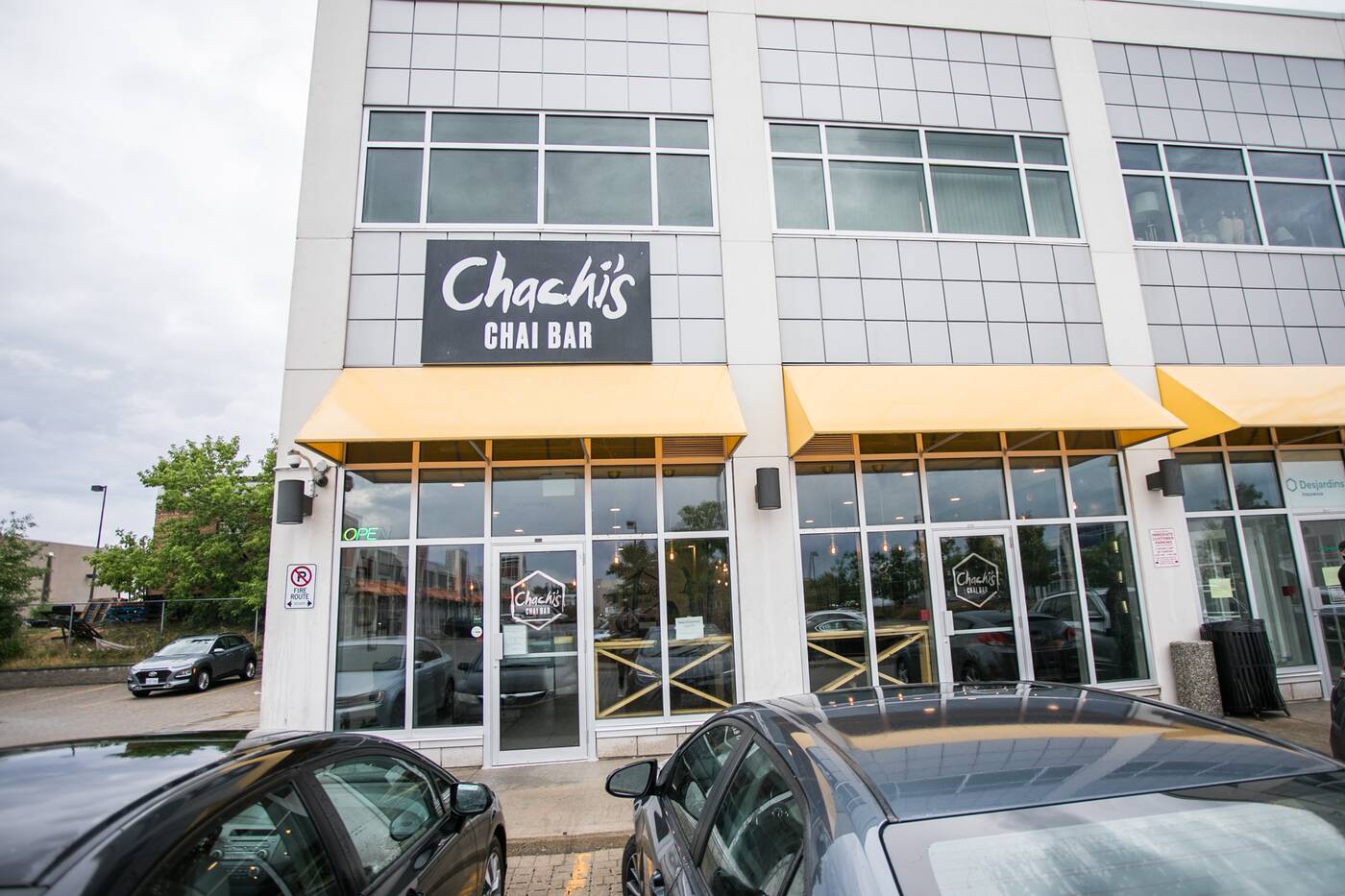